If you didn't know already, my postman is not a man, but a lean, sexy blonde- I'm not even kidding! A dorky fanboy's dream come true... (laughs) toys delivered by an attractive woman! Anywho, I got my first two DC Direct Blackest Night action figures this week! Let's take a quick look:

*DC Direct Blackest Night Series 7 Sinestro Corps Arkillo!
I'll say it: I get annoyed with Mattel trying to make me buy a whole Wave of DC Universe Classics in order to put together one of their "collect & connect" figures, most especially Arkillo, Darkseid, and Kalibak. In a lot of cases, DCUCs have better articulation, but DC Direct make some of the most artful action figures, and designed to emulate actual comic book series characters. And of course, Mattel's inconsistent and mysterious distribution methods are notoriously frustrating to collectors. I preordered this guy, along with a DCD Orange Lantern Lex Luthor (being released next week)- didn't want to miss them. 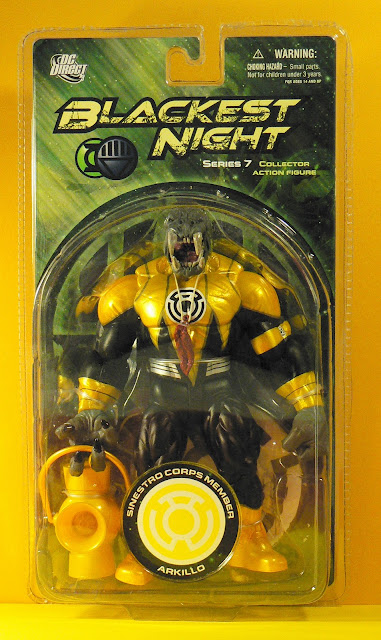 *DC Direct Blackest Night Series 1 Atrocitus!  Like Arkillo, equally gruesome and awsome!  I am a visual kinda guy, so I buy toys that appeal to my peepers- it doesn't matter if I know anything about them, part of the fun being the researching them. Behind on comics knowlege from the 90's until just a few months ago, I still haven't read Blackest Night, but of course now I will! While this may seem in backward order, I think it's fun and I have a lot of catching up to do. 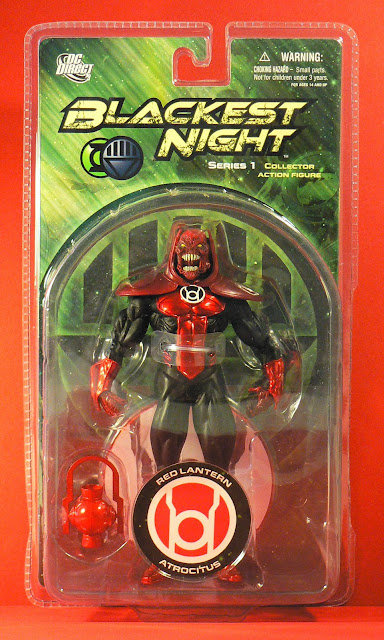