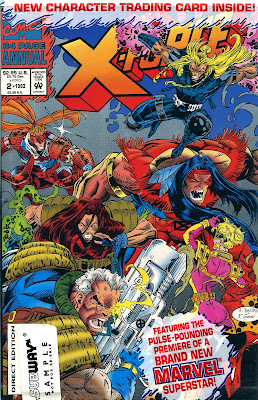 Gosh I love comic annuals- they are usually double issues, and often a story you don't need knowledge of running continuity within a title to enjoy. I found this X-Force Annual #2, Vol.1 from '93 in the dollar comics some time ago, poly-bagged with a Subway sample sticker on it- you'd think a fast food restaurant would give away a lesser title like X-Men Adventures or something, but instead we get a 64 page annual of a hot title, introducing a new character as well. Fabian Nicieza wrote the story, and  Antonio Daniel did a dynamic job penciling the  issue. 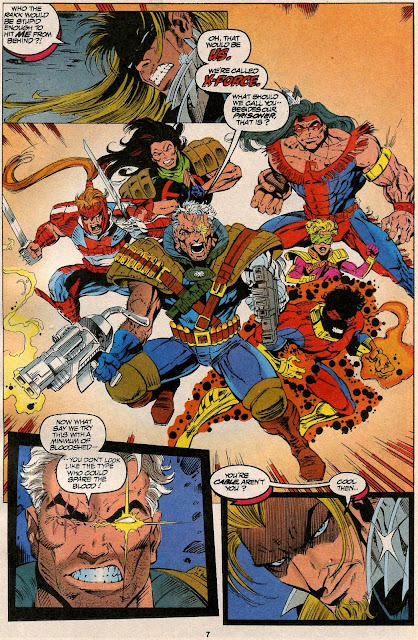 Cable & Co. take on fellow mutie X-Treme, whose loyalty belongs to Martin Henry Strong, yet another self-loathing mutant bent on curing all of their genetic "defect". With Strong's promise of a cure and in search of his unknown past, X-Treme topples X-Force when they intervene his attack on Neurotap (Michelle Balters, making her first appearance along with X-Treme and Strong in this issue).  Romantically involved with X-Treme, she betrays X-Treme to win help with her comatose parents from Strong. 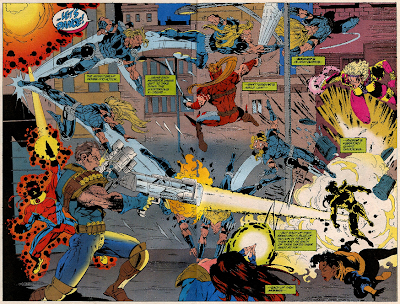 Using his Shi'ar blades to cut his enemies and thus oxygenate their blood, X-Treme used his unique ability to ignite the electrolytes present, burning his victims from the inside out.  Sounds unpleasant, no? 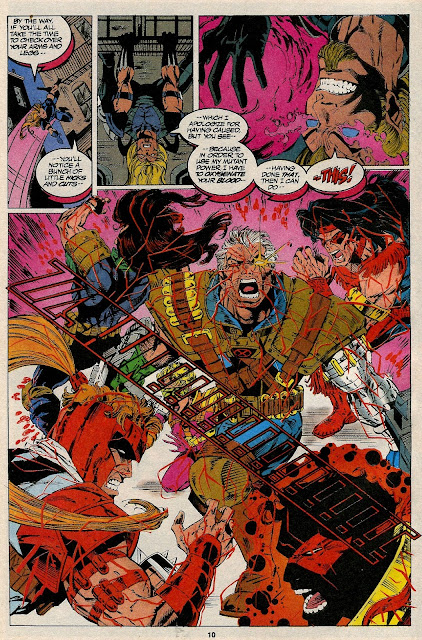 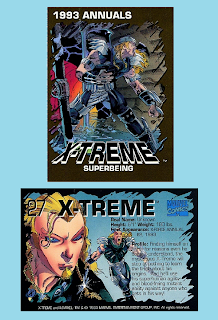 Neurotap eventually leads X-Force to Martin Strong, X-Treme seeing the error of his judgement and helping defeat him.  X-Treme, later known as Adam-X, is even offered to run with X-Force, but soldier's on in search of his past. It won't be the last we see of him though, as Adam X returns in X-Force #30 to battle Shatterstar again-but that's a story for another time  :)   Like a lot of those X-Men related titles from the 90's, this one came with a character card, and features the new character X-Treme. Everything was poly-bagged, collector's edition, foil/alternate cover back then- all in an effort to appeal to the sudden glut/boom in sales driven by market speculators, crashing the market and nearly destroying the industry only a few years later.


More Later- Make It FUN!
Posted by Super-Duper ToyBox at 1:15 AM