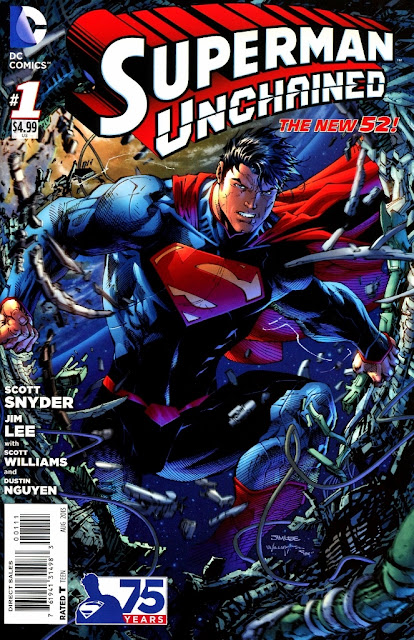 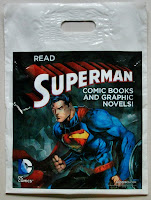 Sounds funny coming from the Super-DuperToyBox, but I haven't picked up a lot of Superman books- I've read more JLA stuff and team books that feature the 75 year-old DC Comics hero, but only picked up one Action Comics annual from the New 52 line. Superman is everywhere now, and along with the new Man of Steel movie, DC Comics has launched Superman Unchained book this month. They've been warming us up to this in the Comic Shop News weekly, in every New 52 issue put out, and even on the bags we are sent home with from the local comics shop. First, I'm a big Jim Lee fan- I love his style, and really enjoyed the art in those first six issues of  the New 52 Justice League. I'm not as experienced with Scott Snyder, but by all accounts his work on the recent Batman title was great.... 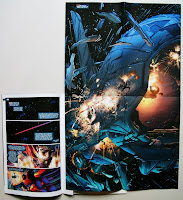 I paid $4.99 for this issue, but the extra-thick, glossy cover with Jim Lee's illustration on the from was too much for me to pass up. The story gets moving pretty quickly, Superman tearing through an international space station called the Lighthouse, the programming compromised, turning the ship into a nuclear missile headed for Earth. The destruction of the Lighthouse is printed in a four panel foldout that shows Superman tearing through on one side and returning to find the helpless astronauts trapped within on the verso. This was certainly an eyeful and a real treat, but it was attached in a cumbersome fashion, the folded art stuck to a spine extension with rubber gum. I removed the gum easily enough, but now the folded poster just sits loose in the book.... and I'm unsure if I like that... 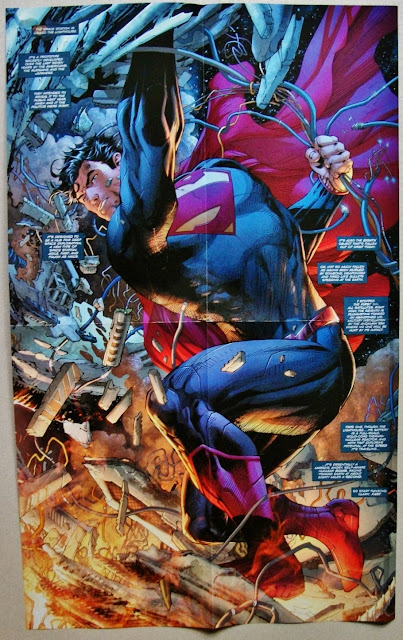 Superman suspects Lex Luthor will know if the cyber-terrorist organization Ascension is behind the Lighthouse disaster, and after rescuing the astronauts, he intercepts a hijacked police helicopter to question the criminal mastermind. Getting nothing but eccentric nonsense from Lex, Clark later realizes what he overlooked before while enduring a critique of his freelance story of the Lighthouse event by Lois Lane... 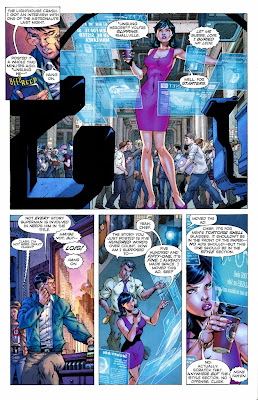 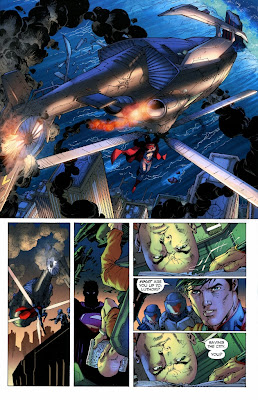 It seems one of the eight satellites compromised during the Lighthouse event crashed into the ocean, and when Superman goes to investigate, he finds a hand print- someone with a lot of power changed the satellite's course, saving the installation in Thailand he thought was in it's trajectory.  A  U.S. sub mistakenly fires on the Kyrptonian while his back is turned, the terrified crew alerting base that Superman may now find out the secret they've been hiding... 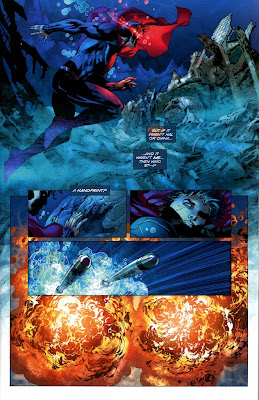 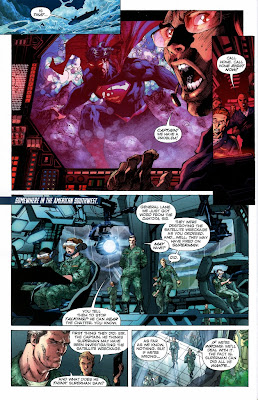 ... the secret that even if Superman could figure out where the submarine is reporting back to,  he could never defeat the "real Superman" Uncle Sam has employed for the last seventy-five years...! 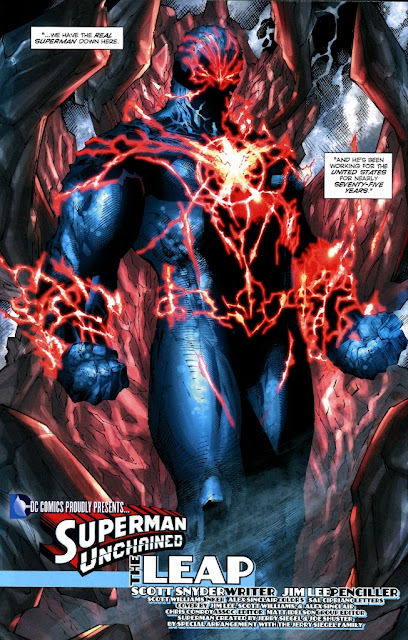 Is that Commander Steel? I'm unsure, but the government uses this "hero" as a living weapon, so I may have to read the next issue to resolve my curiosity. This was a great looking issue with decent writing, but I would have liked more story as opposed to the "5.2 Questions" section and Jimmy Olsen/Perry White epilogue at the end, the latter being the more interesting of the two special features. While I was excited to read this, I felt a little gouged at $4.99 with all the hype advertisement fluffing up this otherwise decent issue. At any rate, I'm really looking forward to the movie!