As Transformers are still a new thing to me, I've virtually no experience in the past toy lines before, but a long-time collector I know is selling off some of his older bots to make new for these newer Generations and Combiner Wars bots. That tells me I've not wrong to be taken with them. Brainstorm is exceptional for his nice size, articulation, and opening canopy that hold his transforming head, which can be unfolded into a tiny figure. The pilot's seat flips down to reveal Brainstorm's power stats, high in the intelligence quotient! The Headmasters as they're called, are a type of Transformer comprised of two beings- one lesser, often humanoid "head", and one larger sentient being as the body. The continuity surrounding these beings has changed over time, but in the G1 cartoon continuity Brainstorm partners with a humanoid as strategy against the Decepticons. Check out the video: 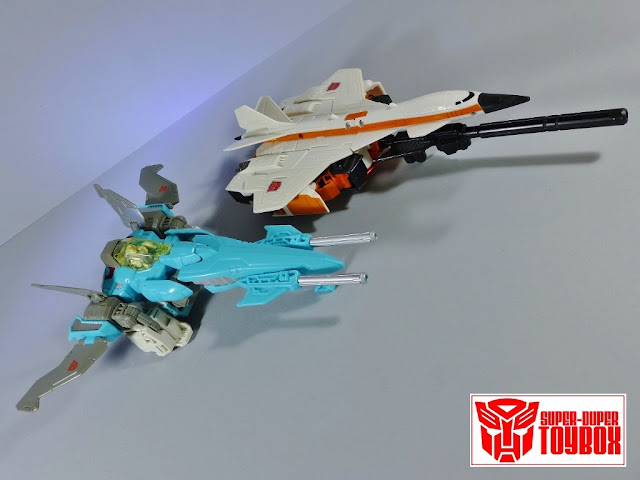 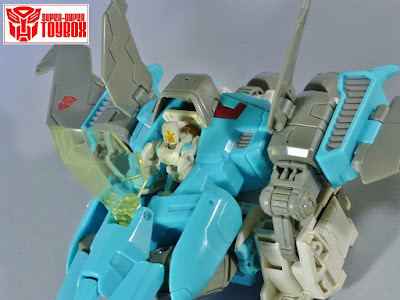 Transformers Generations Brainstorm and Silverbolt in robot mode... what a pair! 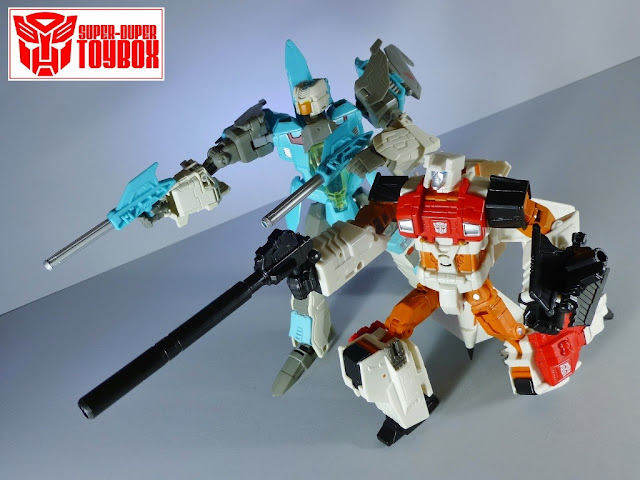