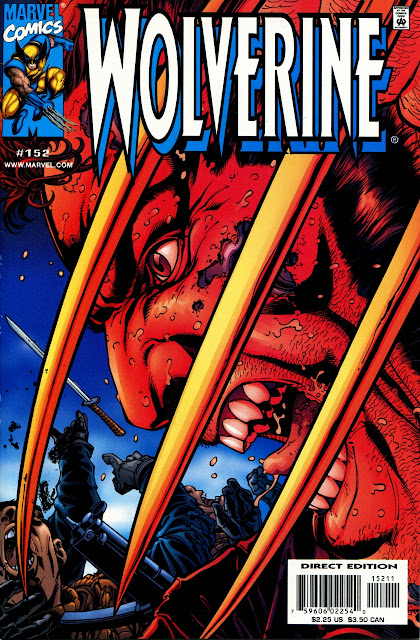 Continued from my last post on the Wolverine #150 Giant-Sized Special, the "Blood Debt" story further unfurls, Logan tangled in the ongoing Kaishek clan power struggle between Kia and brother Haan! I couldn't find issue #151 in the dollar comics bin, but I did find #152 & #153 from July and August of 2000, respectively. There are a lot more scenes of Wolverine taking on piles of baddies, as illustrated below, after Kia betrays Gomm, and seeks to do the same to Haan. Logan reluctantly follows as bodyguard for the ambitious sister, looking for a window of opportunity to free the captive Amiko and Yukio. 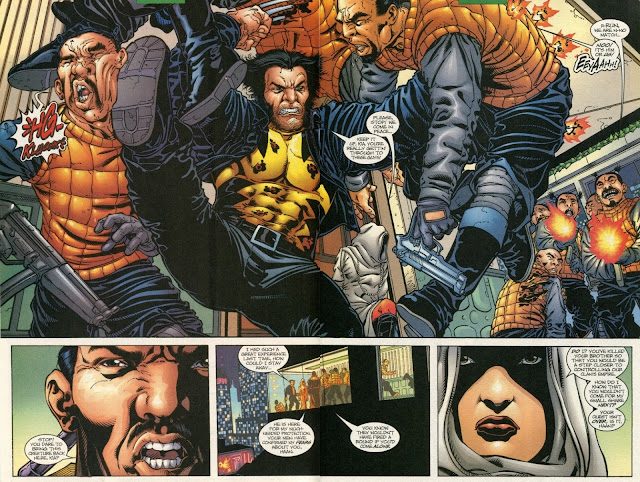 Logan returns to find Kenuichio and Amiko, discovering Yukio has left for outer Mongolia to confront Kia, Pleas of young Amiko and battered Kenuichio are unequivocally shut down by the bloodied hero, determined to collect his debt in blood alone... 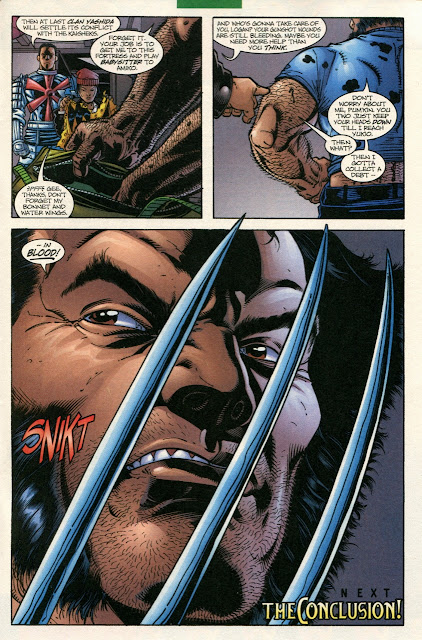 ...and collect it he does. Wolverine # 153 concludes the "Blood Debt" story with Kenuichio and Amiko defying Logan, following him to a downright brutal takedown of Kia. The team barely survives the conflict, barely escaping the Kaishek tower as it explodes, a spark setting off a broken gas pipe by the clashing of Kia's sword and Logan's adamantium claws! Exhilarating! While I'm no literary critic, I really enjoyed this dark, but engaging return on the earlier Wolverine Vol. 1 characters, and continuance of the clan mythos. Classic Wolverine evolving into darker, modern Wolverine! 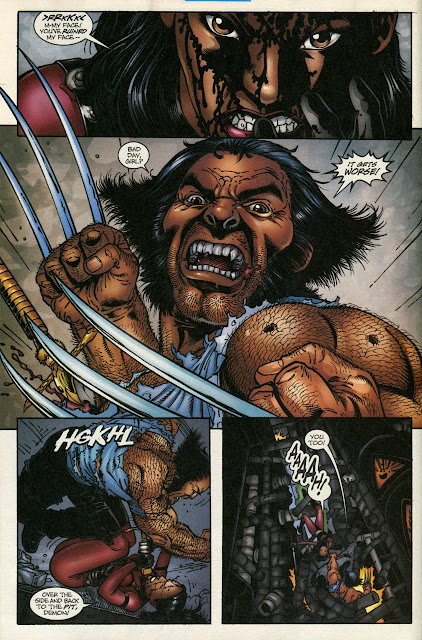 Dropping right when 20th Century Fox brought X-Men to the silver screen, these issues are packed with advertisement for the movie, merchandising for ToyBiz action figures, and solicitation for the new Ultimate X-Men book that would be released in February of 2001. Things like this are a big part of why I love the dollar comics bin, like small time capsules from exciting times past! 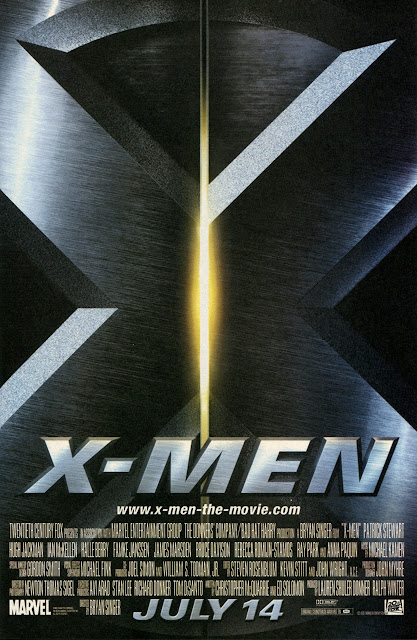 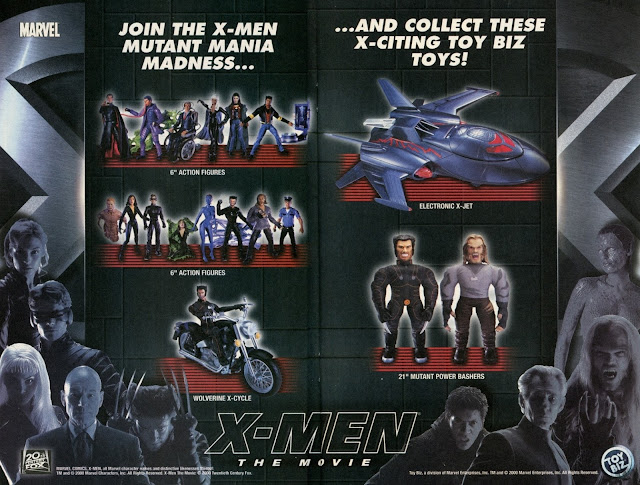 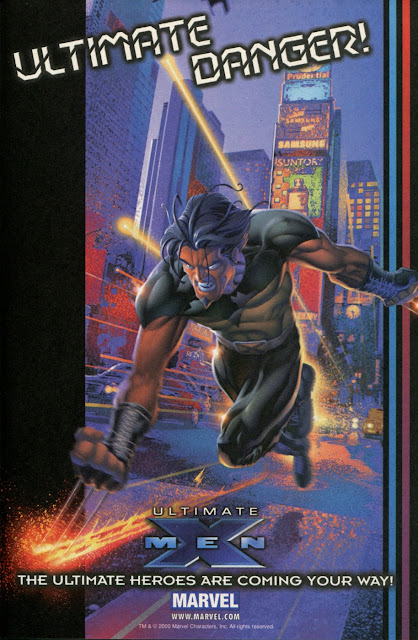 More Later- Make It FUN!
Posted by Super-Duper ToyBox at 8:42 AM