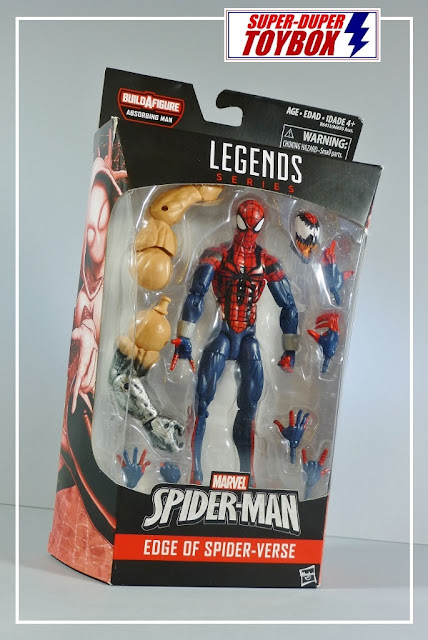 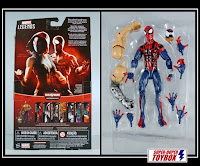 I'd been sitting on this 2015 Marvel Legends Ben Reilly Spider-Man since February, bought from an eBay seller long after his retail debut. He shares the same buck as the All New Amazing Spider-Man, which I loved The arms for the Absorbing Man BAF are included, but more interesting are the Carnage hands and head accessories included that make this figure too much fun. The vibrant red against the dark blue, big eyes, and modern Hasbro sculpt make this a dynamic figure I've been looking forward to opening. 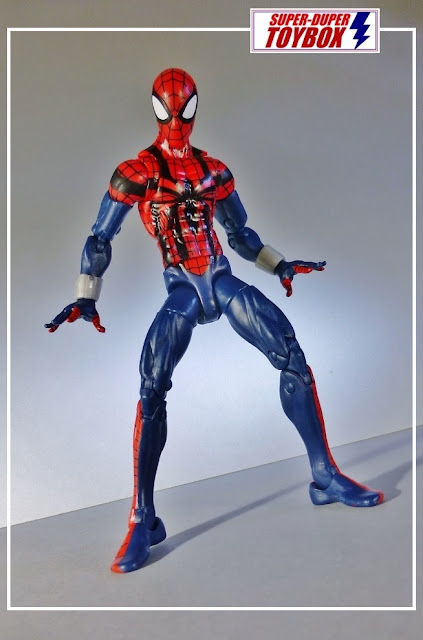 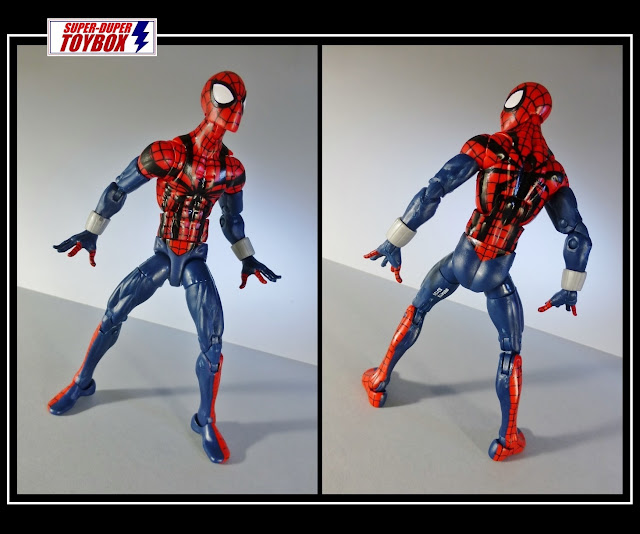 All the appropriate modern articulation is present here, including butterfly joints at the shoulders. Collectors have bemoaned the limited hip spread, considering the acrobatic character, but they are functional enough for me. Ben Reilly also comes with no less than three sets of regular hands in addition to the Carnage hands, making this an unusually loaded Marvel Legends release. I appreciated this outfit in it's time, and love it on this lanky buck- what a fun action figure! 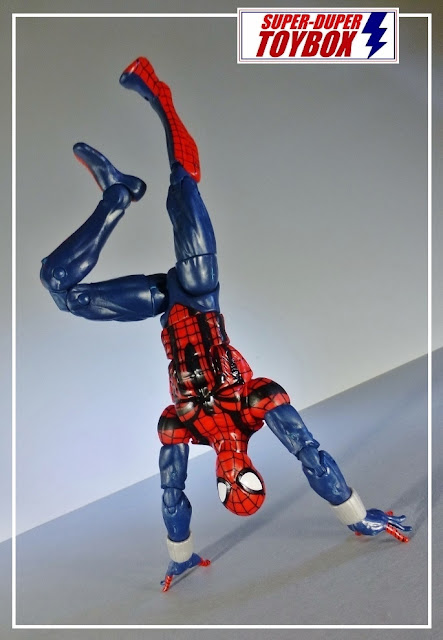 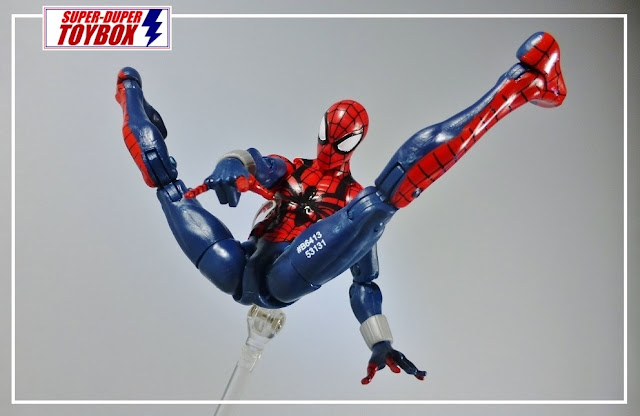 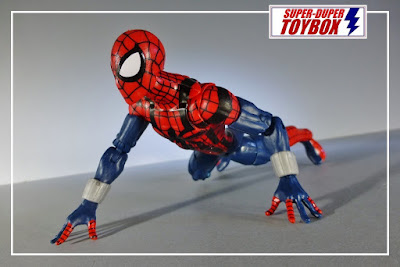 As I said, the Carnage head and hands accessories are extra cool, a nod to fans referring to the Web of Carnage story, when Ben Reilly traps the Carnage symbiote inside himself ...becoming Spider-Carnage (1996). I never read the Clone Saga from 1994 to 1996, detailing the long and somewhat convoluted story of Peter Parker's passing of the Spider-Man mantle to clone Ben Reilly after realizing he was actually the clone of Ben  … then later discovering he was in fact the original? Ugh. Still, I love the idea of Spider-Carnage, and the accessories make this figure special. 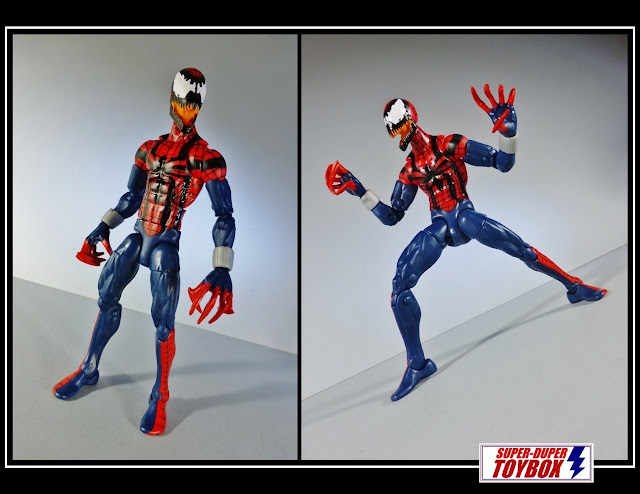 Below, Ben Reilly with Hasbro's 2008 version from the Marvel Legends Ares Series. This older figure gets a lot of criticism, but I always liked the sculpt.  Ben Reilly certainly is an upgrade, but Hasbro was still struggling to find their own style for the line, only haven recently taking the line over from ToyBiz in 2006. 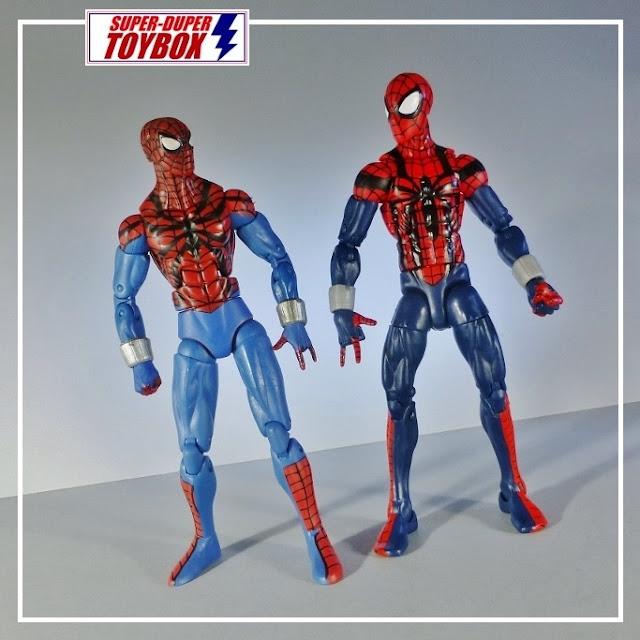 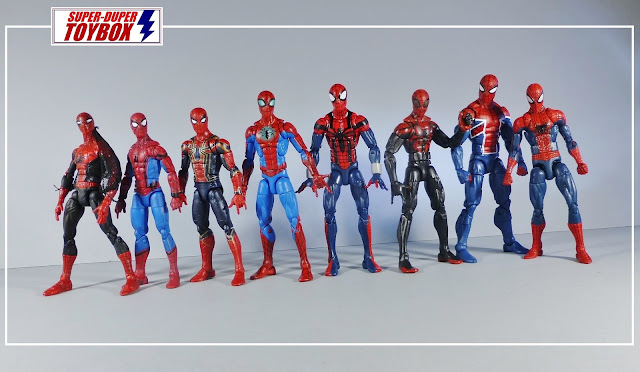 More Later- Make It FUN!
Posted by Super-Duper ToyBox at 8:17 AM