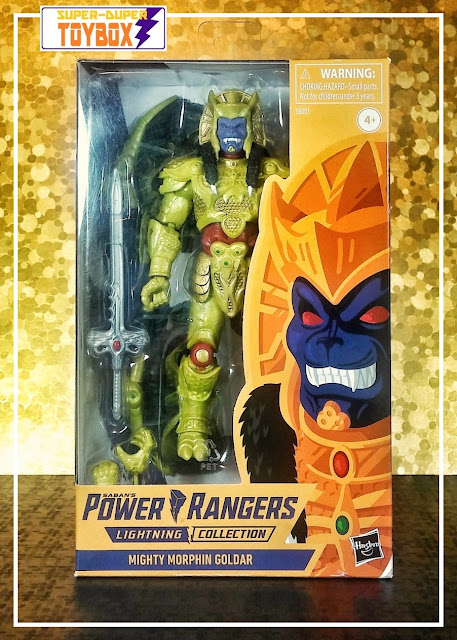 I've had a few Power Rangers throughout my action figure collecting of the last 10 years, including a handful of SH Figuarts Super Sentai- the Japanese franchise upon which the American Power Rangers were based on in the '90s. My interest in Power Rangers is based in my interest of the Super Sentai/Kamen Rider aesthetic, with no real nostalgia for the American adaption, as I was a busy college student by then. Regardless, a cool action figure to mix with my other figures is at times considered, particularly one as singular as this. And being a 6" Hasbro, Goldar will fit right in with my diverse Marvel Legends collection. 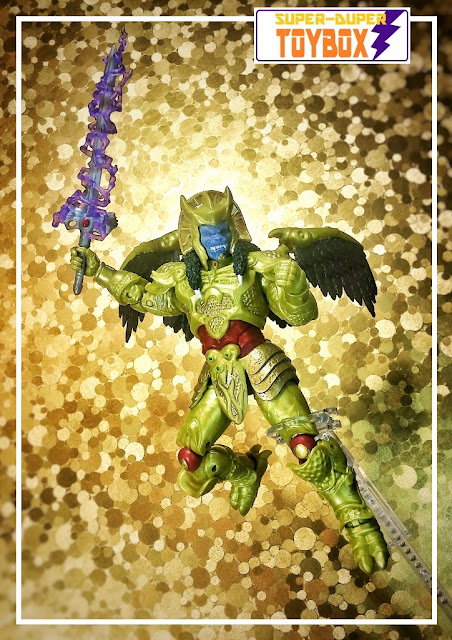 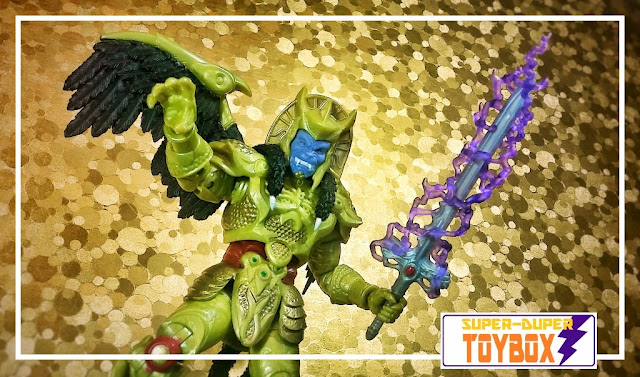 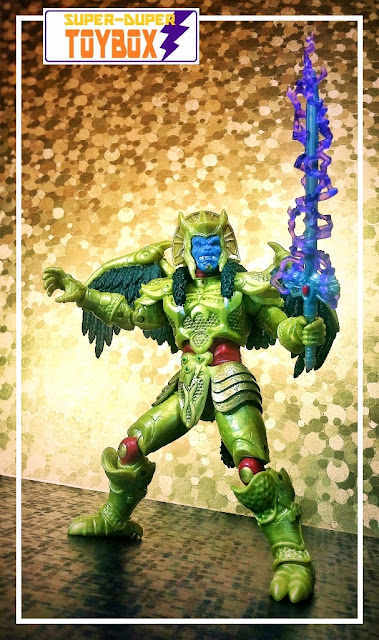 Goldar includes an extra set of hands, and a nice sword with a lightning effects accessory. His wings are hinged at the back and top, and are mildly cumbersome to pose. They do have a nice sculpt, consistent with the great detail throughout the figure's armor. This figure shipped for $17.50 from an eBay seller, making him a fantastic value. Based on Goldar, I may be interested in other Lightning Collection figures, particularly any unusual villain. 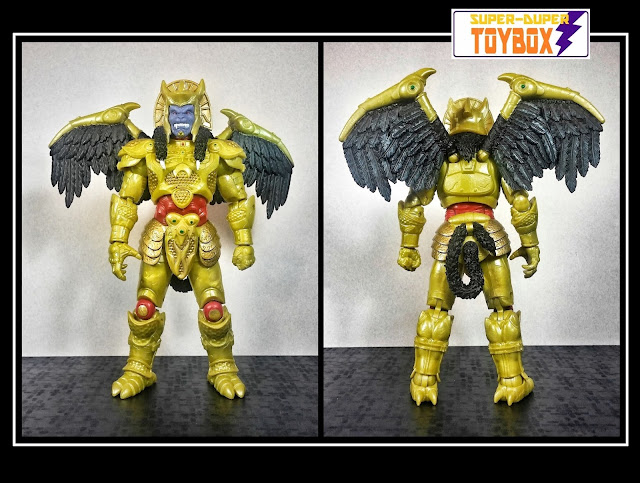 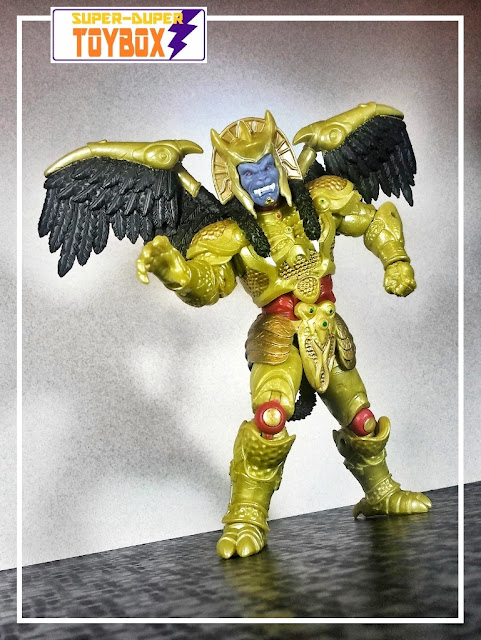 Goldar was derived from the Japanese Sentai Zuyranger character, Grifforzar, a goon of Lord Zedd in the American Power Rangers, but I'm more interested in his candidacy for one of my many Marvel Legends villains. Though limited due to his bulk, Goldar has similar articulation to a typical Legends figure, and blends visually with their colorful cast of characters. 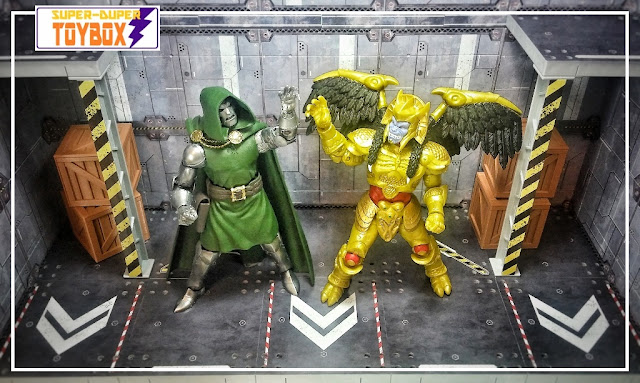 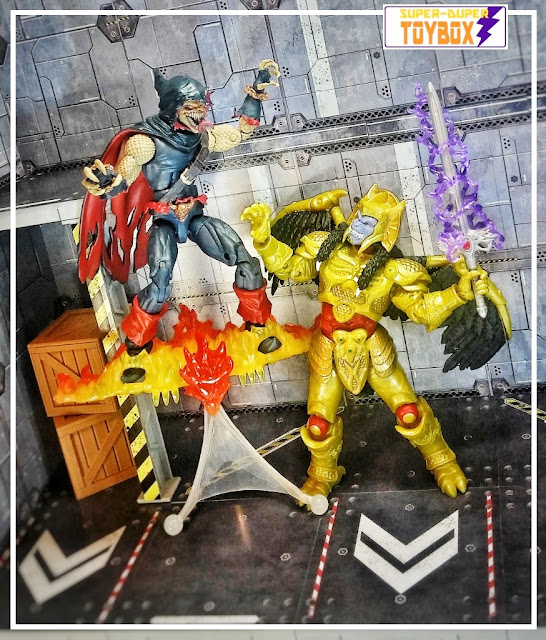 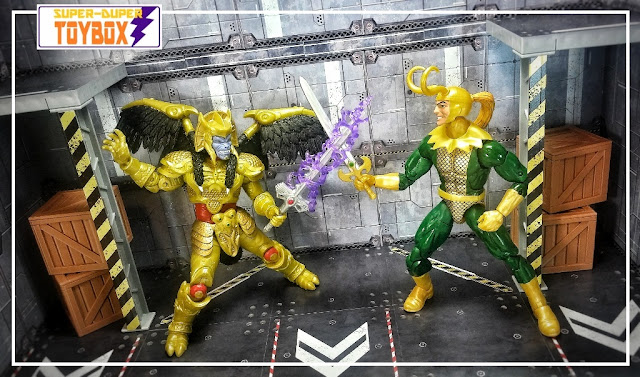 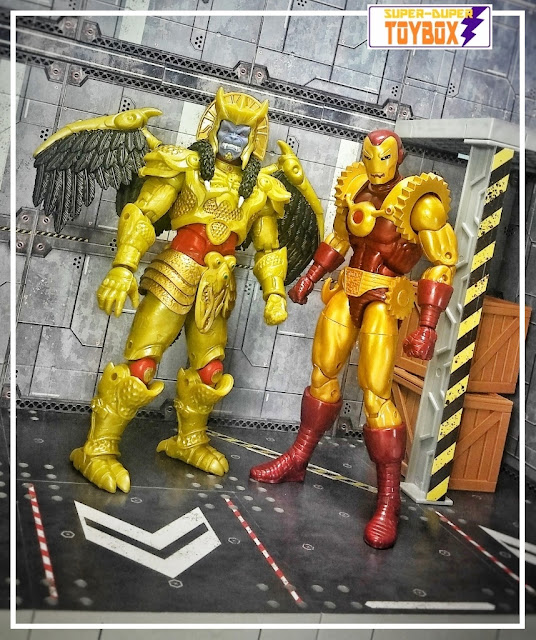 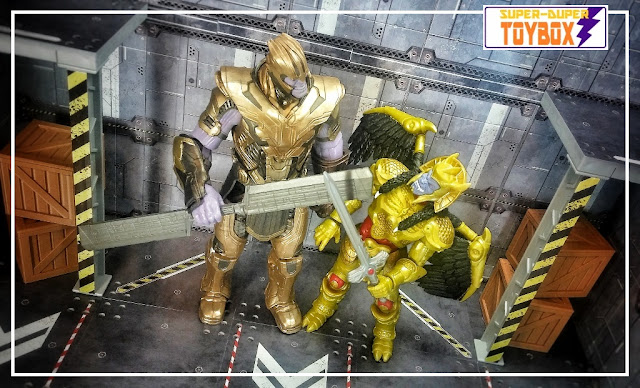 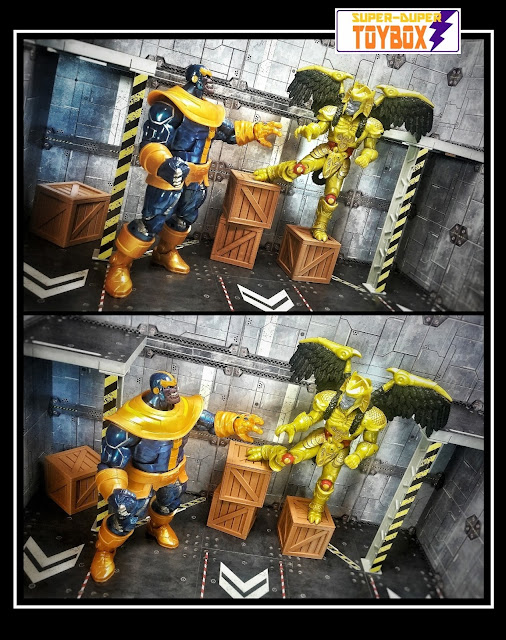 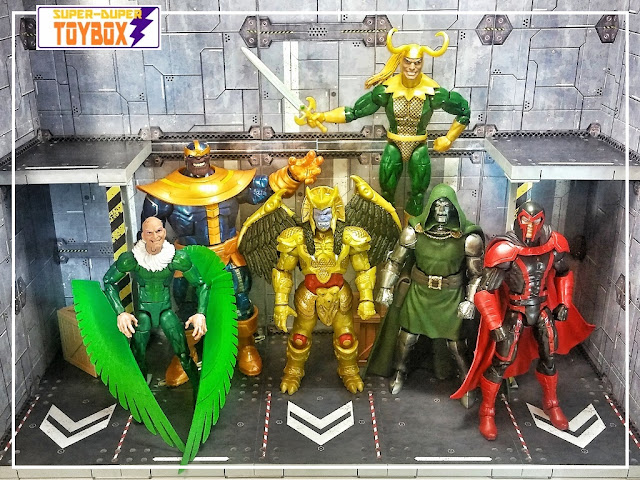 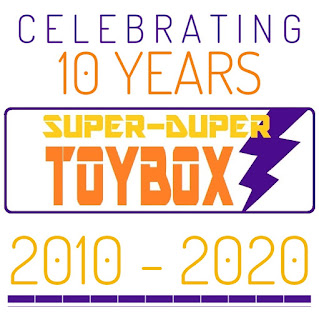 Posted by Super-Duper ToyBox at 11:09 PM