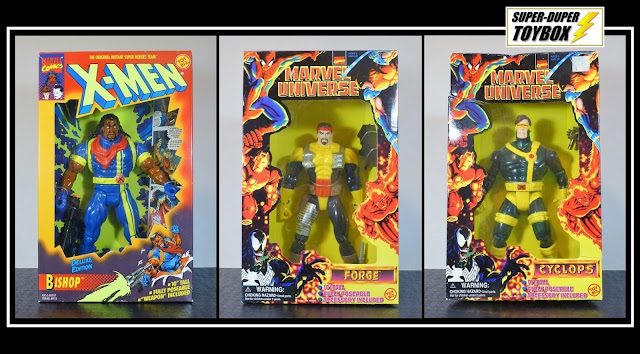 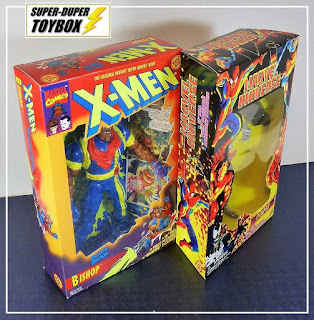 These 10" ToyBiz figures have appeared on this blog several times, all the way from the outset 10 years ago. I've sold several in my collect, but had hung onto a few, including Bishop, Forge, and Cyclops. ToyBiz must have made millions of these oversized toys in the '90s; they seem plentiful to this day. Some are more desirable, fetching more than others, though I've noticed asking prices for most increasing the last 10 years. They are expensive to ship boxed! The oversized boxes were branded to specific character properties of the time, X-Men, Spider-Man, Iron, Man, Fantastic Four; other characters were often branded Marvel Universe, in a box with a more narrow back and blank yellow interior. The X-Men box Bishop came in is fantastic, and great for display, but I've hung onto these so long, I thought it was time to bust them open! 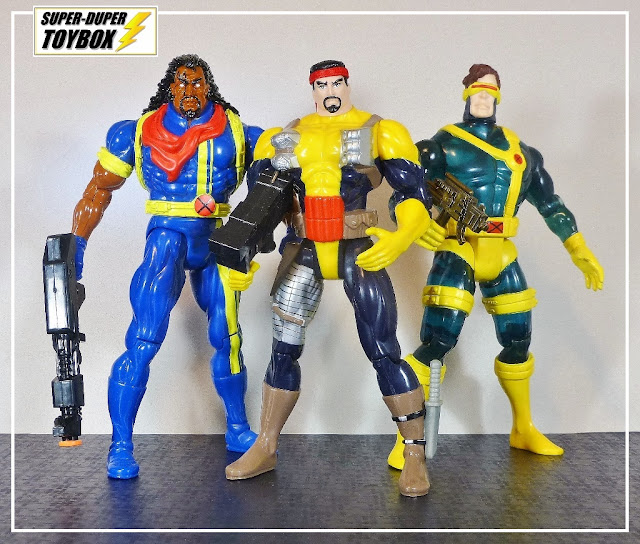 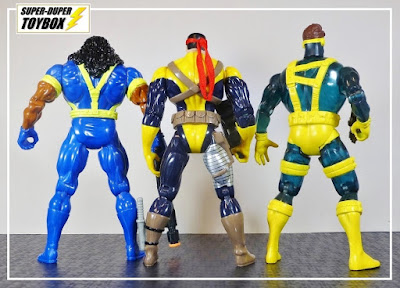 Each of these surprised me in one aspect or another; Bishop has a waist swivel where I though he was fixed. Due to his hair sculpt, the neck is fixed- they may have been making up for this with the waist. Some of the 10" ToyBiz figures have ankle articulation as well, but these all have solid ankles. The color on this figure is eye-poppingly vivid, reminiscent of it's time. I went back in the past ten years  and caught up with this X-Man of the future in Uncanny X-Men #282, Age of Apocalypse, and later, very powerful Messiah Complex. Great character! Bishop was packed with the obligatory, giant '90s rifle, and looks a lot like his appearance in the X-Men animated show of that era. 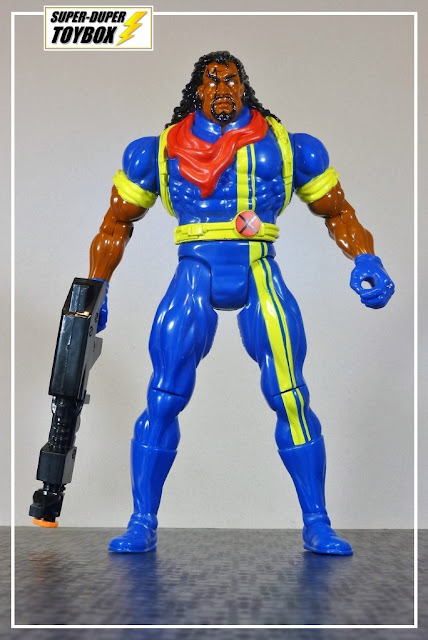 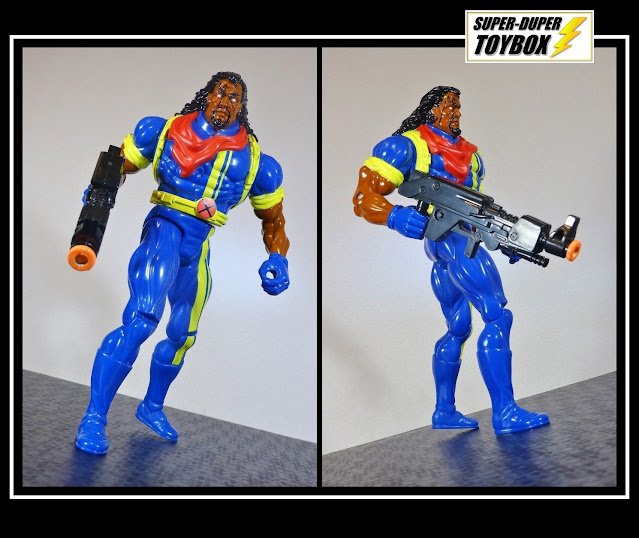 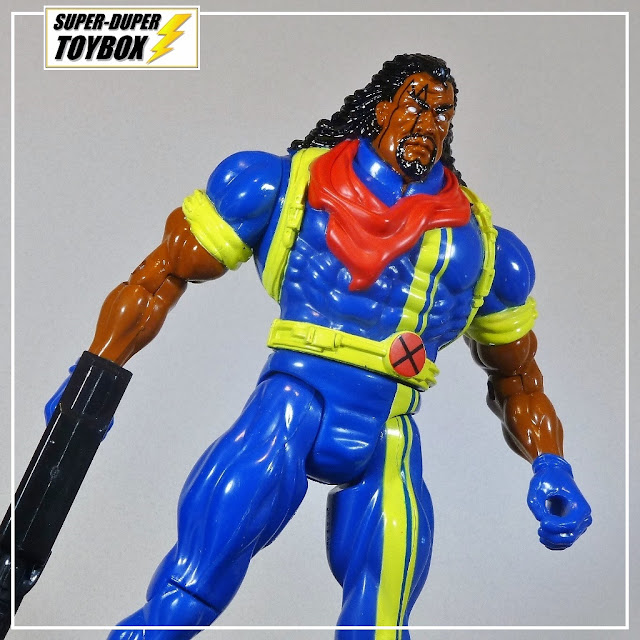 I became more aware of Forge around the same time I did Bishop, reading stray issues of Uncanny X-Men twenty years after their release, getting back into comics as an adult; they were fun, and I enjoyed Whilce Portacio's art. Forge was created seven years earlier than Bishop however, by John Romita Jr. and Chris Claremont in 1984. Forge is a strait-up repaint of the 10" ToyBiz Spider-Man Series Punisher, but surprised me with his real cloth headband, a feature I was unaware of until opening him all these years later. His boot knife is not removable, but adds some visual interest. 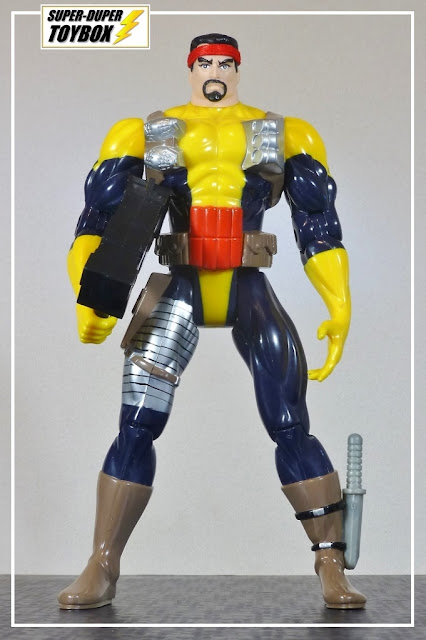 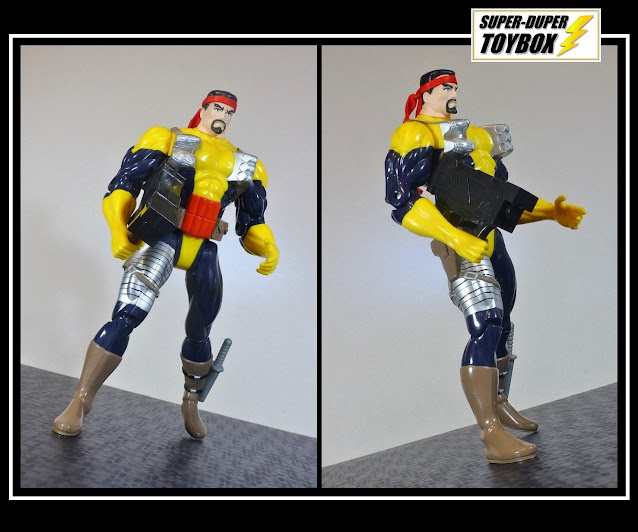 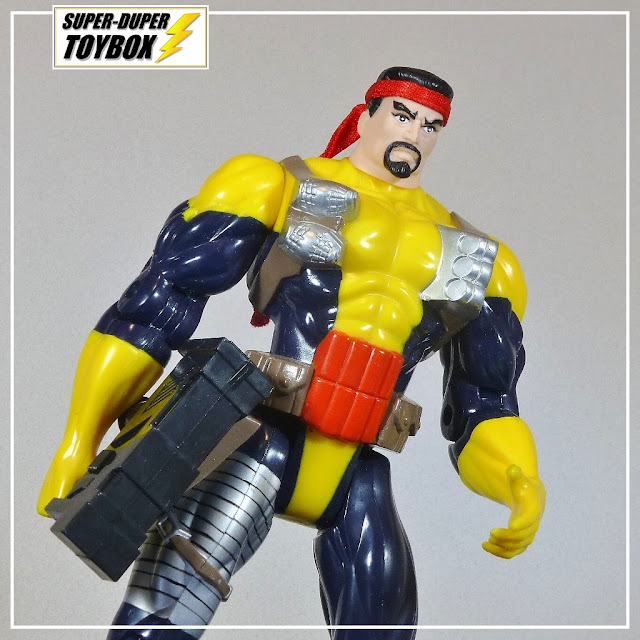 Below, ToyBiz Bishop and Forge with their recent Hasbro Marvel Legends Series counterparts... 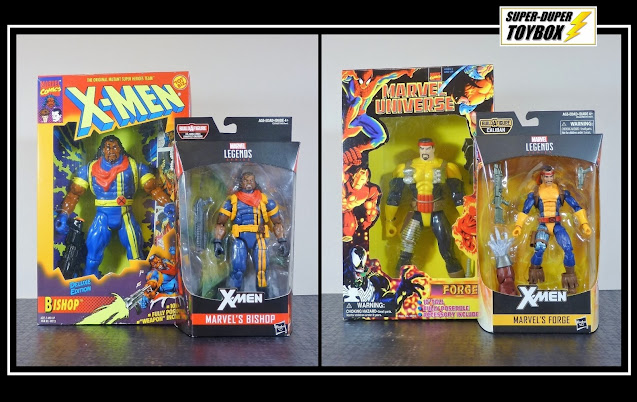 My 10" ToyBiz Polaris came with the same gun Bishop did, cast in translucent green ...! 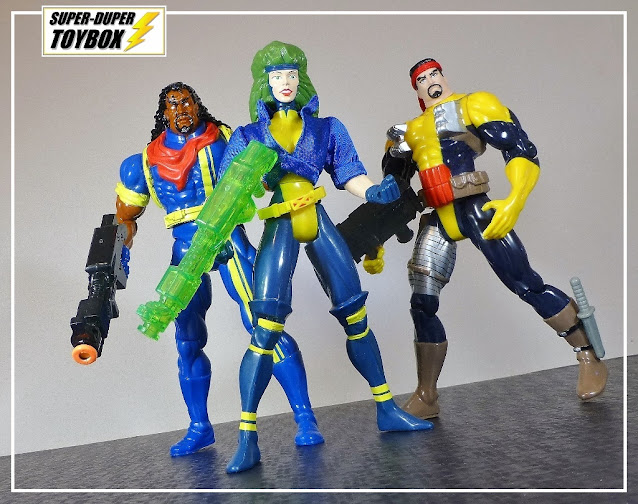 What surprised me about this 10" ToyBiz Cyclops was his translucent blue plastic, undetected by me until only recently. This unexpected surprise made him even more fun to me. Honestly, I've sold every Cyclops figure I've had, but this one kind of makes up for it. Like Bishop, there were variants of this figure, including a metallic finish version, but I am thrilled with this odd, translucent Cyclops. 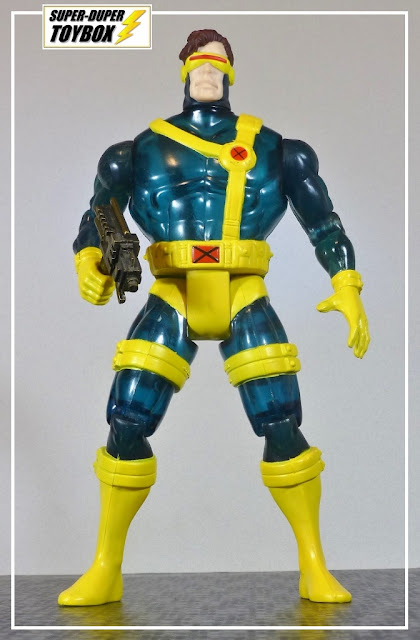 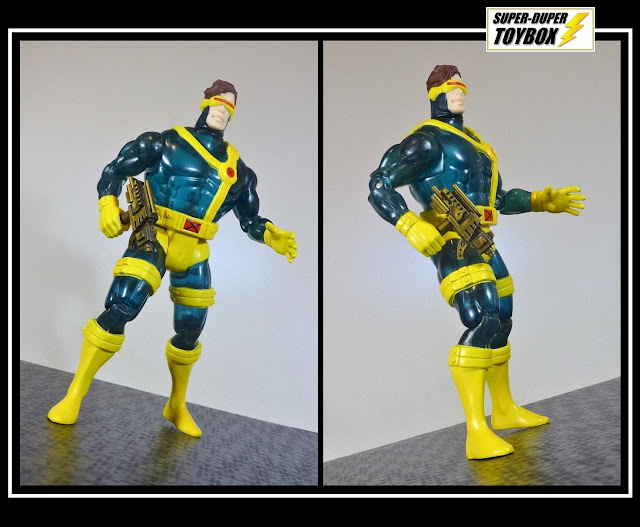 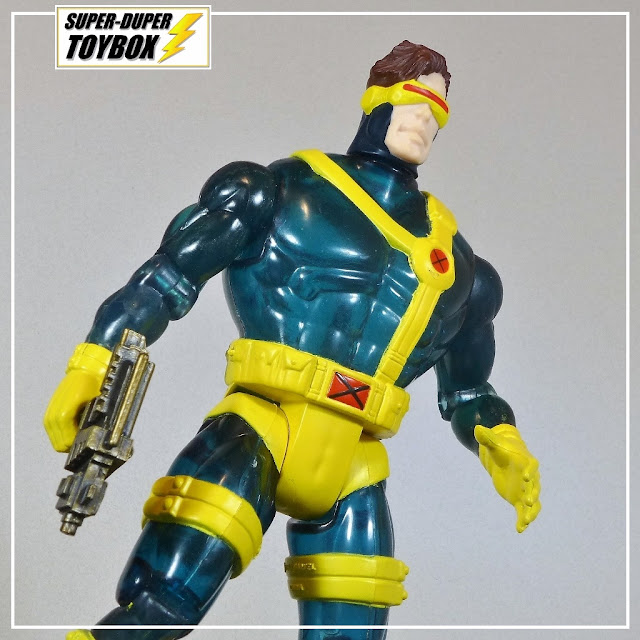 Below, Cyclops with future son, Nathan Summers, A.K.A. Cable, and fellow X-Man, Gambit ... 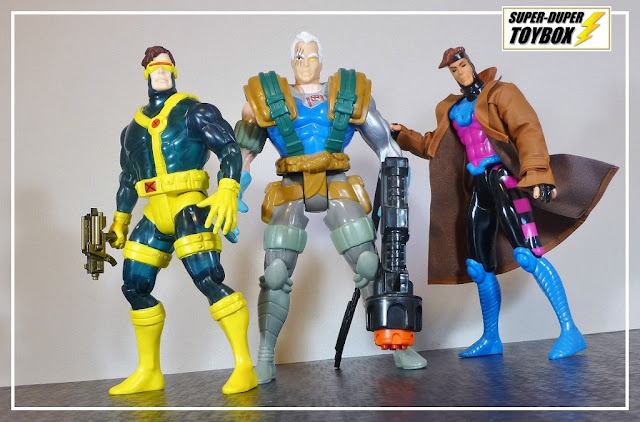 These are just big, dumb toys, some of them downright ugly, but some have a retro charm about them I really enjoy. Bishop, Forge and Cyclops fall into the latter category, but together are another level of fun together. But isn't that true about most action figures? Did you play with these 10" ToyBiz figures as a child, or do you have any in your adult collection? 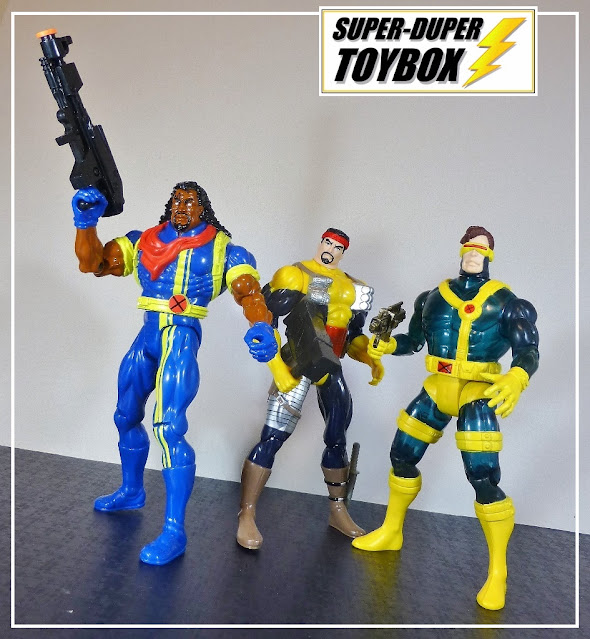 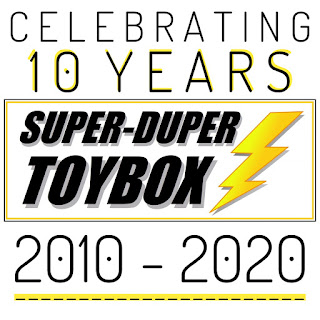 Posted by Super-Duper ToyBox at 10:56 AM