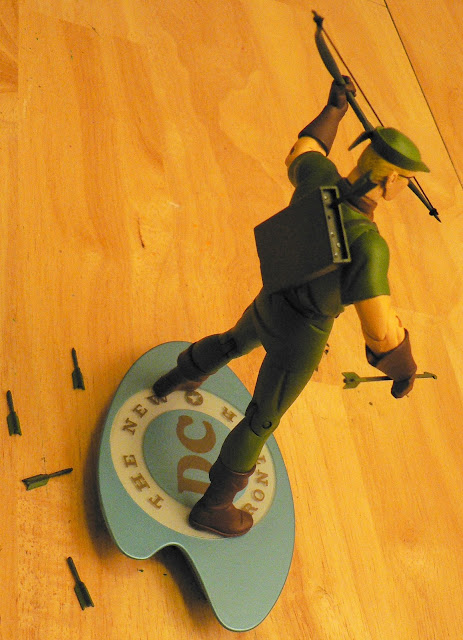 There's a sinking feeling deep inside the gut of a collector when he breaks a toy- such was the feeling I had when I brushed the fragile fletchings off Green Arrow's quiver with my clumsy paws this afternoon. In my defense, they were not designed to withstand much more than a warm, gentle breeze like the one that drifted through the open patio door on this sunny day. I deem the whole incident a failure on part of D.C. Direct, the shafts of the arrows connecting to the quiver being made of plastic far too thin. But fear not- they don't call me Super-Duper for nuthin', Kids!

A small drill bit, barely larger than the arrow shafts, gingerly driven into where they were originally placed... 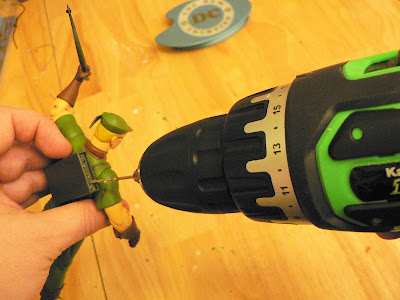 Now making sure it's the correct fit... 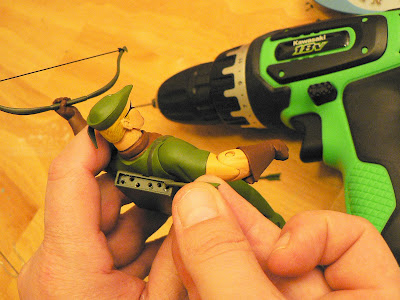 A little superglue gel (for a superhero)... 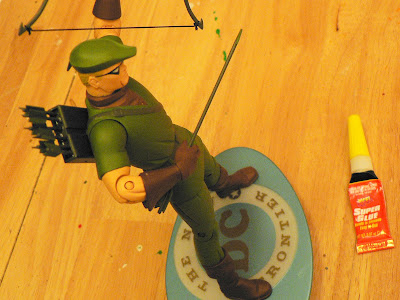 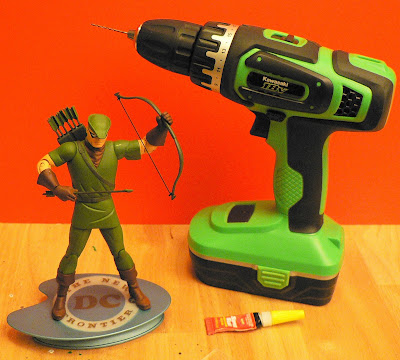 D.C. The New Frontier was a successful 2003-2004 six-part series published by D.C. Comics that was adapted as an animated 2008 film, Justice League: The New Frontier. Set at the end of World War II, the story involves Golden Age heroes like Superman, Wonder Woman, and Batman , teaming up with Silver age comic heroes like Martian Manhunter, Green Lantern, and The Flash. New Frontier ties the Golden and Silver Ages in the D.C. Universe amidst the fitting backdrop of the Cold War, the Civil Rights Movement, and atomic testing- the times these heroes are from. 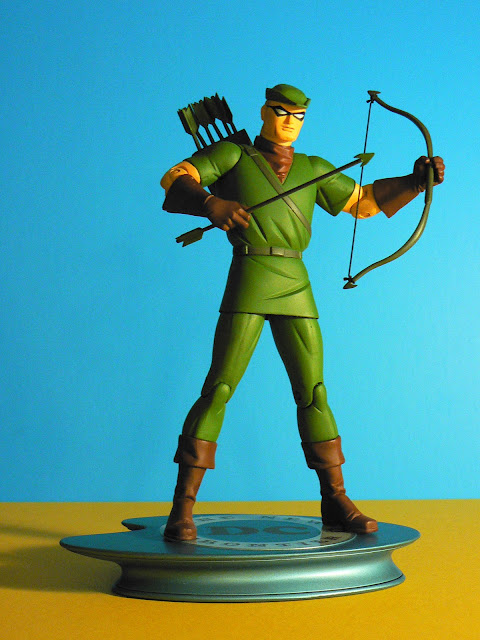 My Green Arrow action figure features the simple, clean retro styling of the New Frontier series artwork by author Darwyn Cooke, and is highly reminiscent of Golden Age comic artists like Jack Kirby. He's a great figure that is hard to come by for less than $15.00 bucks or so (and I've seen him sell for over $20.00) but I somehow managed to get him for $7.00 ...not bad, even if I did have to (laughs) rescue him! I also picked up a box set that includes Superman, Batman, Wonder Woman, and Green Lantern, as well as Martian Manhunter and The Flash separately (more on those later). The retro styling of these toys is right up my alley- I really think they're the bomb! 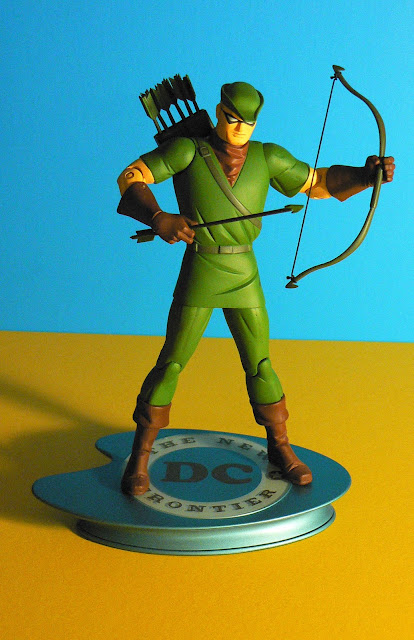 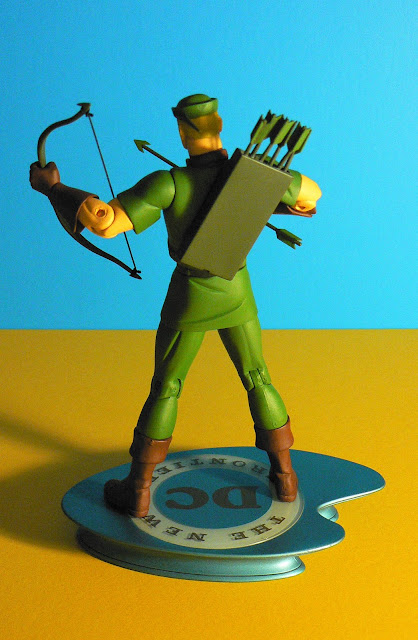 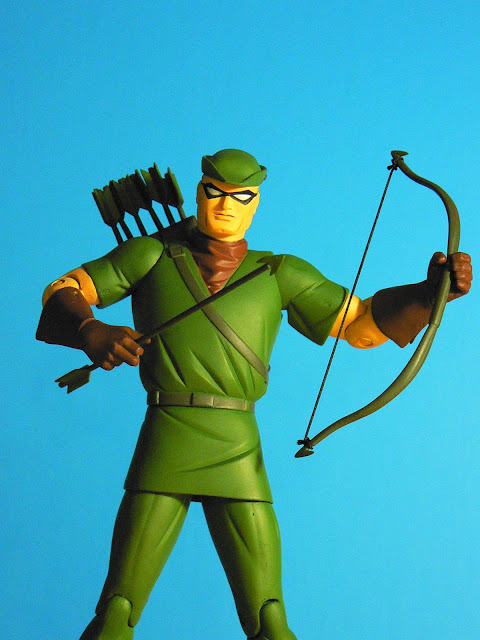 -Check out D.C. Comics New Frontier page!
-Green Arrow at Wikipedia.
-1:6 scale Green Arrow by D.C. Direct at ToyMania.Com... better save your allowance!
-8" Green Arrow by Mego (1974) at MegoMuseum.Com
Posted by Super-Duper ToyBox at 12:27 AM