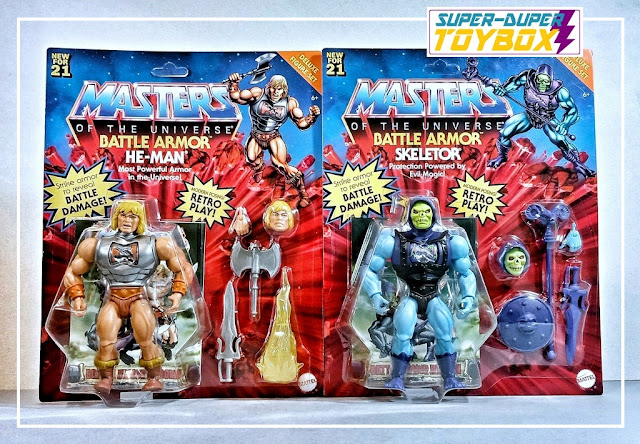 I knew as soon as the MOTU Origins Battle Armor He-Man and Skeletor were solicited, I'd end up buying them. They've been available for preorder on BBTS for months, but I stumbled onto a set at a local Target for less, a price made even better with the added discount using my Target card. I had the original 1984 Battle Armor He-Man, but not Skeletor, which I favored between these MOTU Origins figures. My initial opinion of He-Man's armor was echoed among the action figure community, that the "battle damage" chest feature seemed small, and it does compared to the vintage figure. But in hand, I liked the He-Man as much as Skeletor- his armor and weapons have a nice metallic finish, and I liked getting two new head sculpts, including a portrait of the vintage head sculpt. Strangely, Skeletor has a portrait that looks inspired by the vintage, but not quite as accurately as the He-Man. Nevertheless, I'm pleased with these deluxe MOTU Origins figures, and am on the lookout for the Ram Man or Clamp Champ... 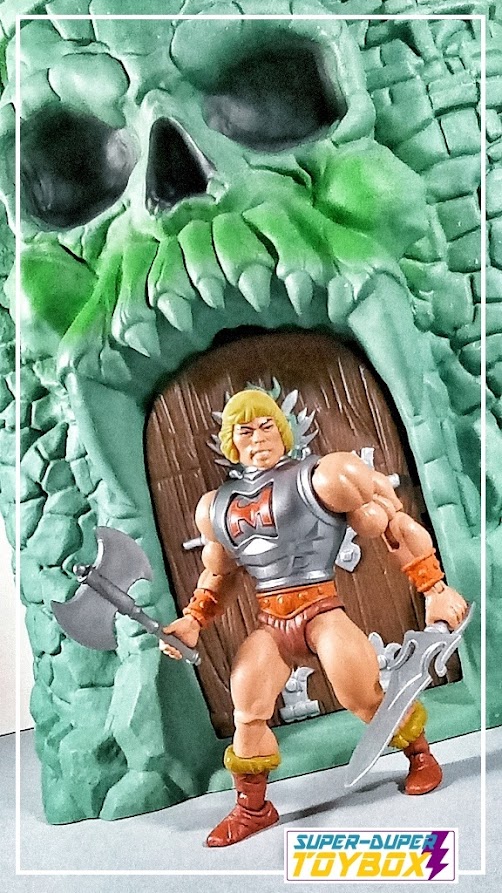 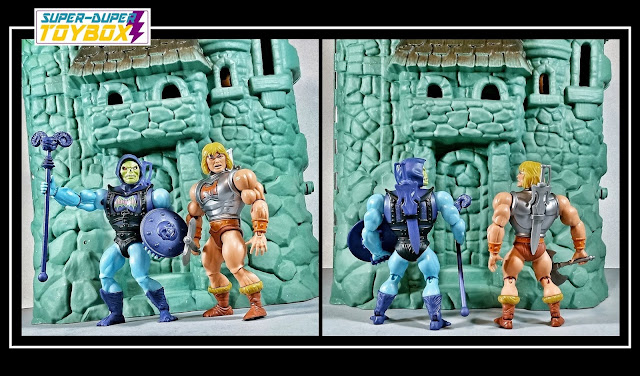 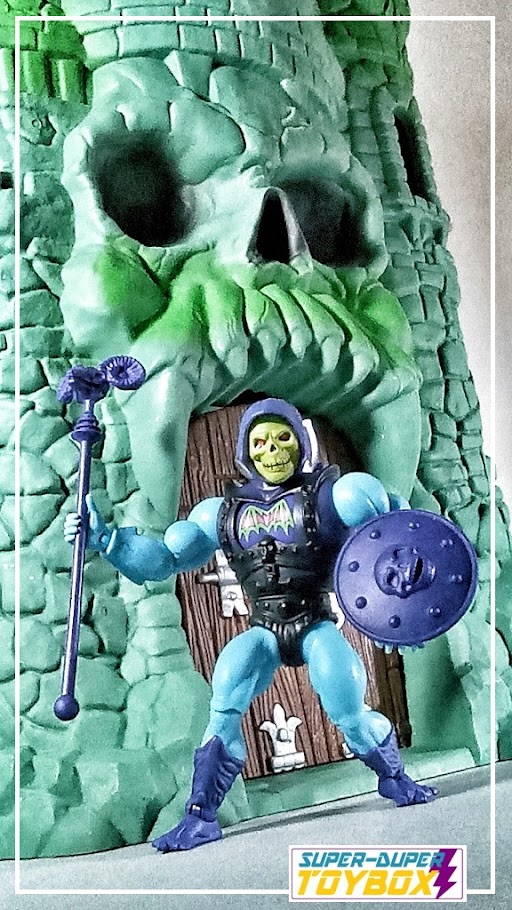 The "battle damage" feature on these figure requires a somewhat firm poke to activate, but won't be utilized as frequently as my childhood Battle Armor He-Man. This was a great way to bring out another He-Man and Skeletor in 1984, and somewhat a surprise to me that Mattel revived them so early into the Origins line. 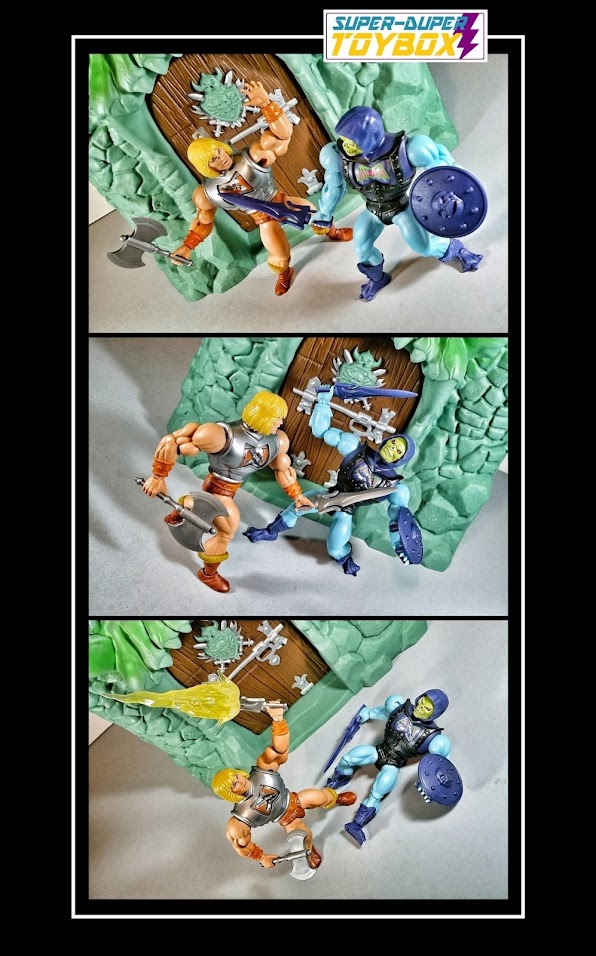 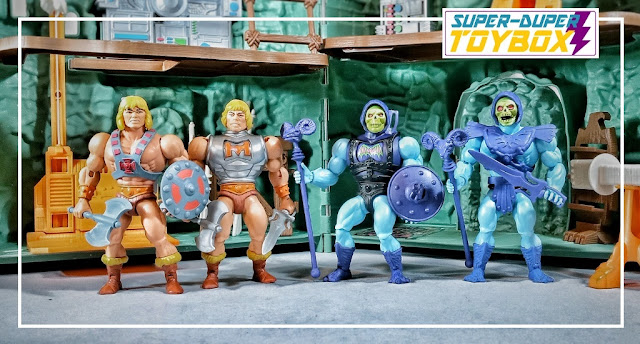 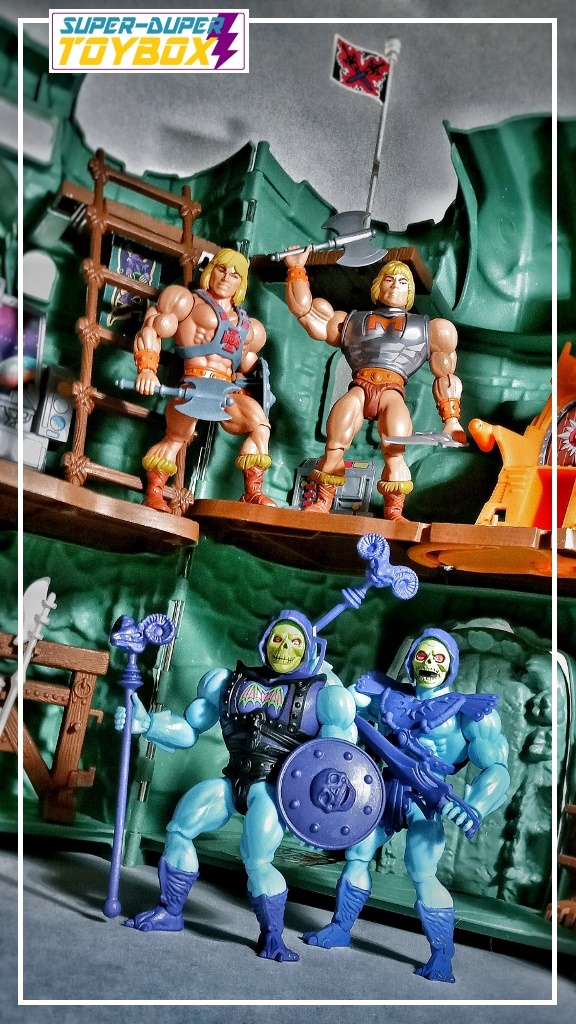 Like the other Origins figures, Battle Armor Skeletor come with a character specific mini comic, this one titled Battle Armor Reborn. I love this and have enjoyed the retro packaging of this line in general, particularly the cross-sell illustrations on the back. 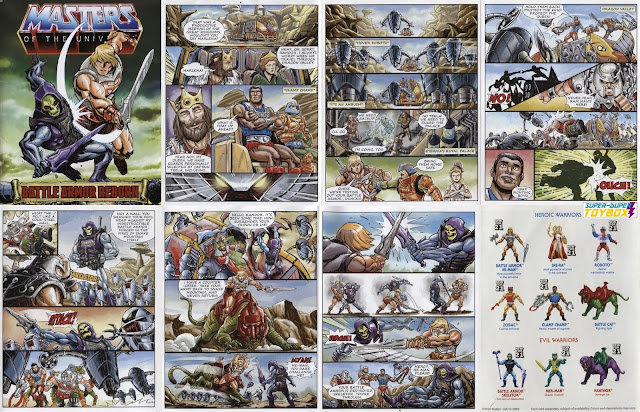 I think I'll keep these two atop their mounts, Battle Cat and Panthor, for awhile on the shelf. With their extra head sculpts and additional accessories, these were a solid value at under twenty bucks each. I'm a big fan of the MOTU Origins line, and have some more to show as time allows. Recommended! 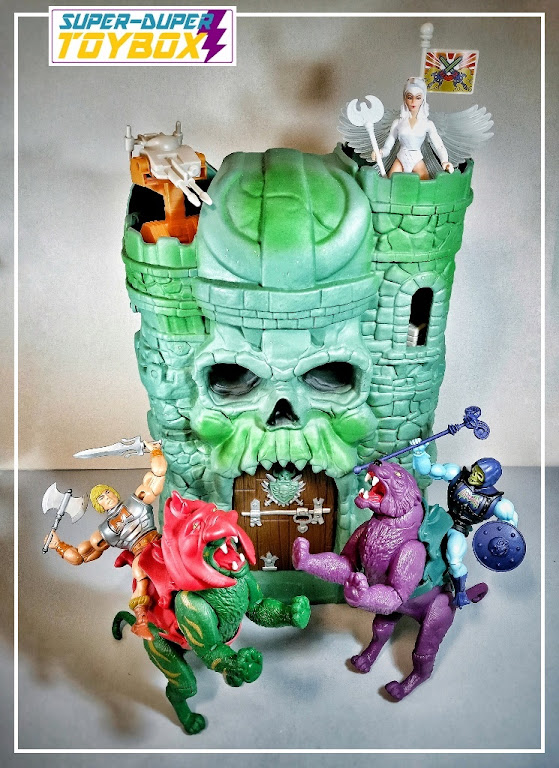