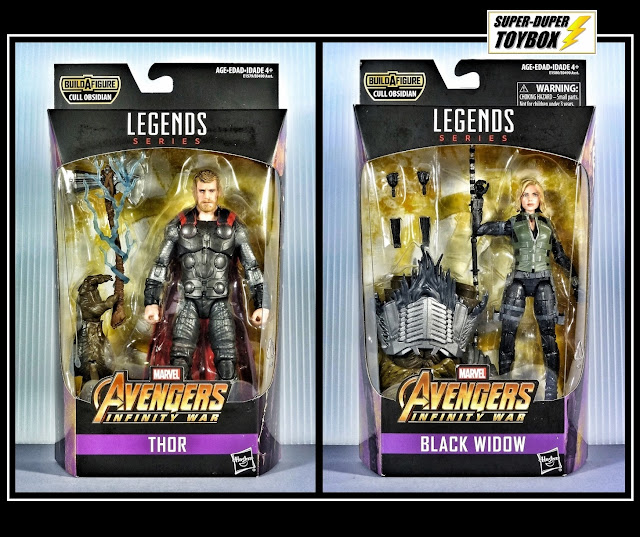 Backtracking to a couple Marvel Legends figures from the second Avengers Infinity War wave, I picked up Thor and Black Widow a couple weeks ago, the only two I have from what was a pretty good lineup. We are well into an incredible run on the Marvel Legends line, which has produced both comic and movie renditions of a ton of our favorite characters, often in multiple versions. There are so many that I have neither the budget nor space to collect all of them, especially when getting two waves of movie figures, such as the case with Black Panther and Infinity War. 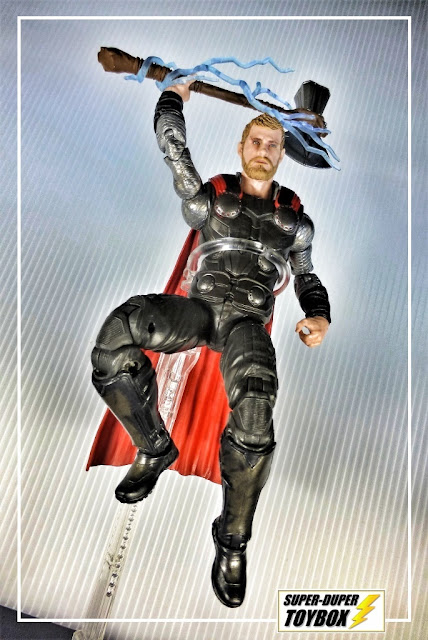 Hasbro also released a sleeveless Thor w/o cape in a box set with Rocket Racoon and teenage Groot, but this one came with the Stormbreaker axe and lighting effect accessory. I love the monochromatic chest plate, and metallic tones throughout the figure's armor! 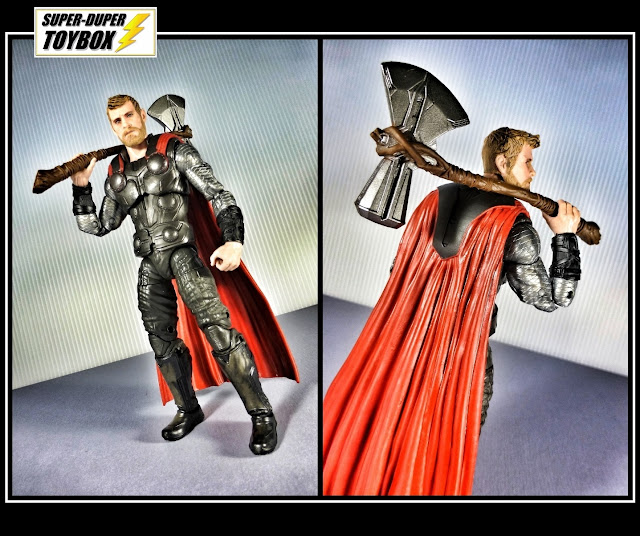 Below, Infinity War Thor with Marvel Legends Ragnarok Thor. I've had and sold a few Legends Thor figures, but these two are good as any of those- the sculpt detail on both is exceptional... 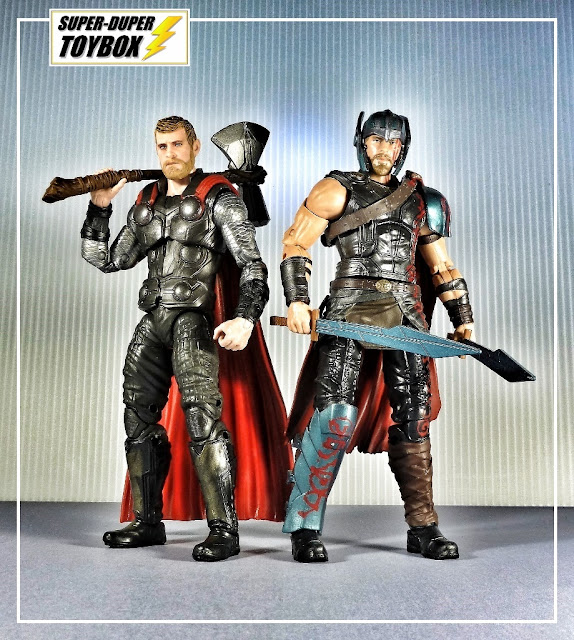 I had mixed feelings about Black Widow returning with blonde hair in Infinity War, but Hasbro nailed the portrait, and I love the green flak jacket. We are once again denied firearms with our Black Widow figure, instead receiving holstered tasers and escrima sticks that can be assembled into a staff. 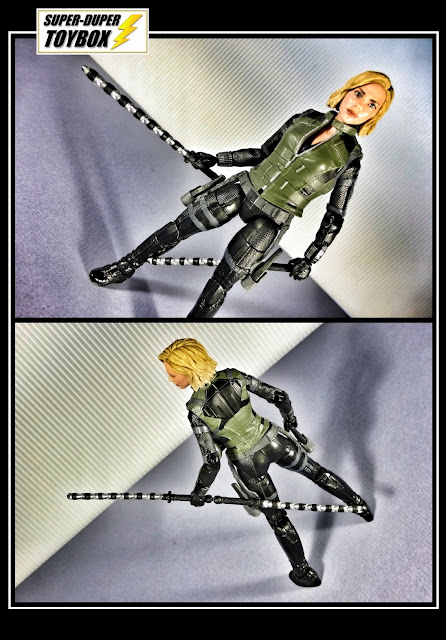 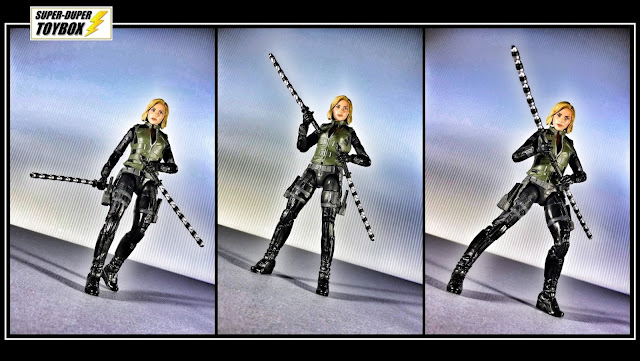 Black Widow's flak jacket can be removed if one prefers a more traditional look for the character, and while I'd rather have a couple sidearms, the tasers do sheath snugly into their holsters. 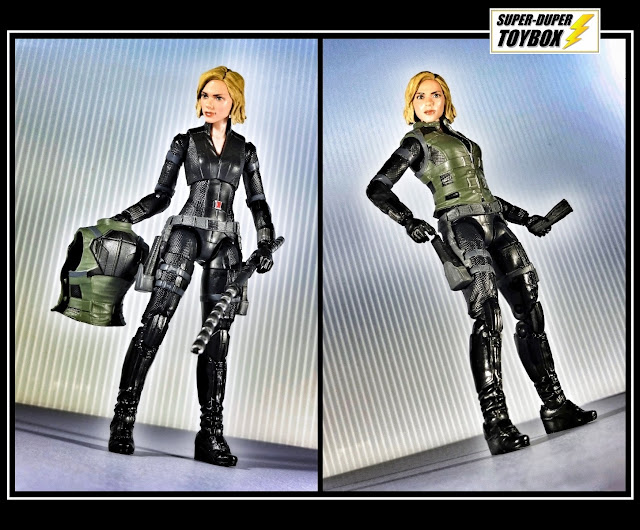 Below, Infinity War Black Widow with last year's Marvel Legends Black Widow from the motorcycle box set, which I got a smokin' Amazon Warehouse Deal on. I enjoyed that set and the 2016 Black Widow title it was aesthetically based on... 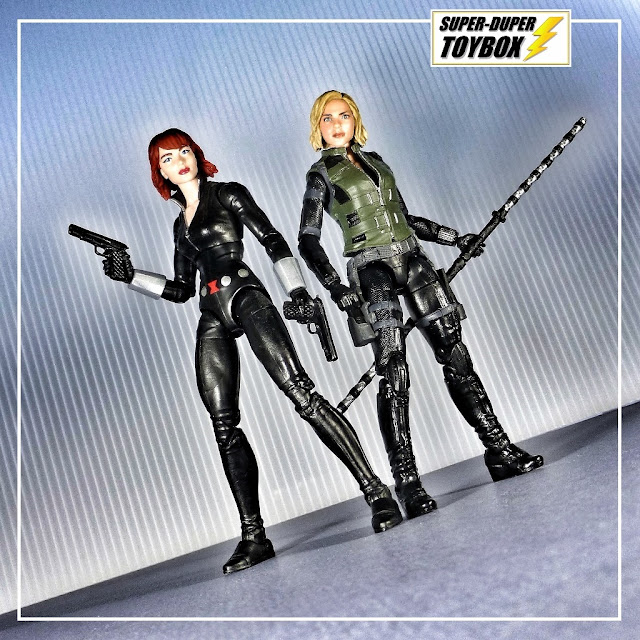 I was glad to find these in the wild so many months after their release- I'm now tempted to collect the remaining parts from eBay to assemble the Cull Obsidian BAF. Hasbro captured the look of actors Chris Hemsworth and Scarlett Johanssen pretty well for mass-produced action figures, and the small details are really great! 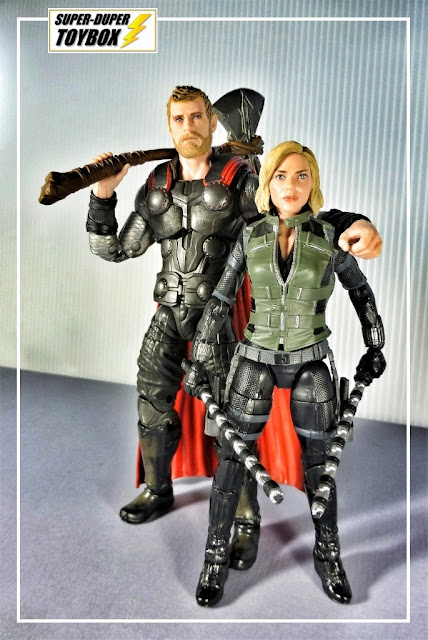 More Later- Make It FUN!
Posted by Super-Duper ToyBox at 8:34 AM 2 comments: