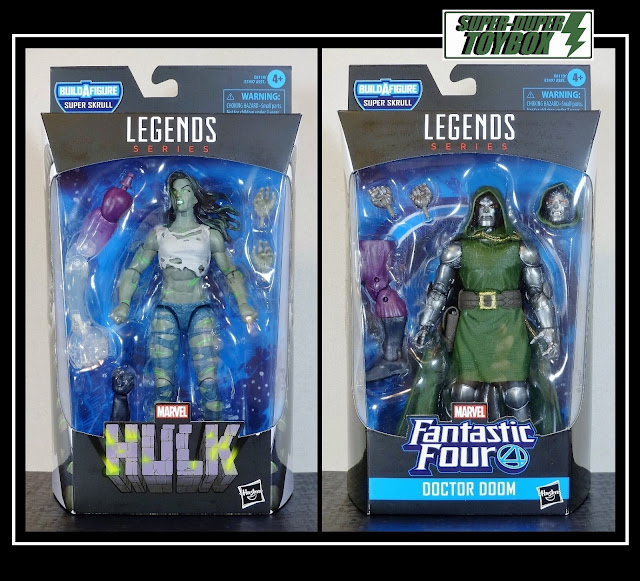 I picked up She-Hulk and Doctor Doom from the new Marvel Legends Fantastic Four/Super Skrull BAF Wave when I bout the entire Hobgoblin Wave featured in my last post. I didn't want to shell out for the updated Fantastic Four as I already have the Walgreens FF, but I couldn't pass on these two. We received a classic Doctor Doom from ToyBiz in the 2nd Series of Marvel Legends back in 2002, in the 2007 Walmart Exclusive Ronan Wave, and more recently in the 2012 Epic Heroes Series 3. I never picked up the Walgreens Infamous Iron Man Doctor Doom released last year, but had little incentive as I knew this Classic Doom was on the way. 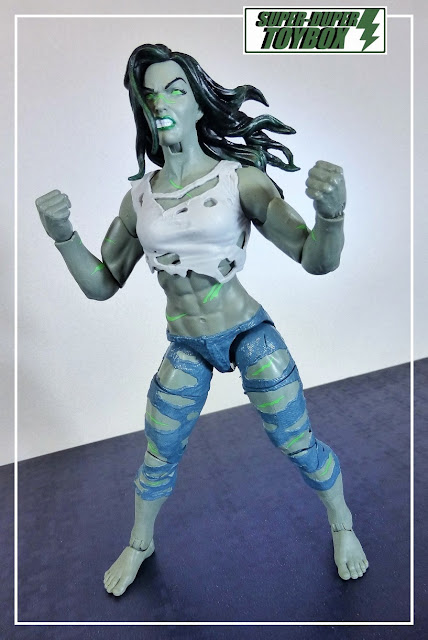 This wasn't the version of Jen Walters I'd prefer, but rather the post Civil War II Hulk (or She-Hulk) that now turns into a wild, uncontrollable grey Hulk, a result of her trauma from fighting Thanos. I'm unfamiliar with the latest regarding Jen in the comics, but this sounds more Savage She-Hulk than Sensational. But with all the new, very character-specific tooling for this figure, I feel we will get a more conventional green version, perhaps in a retro wave, that may feature a new head sculpt. Still, this is a fantastic figure with some exacting attention to detail in the sculpt and paint. 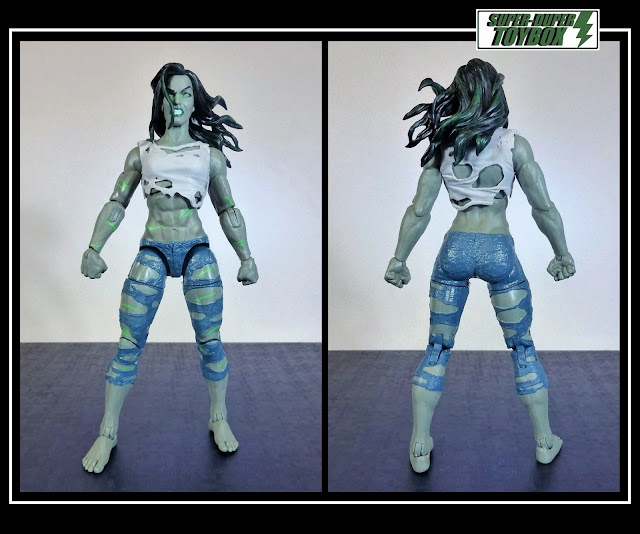 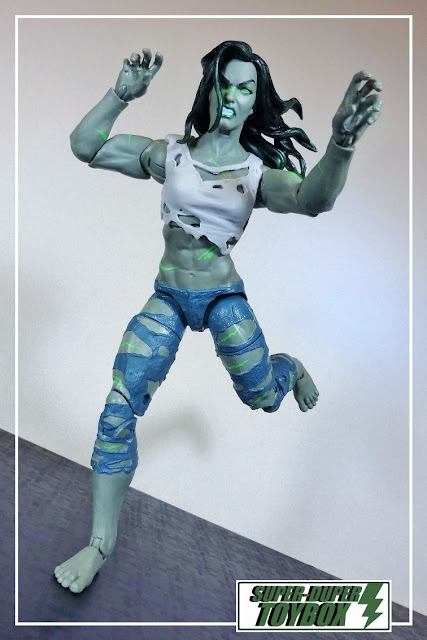 Below, She-Hulk with another stunning female marvel Legends female in my collection, Angela, the classic Hulk from my 80th Anniversary Hulk/Wolverine 2-Pack, and Thundra from the 2015 Hulkbuster Wave... 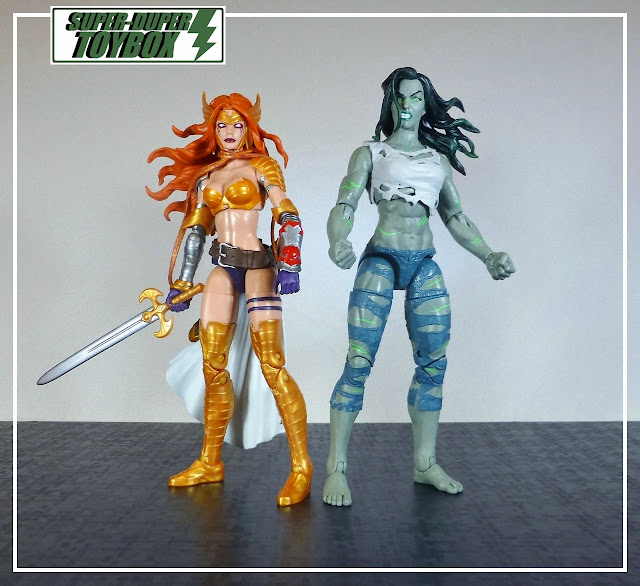 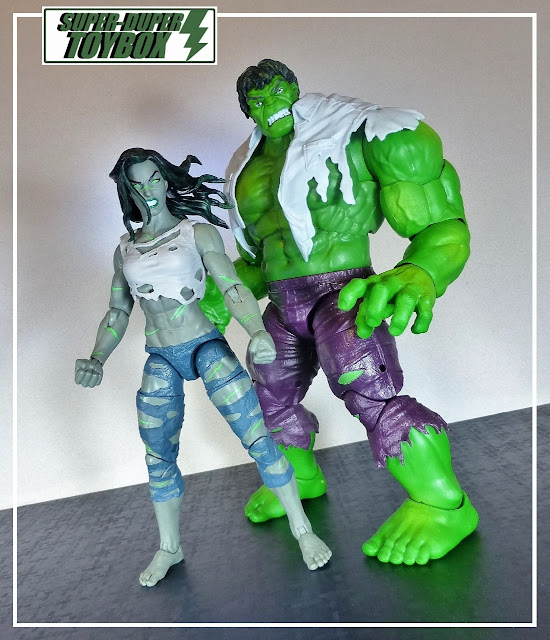 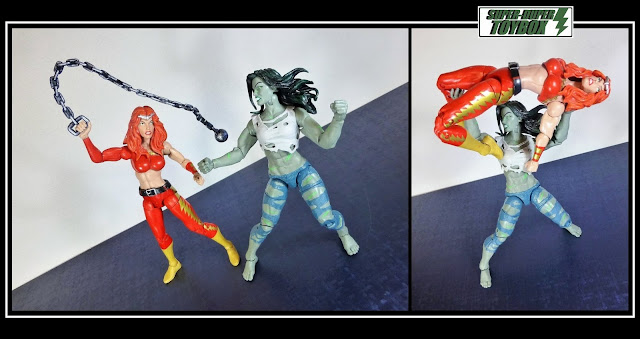 Doom seems like next-level Marvel Legends, with near import-like quality, a triumph of the Marvel Legends line and action figures in general. The attention to detail in the sculpt- the rivets, painted armor clasps, the elaborate gold belt buckle, the subtle fabric texture of the cape and tunic, the chain mail texture under the armor... it's fantastic. The armor looks so good! Sure, the pistol is underwhelming in size and rubbery, but the rest of the accessories, including classic and modern portraits are perfect. 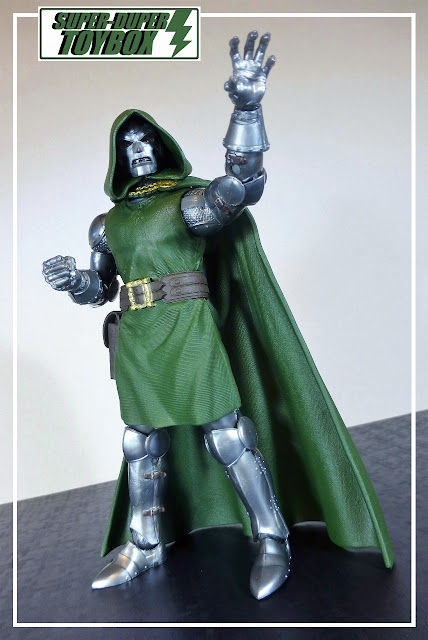 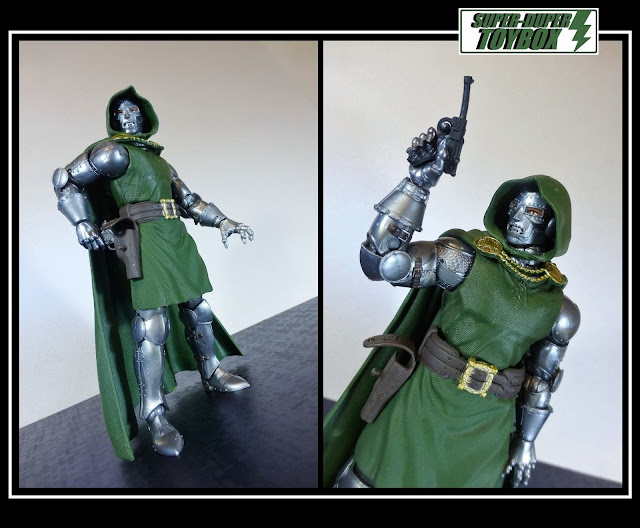 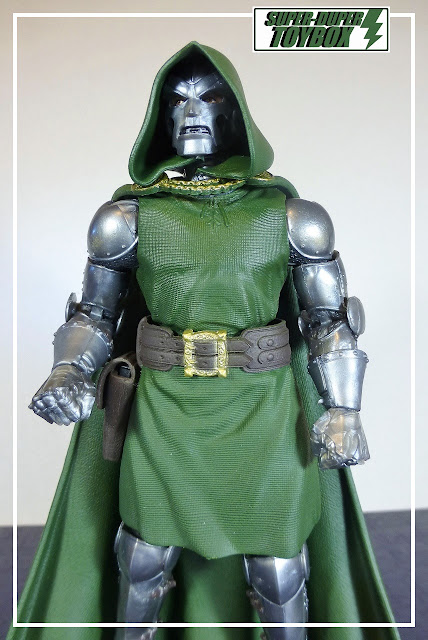 Hasbro put Doom's thrusters beneath his cape, which do have small holes at the openings. We didn't any jet fire accessories, but you know some customizer is going to make that. The peg on my onside of his cape doesn't really stay in the hole on Doom's back, but it's of little consequence for my purposes. 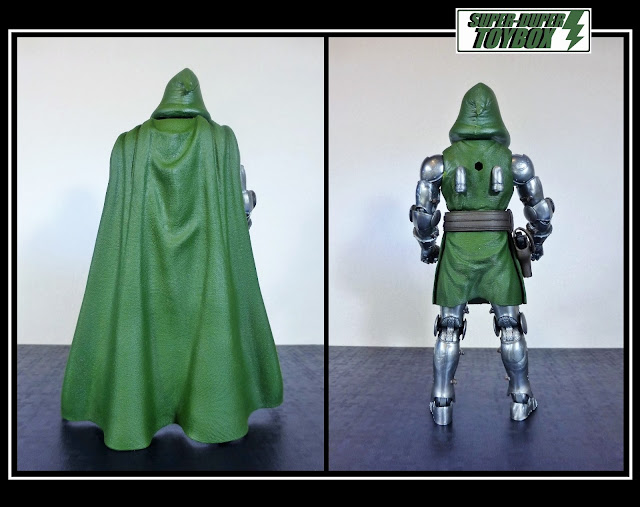 Doom's tunic and cape encumber his poseability to a degree, but he has great articulation. I'm glad they didn't break up the torso with an ab-crunch joint- the ball joint at the waist gives adequate tilt all around for this character- perfectly serviceable, and plenty good to battle the ever-lovin', blue-eyed Thing! 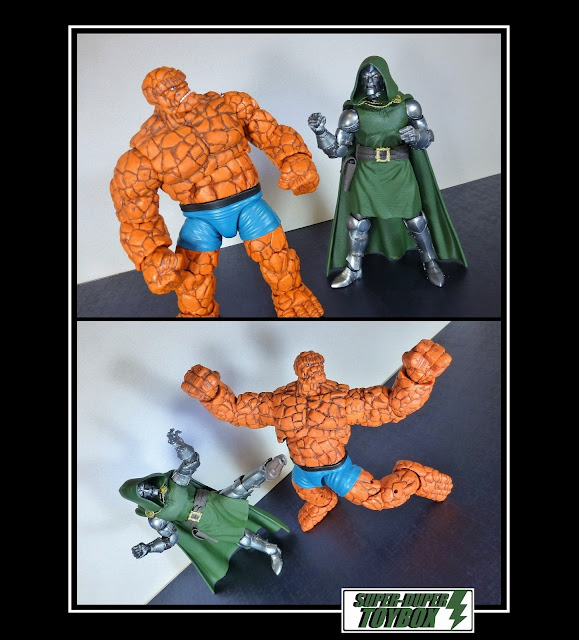 And finally, Doom with my Walgreens Exclusive Fantastic Four. While it's tempting to pick up the updated FF from Doom's wave and complete the Super Skrull BAF, I prefer this Walgreens FF. Sure, we get a transforming Human Torch w/Johnny Storm head, but I liked the more traditional uniforms of the Walgreens FF, and Thing's paint deco is better. Maybe if they go on clearance. 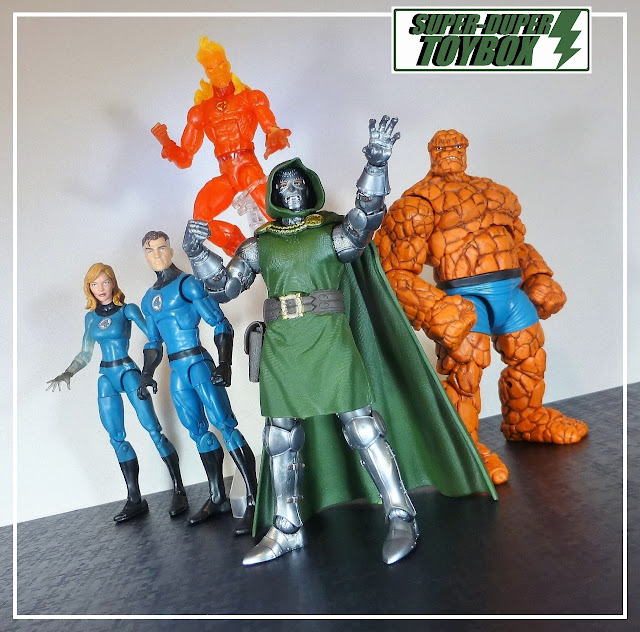 More Later- Make It FUN!
Posted by Super-Duper ToyBox at 11:23 PM No comments: 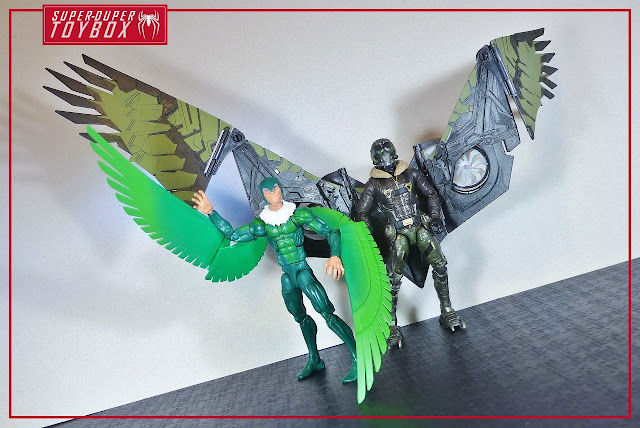 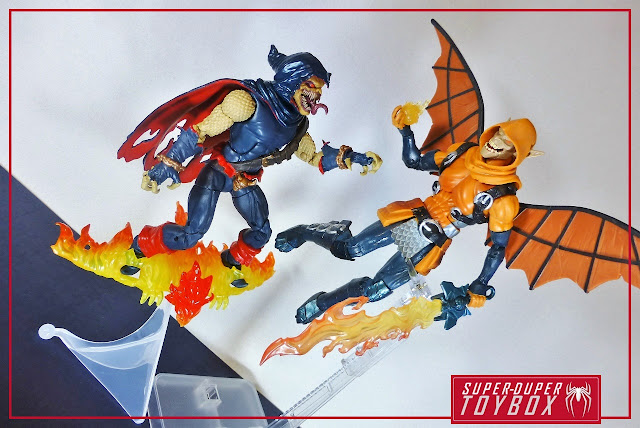 More Later- Make It FUN!
Posted by Super-Duper ToyBox at 12:49 PM No comments: