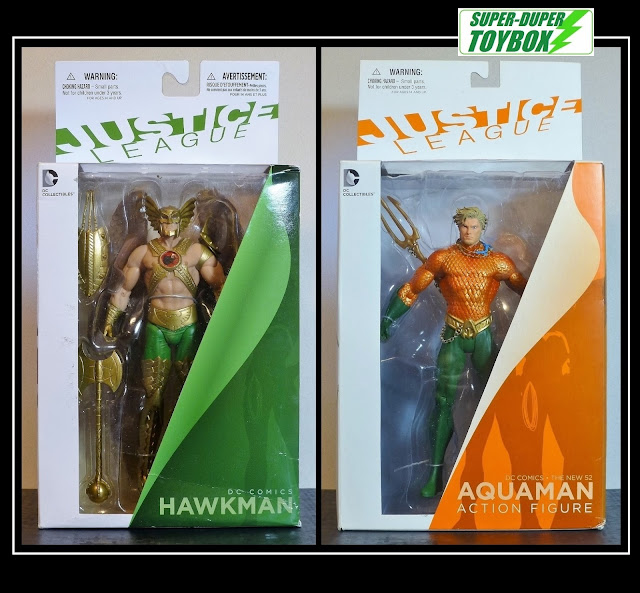 I've circled back about seven years to look at some of the New 52 characters DC Collectibles dropped after the relaunch of all their titles around that time. Having jumped right into Green Lantern, fresh off the ride that Blackest Night was, I also got into Green Lantern New Guardians, Earth 2, Justice League, and at least a few issues of some others. I've had my eye on Aquaman for years, and dove back in when finding Hawkman at a good price recently. DC Collectibles had recently changed their branding from DC Direct, but had yet to upgrade articulation, but what they lacked in that department was made up for in aesthetic with these stunning figures. Check out the video: 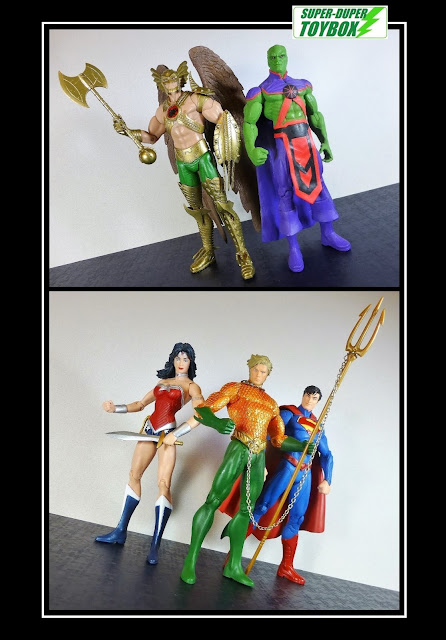 More Later- Make It FUN!
Posted by Super-Duper ToyBox at 11:02 PM No comments:

For mining data for targeted marketing to YouTube viewers under the age of thirteen, YouTube and Google settled with the Federal Trade Commission for a record $170 million dollars. Though you must claim to be thirteen or older to sign up for a YouTube account, YouTube was ruled in violation of the Child Online Privacy Protection Act. Now YouTube has washed it's hands of this responsibility, throwing content creators under the bus, putting the responsibility of policing back on them. By complying, content creators must mark videos as made for children if the subject is of even remote interest, stripping their videos of many features, including comments and monetization. The FTC can fine also anyone up to $42,000.00 per video if found in violation.

Fill in your years on YouTube and favorite channels in the first few paragraphs where the XXs are, THEN PASTE IT INTO THE COMMENT BOX AT THIS LINK:
https://www.regulations.gov/comment?D=FTC-2019-0054-0001
Posted by Super-Duper ToyBox at 12:15 AM No comments: 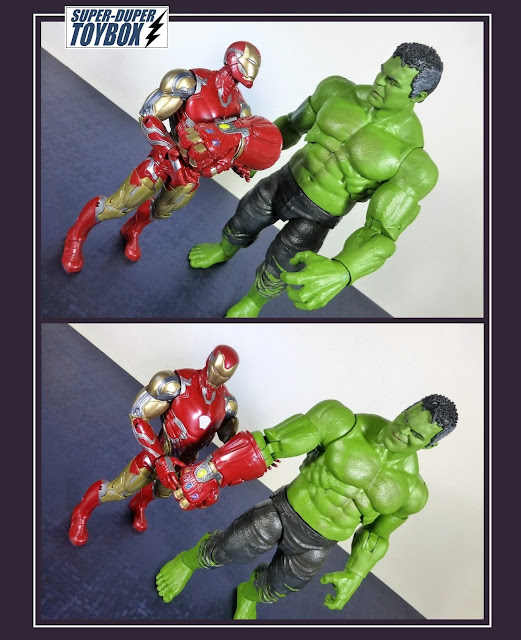 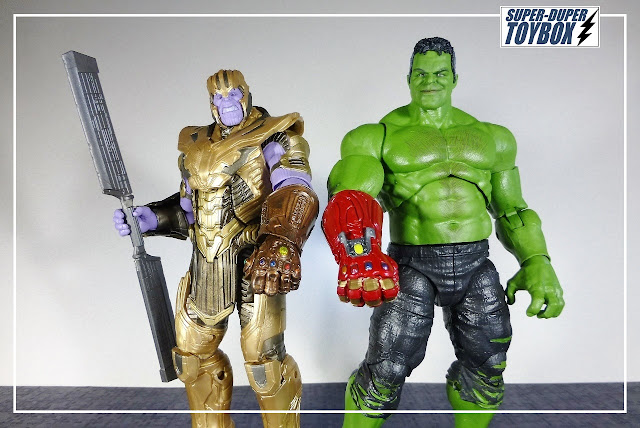 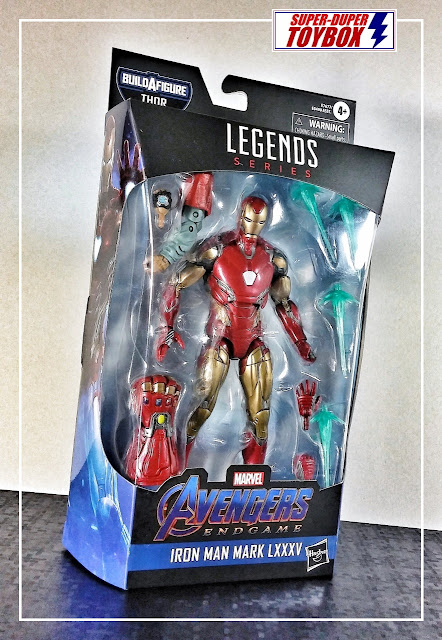 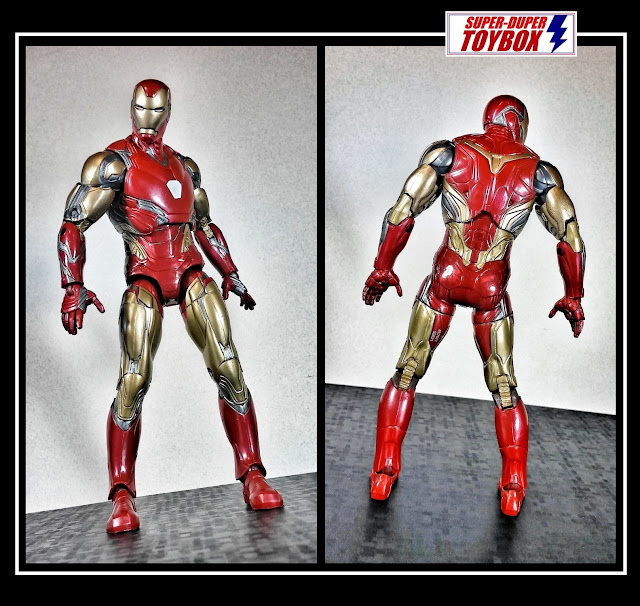 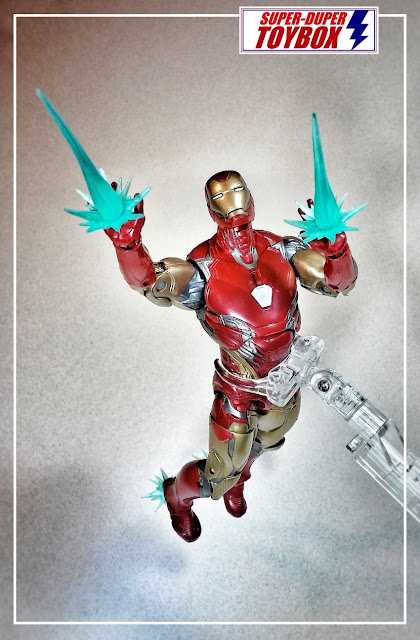 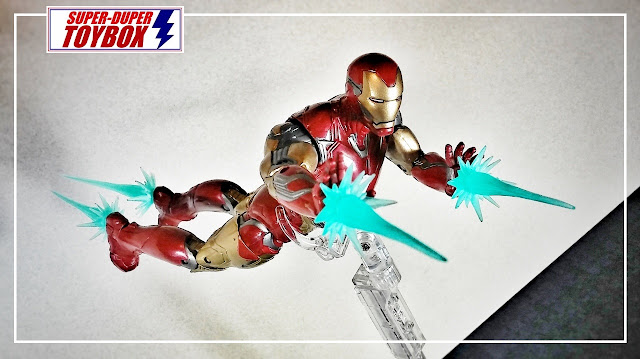 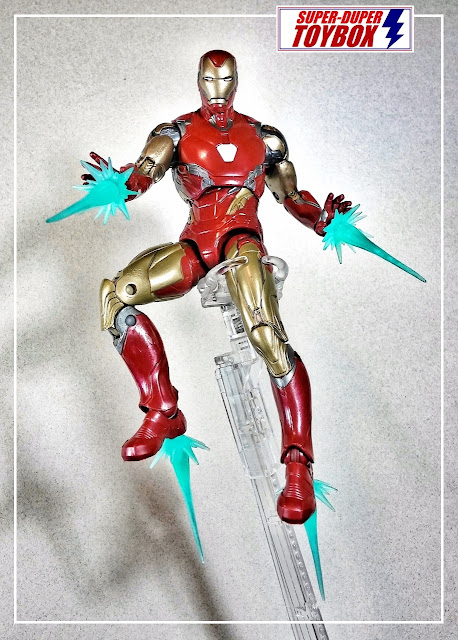 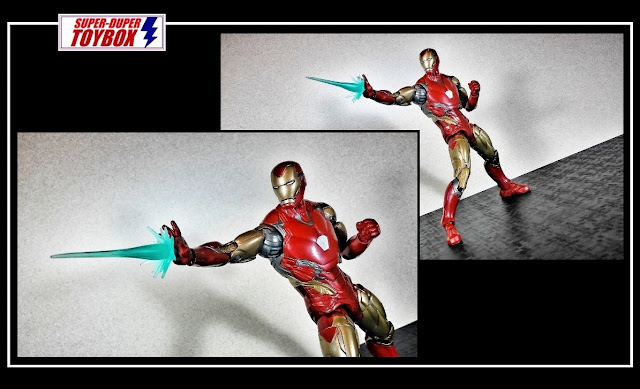 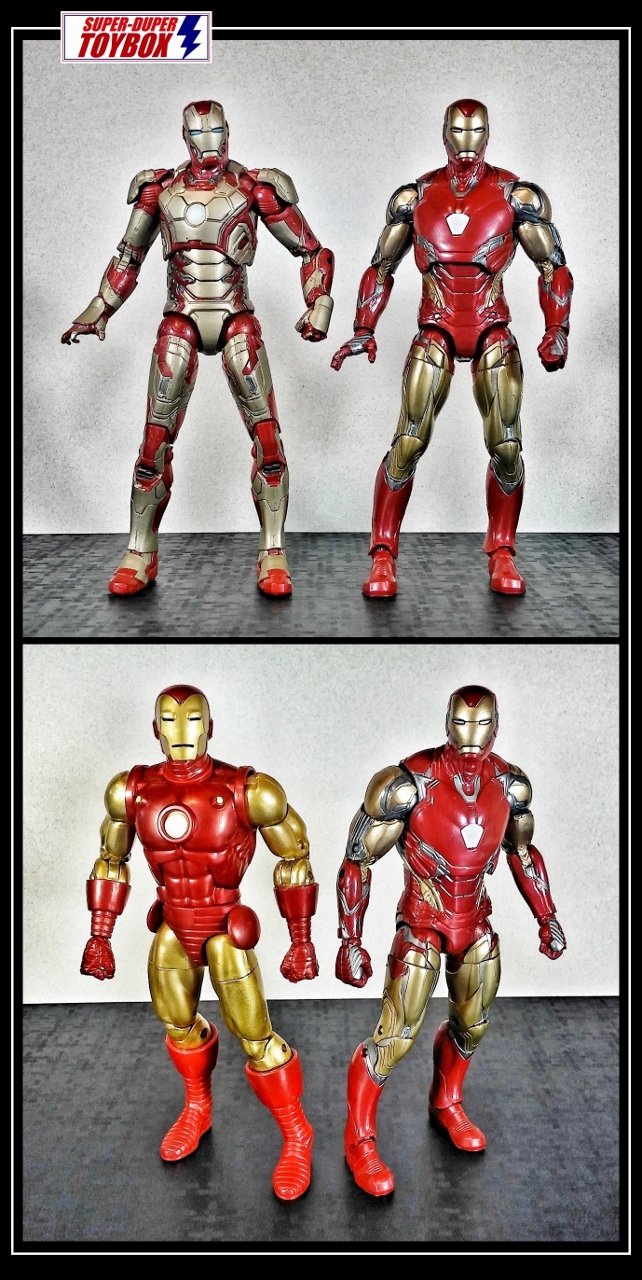 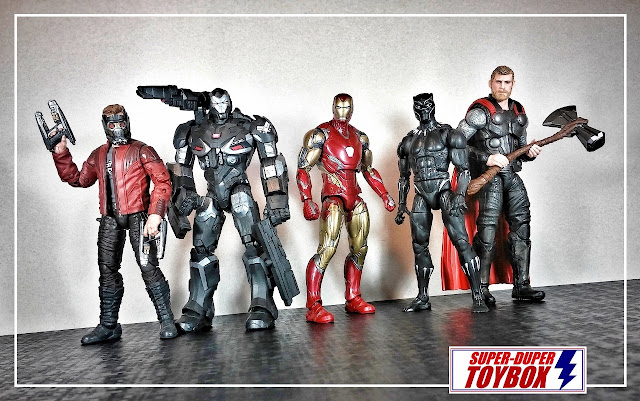 More Later- Make It FUN!
Posted by Super-Duper ToyBox at 7:15 PM No comments: 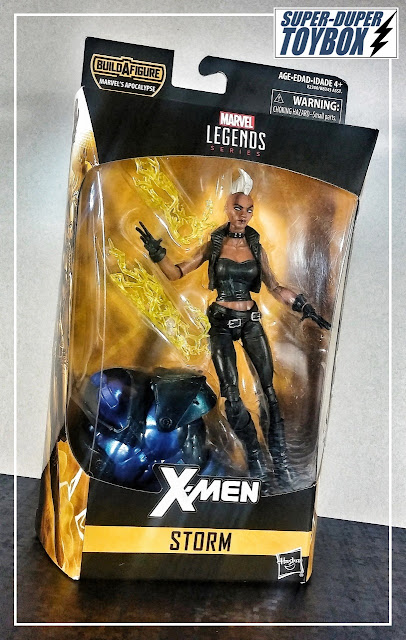 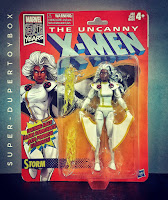 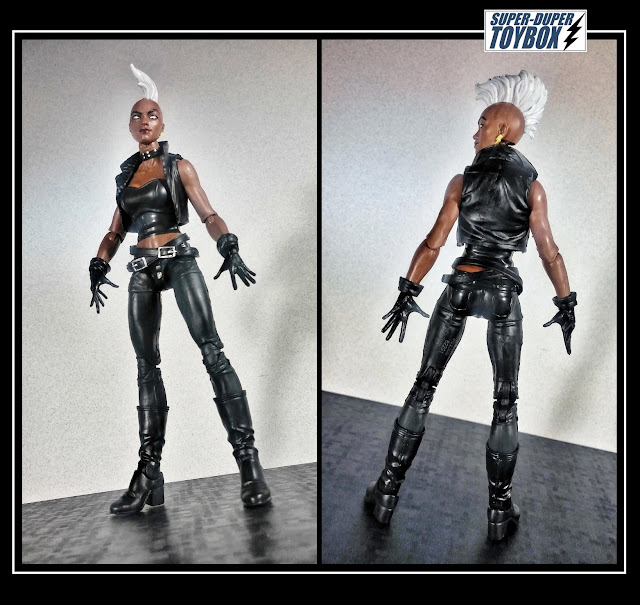 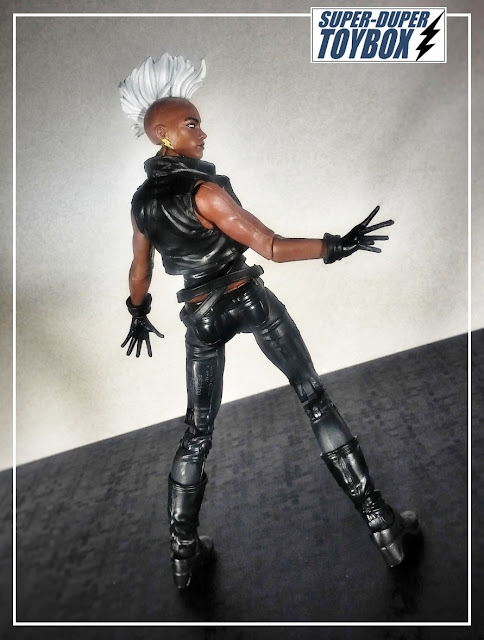 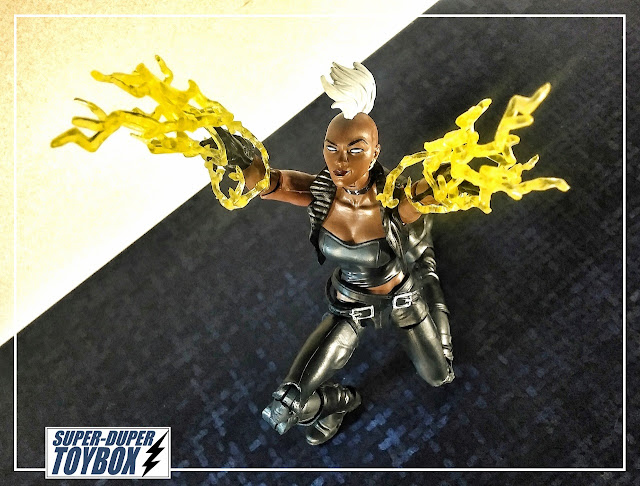 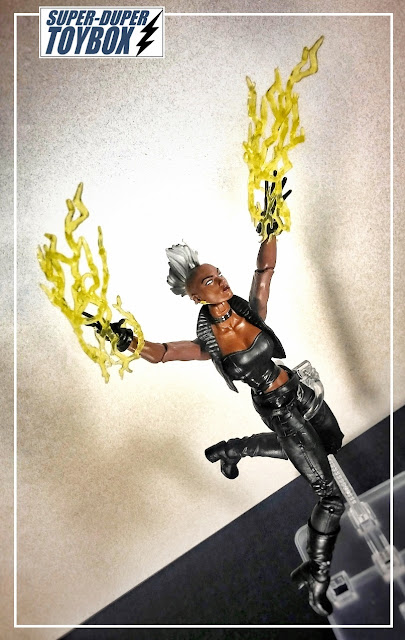 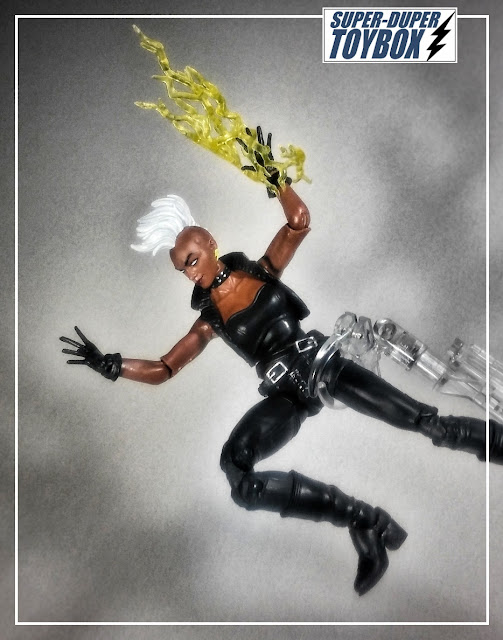 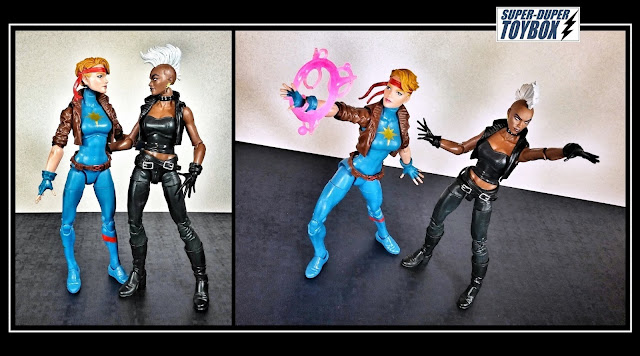 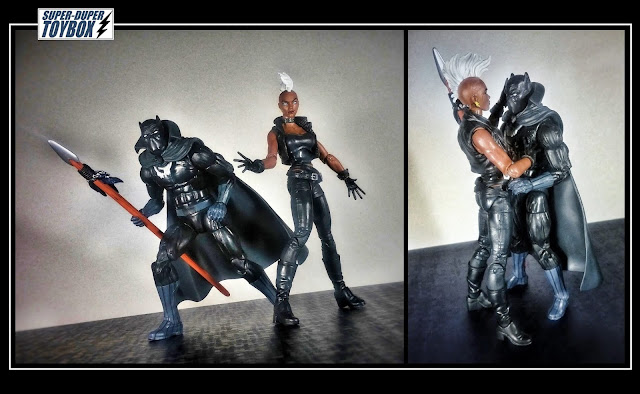 More Later- Make It FUN!
Posted by Super-Duper ToyBox at 8:28 AM No comments: 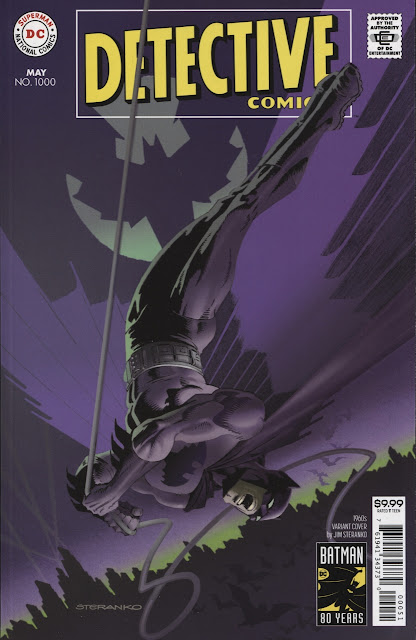 Though I started this post back in April, I have continued to pick up the occasional Batman book, as I did just this past weekend. So I'll get on with it here and mention some of what I've been reading. As with the character's 75th year in 2014, the hype surrounding Detective Comics #1000 and Batman's 80th anniversary reinvigorated my interest in DC Comics, resulting in a modest splurge on comics. Good on it's $10.00 price tag, 1000 was thick and fun to read. Manned with an All-Star lineup of  DC talent, this issue boasts 11 variant covers, topped by what at last count appeared to be no less than a stunning 75 retailer and creator variant covers! This romp through the character's history featured most all his surrounding cast and rogue's gallery, starting things off right with a detective story by author Scott Snyder and artist Greg Capullo, several collaborations by some legendary Batman creators like Jim Lee, Tony S. Daniel, Paul Dini, Peter J. Tomasi, and Neal Adams fill the rest of it's 96 pages. Additional artwork and a great two page spread of the Bat Family make this a visually dashing issue. 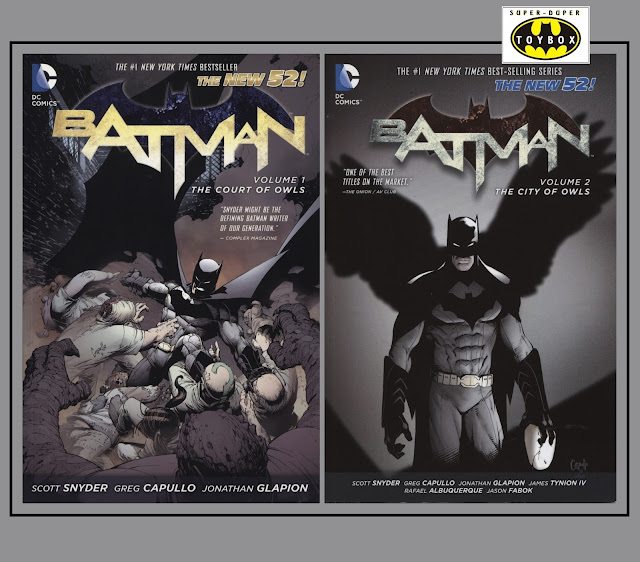 I was reading a lot of comics when DC relaunched with it's New 52 campaign, but took a pass on the now highly lauded Court of Owls by author Scott Snyder and artist Gregg Capullo. I may have passed on one of the best New 52 books though, 'cause I really enjoyed this. I had eventually caught up with Capullo on Batman, jumping in at Batman: Zero Year in 2013, it just took me six years to backtrack. So nice to revisit Snyder & Capullo's Batman. 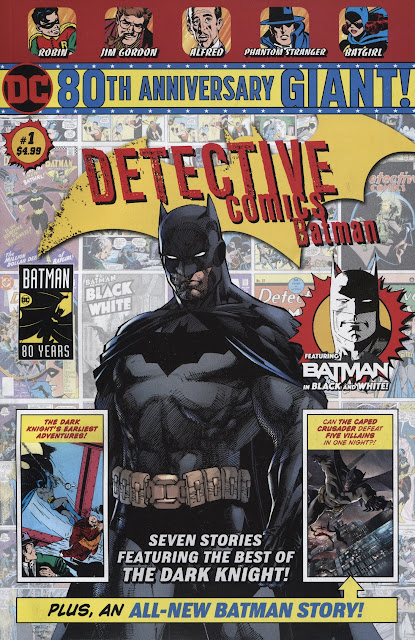 I stumbled upon an endcap at Walmart this past year full of giant-sized issues of different DC Characters, one being this Detective Comics Batman. Mostly reprinted material, of particular interest to me, the 1967 debut of Batgirl, featuring sidekick Robin and the villainous Killer Moth, as well as the Boy Wonder's own debut from 1940. There's also some Bronze-Age material in here that tickles my nostalgia bone, but this would make a great gift for a kid just getting interested in Batman. 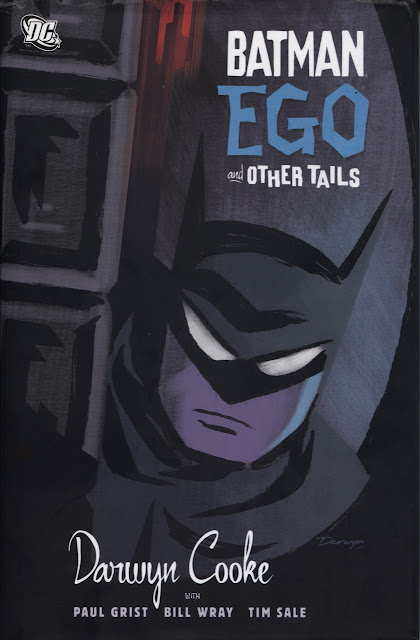 I had just got back into comics as an adult around 2010, and discovered Justice League: The New Frontier (DC Comics, 2004) by the late great Darwyn Cooke. His Atomic-Age tale of the team's origin is like no other, and reestablished what I liked about superhero teams as a kid. Ego was just a continuation of this sweet spot for me, particularly in "Selina's Big Score", my favorite of the "tails" included. Artist Tim Sale shares a certain retro styling that is unique from Cooke, but complements this collection. 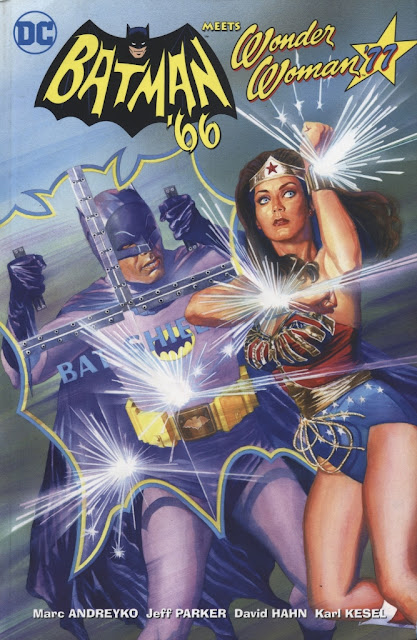 More recently, I discovered this fun team-up of Batman '66 Meets Wonder Woman '77, combining what are essentially my childhood versions of these two DC characters. I love the Alex Ross cover on this collected edition, and am a big fan of Michael and Laura Allred, who did the original issue covers also included here. Artist David Hahn has simple, animated style that is colorful and appropriate in tone for this adventure that I quite enjoyed. I particularly enjoyed Nightwing's appearance later on in the book, all grown up in his original disco outfit, kickin' butt! Ra's al Ghul and daughter Talia make great villains for this decades-spanning romp, starting with a young Bruce Wayne's meeting the Amazon he would later team up with as Batman, and later be pulled out of retirement by to put a stop to Ra's scheme to finish what he started. Though I only picked up a few issues of  Batman '66 when it dropped in 2013, I did enjoy them- this made me want to go back and get the collected editions of this even more, especially considering the passing of actor Adam West a couple years ago.

More Later- Make It FUN!
Posted by Super-Duper ToyBox at 9:38 PM No comments: