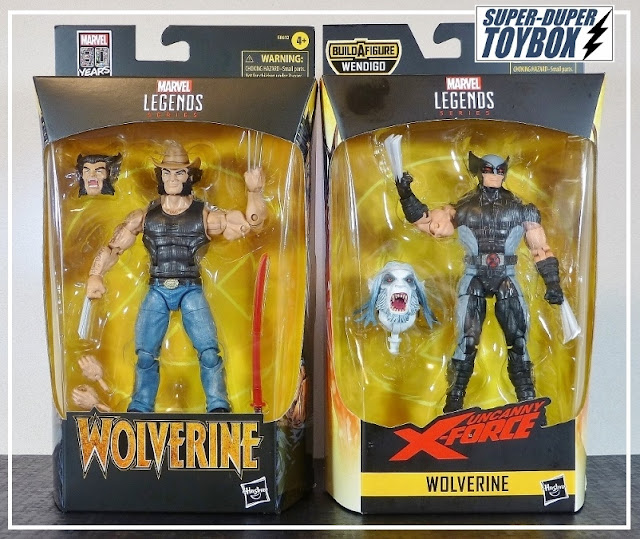 While I was more interested in the new X-Force Wolverine, the Marvel Legends Cowboy Wolverine kinda bowled me over on the spot at a local GameStop. I love that he comes with a sword, and the alternate "berserker" head sculpt is really fun! I unloaded my previous X-Force Wolverine (2013 Hit Monkey Wave) on an eBay auction for a shocking amount, prior to this new version being announced, and I have to say that I much prefer this new, shorter buck for the character. Check out the video: 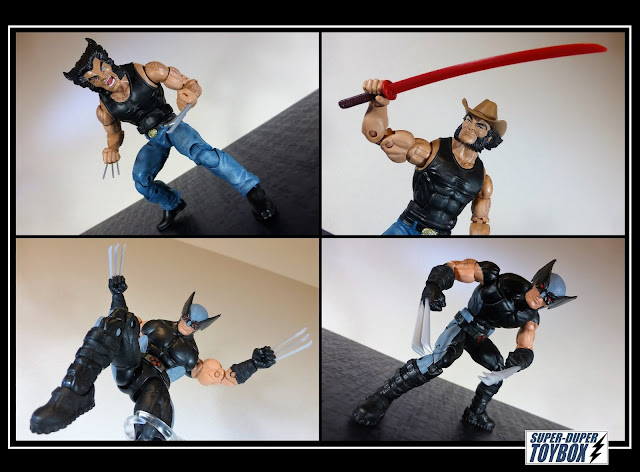 Below, Cowboy Wolverine and X-Force Wolverine with Marvel Legends X-Men Wolverine and All-New Wolverine, and Old Man Logan and Retro Series Wolverine. Not pictured is my 1st Appearance Wolverine from the Marvel Comics 80th Anniversary 2pk w/Hulk, a Wolverine that I didn't think I'd like as much as I did. 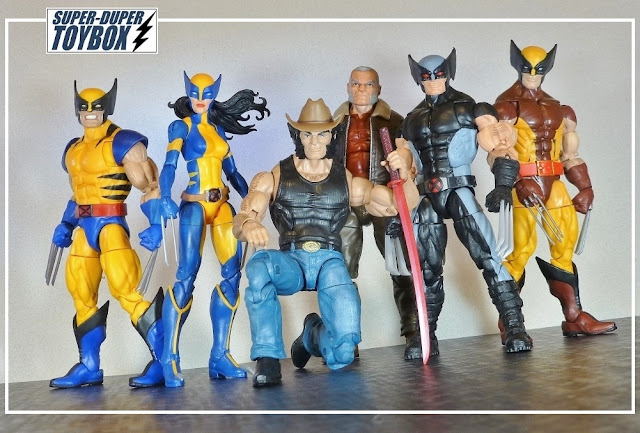 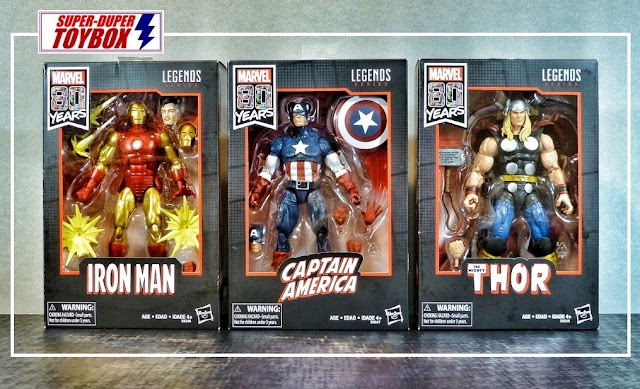 I was thrilled to get this trio of classic Marvel Avengers, part of Hasbro's recent avalanche of Marvel Legends celebrating Marvel's 80th Anniversary. These are all-new sculpts with a deluxe assortment of accessories, set at a higher price point of $25.00, though I picked up Iron Man and Thor on Amazon for south of twenty bucks using points on my card,. Check out the video: 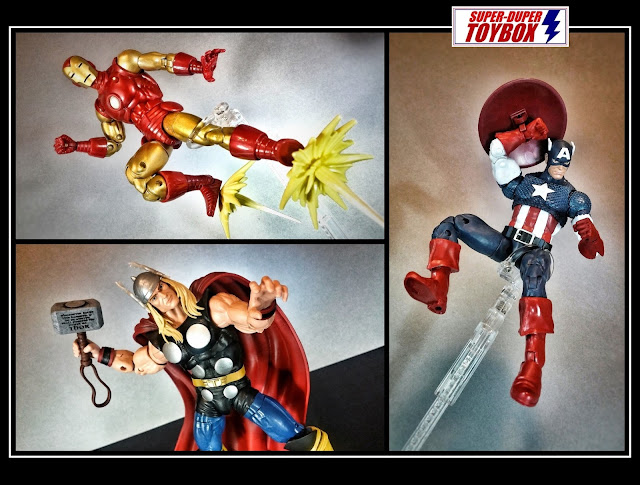 Based heavily on  Alex Ross' styling of these three characters, the artist's work is featured on the verso of each box. I feel Hasbro nailed it on all three of them, giving us most the appropriate accessories, though Cap's alternate head was too similar to the Alex Ross Portrait, and Thor didn't come with much. The classic Hulk that came in my 80th Anniversary 1st Appearance Wolverine/Hulk 2pk goes perfectly with Thor, Cap and ol' Shellhead! Make me think I need to backtrack and pick up the Vintage Series Hawkeye or Wasp. Recommended! 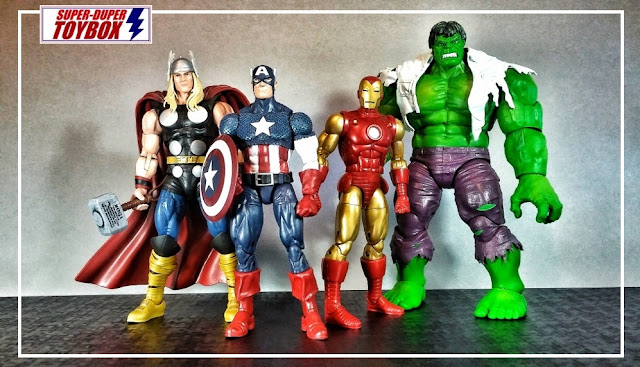 More Later-Make It FUN!
Posted by Super-Duper ToyBox at 12:19 AM 2 comments: