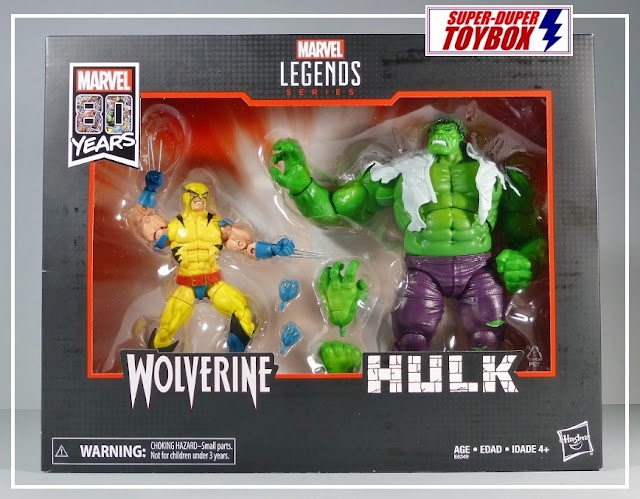 I was immediately into the Marvel 80 Year Anniversary Marvel Legends Wolverine/Hulk 2-pack upon it's announcement a few months ago, mostly for the comic-based Hulk included, a version many fans have undoubtedly been looking forward to. While I wasn't as mad for the 1st Appearance Wolverine, who uses the same buck as the last two Wolverines, I must admit I do like the face sculpt quite a bit, and he makes a great partner with the Hulk, who battled the adamantium-clawed berserker in Hulk #181, Nov. 1974. Check out the video:

I love the butterfly shoulder joints on these figures, giving them a range of fighting poses that especially complements two raging characters Like Wolverine and the Hulk. Hulk is the star of this 2-pack, and Hasbro nailed it, even giving us a tattered shirt made of this latex that drapes nicely over the shoulders and makes him extra special. While I like that and the extra hands, I do feel the price point of $60.00 we deserved at least a variant head sculpt for each figure, but there was no way I was passing on this. See the video above for more comparison pics with other action figures. Recommended! 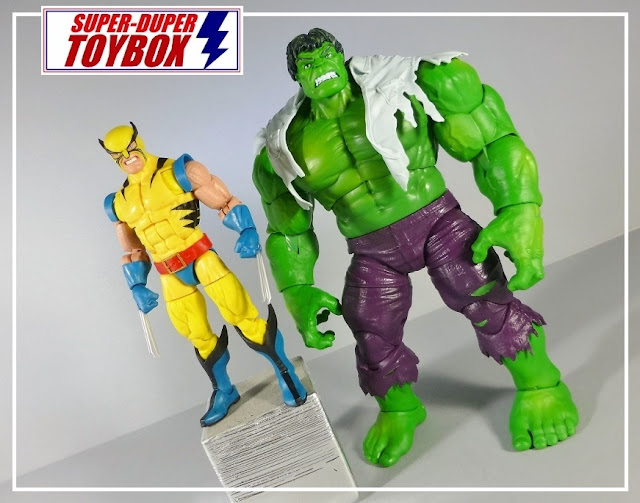 While I'm certain some collectors would prefer a more true 1:6 scale, I'm mad for these Mego 14" figures! Like the 13" DC Direct from some years ago, they are just extra fun a little bigger! There have been some issues with loose joints Mego has claimed to address, but Aquaman still suffers from a bit, particularly in his wrists and ankles. Still, he will stand on his own, and looks fantastic in his retro styling. Check out the video: 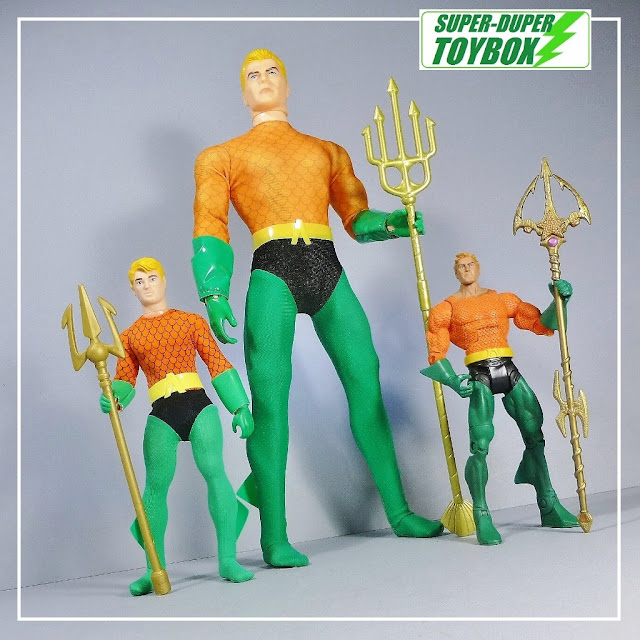 Like all Bronze-Age kids, I prefer Aqauman in his classic outfit with black trunks as pictured above, my new 14" Mego Aquaman with my 8" Mattel Retro-Action Aquaman and 6" DC Universe Classics Aquaman. Below, Aquaman joins ranks with my 14" Mego Batman, Flash, and Green Lantern- what a team! 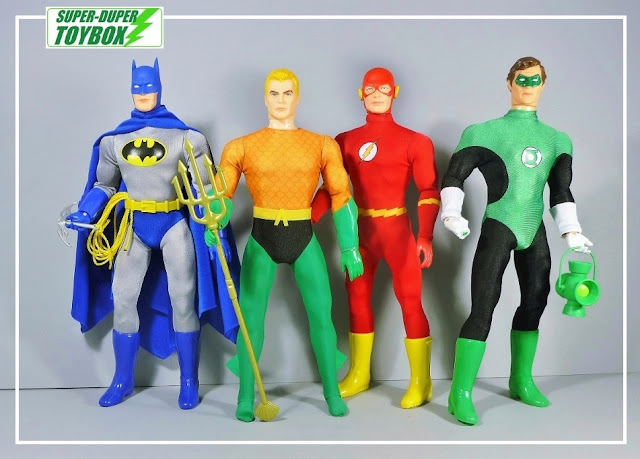 More Later- Make It FUN!
Posted by Super-Duper ToyBox at 9:12 PM No comments: