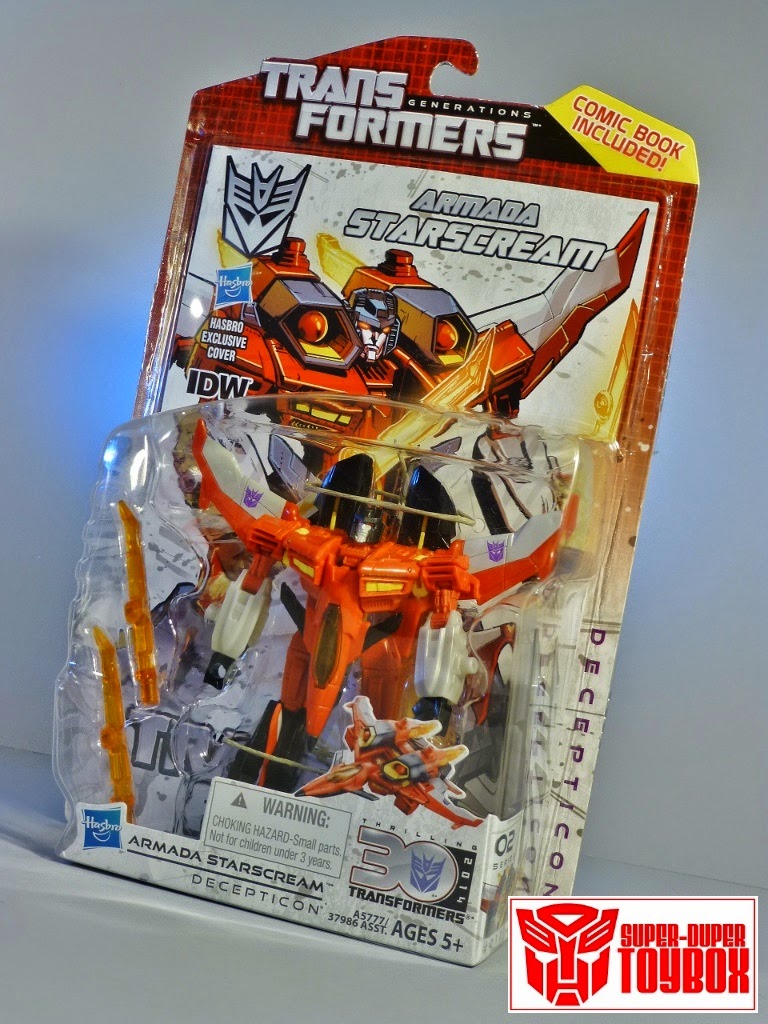 On with the Transformers obsession here at the Super-DuperToyBox! As a novice in the aforementioned realm, character familiarity is extremely limited for me, but I did vaguely remember Starscream from the '80s. I know little of this Decepticon, and even less about the Armada story arc, purchased him by merely his aesthetic merit. This "Thrilling 30" Generations figure came with an IDW comic, the cover of which features a fantastic rendering of this action figure by Phil Jimenez & Romuld Fajardo. Armada Starscream's rocket launcher can be locked atop his shoulders, as seen in the art, and can be a little clunky to operate. My other complaint being the head not locking into anything solidly, Starscream is still a cool figure, with a great little jet mode that's solid. Check out the video:


Starscream has pretty good light piping coming through the eyes, and can fold his energon swords for storage under his wings. He's a little short, but pretty well articulated. This character and action figure seems to be favored by many a collector, most of whom claim Starscream's improved dignity and assertiveness in the Armada story. 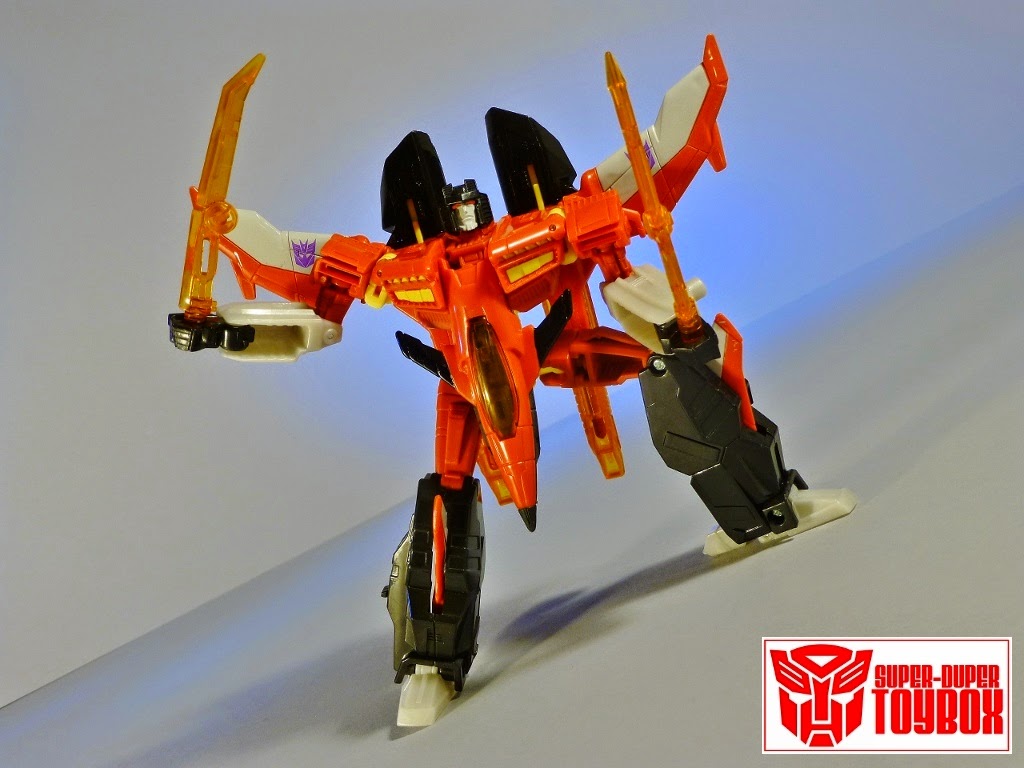 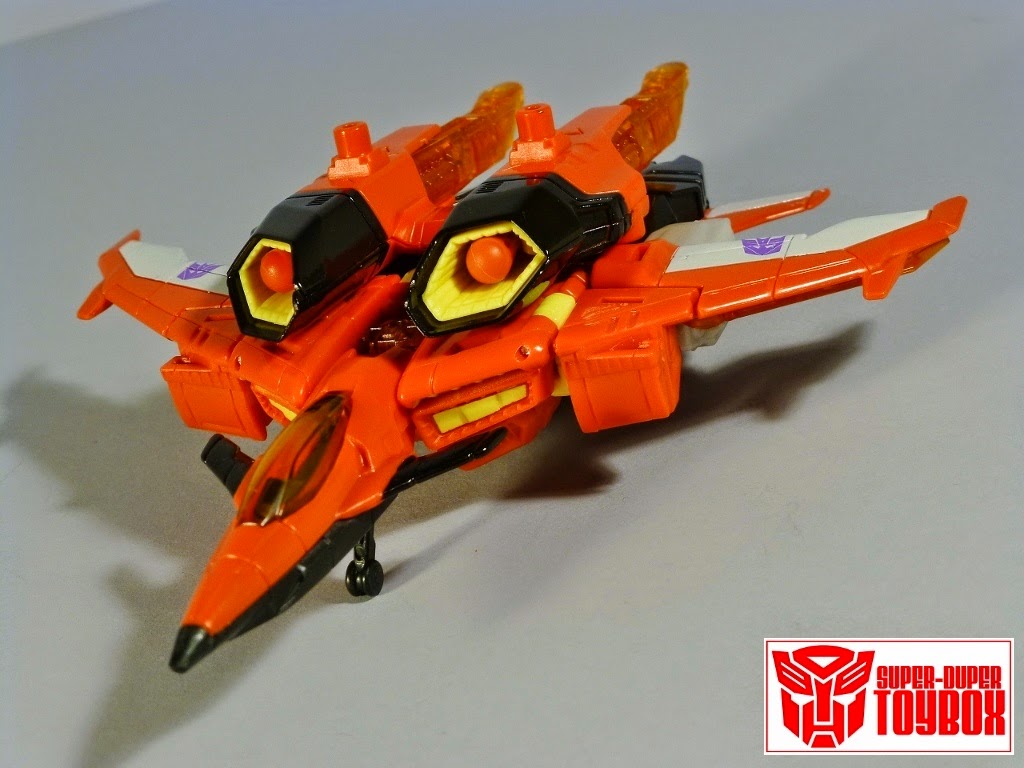 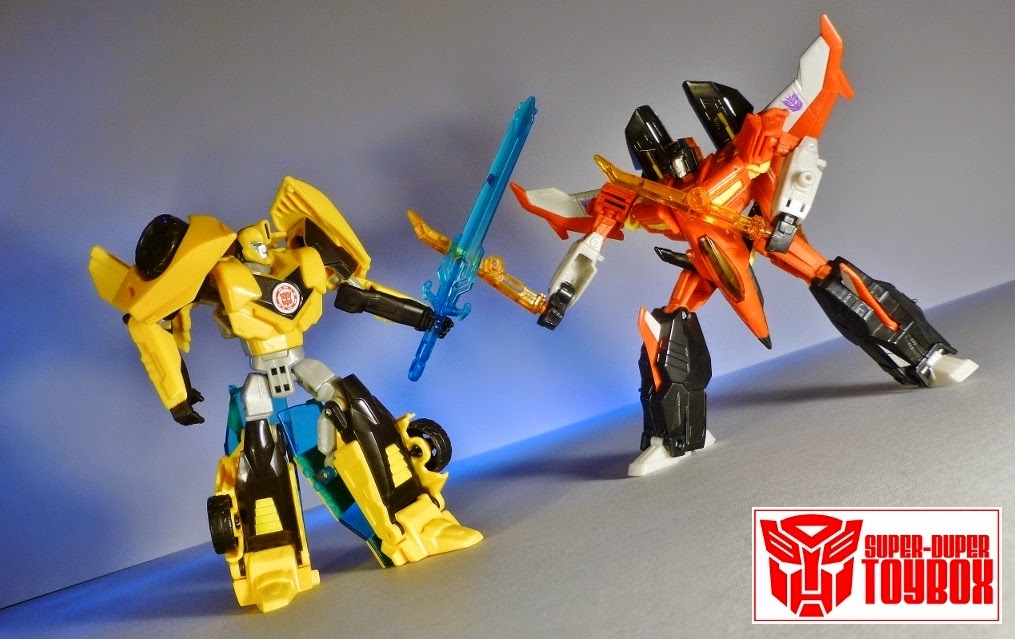 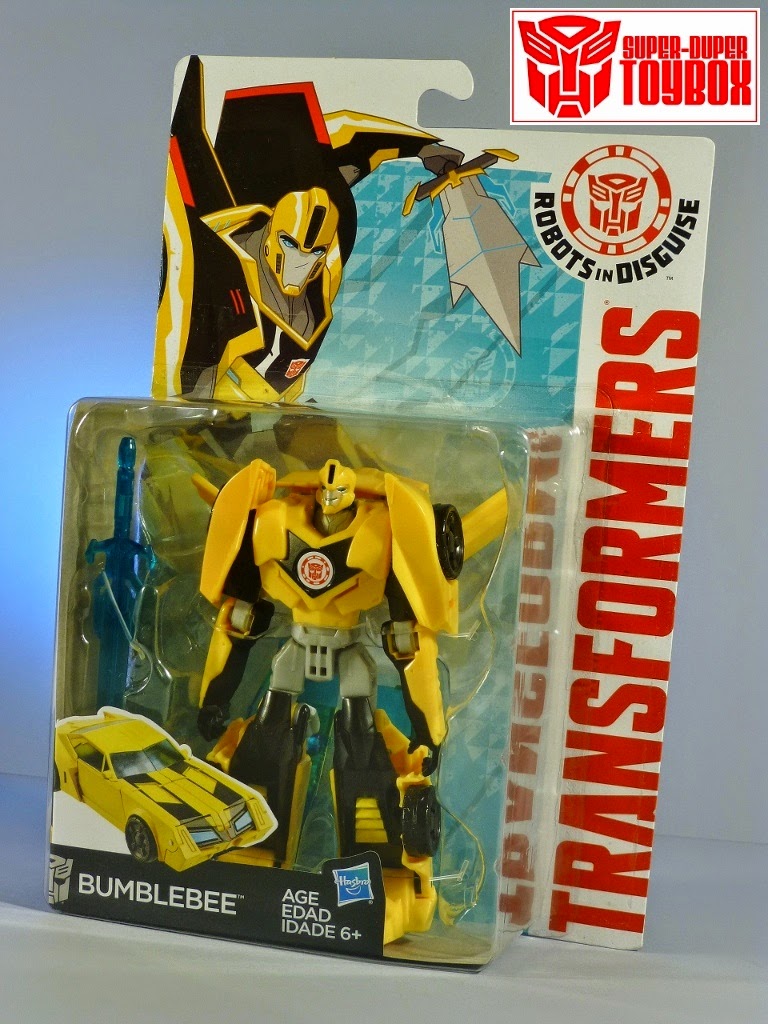 I loved that other Transformers Robots in Disguise Drift so much, that I couldn't resist this plucky looking Bumblebee for a companion, on the advice of a fellow, more experienced Transformers enthusiast. Like I said before, my recent interest in these was a natural evolution- a long-time comics/action figure enthusiast, I started a Hot Wheels blog last year, and here we are. Check out my video:

Some may find this line of Transformers too simple in their transformation and too stylized, but I their articulation is great! I haven't seen much of the new animated series these are based on, but I am currently watching episodes of Transformers Prime on Netflix currently, which seems much better, cast with a more sidekick-status Bumblebee. I like Bumblebee as the Volkswagen Bug, but the modern interpretations have their appeal- I liked the recent motion picture treatment of the character. 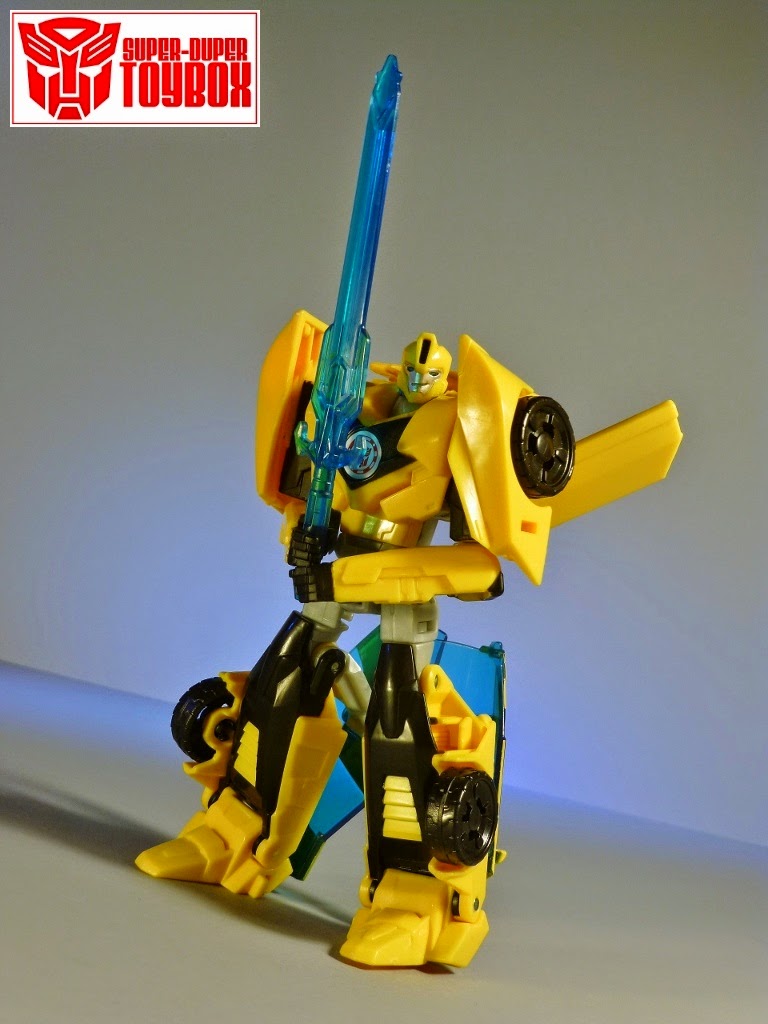 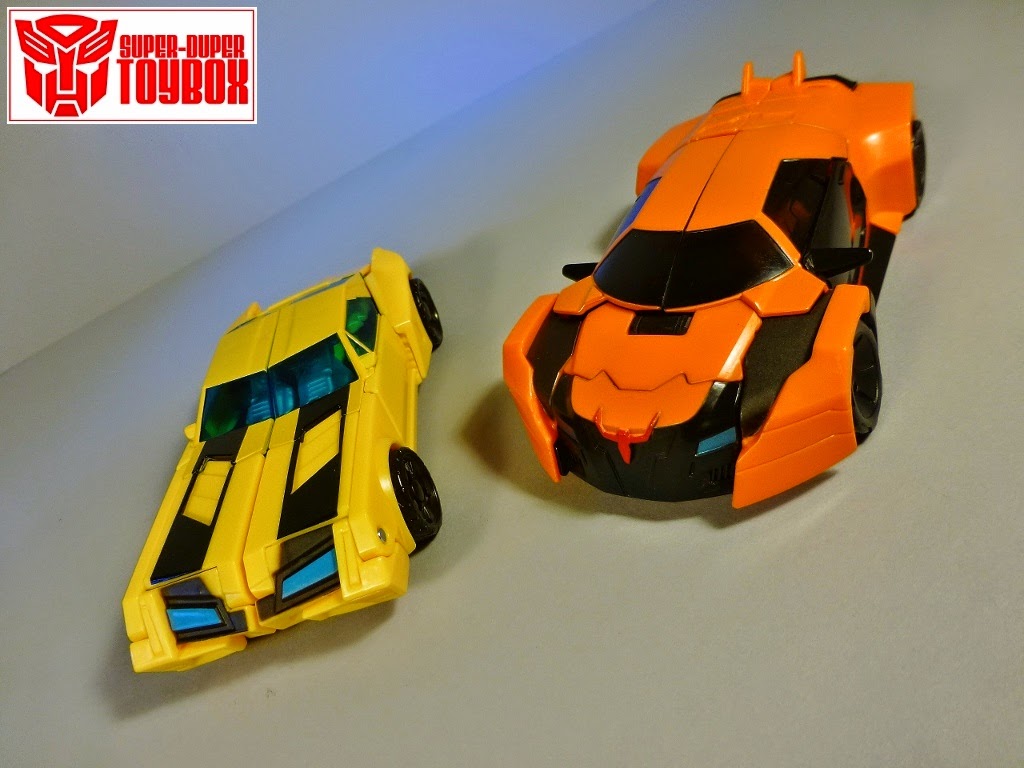 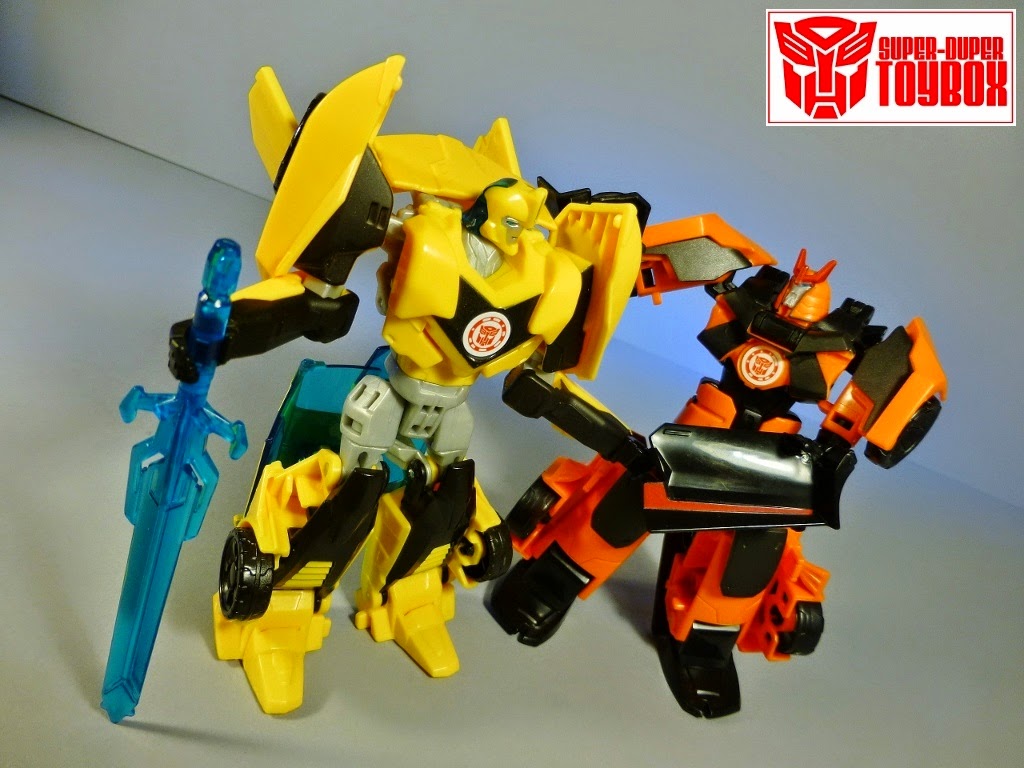 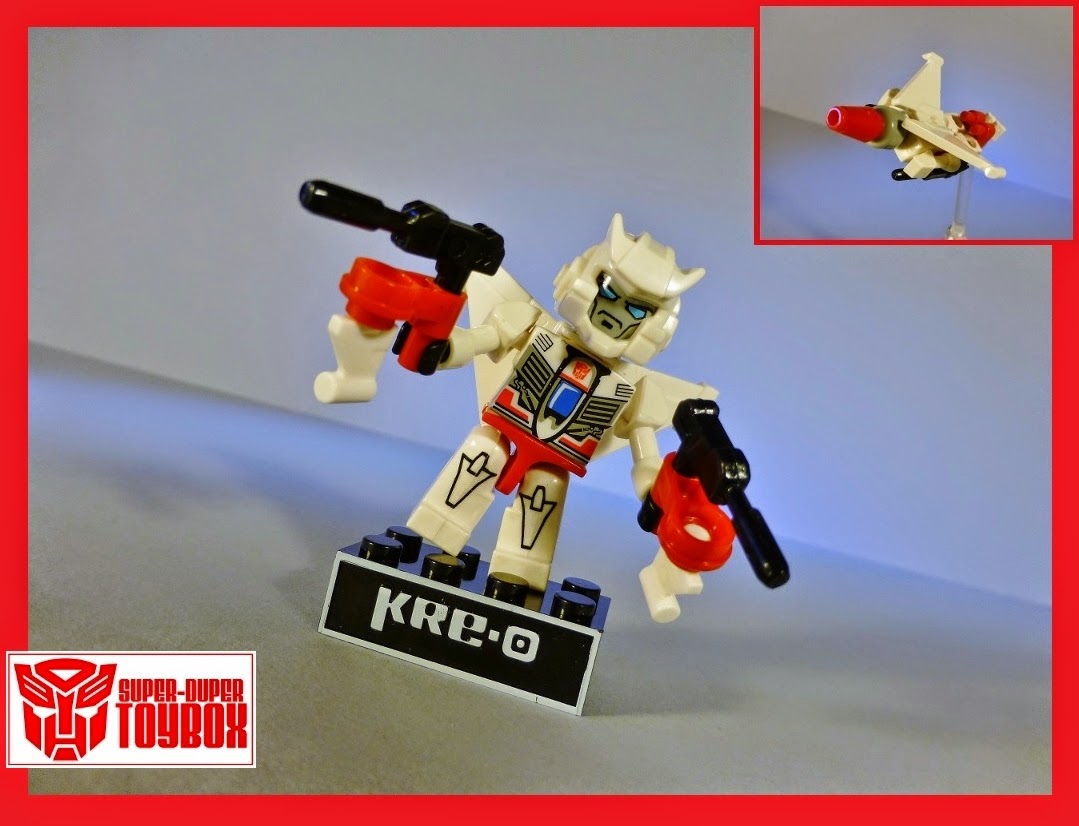 Had fun this weekend making a video for these super cute Transformers Kre-O Micro Changers. While they don't truly "transform" by way of the popular robot characters, their parts can be assembled into a beast or vehicle mode. While I don't have a great deal of "brick" figures, I do have a few Hot Wheels Mega-Bloks figures I love, and am a big fan of MiniMates. Check out my video, complete with music, sound effects, and Transformer's action ...!

Below: Jetwash rescues a generic brick cop from Trypticon! 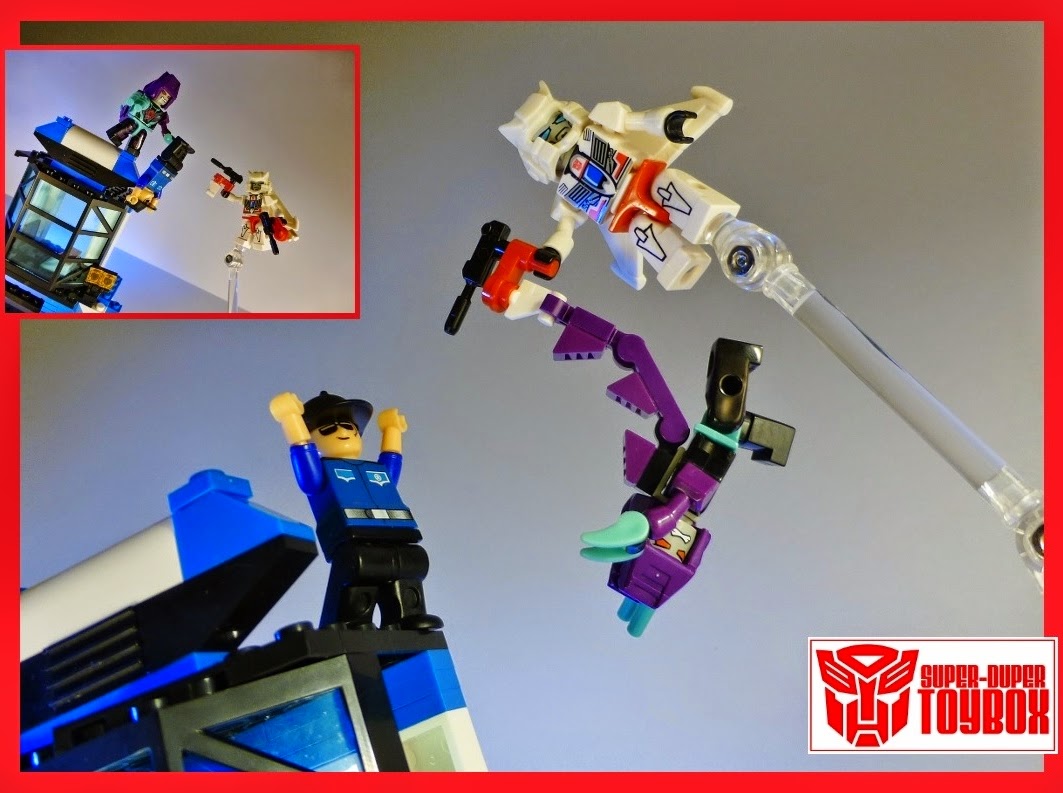 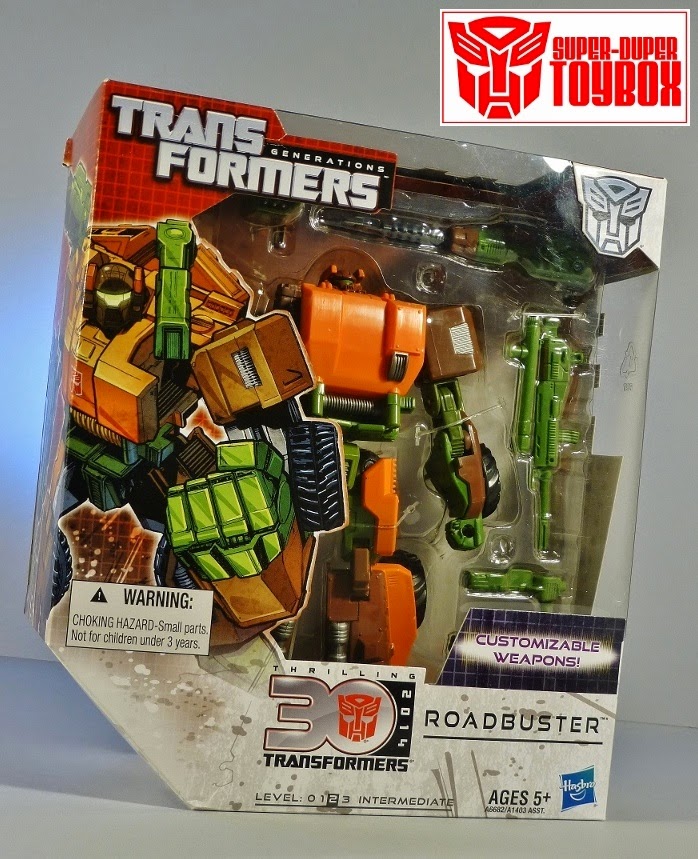 It's safe to say that after buying my first real Transformer, I'm definitely hooked! I chose this Generations Series Roadbuster for his cool vehicle mode, great colors, and generous armory options- he even has a firing missile cannon! This particular Transformer came with a sticker sheet to customize with, of which I used about half. Check out the video:


Autobot Roadbuster in his vehicle mode: 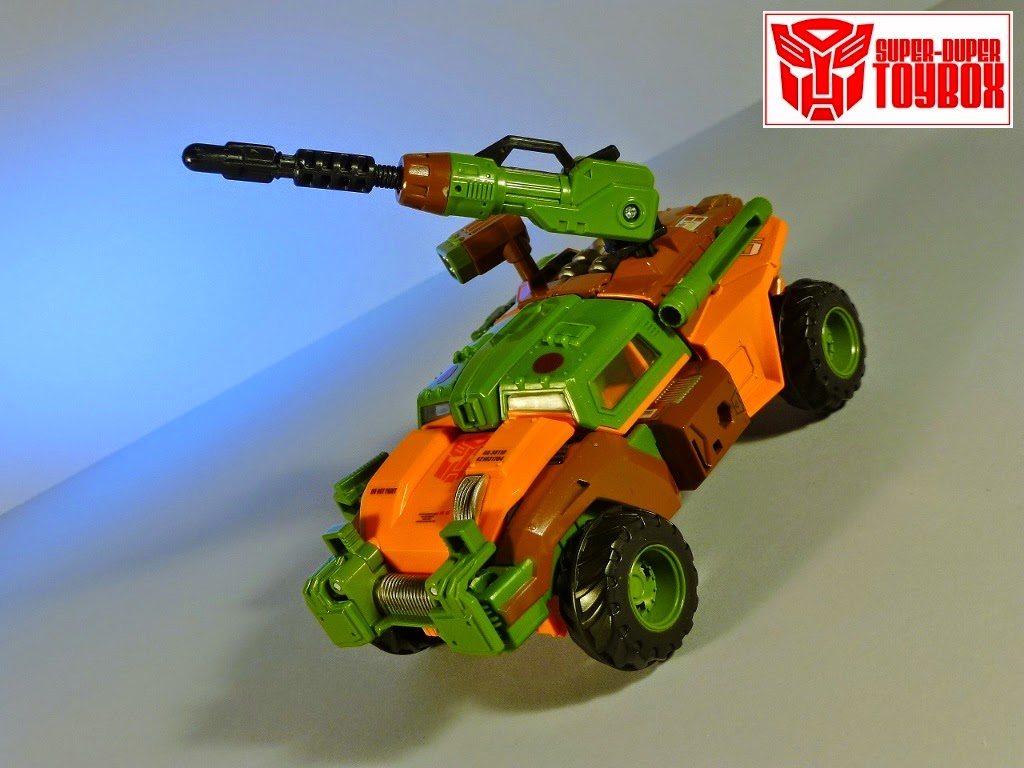 Autobot Roadbuster in his robot mode, armed to the teeth ...! 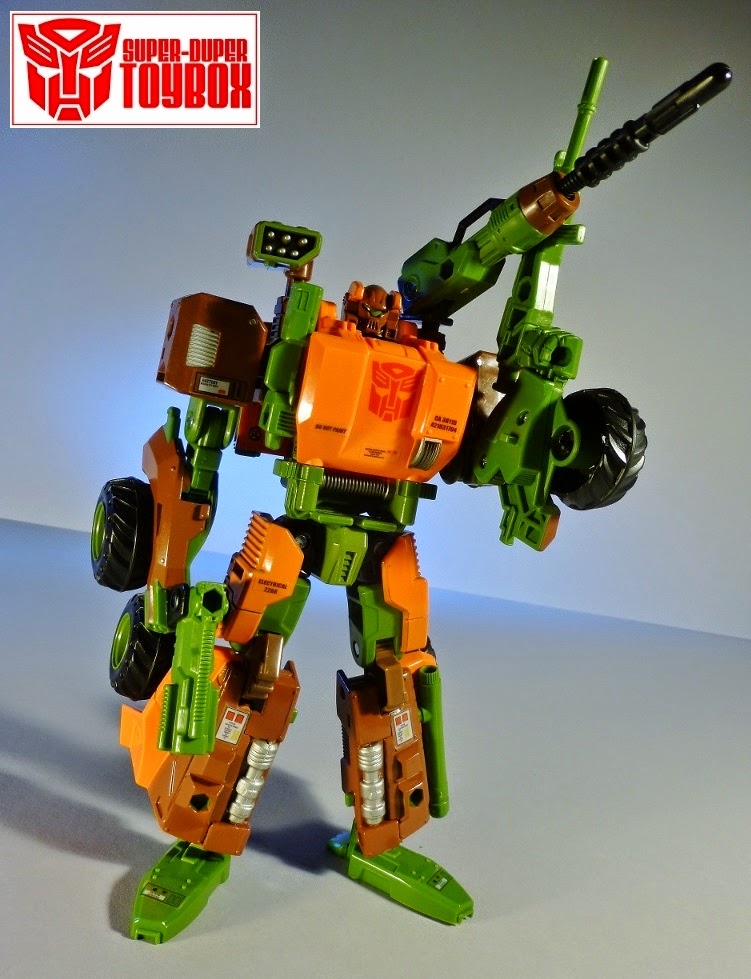 Transformers Generations Roadbuster with Transformers Robots in Disguise Drift from my last post, whose colors compliment each other nicely... 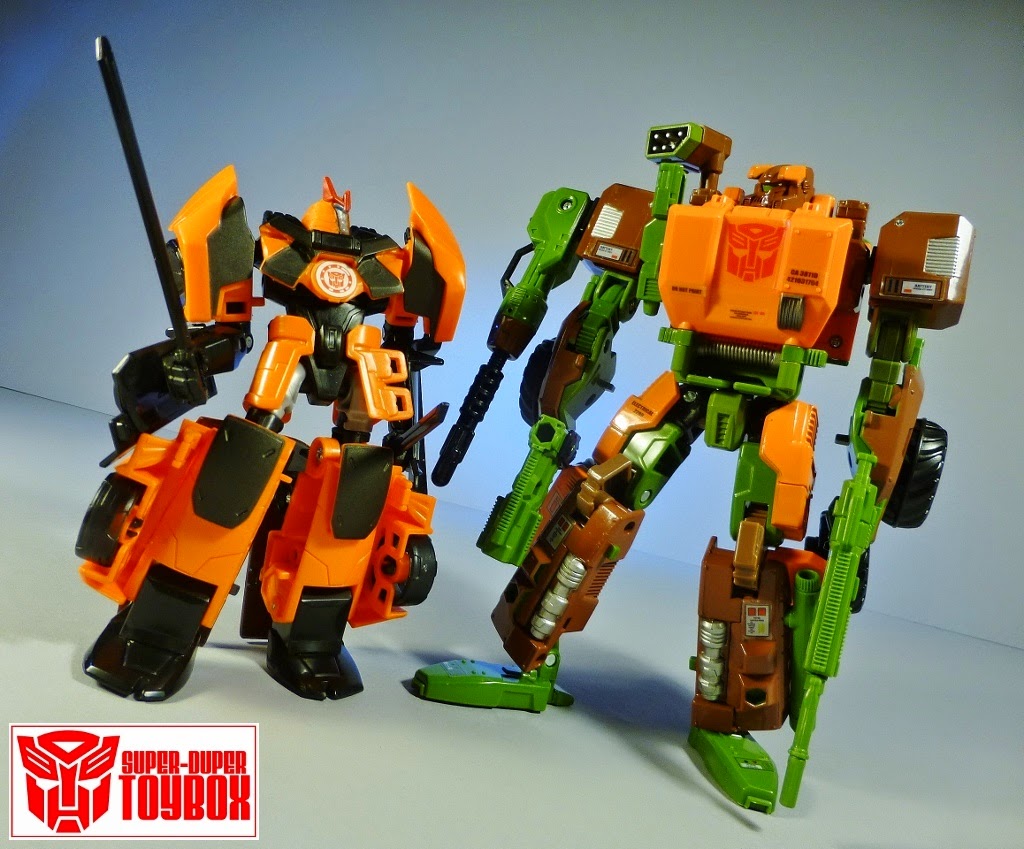 More Later- Make It FUN!
Posted by Super-Duper ToyBox at 4:48 PM No comments: 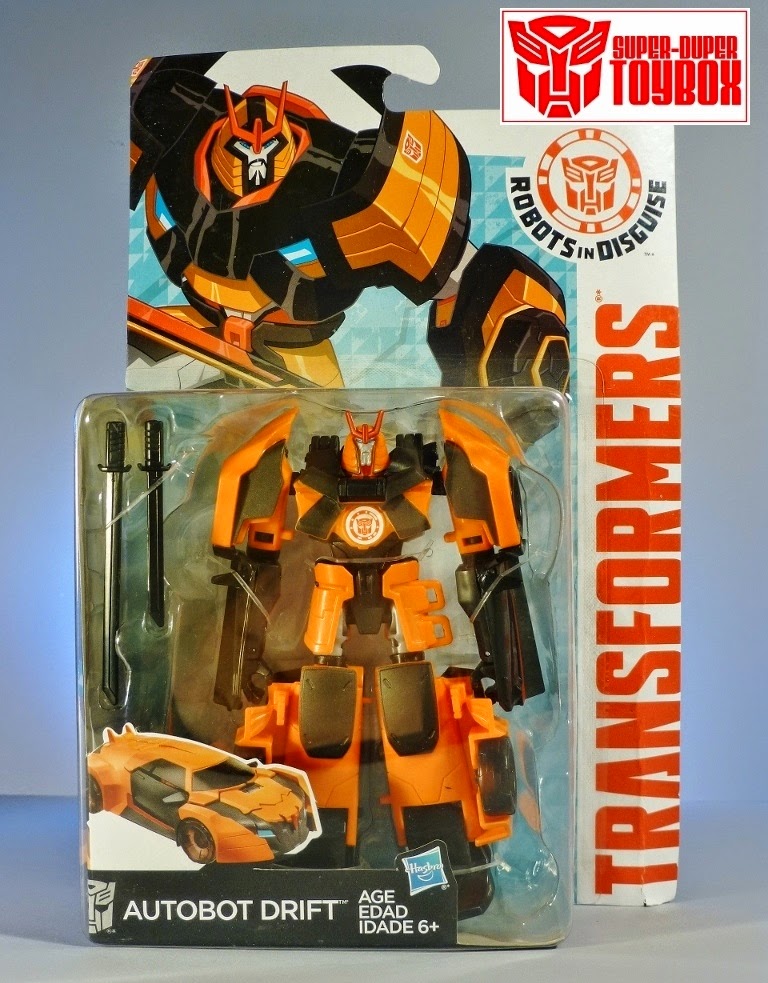 It was a natural move toward Transformers, having started the Super Fun Hot Wheels Blog last year- they are a combination of cars/vehicles and action figures. I wasn't a big Transformers fan before, but started to take more notice after picking up a few Transformers Prime Beast Hunters last month on a whim. I must say I am really enjoying what I call my first real Autobot. This version of Drift is from the new animated series, Transformers: Robots in Disguise, which I've heard great things about. This robot has some great articulation, and I love the simplified/animated aesthetic- I picked the right Transformer! Check out my video...


Autobot Drift in his vehicle mode: 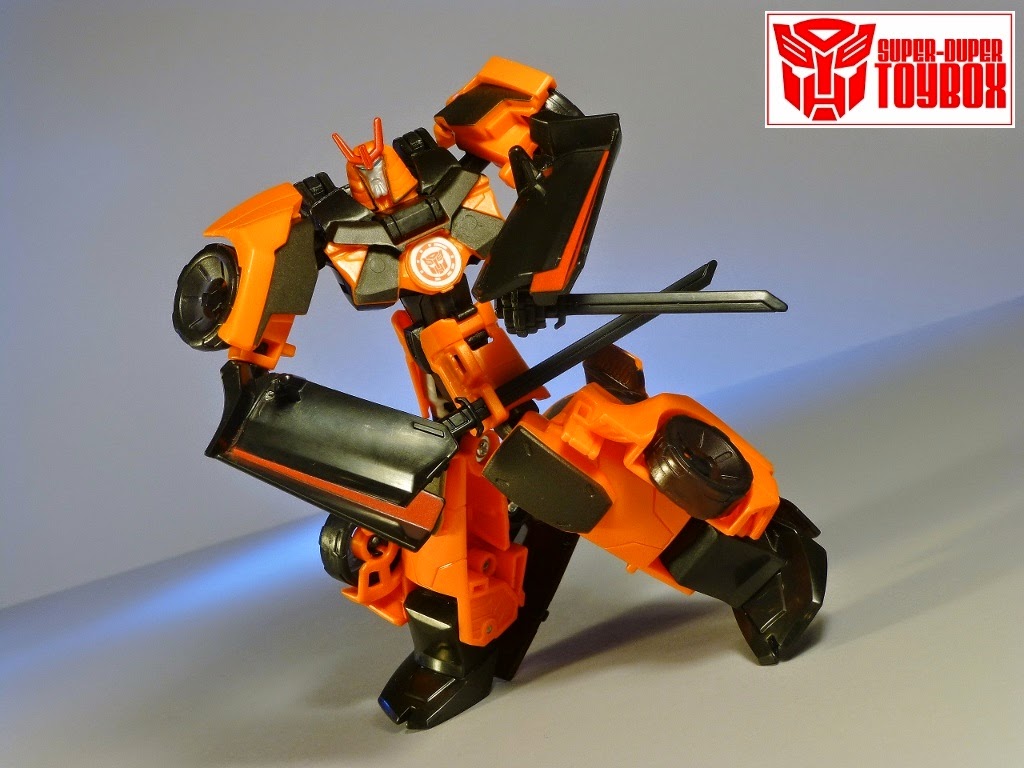 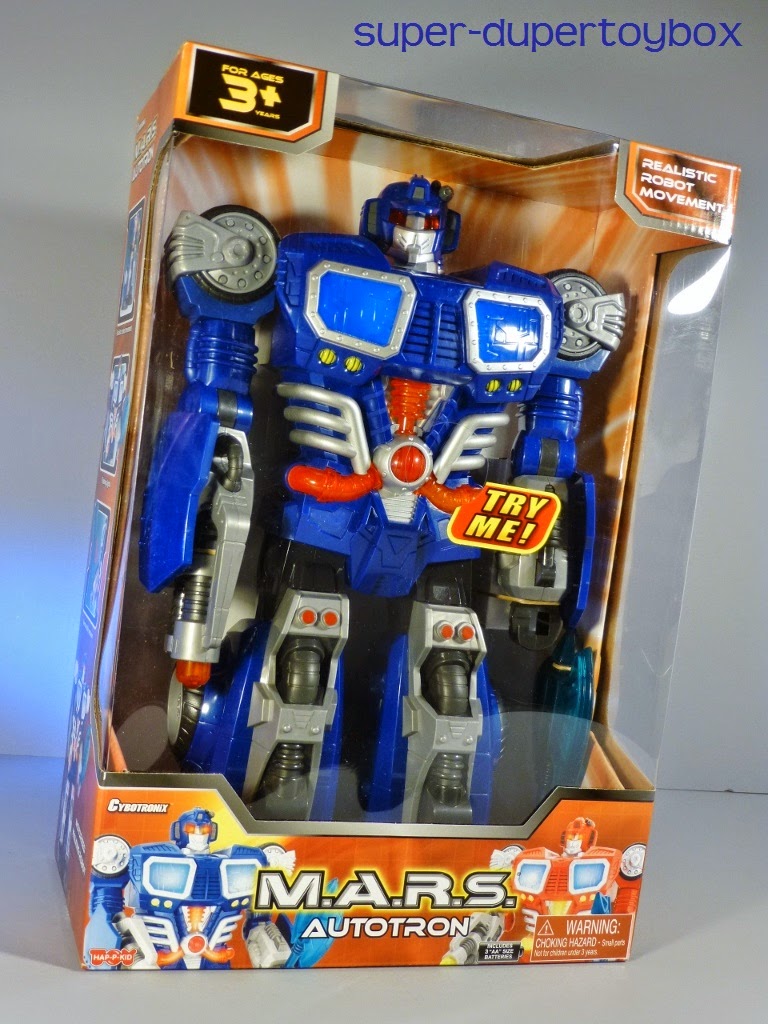 I'd had my eye on this giant, walking talking robot for some time, and finally ran into the blue version again. The M.A.R.S. (Motorized Attack Robo Squad) Autotron is obviously a Transformers Optimus Prime knock-off, but $21.96 was low enough for me to take a chance! Produced by Happy Kid Toy Group, the Autrotron stands 14 1/2" tall, has flashing lights, combat sounds, talks and even walks. He's a big, dumb toy... the kind I love! Check out the video: 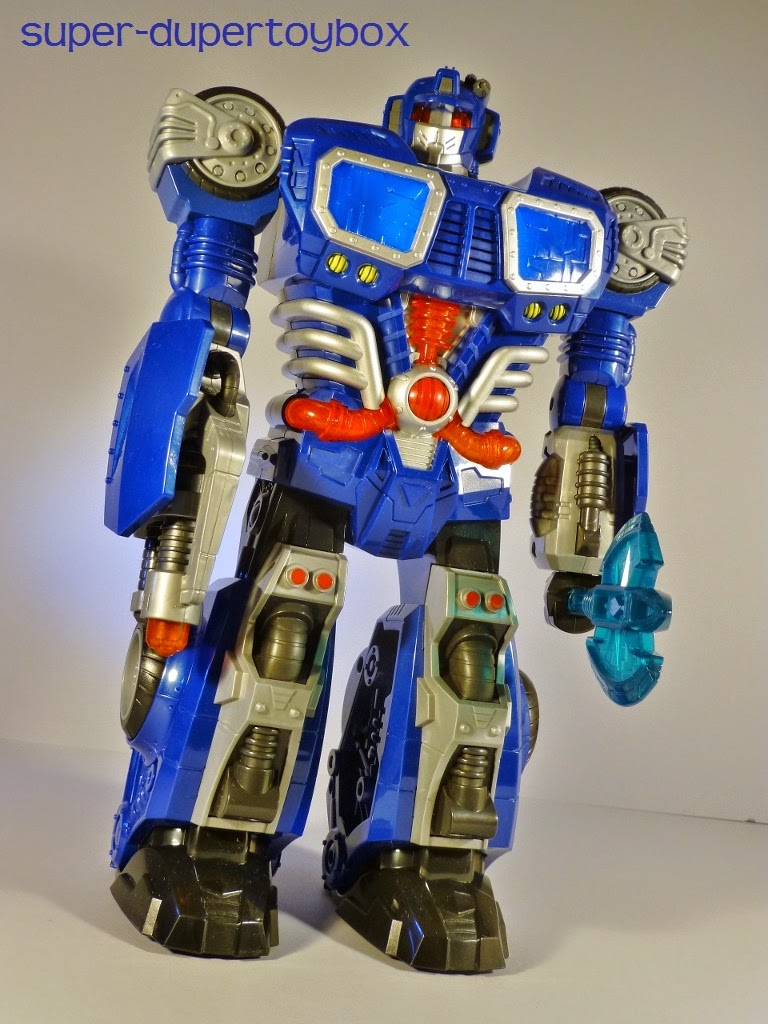 The M.A.R.S. Autotron with my beloved Hasbro Masterworks Sentinel... 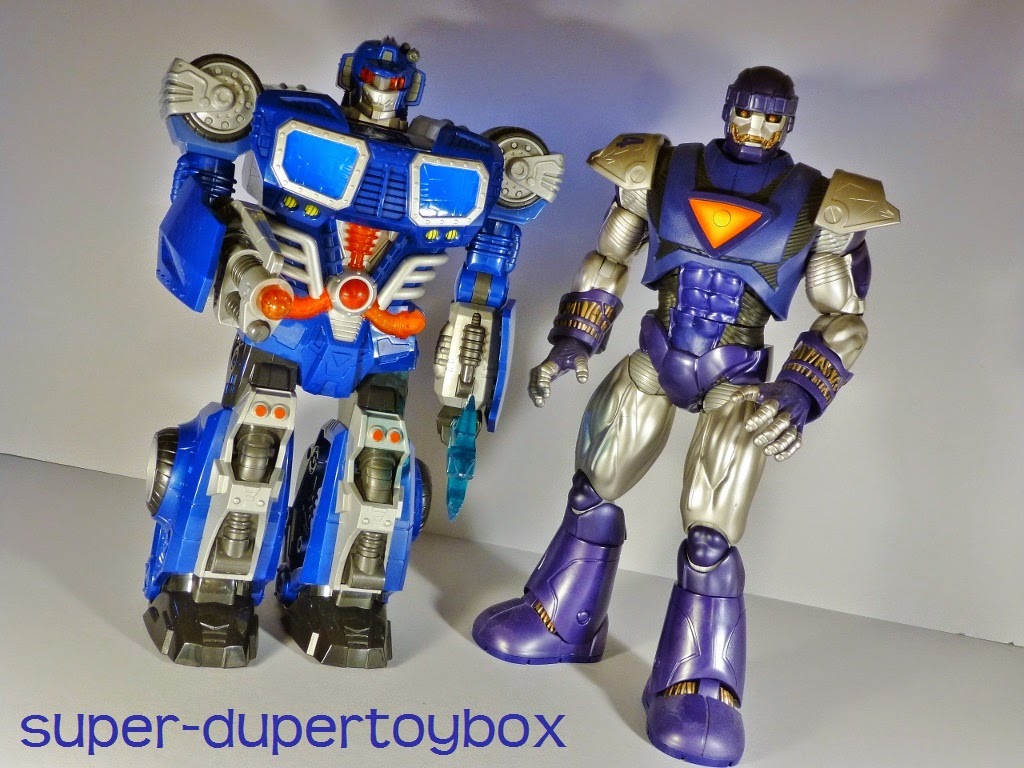