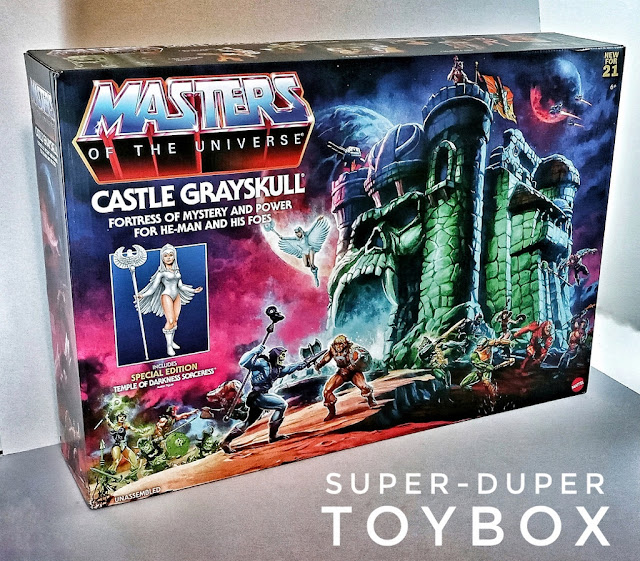 My October 2020 preorder of the MOTU Origins Castle Grayskull finally arrived this past weekend after a month-long delay, and it was worth the wait. This is the crown jewel of the Origins line, and wonderful reboot of the 1982 fortress of mystery and power that captured my imagination as a child! Check out the video: 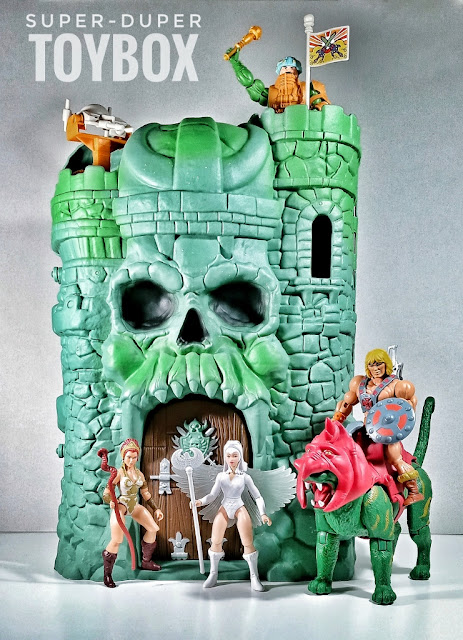 It's almost unbelievable to have this show up on my doorstep 39 years later, and while there have been a few cosmetic changes, the Origins Castle Grayskull hits all the same notes as the 1982 original. The Origins Series packaging art has been fantastic, on full display with this huge 26 x 18 x 6" box, which has a fantastic cross-sell scene on the verso. 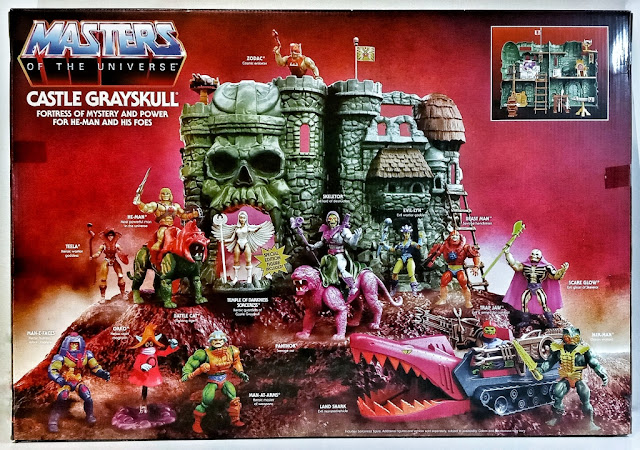 Gone from the interior are the old carboard inserts, replaced by tougher plastic computer modules, while a lot of the other features remain similar to the original playset- the elevator and trapdoor/throne are virtually the same. There is some added sculptural detail in the castle floors, and a little more room at the third level. The stickers are certainly in the spirit of the original, at first glance nearly identical. I'd have preferred more weapons for the armory rack as opposed to the additional, smaller rack included, but am hoping for an accessory pack will be offered later. 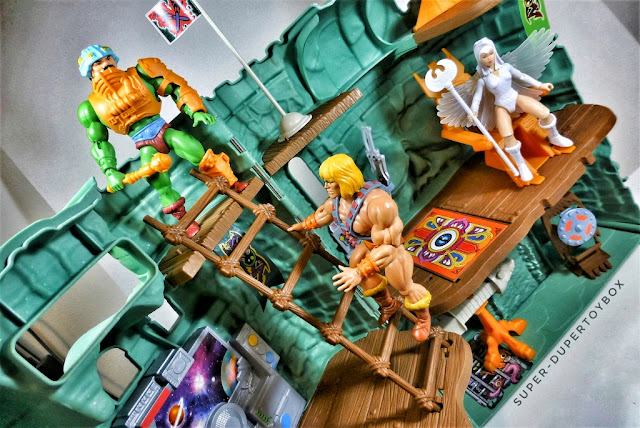 Not to be undervalued is the special edition Temple of Darkness Sorceress included with this playset- I'm certain we will be offered a colored single-carded version of the Sorceress in the future, but this adds a lot of value to an already great package. It's also nice having another female in the MOTU Origins lineup. 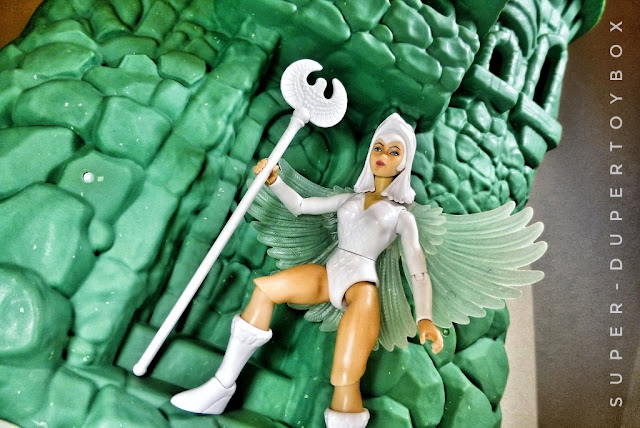 A lot of collectors are showing side-by-side comparisons of the new Grayskull with the original 1982 version, but I only have the Funko Primal Age Batcave to measure it against. I got a great deal on this MOTU-inspired playset last year, in anticipation of the forthcoming MOTU Origins Castle Grayskull- while enamored with the new Grayskull, no love was lost on this fantastic playset. Any MOTU fan would enjoy having this Batcave, which makes a great lair for Skeletor and his evil minions, in lieu of Snake Mountain. 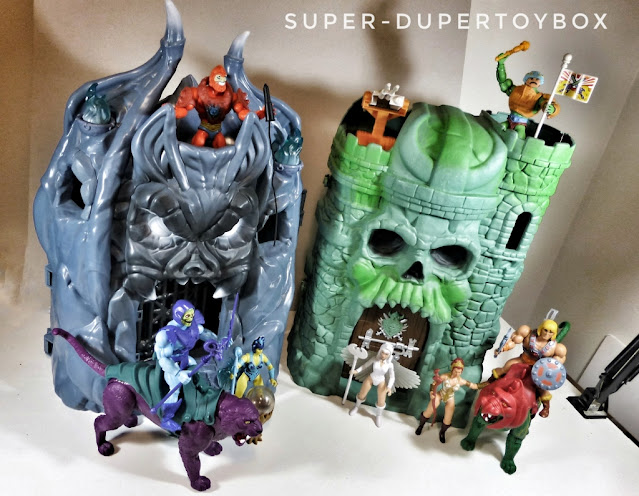 See the 1982 Castle Grayskull and more of the original He-Man and
the Masters of the Universe line at the Battle Ram Blog!
Follow the Super-DuperToyBox on Instagram!
More Later- Make It FUN!
Posted by Super-Duper ToyBox at 10:21 AM 1 comment: 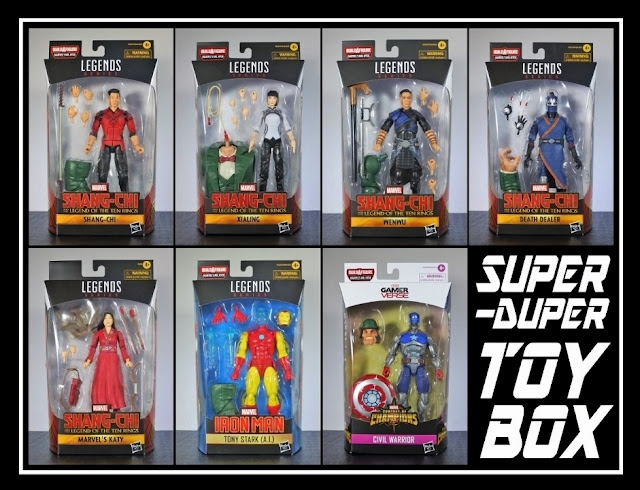 I try to avoid buy entire waves of Marvel Legends because I have a ton of them, but this Shang-Chi wave looked good, and as a fan of classic horror characters, I loved the Mr. Hyde BAF. I got back into Marvel Legends in 2017, collecting way more of them than I had in years past while writing this blog. Around 2016, Hasbro really raised the bar on this line, the MCU figures really improving in both their sculpt detail and facial portraits. While the Shang-Chi portraits have somewhat blank expressions, the sculpts and paint are fantastic! Check out the video:

Below, the Mr. Hyde BAF built with parts included with the Marvel Legends Shang-Chi Wave, next to my Marvel Legends Joe Fixit BAF. I assembled Joe Fixit after purchasing his Marvel Legends wave in November of 2020, and while he's the Gamerverse version of the character, I'm quite fond of him. Mr. Hyde's coat doesn't have a cape like the classic version I grew up with, but he retains the comic book aesthetic by and large. 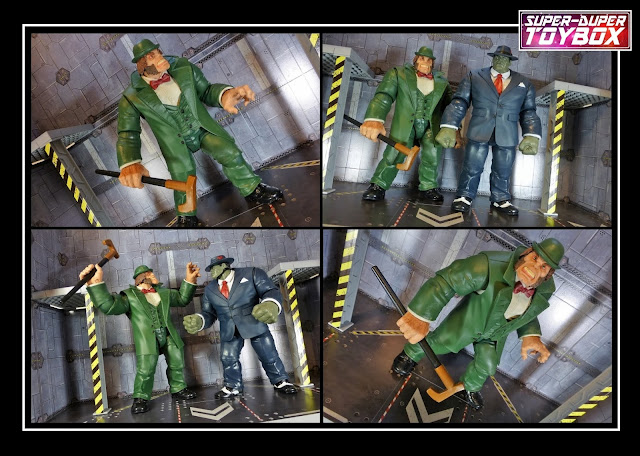 I have two other Iron Man figures built on this buck Hasbro produced for the 80th Anniversary Iron Man, but it sure looks good in the classic comic book colors. It looks good next to my 3.75" Marvel Legends Retro Series Iron Man, below. Both really take me back to the Mattel Secret Wars Iron Man I loved as a child! See more comparisons of the Shang-Chi Wave next to other figures in my collection in the video above! 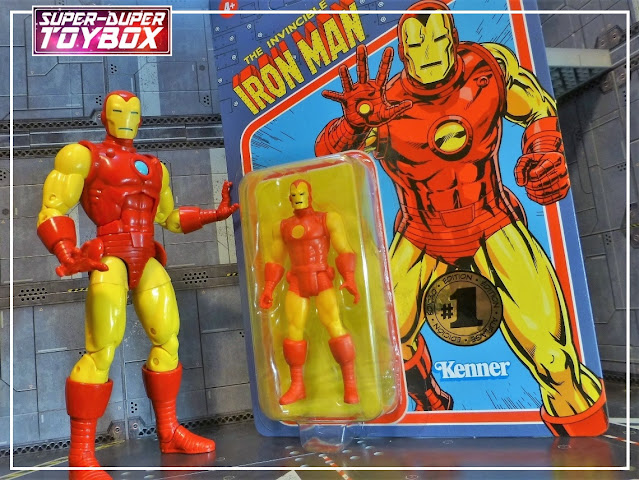 While I've seen none of the Disney channel Marvel shows, I'm definitely interested in the forthcoming Shang-Chi movie, as well as the next chapter of the MCU. This was a great looking group of figures, and a great way to pick up a classic Iron Man if you missed the initial 80th Anniversary Iron Man, nice translucent Tony Stark A.I. head included. Recommended! 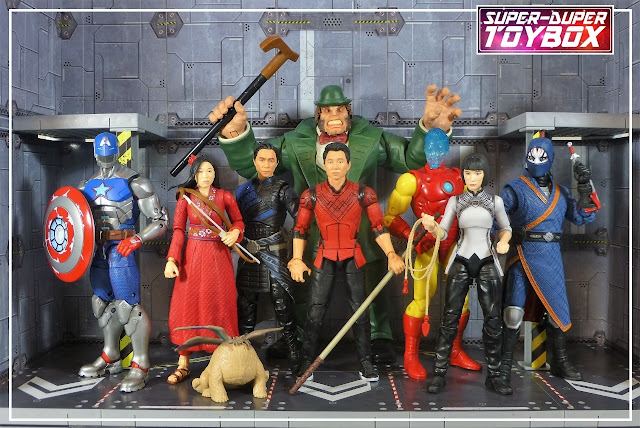