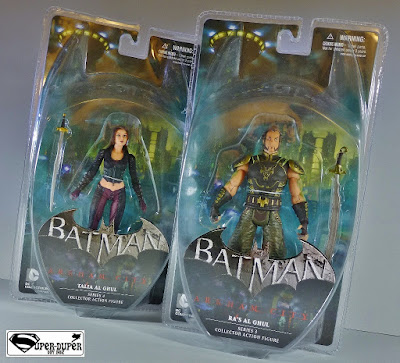 It's time for a good old fashioned DC Collectibles review here on the Super-DuperToyBox! I showed a haul of them at the end of 2014, but hadn't reviewed any individually since February of last year. Time flies when you're having fun! I can't remember when I scored the Batman Arkham City Talia and Ra's Al Ghul, but they've been around awhile- the Talia is from series 4 in 2013, and Ra's from Series 3 in 2012. I bought these online at notable discount which can still be attained on these and other more recent DC Collectibles figures- it seems like the market suddenly became saturated, and most characters are plentifully available. 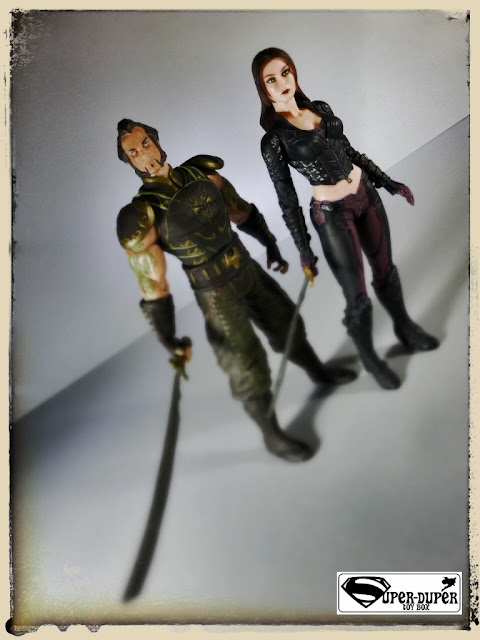 While the articulation has become even better on the majority of DC Collectibles in the last year, Talia and Ra's are vastly improved compared to the DC Direct era. They have swivel biceps, Talia has swivels at her boot tops, and Ra's has them where his gauntlets meet his forearms and in the waist, as well as hinged shoulder armor. 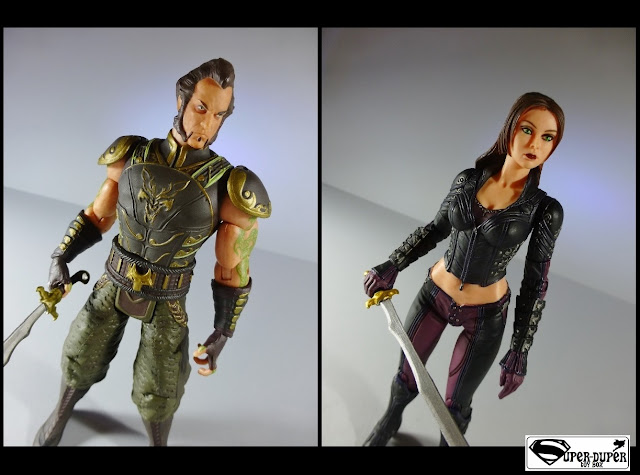 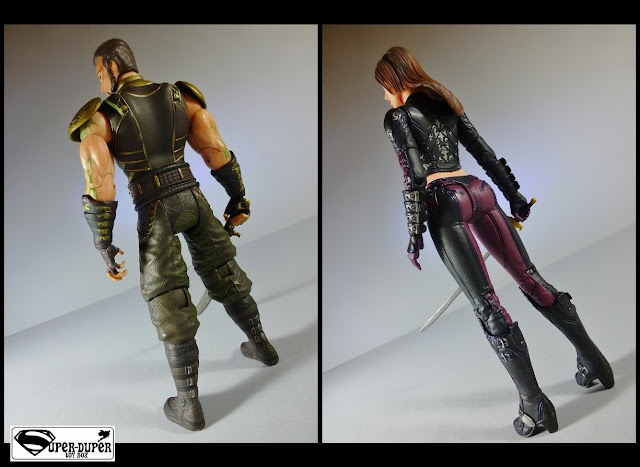 The details on these figures are exceptional in detail, the minutiae of sculpt and paint creating if not the illusion of reality, an inspired vision of comic art in three dimensions. All the buckles, sculpted armor deco and fabric texture are dynamite! The sword accessories are serviceably painted, with a scalloped blade near the hilt- Talia holds hers more securely than Ra's. 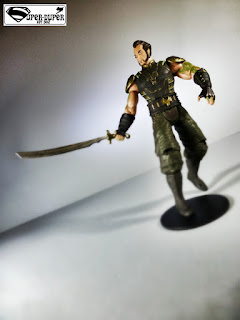 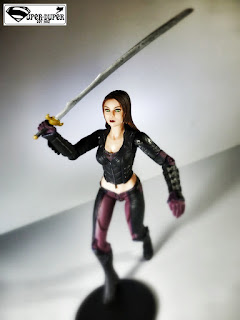 We are all now well aware of Talia and Batman's love child, Damian the Boy Wonder, and his cruel 2013 fate in the pages of DC Comics Batman Inc. Some readers may have been even more infuriated by his subsequent resurrection, but that's showbiz, Kids. I still love this 2011 DC Direct Batman Incorporated Robin... 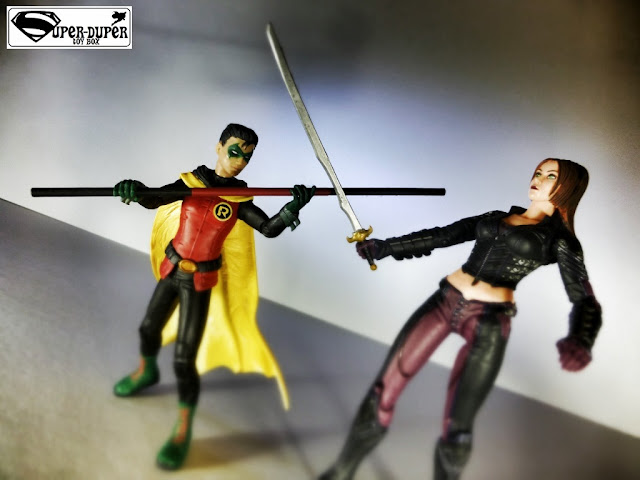 This buff Ra's would be a match for the 2011 Series 1 Arkham Asylum Batman... 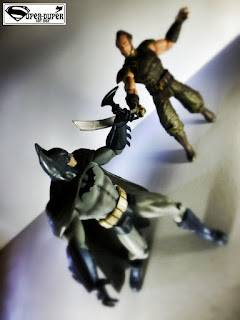 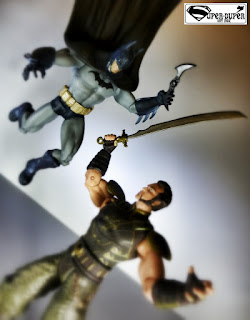 The still limited articulation of these earlier DC Collectibles figures are somewhat a challenge to pose, made no easier by the exclusion of bases we've experienced recently. Luckily I have a many of the pegged black discs around from earlier 7" DC Direct figures, which fit into the sole of their right foot. That aside, this father/daughter duo are beautifully rendered, quality action figures... 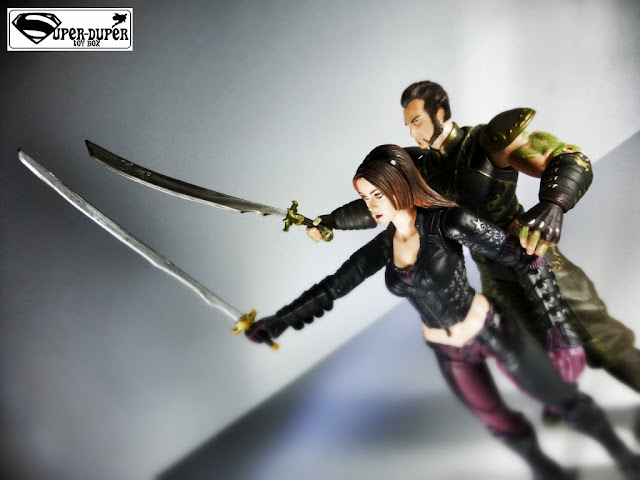 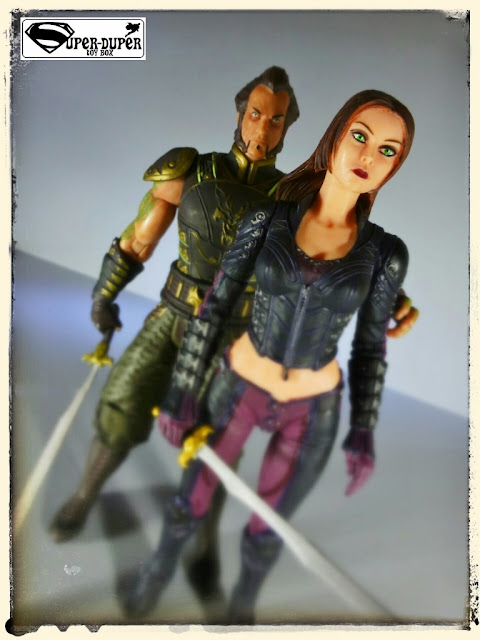 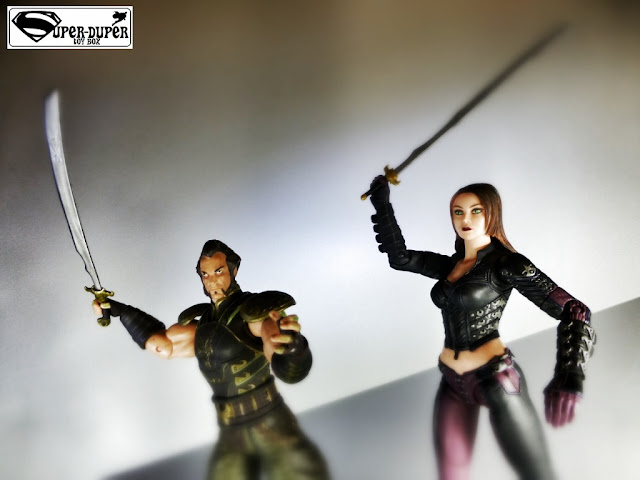 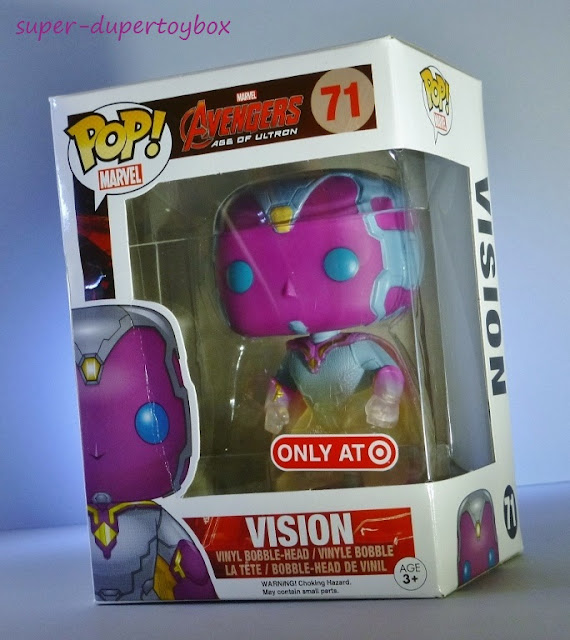 I passed on this Target exclusive "phasing" POP! AOU Vision for the last time, finally picking him up this weekend. I have a few of these adorable Funko figures, and while I prefer the ones that are straight figures as opposed to bobble-heads, I could not resist the Vision! Check out the video: 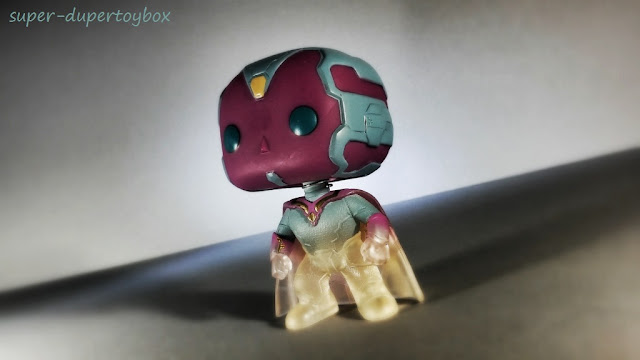