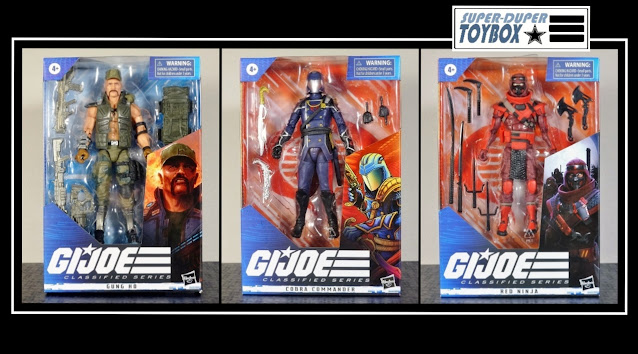 This second Wave of G.I. Joe Classified arrived late last November, and I finally got to crack them open- for whatever, this line has trickled in, and the elusive Target exclusives kind of threw a wet blanket over my enthusiasm for it. That said, these are nice action figures, particularly the beautiful Cobra Commander from this wave. Check out the video: 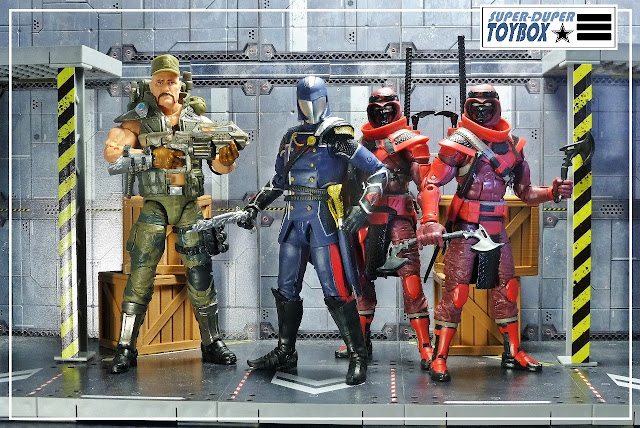 The Red Ninjas from this wave were a big part of the attraction of this second wave of G.I. Joe Classified figures- they fit in good with my Marvel Legends figures, like the Venompool BAF I reviewed at the end of 2020. .. 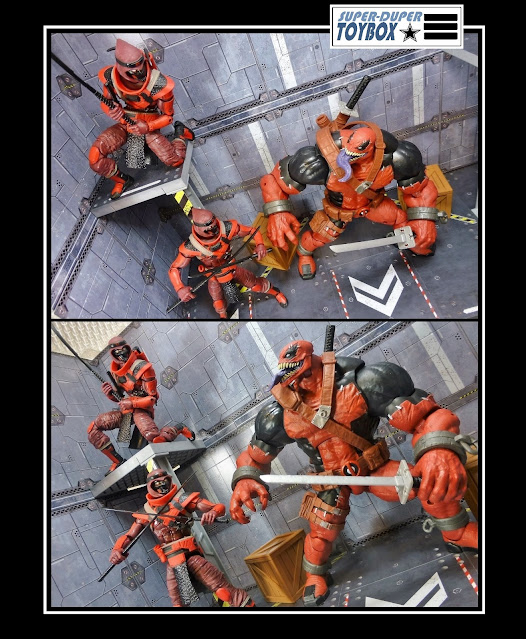 While I have a couple more Classified figures aside from what's in the photo below, I'm unsure how much further I'll pursue this line. I've liked all of them, but the seemingly unattainable Target exclusive figures are a frustration, and I'm barely a casual G.I. Joe fan- I had several 3.75" Joes in the '80s, but not much beyond that. As an action figure fan however, I have to admire the nice deco, articulation, and accessories on these. It's been said that Hasbro has recently produced figures that sometimes rival import quality, Snake Eyes, Destro, and Cobra Commander are certainly examples of this. See my post on the first G.I. Joe Classified wave! 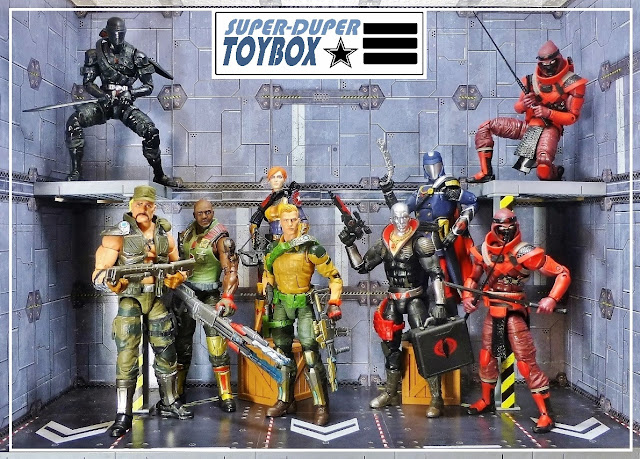 Follow the Super-DuperToyBox on Instagram!
More Later- Make It FUN!
Posted by Super-Duper ToyBox at 9:48 PM No comments: 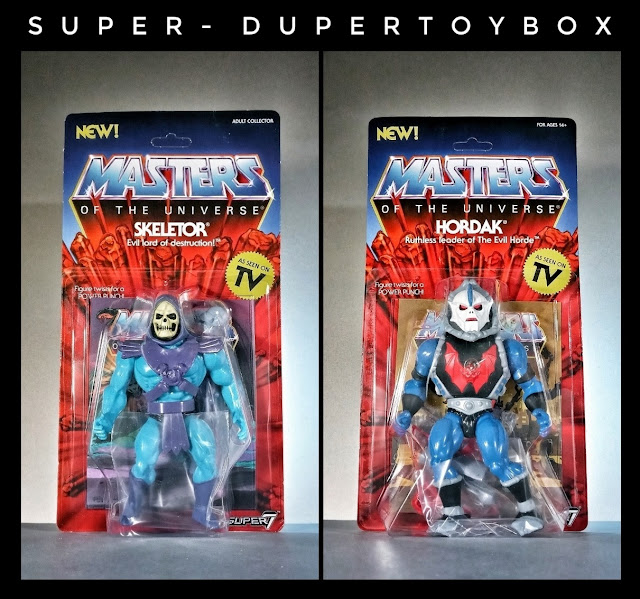 While I was awaiting BBTS to drop more MOTU Origins figures in my pile of loot, I picked up this  5.5" Skeletor and Hordak Super 7 released in 2018. The characters in this vintage line are styled after their portrayal in the classic Filmation animated show from the '80s. The articulation is as basic as the original MOTU figures, save a somewhat more useful hinged swivel hip joint as opposed to the earlier nylon banded legs. 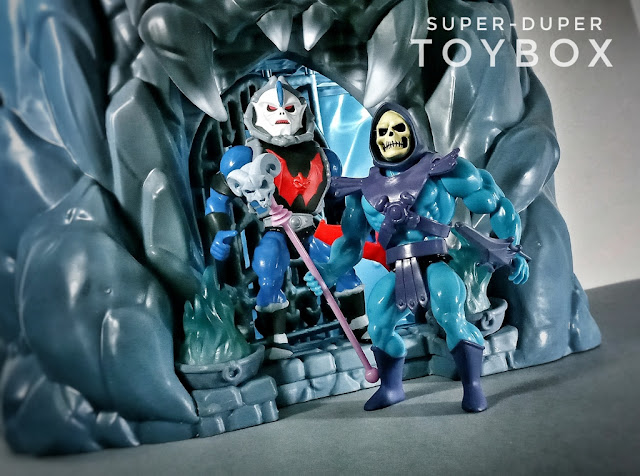 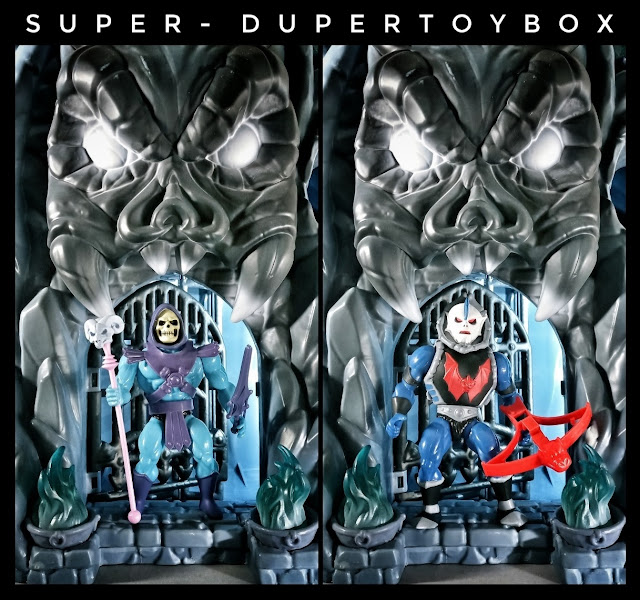 In spite of their limited articulation, these two are particularly beautiful in their color and retro styling. Both included an insert card instead of a comic, the verso showing the evolution of each character from their original toy inception to their animated debut. 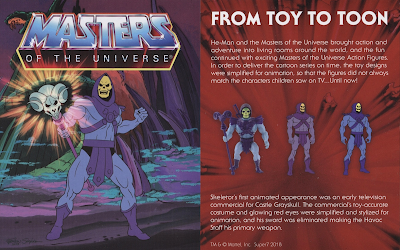 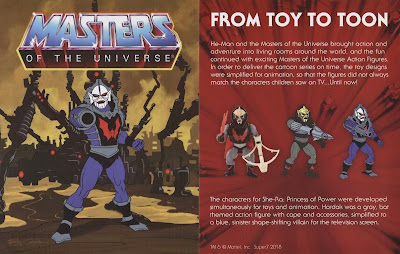 My love for this Super 7 Skeletor rivals the new Origins Skeletor, his aesthetic pushing all the nostalgia buttons, and different enough to enjoy as a variant of the character in my collection. Mattel scored a homerun with the updated articulation and modular design of the Origins line, but these Super 7 figures do their own thing. 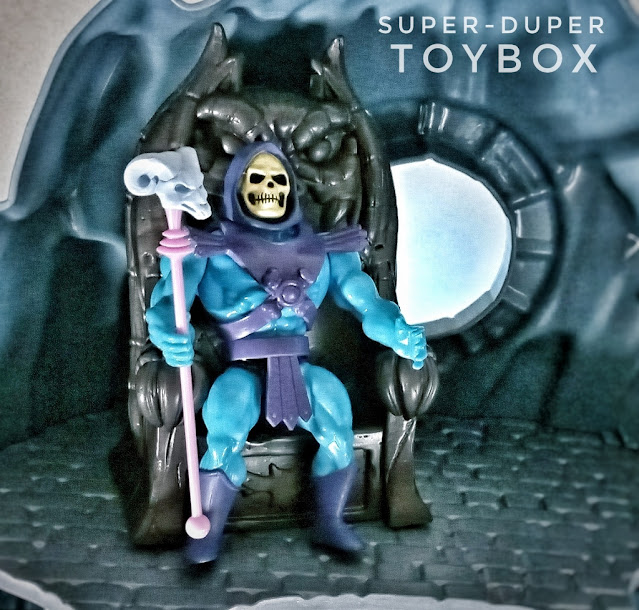 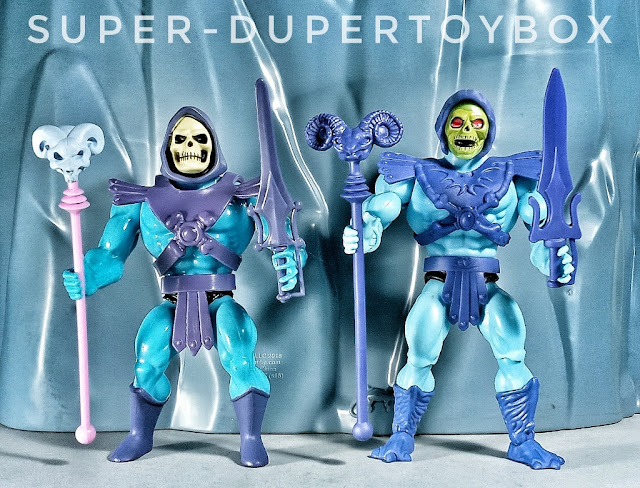 In addition to his crossbow, Hordak came with an arm cannon accessory to slip over his fist, but the weapons that came with my Funko Primal Age Batcave complemented him so much more that I neglected to photograph him with it. He fits this playset so well! 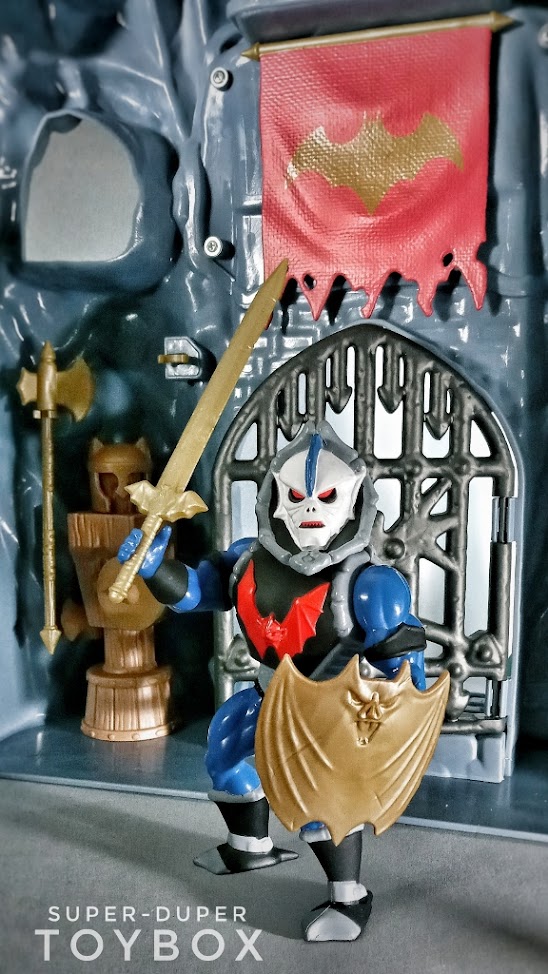 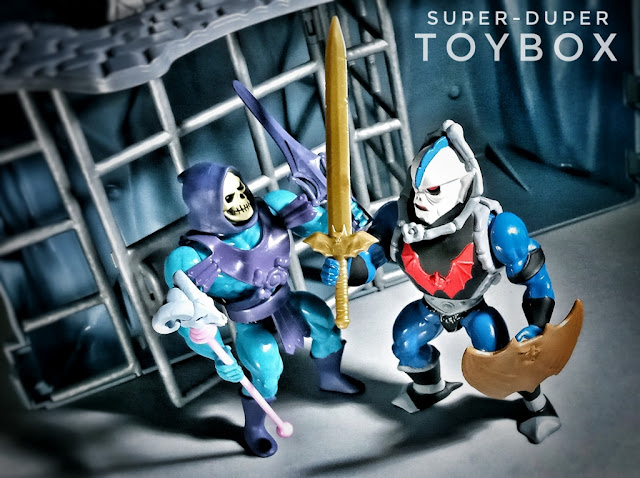 I don't feel the need to pick up any more of these Super 7, with Mattel's incredible MOTU Origins series releasing so much cool stuff this year, but I do love these. Super 7 really caught the spirit of the '80s figures, updated slightly to emulate the Filmation material. At $20.00 each, there are more than the Origins figures, but a decent value. Recommended! 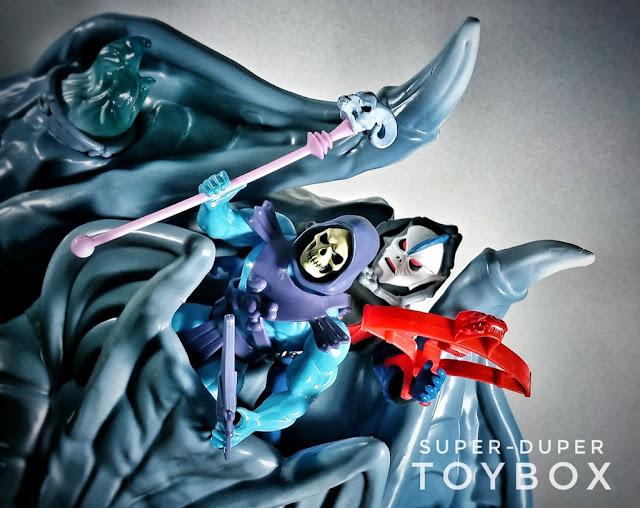 Read more about the original Masters of the Universe line at the Battle Ram Blog!
Follow the Super-DuperToyBox on Instagram!
More Later- Make It FUN!
Posted by Super-Duper ToyBox at 9:16 PM No comments: