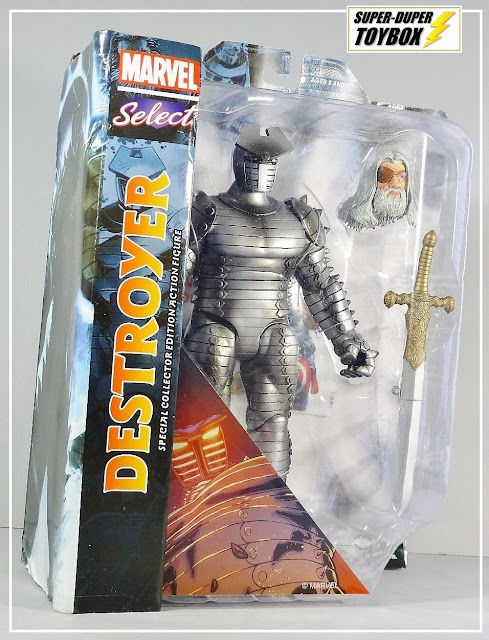 I had to circle back for this one after discovering it for a reasonable price on the secondary market, the price skyrocketing a couple years here after it's release. The Marvel Select figures I prefer tend to be their larger characters, though I don't have many- they outsize their Marvel Legends counterparts, and usually have better paint. Marvel Select figures have improved articulation the last few years, and this 9" Destroyer is a good example of this with 18 points, which include hinge/swivel wrists, ankle rockers, and ball-jointed shoulder pads. Check out the video:

While accessories are few, they are the ones that count in a highly
detailed alternate All-Father Odin headsculpt and 7" Odinsword. 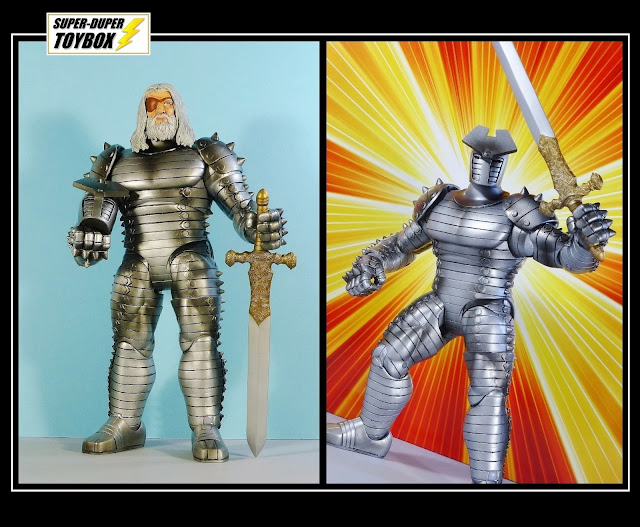 Below, Destroyer with Marvel Select Hulk and Thanos, a couple of
favorite big figs that have been in my collection for years!

I've been clearing out inventory from the Super-DuperToyBox pretty much continuously since January! Click the eBay Clearance Sale badge at the top of the right sidebar of this blog to bid on some great DC Universe Classics and more! Hurry- dozens of items have sold on their first auction due to my low pricing! Follow the Super-DuperToyBox Instagram to see live updates on a few of the items as they are going up for auction: 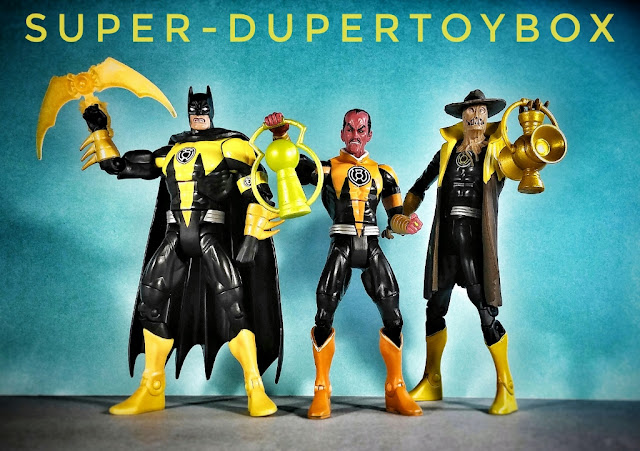 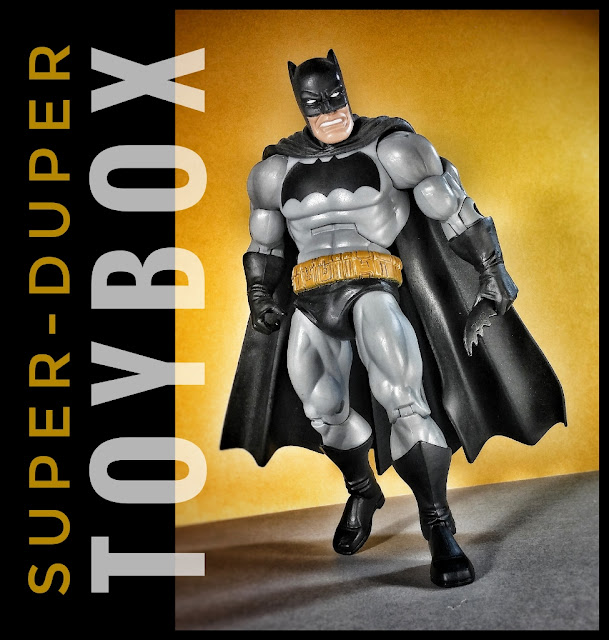 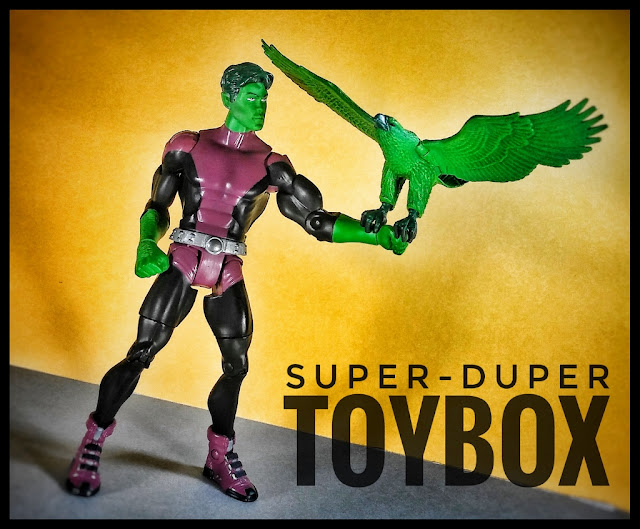 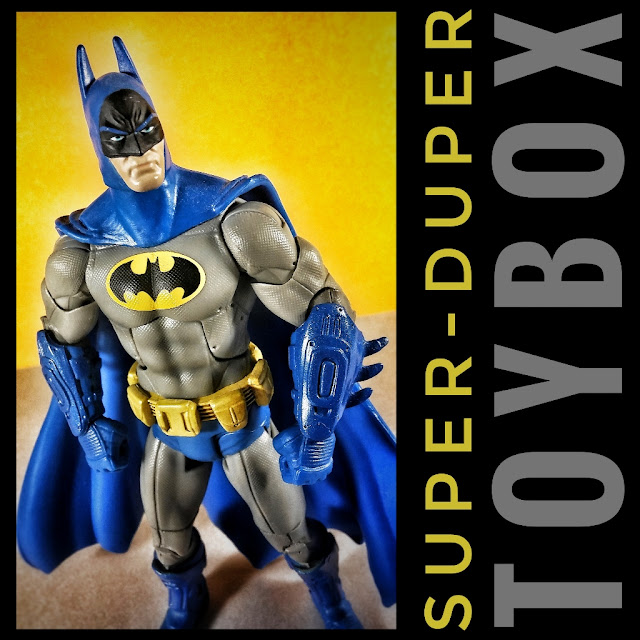 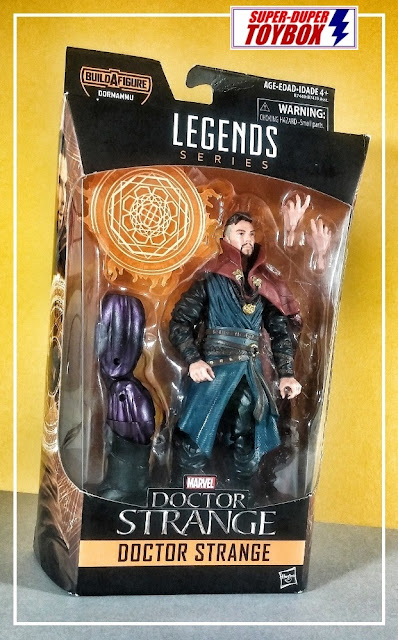 Marvel fans truly live in an Age of Wonder, enjoying a movie like Dr. Strange in these times- who could have imagined we would see something like that all these years later? It was certainly one of my favorite MCU productions, having gone back to explore some of the earlier Steve Ditko material, and later Defenders just a few years ago. I had admired the spectacular detail on this figure upon his release, but had not yet hopped back on the Marvel Legends train in 2016. He had gained some worth in the time since, so I was glad to snag him recently for his original retail price on eBay, shipped free. 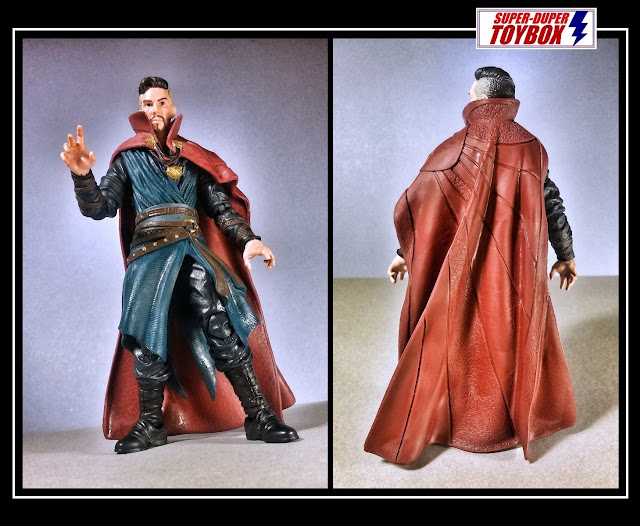 The sculpted fabric of Dr. Strange's cloak and clothes are superb, and the portrait of actor Benedict Cumberbatch is reasonably close. Magic effect accessory and extra conjuring hands set are more than one could ask for with such a figure, but one or two more magic accessories could have been fun. He did include a leg for the Dormammu BAF, which may be fiscally irresponsible to pursue currently. Dr. Strange also includes the Eye of Agamatto necklace around his neck, which to my delight is removable. Paint is sparse on throughout, but is present where it counts, particularly effective in the small studs and hoop on Strange's belt. By the time this figure was produced, Hasbro was already taking it's Marvel Legends line to a new level, and this beautiful action figure is a prime example. 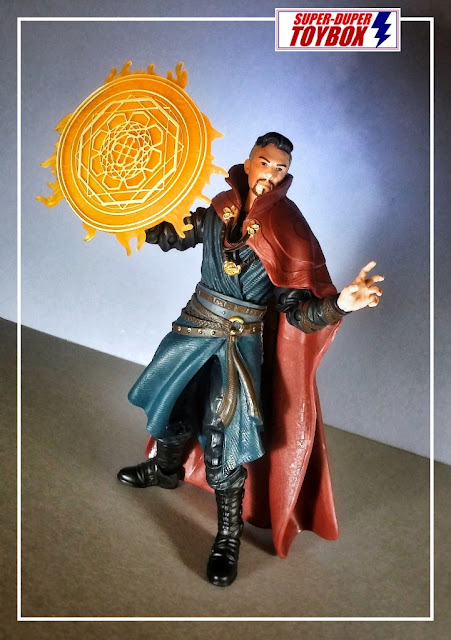 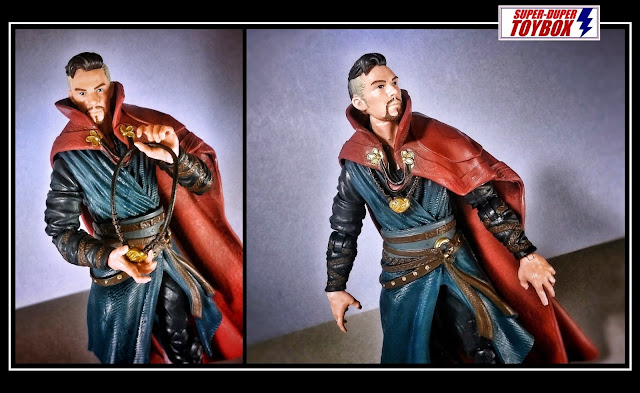 Dr. Strange with Marvel Legends Nico Minoru and Magik, the former also part of the 2016 Dr. Strange Wave. Though based on comic versions of these ladies, Strange make an appropriately mystic ally... 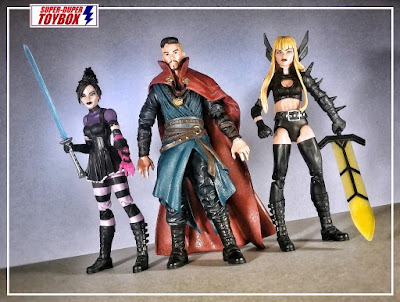 Below, Dr. Strange with Star-Lord, Iron Spider, Capt. Marvel, and Mark XLVII Iron Man Sentry. While I enjoyed the recent Captain Marvel movie, I'm really looking forward to Avengers: Endgame, and seeing our favorite Marvel heroes confront Thanos one and for all! 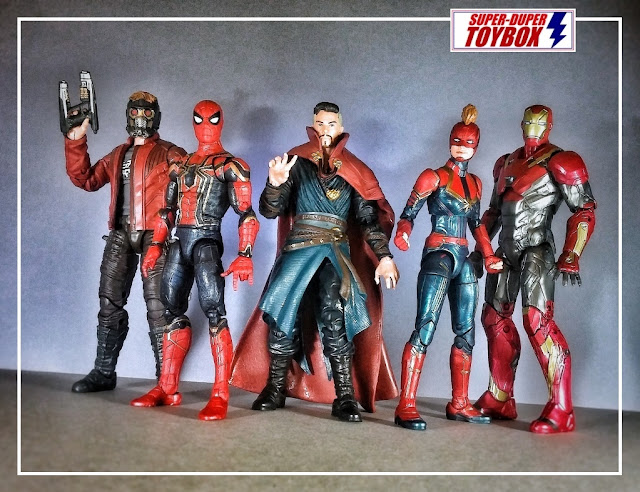 More Later- Make It FUN!
Posted by Super-Duper ToyBox at 12:00 AM No comments: 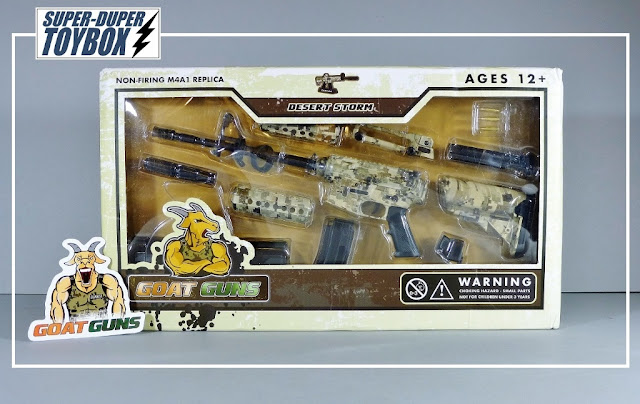 When Sgt. Gunner over at Goat Guns heard I was collecting Mega Construx Call of Duty sets and minifigs, he sent over their 1:3 scale M4A1 "Desert Storm" replica to complement my new Heavy Tactical Cargo Truck. The details in these diecast/composite model guns are nothing short of stunning, even including a few tiny dummy rounds that fit in the removable ammo clip, and makes a nice background set piece for my modest "army men" display. Check out the video:

Thanks for the care package, Sarge! 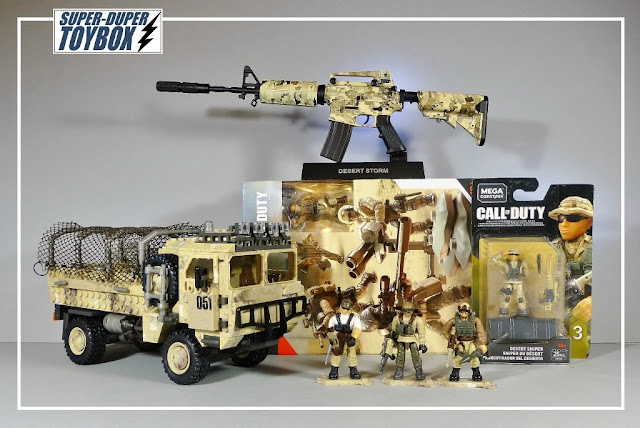 Email ThisBlogThis!Share to TwitterShare to FacebookShare to Pinterest
Labels: Call of Duty, swag 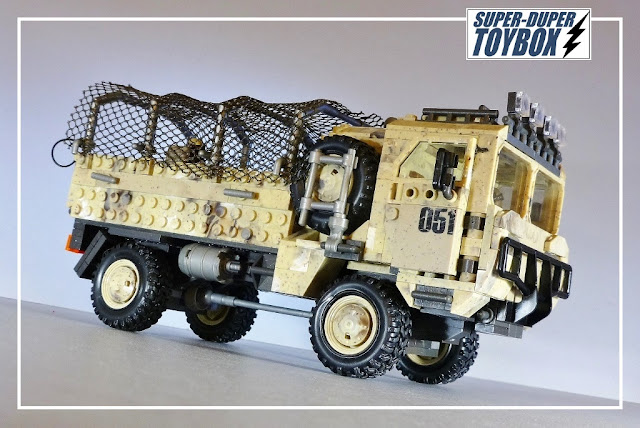 I ordered this Mega Construx Call of Duty Heavy Tactical Cargo Truck from Amazon in early January, and am finally getting around to posting it- assembling these sets is a daunting task, their instruction books not as clear as Lego's. I really enjoyed the Call of Duty ATV Ground Recon set, however, and felt even more accomplished after tackling this bad boy. It includes three figures and features that went well with other sets I had. Check out the video:

Among the many features and accessories that make this a really fun build are the hinged cab for engine access and chassis that perfectly fits my Call of Duty Mercenary Outpost Armory container. I've somewhat a casual fan of Mega Construx and Lego, but the Call of Duty stuff is so cool. Great toy design with a ton of play value from the Mega Construx team! Reccommended! 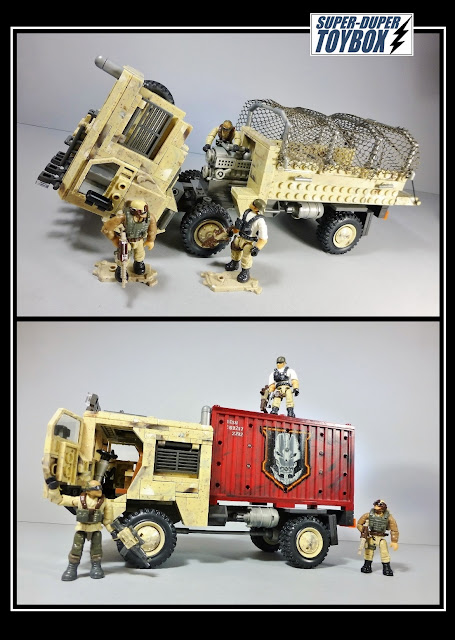 More Later- Make It FUN!
Posted by Super-Duper ToyBox at 9:57 PM No comments: