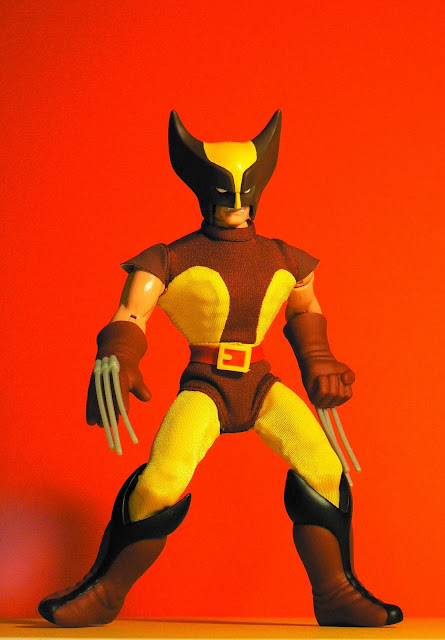 I picked up my Famous Covers Wolverine (1999) at the end of this past September for $16.48 (price included shipping). Toybiz released a blue and yellow version, like the Hasbro Wolverine I picked up recently, that usually goes for more money. I liked the brown and yellow outfit, as it reminded me of the Chris Claremont/Frank Miller graphic novel I read as a youth. 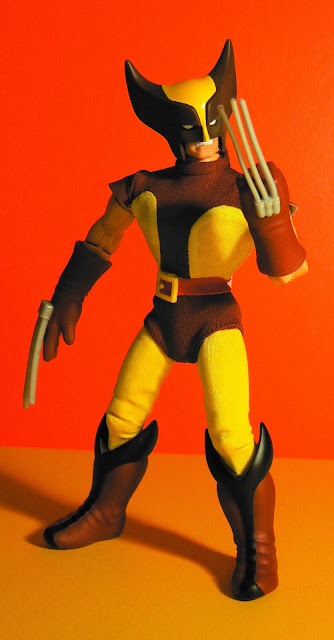 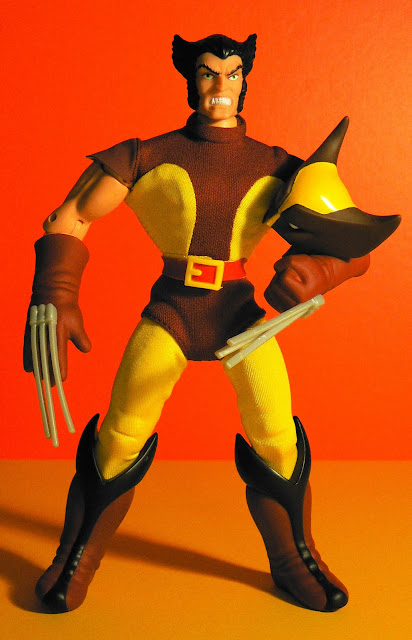 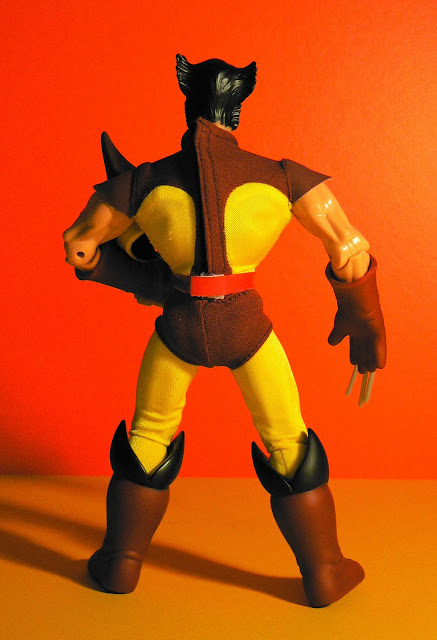 I love many of the Famous Covers action figures, even with all their faults and inconsistent character designs throughout the line. I read some negative opinions concerning ToyBiz's decision to outfit this toy with a removable mask, resulting in a somewhat bulky head, though the overall exaggerated features of the doll don't make it seem that out of place. Taking the mask off is an ordeal however, and I felt I might pull his head off doing it! The mask also obscures the great clenched-teeth visage that lies beneath- a face known as well unmasked as masked. The soft rubber claws are also somewhat problematic- uncharacteristic of the character's rigid adamantium weapons they don't hold an erect position well. Still, he is a FUN toy that I really enjoyed photographing! 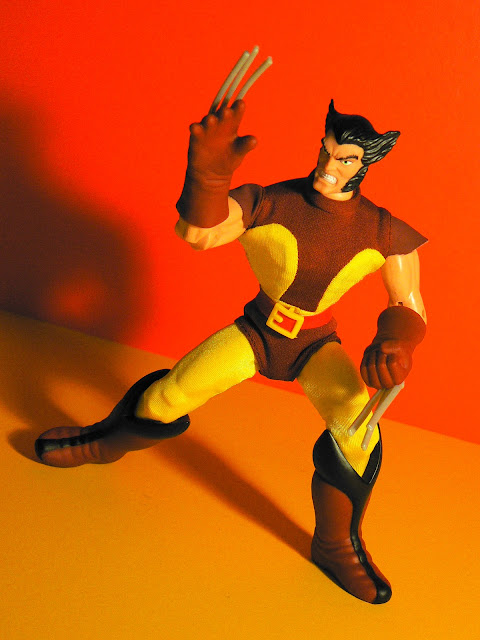 First appearing in The Incredible Hulk #181, Wolverine has come a long way, Hugh Jackman's portrayal of the anti-hero in the recent 20th Century Fox's X-Men motion picture franchise skyrocketing this character to the height of his popularity. I understand that Jackman's casting upset some hardcore Wolverine fans- the actor is considerably taller than the character portrayed in the comics, who is hardly a sex-symbol either. The rough-and-tumble beserker who would unflinchingly kill anyone in his way was not as intensely present in the movie character. Personally, I thought Jackman did well making the character his own and beefing up as best he could training for the role- but it was a different Wolverine. 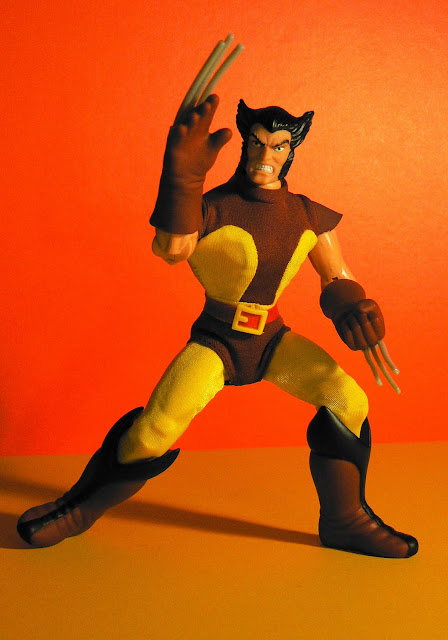 *Wolverine's history at Marvel.Com
*Thomas Wheeler's Flashback Review of the Toybiz Famous Cover's Series.
*Alex Teo's review of  the blue and yellow version of ToyBiz's Wolverine at ToyHaven- note the different belt and shoulderpad treatment.
*A up-close look at several Wolverine toys at ToyHaven!
Posted by Super-Duper ToyBox at 11:42 PM