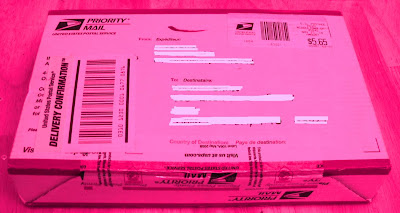 I knew nothing about the two 6" Marvel Legends Spiderman action figures I scored on E-Bay a week ago, other than at the price of $5.99 and $6.99 they were pretty cheap- MOC they can go for upwards of twenty bucks or more apiece... sometimes a lot more. Frankly, I'm unsure of the Black Spidey's status as a Marvel Legends figure- he has neither a ToyBiz, nor a Hasbro stamp anywhere. With the way these character licences have been passed around, a fella can get confused! They came loose, so the play began immediately... 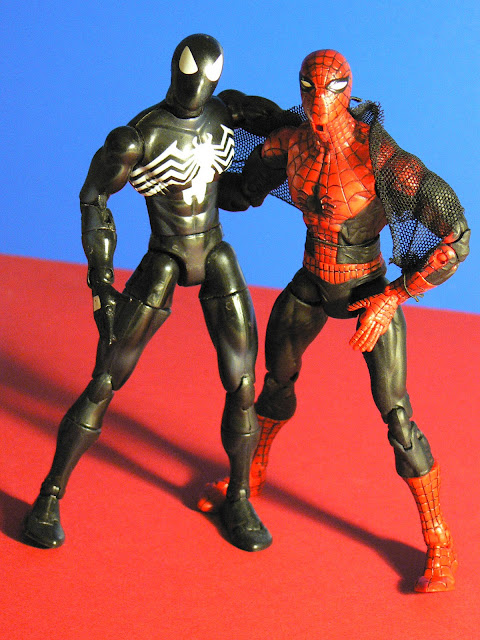 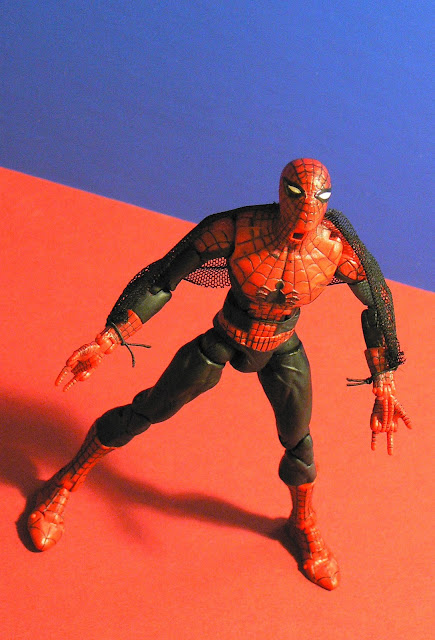 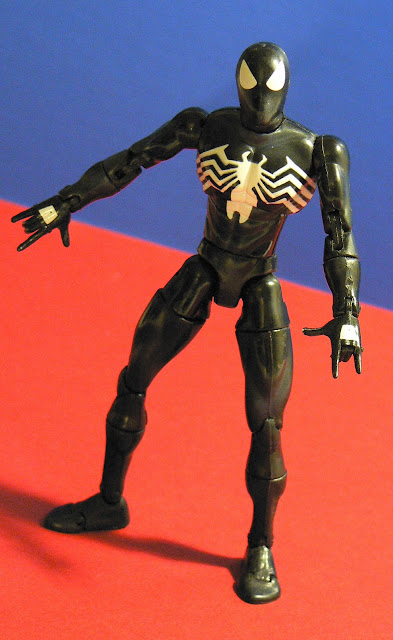 They both came with stands: the "First Appearance" Spidey (2005, ToyBiz) has a really cool articulated stand that pegs into his back allowing him to "fly", and the Black Spidey (2001, Marvel Ent.) has a brick wall stand- both of these bases have a hole to affix to the wall with a nail, that's FUN. 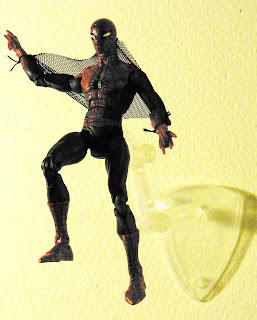 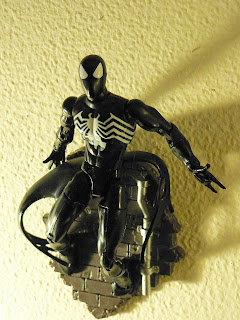 They are spindly little guys with multiple points of articulation, the most incredible being in their tiny hands- Black Spidey can fold his two middle fingers into his palms, and all of First Appearance Spidey's fingers are moveable... never seen that before! I had a ball playing with them- these are FUN toys! 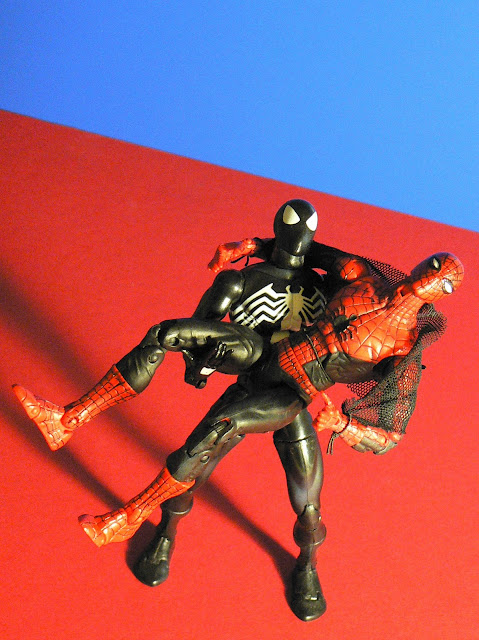 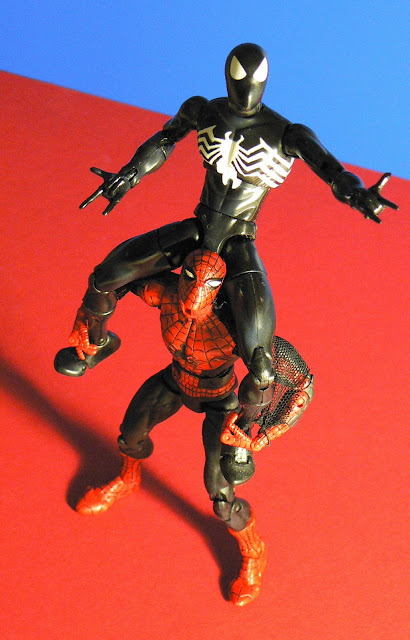 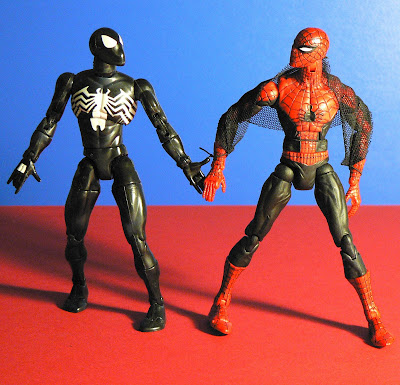 Posted by Super-Duper ToyBox at 1:38 AM