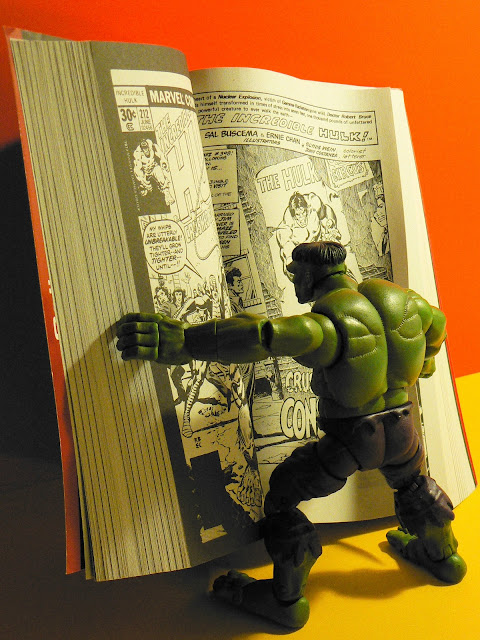 This will be a double feature here at Super-DuperToyBox today Friends- as I was finishing up my Marvel Essential Hulk Vol.6, I received  a Marvel Legends 1st Appearance Hulk action figure by ToyBiz that I scored on E-Bay a couple weeks ago. There was the Hulk at my door as I finished the book, like he had no place to stay... "C'mon in and stay awhile, Hulk". 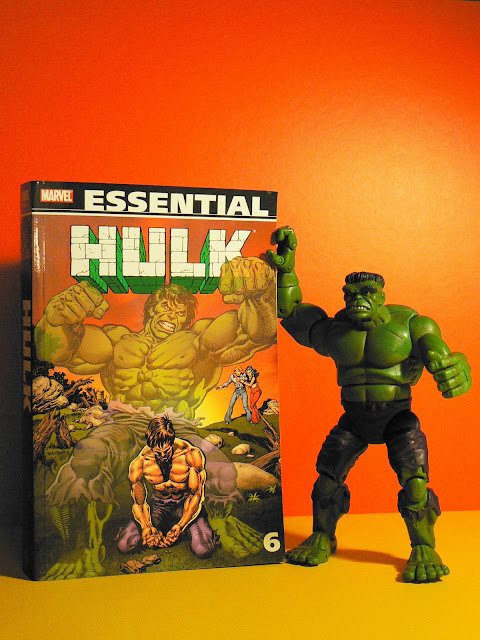 I chose Vol. 6 of Marvel Essential Hulk for a reason- I instantly recognized the 1978 illustration on the cover from my childhood, done by Ron Validar (Ernie Chan, inks). It's a striking representation of the enraged Hulk with a tattered Bruce Banner on his knees in front, coming back down from his incredible transformation amidst a Hulk-ravaged landscape. There's an unsettling psychological aspect to this artwork that stuck in my young mind. I thought I might have remembered some of the stories in this volume because of that memory, but I was too young. 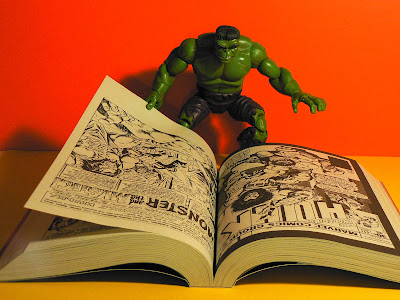 I wondered if I would get bored reading it, having grown older, but I was quite amused. Some snob was trashing Marvel Essentials on the Amazon.Com reviews section, and I wondered why he would bother reading a comic book expecting Nobel Prize literature- it's the Hulk for goodness sake! Yes, the stories were far-fetched and the villains were even more ridiculous, but that's what made it FUN. And while the Marvel Essentials series is in black and white, the artwork by Sal Buscema holds up- guest artists Herb Trimpe and Jim Starlin were interesting contrasts. 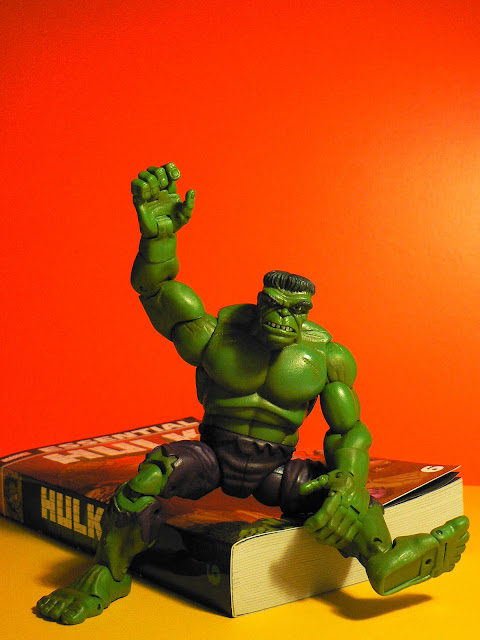 There were the usual cast of Betty Ross, her blustery father General "Thunderbolt" Ross, and hero Doc Samson, but the roster of super villains I had never read about were most of the fun; Kronak the Barbarian, Psyklop, Kronus. Paragon, and Crypto-Man antagonize the Hulk along with better known goons like The Absorbing Man, The Leader, Ringmaster, and The Rhino. Along the way, mix ups with fellow heroes Dr. Strange, NightHawk, Valkryie, and Red Gaurdian of The Defenders play on the misunderstood nature of the confused Hulk. Romantic tragedy haunts the Hulk throughout the book as well, losing his beloved Jarella in an accident during battle, and other love interests are lost due to Bruce Banner's terrible secret. But the book is spectacle- one outrageous battle after another, there are no great intellectual moments... it's for fun. 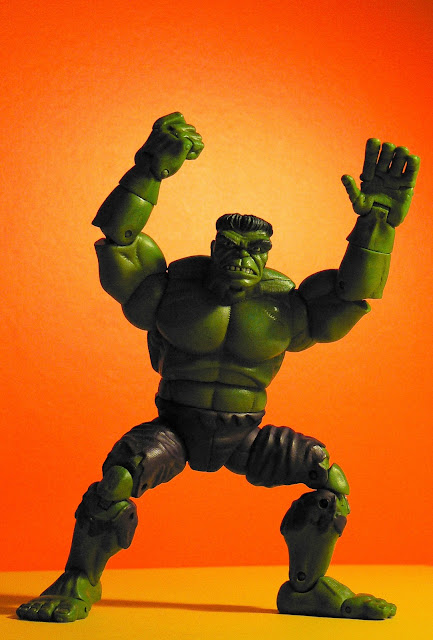 I scored this delightful Marvel Legends Hulk figure (2005) for ten bucks on e-bay!  With an impressive thirty four points of articulation, this guy has more joints than any other toy I currently own. He's 8" tall and styled after Hulk's first appearance in Marvel comics. This toy is the green variant in the series, the character actually a bluish-grey at his debut, a reprint of which is included in the package. I was greatly entertained by the crude sketch of this new Silver-Age character featured in the accompanying comic, originally portrayed as a nocturnal monster with mannerisms similar to Frankenstein's monster- in fact, there was an eerie "horror" aspect to the magazine. It makes me wonder if they expected The Hulk to evolve into the celebrated, brand name "superhero" character that he became. 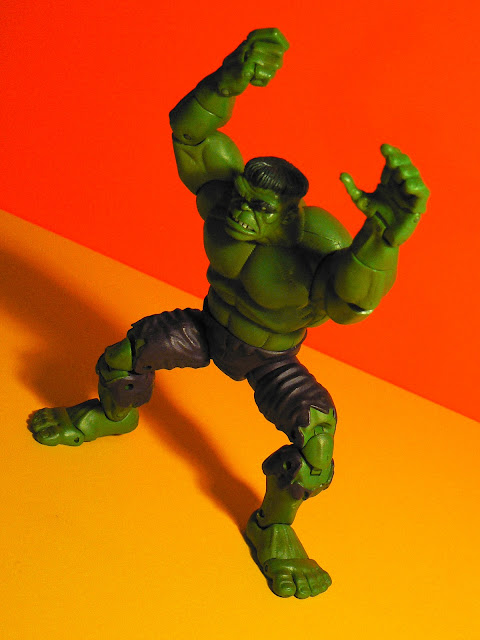 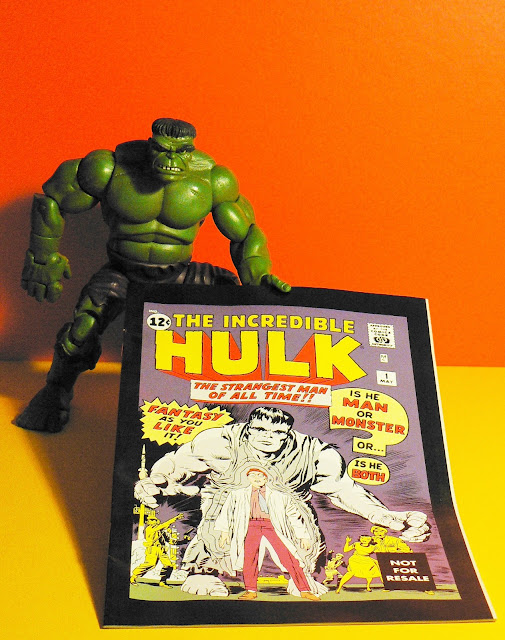