Some Days ARE Better Than Others! 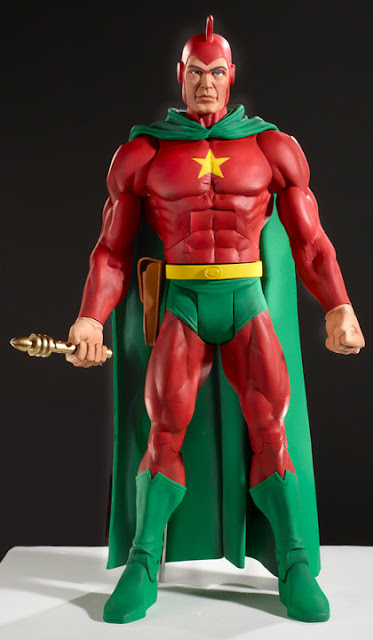 Some really cool stuff happened today...
As I was scrolling down my "Blogs of Note" on the SDTB sidebar, I popped into to Action Figure Blues and discovered I had won something- the comment contest to be exact, awarding me an ACTION FIGURE! Hooray!! The prize is a Ted Knight Starman from D.C. Classics Wave 15 from Mike's Comics N' Stuff- how great is that?! 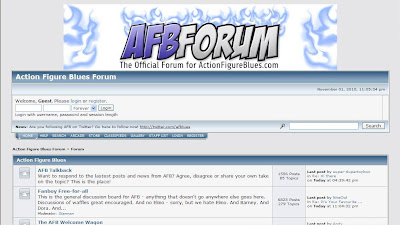 But that's not all- in order to claim my prize, I was guided to the Action Figure Blues Forum, a happy place where people like myself congregate... people who like to play with TOYS and have FUN with their lives! Everyone was really nice introducing themselves, people who actually understand me and share my love of action figures- I nearly cried! But seriously folks, pop on over there and register- be a part of the AFB Forum! 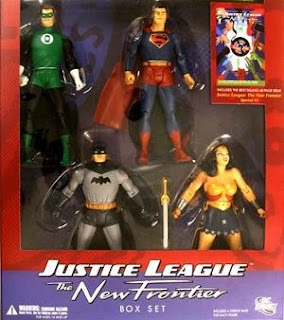 I'll tell you, Friends- the help at work called in sick, leaving me no break for eleven hours, because of that I couldn't pick up my car from the shop, and I received an incorrect item from an E-Bay seller I have yet to identify, but nothing could stop me! (laughs) It seems like everything has been more fun since I started collecting toys, writing this blog, getting back in shape, and sharing good times with all of you. I hope nothing can stop you from having FUN with your life either, Good People- get out there and take the bull by the horns! And be good to one another too- you just might need each other some day.
Excelsior!
Posted by Super-Duper ToyBox at 12:15 AM