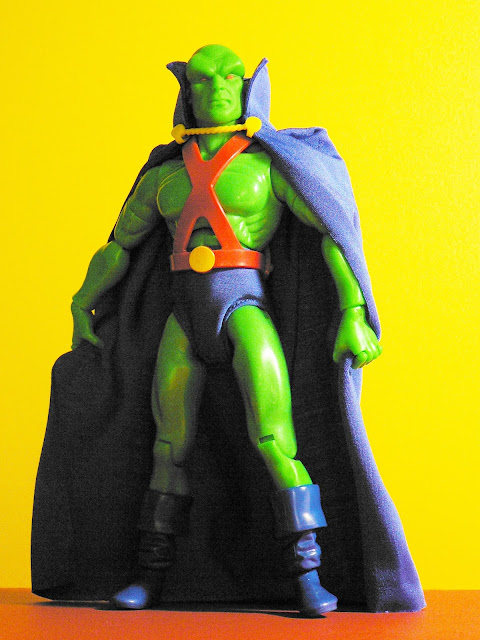 According to Chunky B-Licious, this 9" Martian Manhunter dolly is Hasbro JLU KB Toys Exclusive, like the Superman Blue around 1998 (who looks even crazier than Martian Manhunter). The Hasbro 9" line filled a need for dolly lovers who were left wanting the D.C. characters in this format, as ToyBiz's 9" Famous Covers line was limited to Marvel characters. 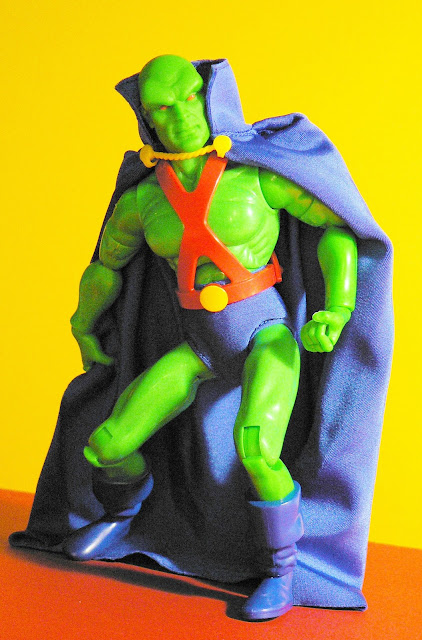 I scored this very clean figure without his box on E-Bay back in October for only $10.90 (price included shipping)- not bad at all. I LOVE, LOVE, LOVE him! He has a luxuriously thick cape, very comic-bookish colors, and excellent articulation. And as with all the Hasbro dollies I have, J'onn's hands have that nifty hinge-grip feature in the hands. In a word, he's Bitchin'... if I could only keep one toy, it may very well be him, I swear! 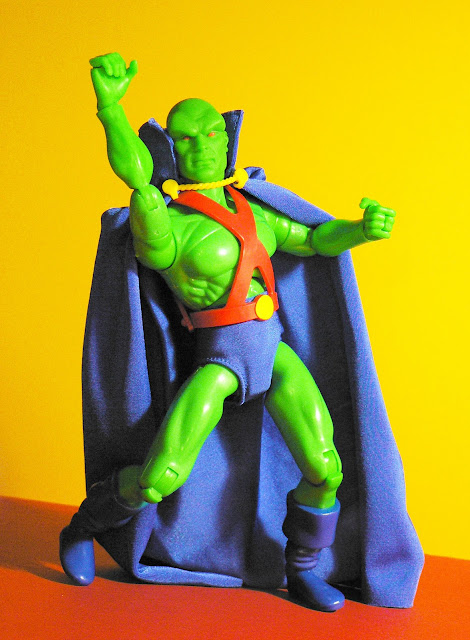 In the D.C. Universe, J'onn J'onzz is a Martian who was inadvertently brought to Earth by an experimental teleportation beam originally meant as a communication device. When scientist Dr. Erdel encounters the accidental alien, sudden shock sends him into cardiac arrest, leaving the alien with no way to get home. For awhile, J'onzz successfully assimilates into society as a police detective, but eventually goes public with his superhero persona, joining the Justice League. 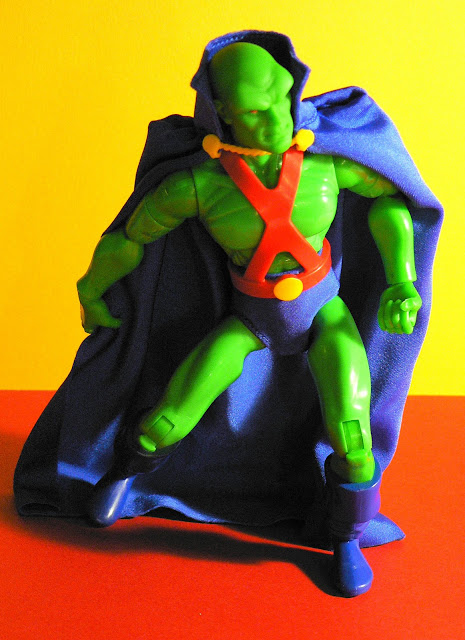 I'm unsure why Matian Munhunter decided to come into my life so suddenly, but I now have three action figures of this otherworldly character. Although with the way my life has changed in such a dramatic way recently (getting sober, getting back into shape, collecting toys/reading comics, and starting this blog), I wouldn't be surprised if J'onn J'onzz flew in my window tomorrow! Reading the D.C. New Frontier saga recently, I was fascinated with this alien who came to Earth, finding it's tragic inhabitants endearing and worth protecting, even if from themselves. 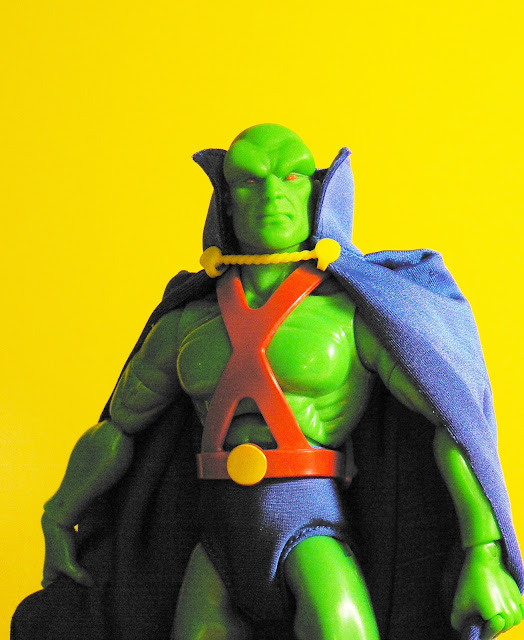 Just a few short months ago, right before I started this blog, I had been reading some of my old comics. One of these comics was a D.C. Annual Superman from 1991 (part 2 of the Armageddon 2001 series), in which a character named WaveRider "merges into Superman's timeline" to get a better look at his future. Waverider was looking to see if Superman becomes the terrible, all-powerful Monarch. In this story, Superman dismantles the defenses of the world superpowers after an accidental atomic detonation kills all his loved ones in Metropolis. Aggresively taking the law into his own hands, Superman forces Batman to assemble J'onn J'onzz, Booster Gold, and Fire to help bring the Man of Steel in. In the melee, J'onn J'onzz is killed, forcing Batman to take Superman out for good. Helluva story... 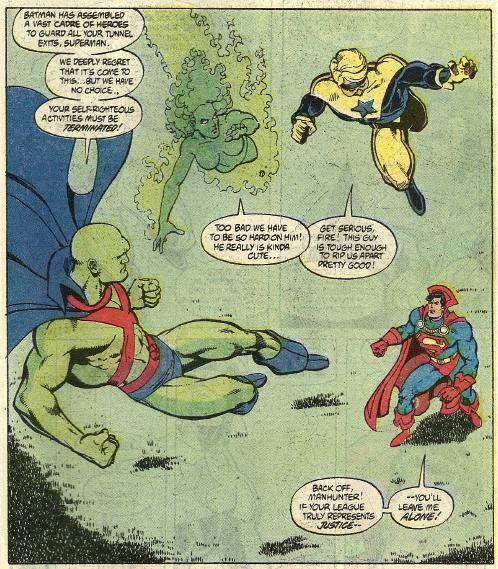 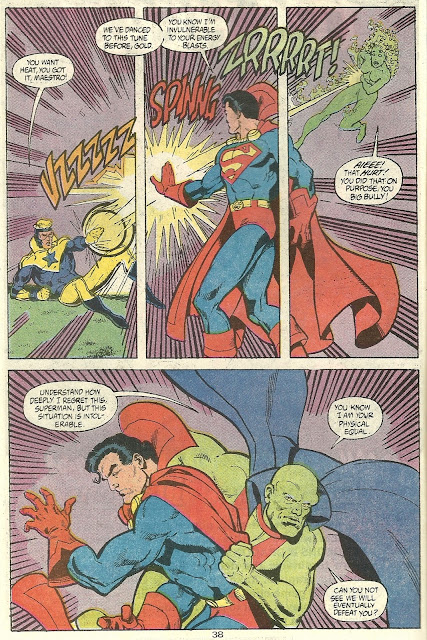 Posted by Super-Duper ToyBox at 2:55 AM