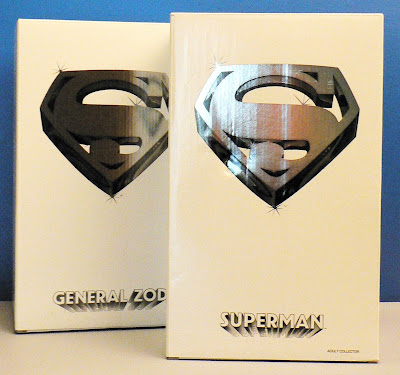 I couldn't believe my Christmas luck, when after my DC Direct 1:6 Classic Superman & Batman arrived only yesterday, the UPS guy was knocking on the door with these guys! Hooray!

*Mattel 1:6 Movie Masters Christopher Reeve Superman! When Superman came out in 1978, I was but a lad- still I remember that feeling of pure fascination! Like any young boy, I thought Christopher Reeve WAS Superman, and we all found out what a generous and courageous human being Chris really was as his life unfolded in the years following. When I saw this go on sale at MattyCollector.Com recently, I had to have one. I think people need heroes, and when I was a little boy, Chris Reeve was one of mine- he still is (RIP). The box says MattyCollector proudly supports the Christopher & Dana Reeve Foundation, and has made a donation on behalf of DC Comics. 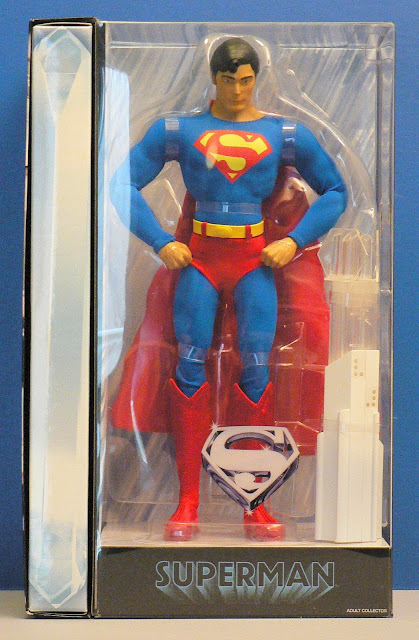 *Mattel 1:6 Movie Masters General Zod! Superman's Kryptonian nemesis in Superman was played by Terence Stamp, who also played  Supreme Chancellor Valorum in Star Wars- Episode One: The Phantom Menace. General Zod was sentenced to eternity in the Phantom Zone by Superman's father, Jor-El, but returned to exact vengeance upon his accuser's progeny. I must say, they did a great job on face sculpt on this guy, and Chris Reeve as well- they do look like the movie characters... 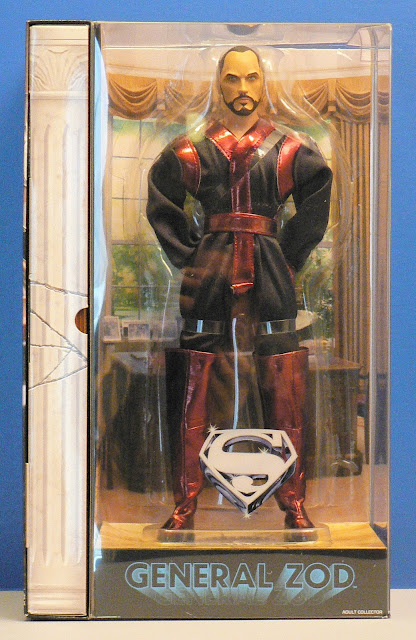 I'll post more on these guys after the holiday season winds down- I'm really looking forward to photographing these FUN toys! Much to do, much to do!
From the Super-DuperToyBox, Have a Very Merry Christmas- One and All!
Posted by Super-Duper ToyBox at 10:48 PM