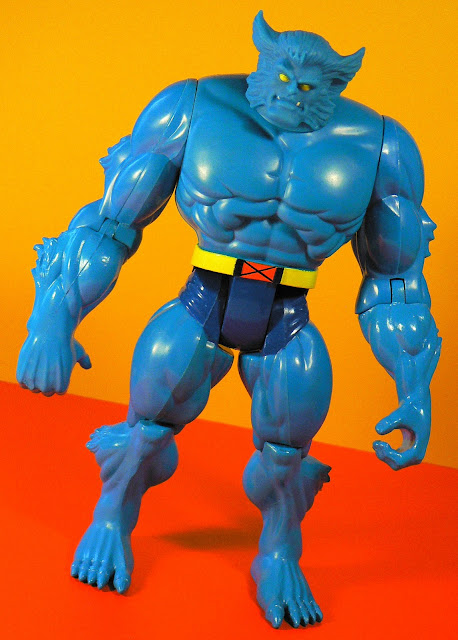 I gave you a peek at this toy about five months ago, but just now got around to photographing him properly.  Boy, does he love the camera- large & colorful with a lot of personality! I have several of these 10" ToyBiz action figures from the 90's, and while they lack the sculpt, paint & articulation details the toys of today possess, I find them charming and fun. Beast is one of my favorite of these- he's a big, dumb, loveable toy!  I got him for $14.04 (price included shipping), a pretty good deal. ToyBiz made a 5 1/2" version as well, nearly identical to this one, so be sure what you are looking at if you're buying. 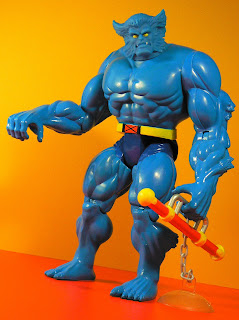 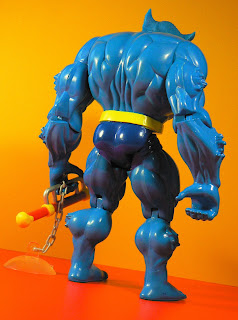 His accessory/truncheon has a suction cup at the end of it's chain in case you want to hang him from the window, and his hands are curled so you can hang him from anything else. Beast's body is made of a hard plastic, his head from a softer rubber. Like I said- not a lot of paint application but I love how they implied his "fur" with stylized  ridges in his extremities. He's really bulky and adorable- I love him! 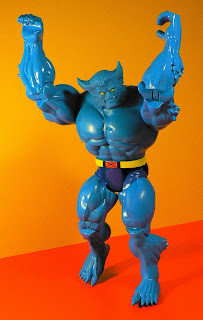 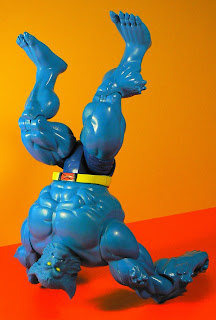 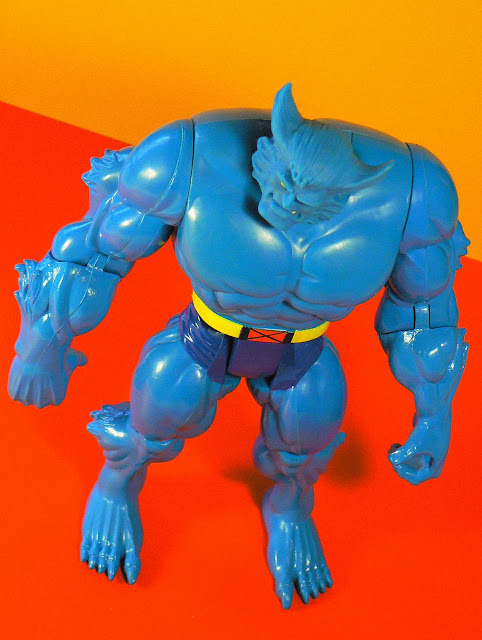 Dr. Henry Philip "Hank" McCoy first appeared in X-Men #1, in 1963. A world-class expert on biochemistry and genetics and mathematics instructor at Charles Xavier's School For The Gifted, Dr. McCoy possesses apelike strength and agility, superhuman durablity, razor-sharp teeth & claws, as well as a humorous wit. One of my favorite X-Men! 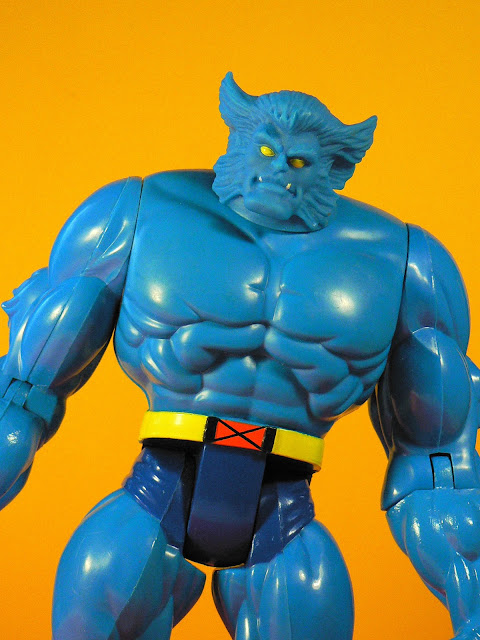 Here's a couple photos I snapped of Beast with my 6" Marvel Legends﻿ Scarlet Spider to give you a sense of this wonderful toy's sizeable girth: 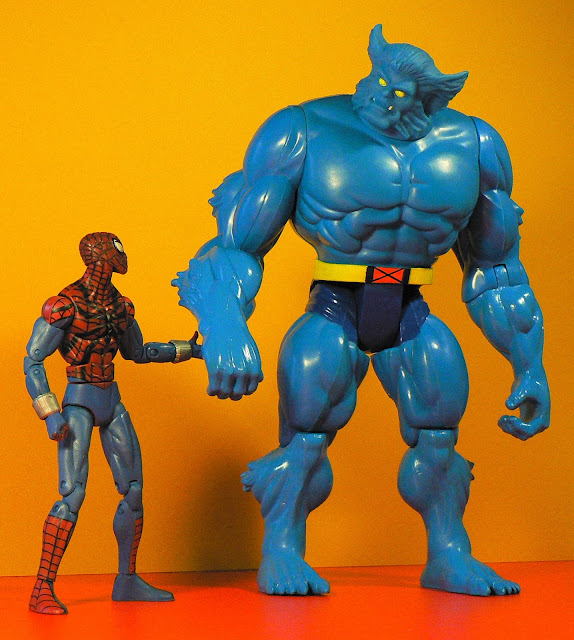 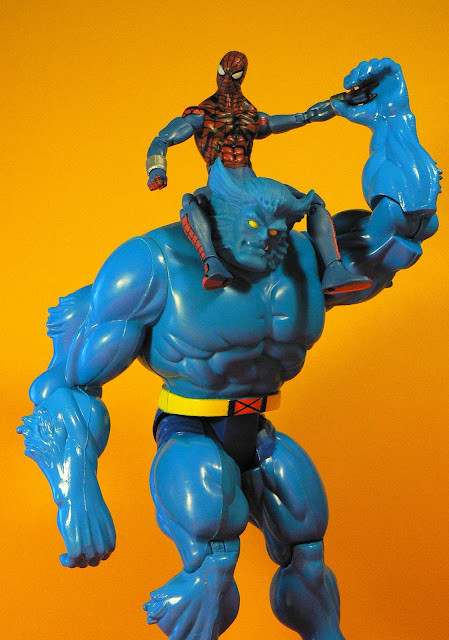 Well that's swell- looks like they get along just fine!
*See my ToyBiz 10" Deluxe Edition Ghost Rider!
Posted by Super-Duper ToyBox at 6:50 PM