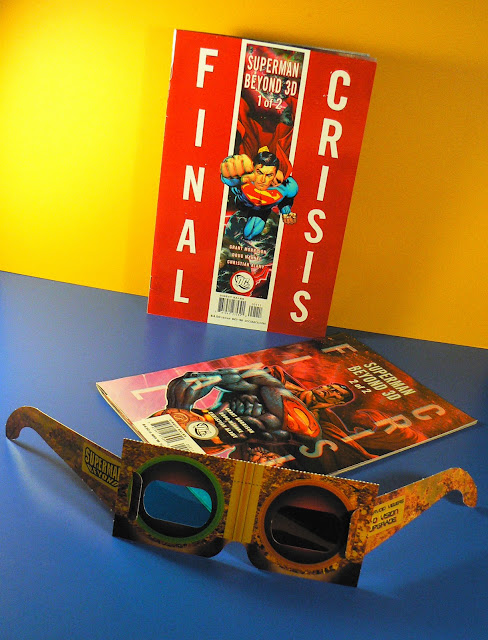 Somewhat disappointed by this 3-D tie-in of Final Crisis: Superman Beyond. It's not that it wasn't fun to look at, but  it didn't really shed any light on what I wasn't understanding about Final Crisis... as far as I can tell, most all of this was included in the TPB of Final Crisis that I have, contrary to the advice I was given, and I'm still a little foggy on what exactly happened in this extremely far-out tale. Could I have a later edition of Final Crisis? I don't know. I did, however, go all the way back to Crisis on Infinite Earths (DC, 1985) & Infinite Crisis (DC, 2005) here recently to round out some of my knowledge of the DC Universe. I would only recommend Superman Beyond 3-D if you are a die-hard collector/major dork. I qualify.

They came with the "Overvoid Viewers" to help enhance your 4-D vision while traveling through bleed space between universes... no, really- it says that. They work, too, though I'm always a little underwhelmed by 3-D for some reason, perhaps the color. I got these pretty cheap on eBay, and they are a novel and quality collector item. The team that handled the artwork on this is world-class by the way-
Writer: Grant Morrison.  Pencils: Doug Mahnke.  Inks: Christian Alamy w/Tom Nguyen, Drew Geraci & Derek Fridolfs.  Color: David Baron.  Letters: Ken Lopez. 3-D by Ray Zone. 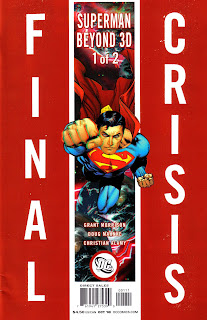 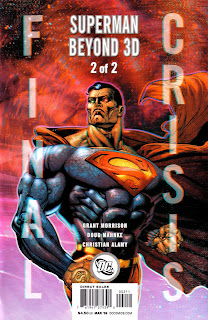