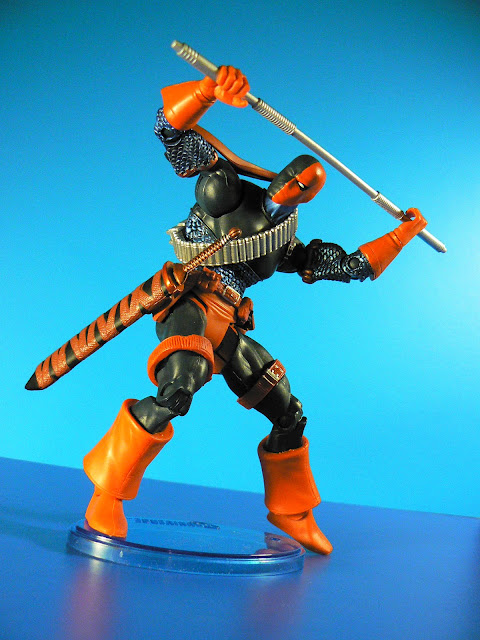 I'm not sure I could say anything that hasn't already said about this wonderful toy. Originally released all the way back in 2008 with DC Universe Classics Wave 3, and I was really happy to see him re-released. Mattel pulled out all the stops producing this guy with the extra accessories, detailed and unique sculpt, and excellent paint. It's somewhat hard to believe that he costs the same as the other 6" figures in this line of toys- he has to be the crown jewel of the DC Universe Classics. I had a ball photographing him! 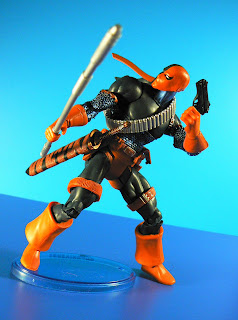 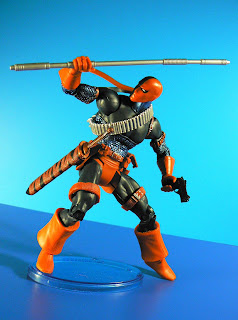 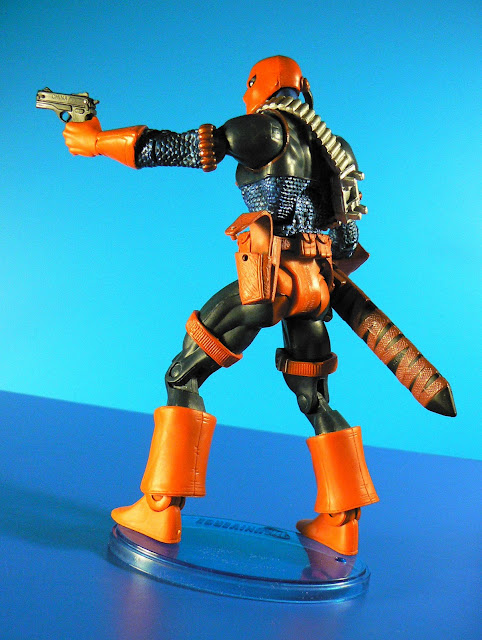 First appearing in Teen Titans #2 (Dec. 1980), Slade Wilson is a mercenary assassin who was originally referred to as The Terminator. He's blind in one eye, hence the single slit in his mask, a result of his wife's rage at Slade's endangerment of their son due to his vocation. Deathstroke has enhanced physical strength, speed, and senses- a product of the U.S. military's experimental "super soldier" program. He's also a tactical genius and nearly unbeatable combat expert- even Batman cannot best him. In a word, he's a total BadAss. 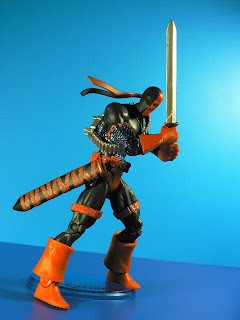 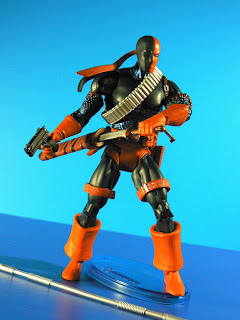 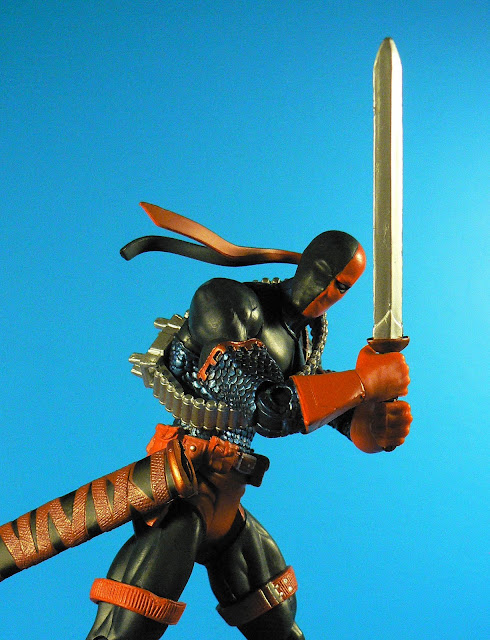 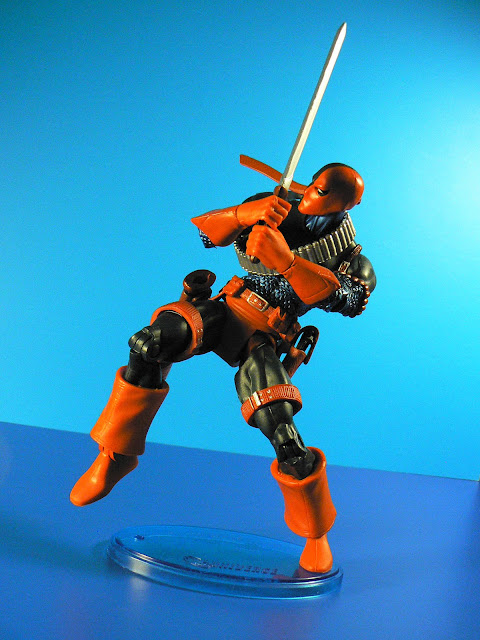 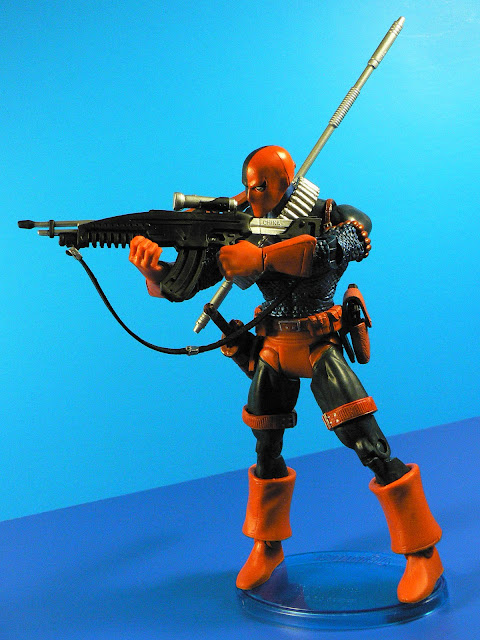 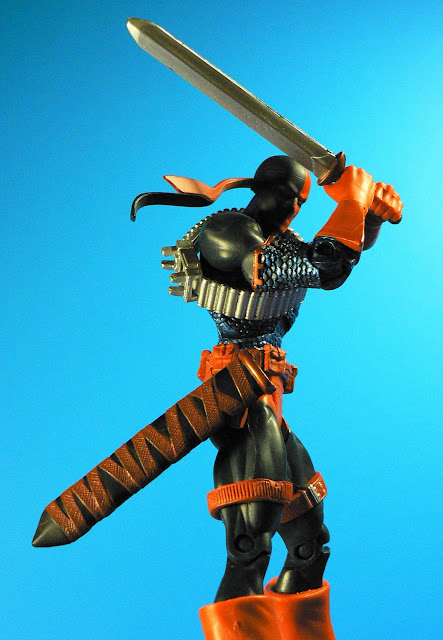 I recently witnessed Slade's deadly combat techniques in Identity Crisis, when he nearly bested a team comprised of Hawkman, Elongated Man, Black Canary, Flash, Zatanna, and Green Lantern before Green Arrow poked an arrow on his blind eye, causing him to lose his cool. Dr. Light managed to teleport the two villains to safety before the team of heroes subdued them. It's a great scene from a great graphic novel I highly recommend- read my post about it HERE... 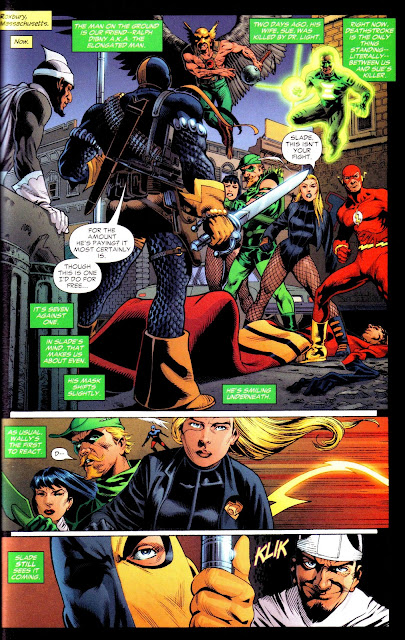 *Detailed review of DCUC Wave 3 Deathstroke at OAFE.Net!
*The origin of Deathstroke at DCComics.Com!
*Deathstroke's page at DCWikia.Com!
Posted by Super-Duper ToyBox at 11:08 PM