From the second wave of Mattel's DC Action League, Prometheus Vs. Green Arrow: 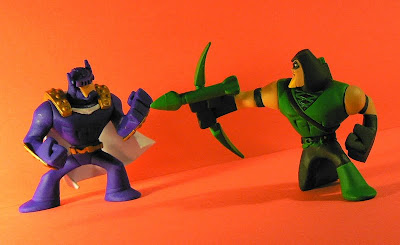 I'm really a newbie when it comes to Green Arrow, and so I know nothing of Prometheus, other than the fact that he was (laughs) killed by Green Arrow! That's right: this child's toy is based on a tragic tale of a vengeful murder by a wayward & reckless hero :D  But like JBoy says: "What they don't know won't hurt them", and let's face it- the comics I grew up with were violent (Jason Todd's brutal murder by The Joker anyone??). I still haven't got around to reading the Cry for Justice & Justice League: The Rise and Fall story arcs, but I intend to. 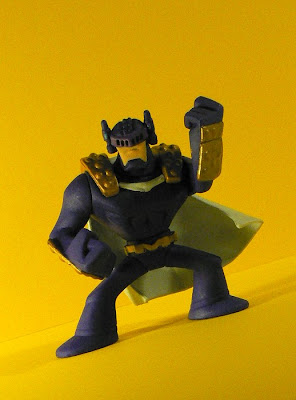 This Action League Green Arrow is great! This hooded version of Oliver Queen's alter-ego has a quiver of arrows on his back, and his cut-joint bow arm can be positioned in some great action poses! In my return to comics just last year, I've come to enjoy this character I knew almost nothing about in my youth. It's funny: I've read way more comics in the past eight months than I ever did as a boy- I missed so much being a kid, it flew past too quickly! 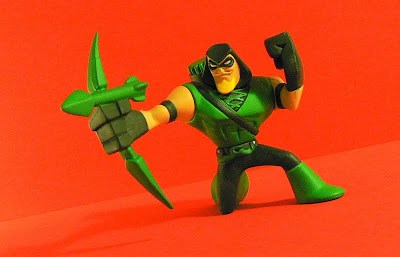 From the Super-DuperToyBox: DCUC Green Arrow & Black Canary with their Wedding Album I read recently. I actually enjoyed it  :D  Some Amazon seller had slashed all their graphic novels to under a buck each, so I went for it- picked up nine others while I was at it! 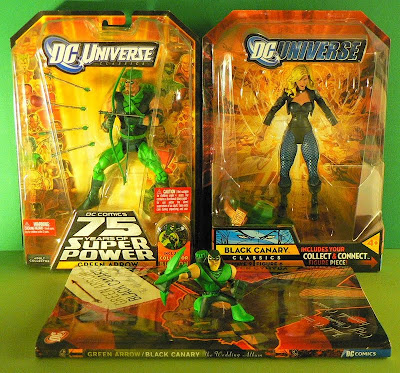