I found myself in the toy isles at Target while picking up some coffee beans to grind tomorrow AM, and what did I find??

Imaginext DC Superfriends Croc by Fisher-Price
I passed him up at another Target a couple weeks ago, and upon my return found him GONE. Lo & Behold, I crossed paths with this Non-Killer Croc Cutie again tonight. Time to go home with your new Daddy  :D 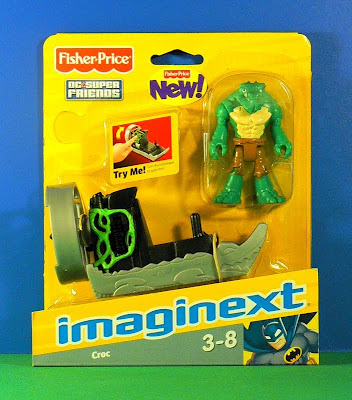 Mattel Justice League Unlimited Green Arrow
I have been looking for this one since I got into these damned JLUs- this is a good one! I love it! I could not believe he was at a particular off-the-beaten-path Target in my area, which must be under local toy hoarder's radar. Gonna keep an eye on things over there for sure  :D 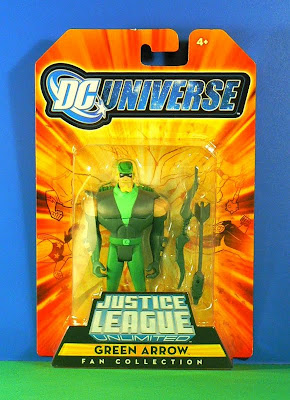 ALSO: the JLU Darkseid w/armor I scored on eBay the other week came in the mail Friday. He was about six bucks, shipping included. I'm not so interested in the armor as the basic figure underneath which is tight! 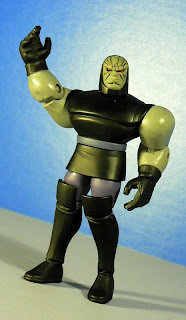 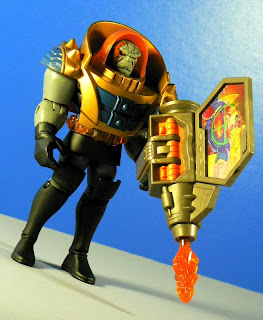 His weapon, which shoots a projectile (COOL), has a swivel sight that targets three of Darkeid's biggest foes, shown by tilting the lenticular screen: 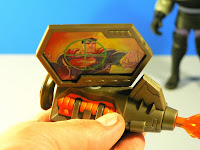 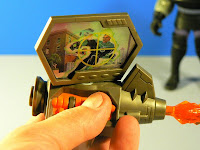 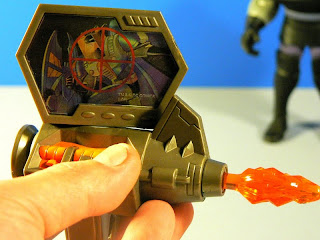 Today's predicted Apocalypse was CALLED OFF-
Resume Having Fun!
Posted by Super-Duper ToyBox at 12:44 AM