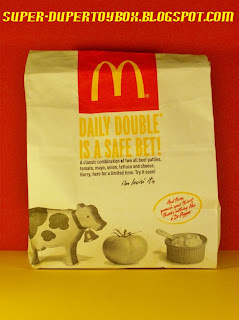 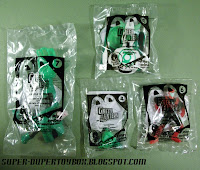 I really don't eat fast food very often nowadays- it makes me feel sluggish and is almost completely void of any nutritional value. But a pal of mine dropped off a bag of the new Green Lantern toys, so at the risk of this becoming the Super-Duper-GreenLantern-ToyBox, we'll be looking at these today (what can I say? I love Green Lantern!). I emailed the McDonald's Corporation last week asking who manufactured these, but have yet to receive a response, so were going to just forge onward.


First up is Razer, a Red Lantern exclusive to the new Green Lantern animated show on which these toys are based. Razer was depicted as a naive follower of Atrocitus, turning against the vengeful Red Lantern after he was made to detonate a planet destroying bomb to prove his loyalty to the Corps. 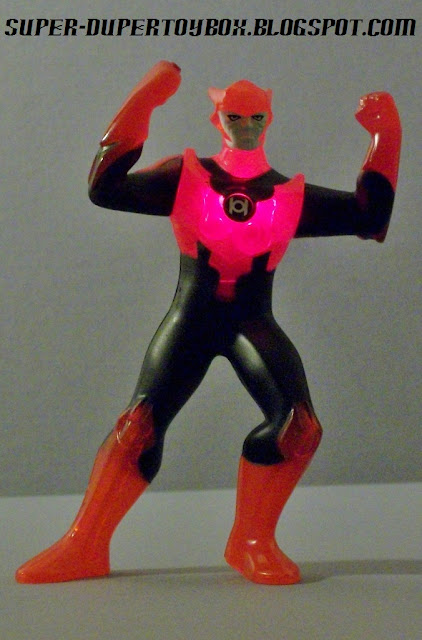 Razer's body is constructed of translucent red plastic, the face and black portions painted black. When his power switch is engaged, his torso lights up when the button is pressed on his back. I am entertained! 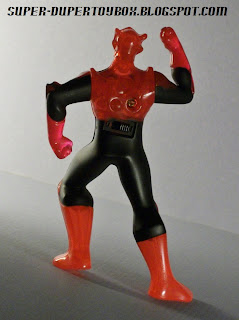 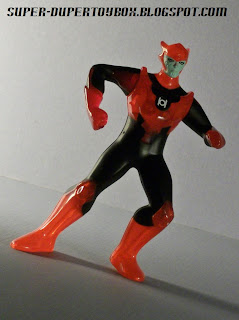 Razer's articulation is limited to his shoulders, which enough. He leans into his left knee, ready for battle, and stands okay on the shelf. The Red Lantern symbol is cleanly tampographed on his chest, and tiny eyes perfectly painted on his serious face. He looks good  :) 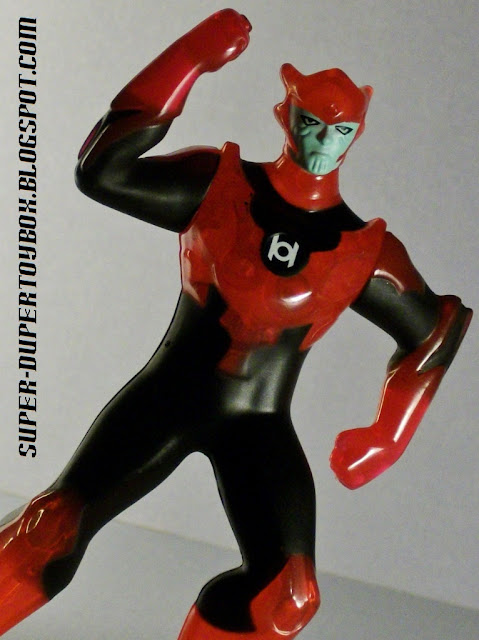 Grapplin' Kilowog's action feature is a hand construct the opens & closes by moving a switch on his back- handy for bugging your little sister with  :D 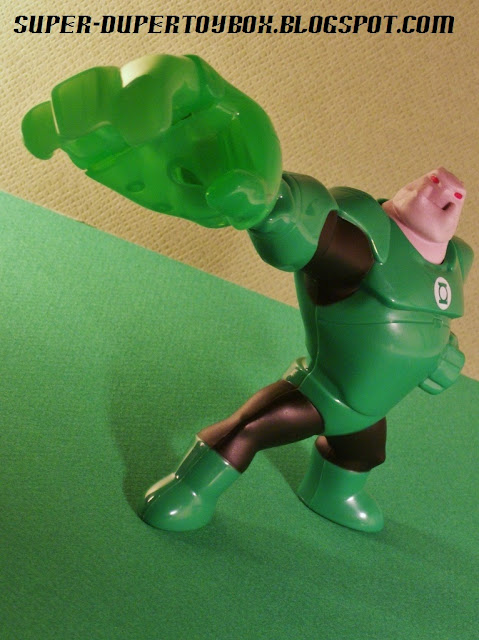 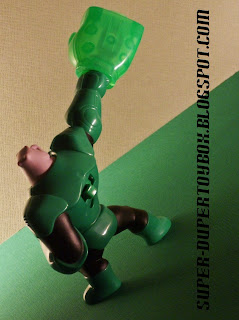 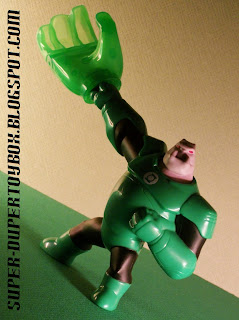 Kilowog has two points of articulation- his head is on a swivel joint, as is the giant hand construct on the end of his right fist. I love the head they put on this guy, and the clean Green Lantern Corps symbol tampographed on his chest. I think love for this GL drill sergeant is universal among Green Lantern fans. 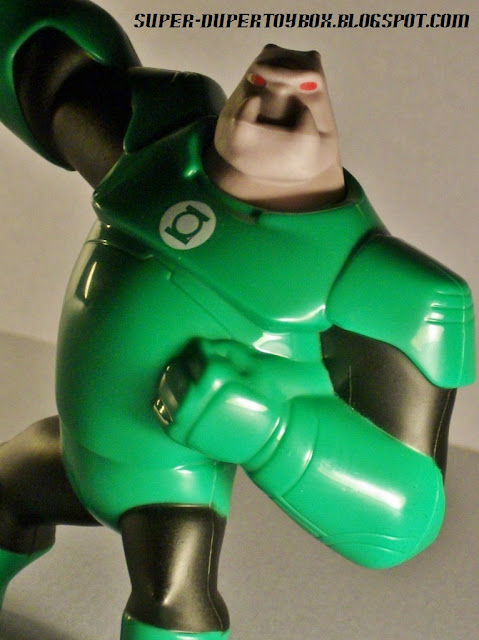 Kilowog needed some sticky tack in order to stay upright while Razer was in his grip for the photo below, but that's showbiz, kids  :D 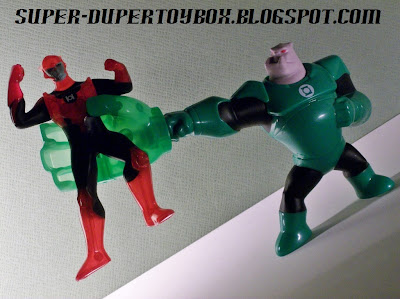 Also included in my gift bag was the Interceptor spaceship and a Green Lantern power ring. In the show, Hal Jordan & Kilowog take the Interceptor to the farthest reaches of the galaxy to rescue Green Lanterns being attacked by Artocitus, Zilius Zox, and Razer against the wishes of the Guardians of Oa.  The Interceptor fires a disc by pushing the switch on it's tail- it came with decals, but I preferred it without. The power ring has a button that lights the ring from underneath, so if you are wearing it, it's on. It's big, clunky, and fun  :D 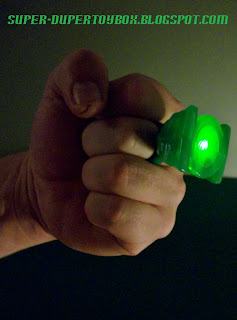 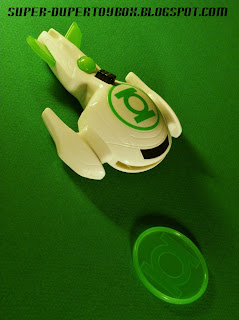 I really enjoyed the episode of the Green Lantern: The Animated Series I saw. It was produced by Bruce Timm, the combination of his stylized art and computer animation making for a slick show. DC Direct has released two limited edition maquettes inspired by the show, one of Atrocitus & one of Hal Jordan, and supposedly Mattel will be releasing some toys as well.

*Check out Dan Lantern's video of the entire set of Green Lantern Happy Meal toys at The Toy Museum!
More Later- Make It FUN!
Posted by Super-Duper ToyBox at 7:00 PM