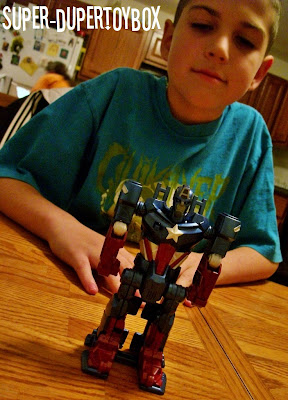 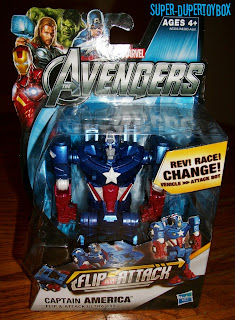 I was breezing through Wal-Mart to pick up some bread & salad on Saturday night for spaghetti dinner at my friend's house, and seeing one of these Avengers Flip & Attack vehicles made me think their son James, a fellow Marvel enthusiast & Avengers fan! Hasbro produced three of these in their recent flood of Avengers merchandising: Iron Man, Hulk, and Captain America. I love the idea of the superhero/robot mashup- the Flip & Attack Hulk looked super-cool, too! I'd been curious about these, so I picked one up for my little buddy to see what they are all about. For after all, if you want to know if a toy is really fun or not, ask a kid  :D 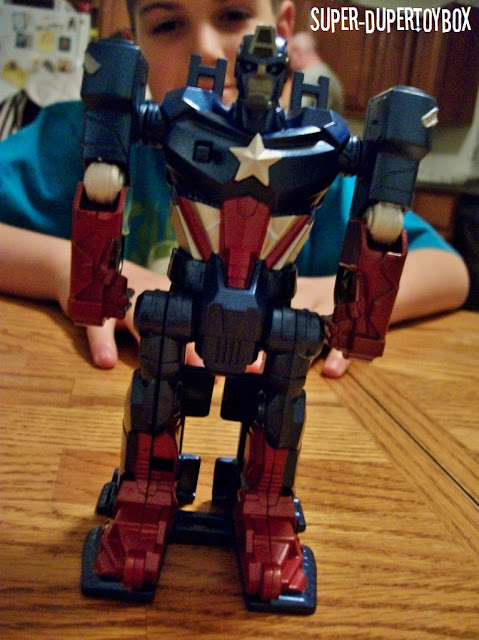 These are pretty simple toys, but have great eye appeal- from the front anyway. The paint apps are slightly metallic, adding nicely to Cap's mecha appearance. His head & chest sculpt are particularly dynamic, and the stars on his wheel covers are cool. 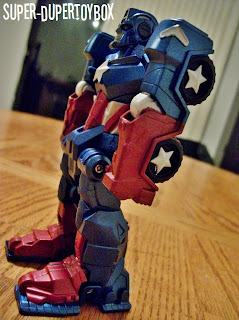 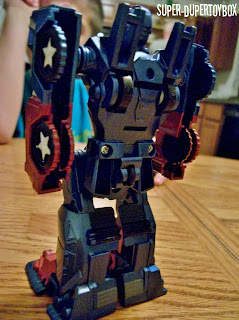 Flip & Attack Captain America doesn't have much articulation- his arms move up and down, but there are no elbow nor knee joints. His feet are connected at the base, presumably to stabilize the robot when he pops to his feet. Understandably, there's not much going on in back, which becomes his undercarriage when transformed into vehicle mode.﻿ 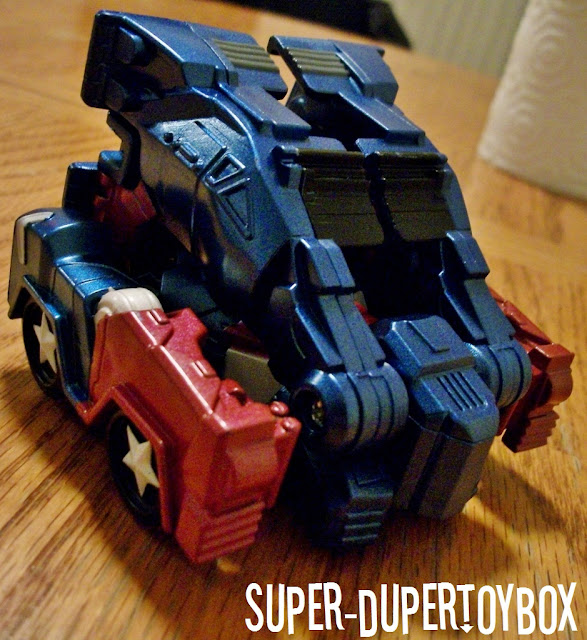 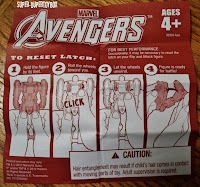 Flip & Attack Captain America isn't exactly a Transformer- he's mostly a wind-up vehicle that unfolds into a mecha/robot Captain America. After a sprint on his wheels, he pops open into robot mode, often times right up onto his feet! A short drop on his wheels will also unlatch his robot mode. James and I gave this a test run on the dining room floor while Mom & Dad were preparing dinner in the video below... 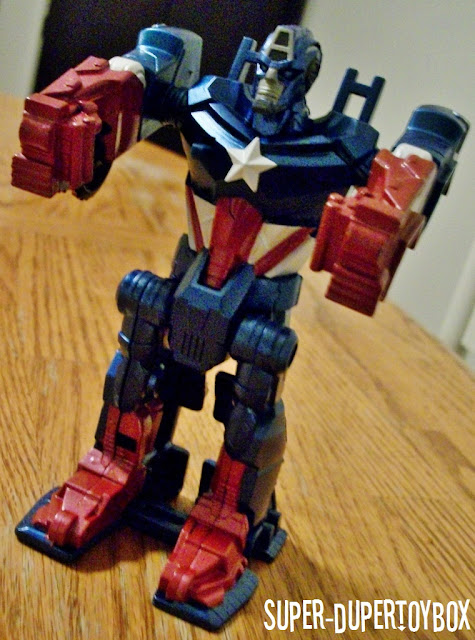 Captain America makes a great mecha- the stylization of his outfit lends itself well to robot adaptation. I've seen a few others recently, including the Transformers Mech Machines Avengers Captain America Assault Cruiser, the LEGO Marvel Super Heroes Captain America, and that cool Mega Bloks Captain America Techbot. I always liked the Iron Patriot Iron Man/Capt. America mashup, so it makes total sense to me. James & I thought he was pretty cool! 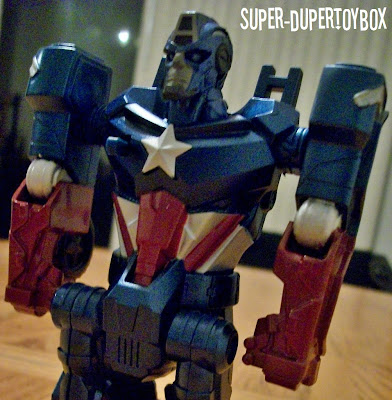