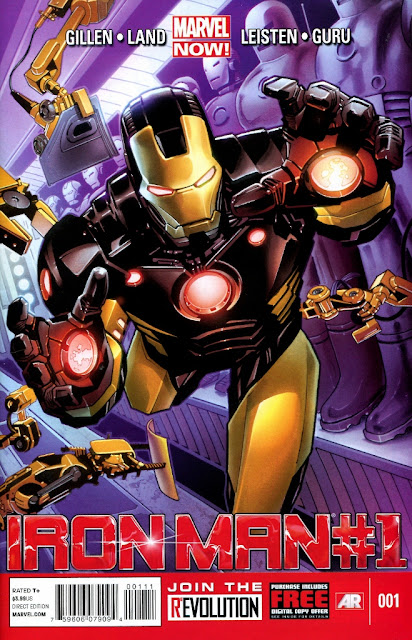 Back to comics, another new Marvel Now! title I've enjoyed is Iron Man. With no explanation necessary, the cover of issue #1 drew me in despite the ridiculous cover price of $3.99. Greg Land's pencilling and Jay Leistens's inkwork come alive under the coloring of Guru eFX- amazing! Marvel NOW! is a 2012 relaunch of several ongoing comic books published by Marvel Comics following the conclusion of the Avengers vs. X-Men storyline. To attract new readers, publishing changes include new creative teams for each of the titles, new character designs and new storylines. 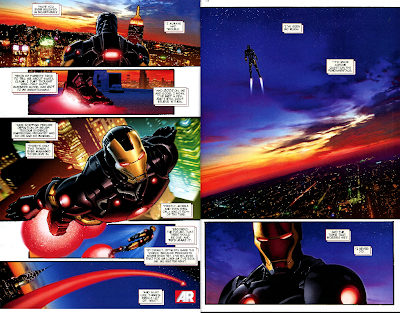 Tony Stark recieves a message from ex-girlfriend and genetic programmer, Maya Hansen, the reciept of which could mean only one thing: her creation, Extremis, had fallen into the wrong hands, and she is likely dead. Introduced in 2006, Extremis was created in attempt to recreate the Super-Soldier serum gone wrong. Hacking the body's repair center, it reprograms the individual, making him/her more aggressive, with options ranging from enhanced strength and superhuman speed, to advanced invulnerability. The ability to breathe fire and project arcs of electricity from the hands also make for a dangerous individual when Extremis is put into the wrong hands. 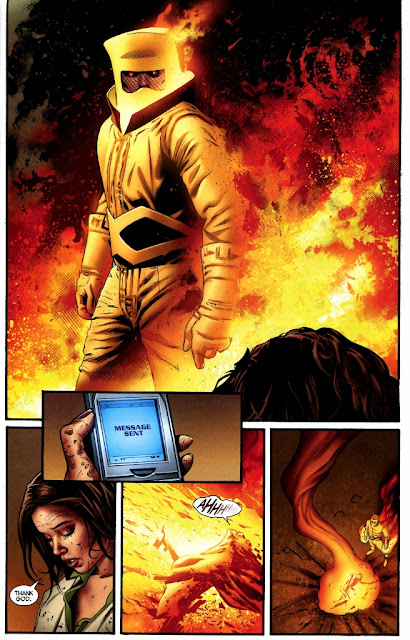 Under the guise of an interested buyer, Stark shows up with his smart-metal armor in a briefcase, determined to stop the spread of what Maya described as more of a virus than a serum-based enhancement. Tony is written well, simultaneously self-depreciating and cocky, and a high-risk player for keeps. 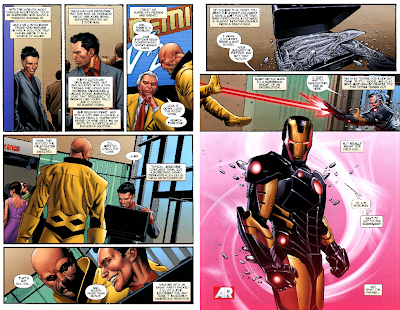 Discovering how many Extremis kits had been sold before his intervention, Tony vows to avenge Maya, and clamp down on the technology's spread. "We've all got our demons, Maya... and I promise you... yours go back in the bottle", says Tony on the last page, a reference to her escaped "Genie", and Tony's own past as a recovering alcoholic. 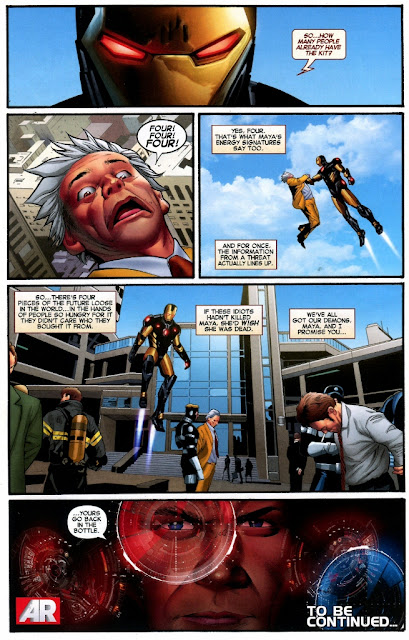 The art has been outstanding in this book so far, and the first story, "Believe", has me hooked! I picked up #1-4, and eagerly await the conclusion in issue #5. I love Iron Man's new armor, in black and gold now with red repulsor lights- very cool! While I've always thought Iron Man was a great character, my fascination doubling after seeing the Robert Downey Jr. movies, I just hit a new height of appreciation after reading this new title. I heartily recommend it to even the casual Iron Man fan. 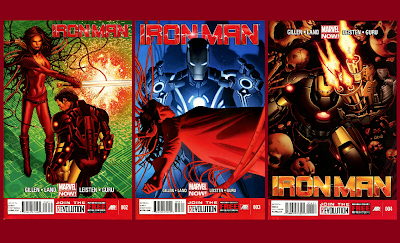