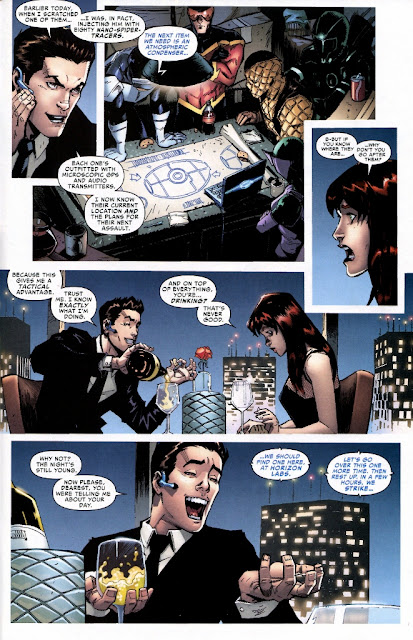 When Otto corners the Sinister Six, who Parker tried to use in getting back into his own body before dying in Otto's, he's playing for keeps, surprising the unsuspecting villains with his ruthlessness. 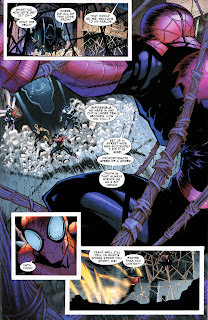 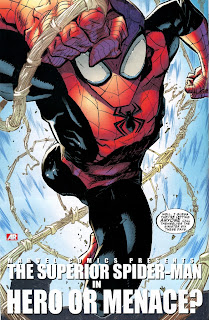 The ultra-competitive Otto is stopped just short of killing them before he is stopped by the spirit of Peter Parker, who, unseen by Otto, vows to never allow him to take a life, and to find a way back! So yes, they will bring Peter back to life- I can promise you that! 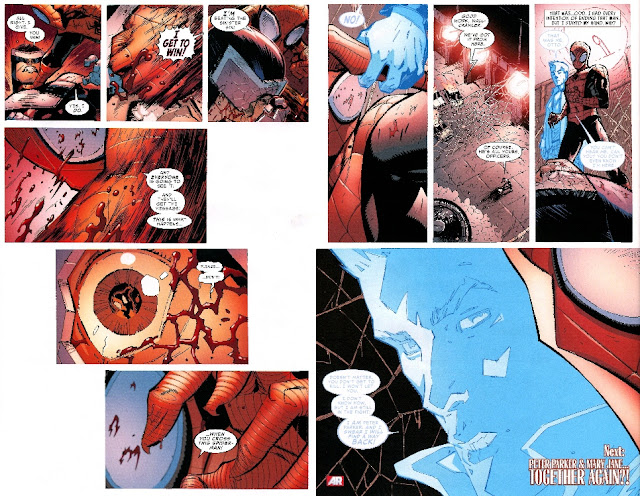 Marvel carries Otto over into the Avenging Spider-Man title with issue #16, guest starring the X-Men. I love this title featuring Spidey with different guest heroes in every great issue! 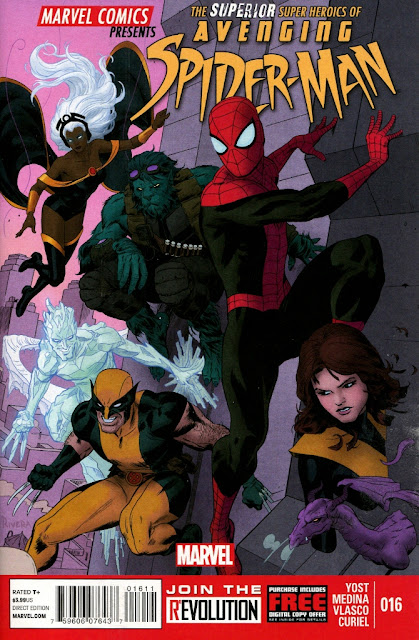 Otto soon realizes a typical day for Peter Parker may involve any number of surreal and often life threatening situations, including a giant Spider scaling a skyscraper. 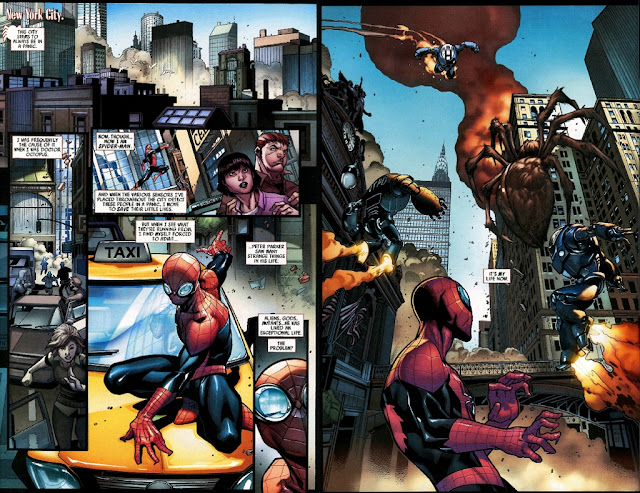 The X-Men show up, asking Spidey to step aside, but the competitive Otto uses his knowledge of arachnid physiology to bring the spider down- I'm unsure how Otto became familiar with this knowledge other than his genius-level scientific mind, but the others look on dumbfounded as Spidey unexpectedly reacts to Wolverine's condescension, delivering the clawed mutant a swift beat-down. 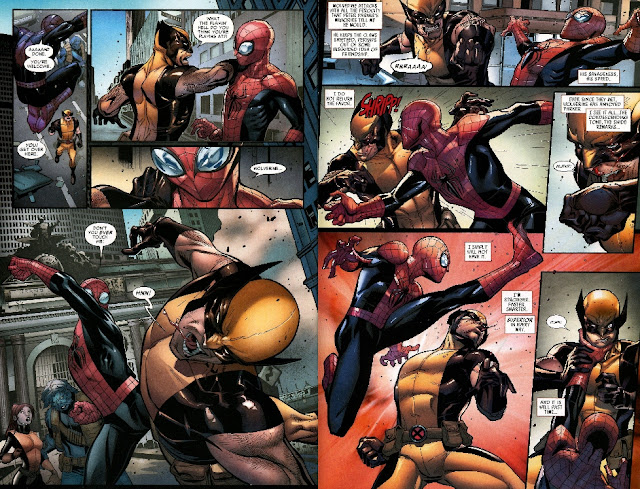 When Wolverine peels himself off the sidewalk and gets the jump on Otto, he commands Hope to scan his mind to see who is really inside his friend's head, suspicious of Spidey's shifted personality. But Otto pulls from Parker's memories to use the hero's charm to talk his way out it. Spidey knows that the girl who appeared in place of the giant felled spider is a genetically engineered being, but leaves Beast to discover that she's also a clone by himself. But who's behind this? The character on the last page reveals what our heroes have yet to discover...! 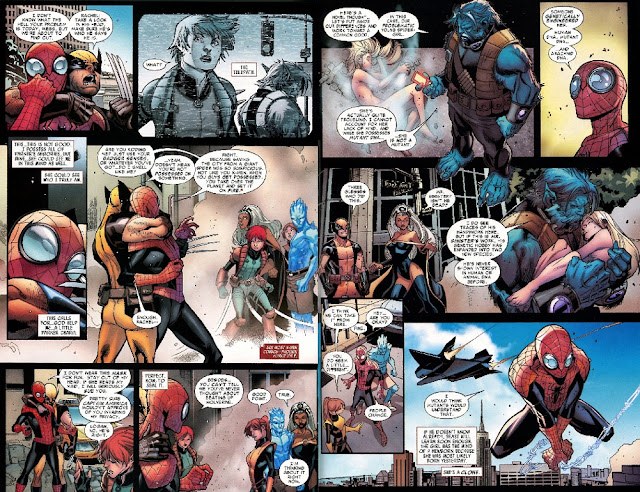 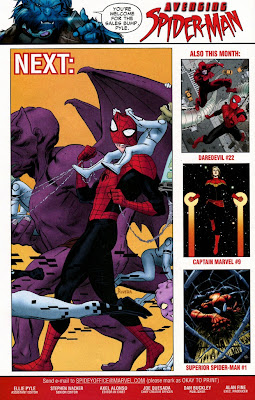 This is so much fun! Spider-Man is as big as ever! I also loved the recent Ultimate Comics: Spider-Man with middle-schooler Miles Morales taking over for the Peter Parker killed off in that book (poor guy). So great! In my opinion, both these books took a chance reinventing one of the world's most beloved comic book characters, and did so inventively. Every time this happens, fans and critics dismiss it as hype to sell comics, and that's what it is. Tell us something we didn't know. Something has to happen in the book for it to keep selling, and let's not forget, in the dangerous world Spider-Man comes from, the odds are against him surviving. Why not play with that idea? And why not move Parker into adulthood, far removed from his beleaguered beginnings as a nerdy high schooler? We'll still have all the tales we loved from the character's long & rich history. Yes it's cheezy how almost every comic hero that dies comes back to life, but it's fantasy. I've enjoyed Spider-Man comics from the last year as much as any I've read in my life, perhaps due to my somewhat fresh re-emergence into the subject as an adult, but for another reason as well- that is my belief in appreciation of art not on my terms, but in observance of it's creator's vision.