Comics From My Youth: Spectacular Spider-Man #22 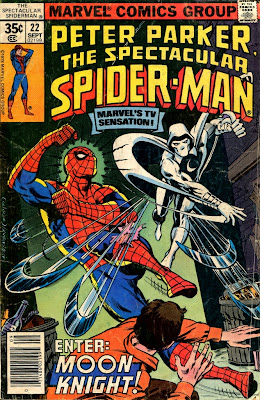 I found a copy of what may very well be the first, if not certainly one of the earliest comics in my life, Spectacular Spider-Man #22, published in September of 1978. I recognized it instantly looking through the used bins this past weekend, and while I'd long forgotten it, I remembered every panel here nearly 35 years later. "Marvel's TV Sensation!" is stamped directly below the title, referring to the CBS show starring Nicholas Hammond as the popular hero- a show I lived for at the end of the 70's. 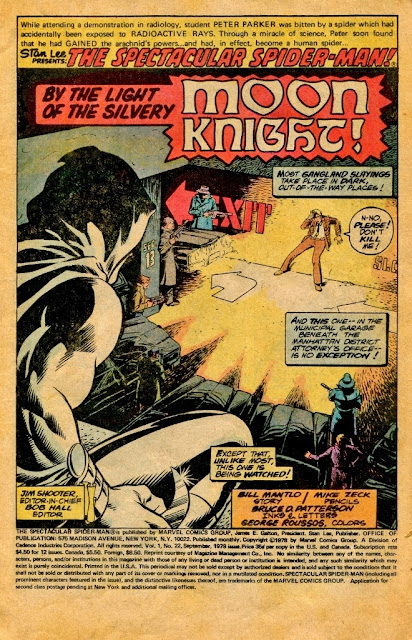 Some time ago, I struggled to rouse the memory of this issue in an attempt to pinpoint my first experience with Moon Knight, guest star of this issue, having recently picked up a Moon Knight special edition issue from 1983. Moon Knight had been a character of fringe interest when getting back into comics again back in 2010 having experienced him at such a young age, but I was unable to identify the issue. Needless to say, this is a discovery of great importance and joy to me. Moon Knight's informant is gunned down early in the issue, but while my young mind read compassion in the hero cradling the wounded man, I now realize it was just another causality in Moon Knight's one man war on crime, his description of the incident as "spilt milk"...! 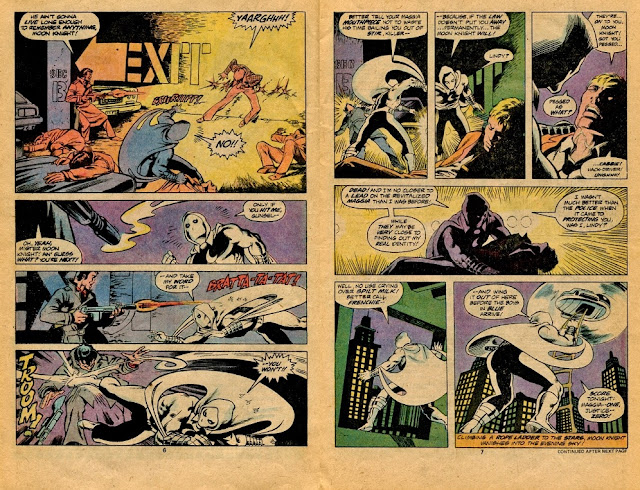 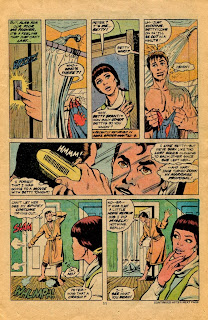 Researching the long-lost issue, I learned that Peter had not only been recently been dumped by Mary Jane Watson, but worse his marriage proposal turned down! In attempt to move on, Peter was going through the motions with Betty Brant, supporting character all the way back to the 1963 issue #4 of Amazing Spider-Man and later professed first love of Parker- that's right, not Gwen Stacy. This issue showcases Parker's ongoing struggle to balance his duties as New York's webslinger with normal life really well- the core essence of the young hero and what made him so interesting. We also get a peek into Flash Thompson's relationship with postwar Vietnamese squeeze Sha Shan, the high school bully that ironically harrassed Parker while admiring  Spider-Man. Flash later befriended Parker before joining the Secret Avengers more recently as Agent Venom. This is an all-around interesting slice of Spider-Man history, also mentioning White Tiger who'd appeared in the title's earlier issues, and has been more recently revamped as Ava Ayayla, the fifth White Tiger and sister to the first, Hector Ayayla. Ava costars in the current Ultimate Spider-Man animated TV show. 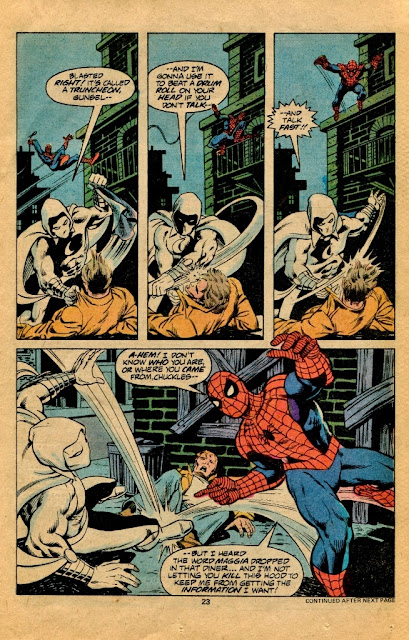 Moon Knight's informant Lindy, killed in the beginning of the issue, warned the vigilante that mysterious crime syndicate, the Maggia, knew his true identity. In attempt to find the heart of the organization, the vigilante shows up at his favorite diner in hopes of a run-in with their thugs. Also in pursuit of the Maggia, Spider-Man happens upon the diner scuffle, the two heroes following one of their assailants making a run after their failed hit on Moon Knight. But when Spider-Man pounces on Moon Knight for playing too rough, a fight breaks out that I liked as much today as I did in '78. But the wind picks up as our two heroes lock horns, a colorful antagonist ends the fight and this issue in a whirlwind arrival... the Cyclone! 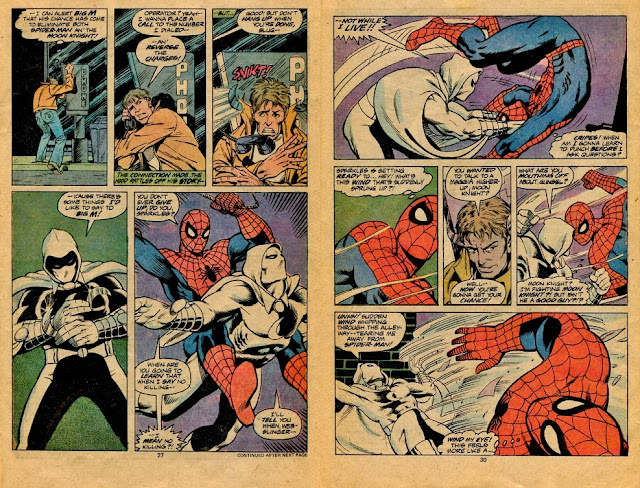 As a kid, this story arc was left unresolved for me, never knowing just what happened with the Cyclone, without the financial wherewithal or attention span at the age of six to investigate the matter further. I'm proud to say however that I hunted down issue #23 on Amazon and ordered it on the spot, and will soon put this decades-long mystery to an end... ! 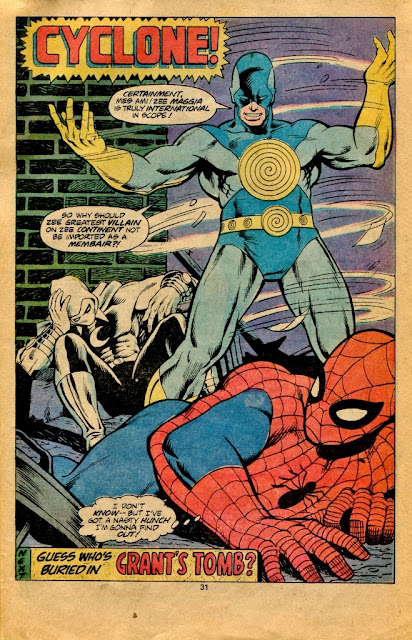 A  friend asked if I enjoyed this issue as much as an adult, and I'm proud to say that I did. It had all the stuff we love about Peter Parker- his struggle with love, long-running domestic issues, and a tussle with an overzealous anti-hero in attempt to do what's right. It had a lot going on, to the credit of writer Bill Mantlo & legendary artist Mike Zeck, whose classic, comic-book style I absolutely love!

More Later-Make It FUN!
Posted by Super-Duper ToyBox at 9:30 PM