A few words on Wolverine Vol. 1 and the recent movie... 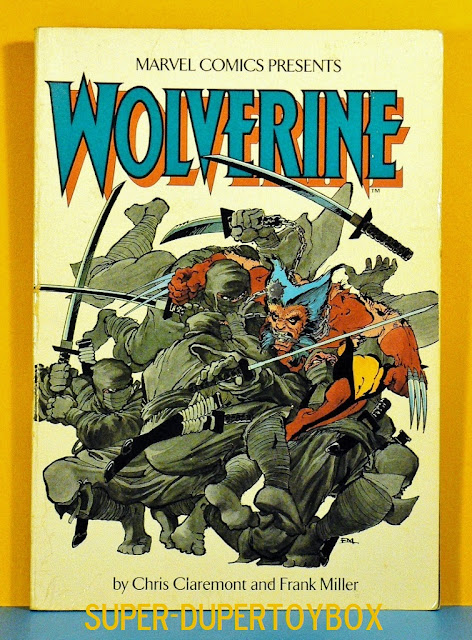 One of my earlier experiences with both graphic novels and Wolverine was this '87 TPB of Wolverine Vol. 1, the four-book series written by Chris Claremont and penciled by Frank Miller in 1982. This book is the story that the recent summer blockbuster, The Wolverine, was inspired by. I enjoyed the motion picture reinterpretation, which made me nostalgic for the thrill of comics I felt reading that book as a kid, and reading through it again I remembered how great  it really was. 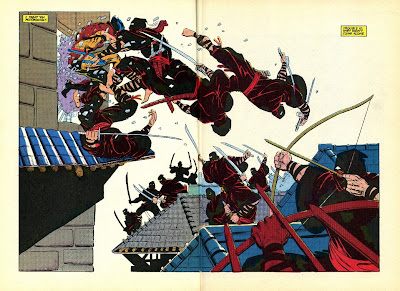 Rooftop clash between the fearless Wolverine and The Hand-  a theme also presented in the recent movie.
(Wolverine Vol.1)

There were of course many differences, as is often the case when adapting a book into a movie, but the film  referenced Claremont and Miller's classic tale of Marvel's most popular X-Man, both narratively. and visually. Claremont was at a high point in his career with the X-Men, scripting classic tales such as "Days of Future Past" and "The Dark Phoenix Saga", and the young Miller, fresh off a critically acclaimed run on Daredevil, would go on to write & illustrate Batman: The Dark Knight Returns (1986) Sin City (1991), and 300 (1998). The future looked bright and many good times were yet to come. 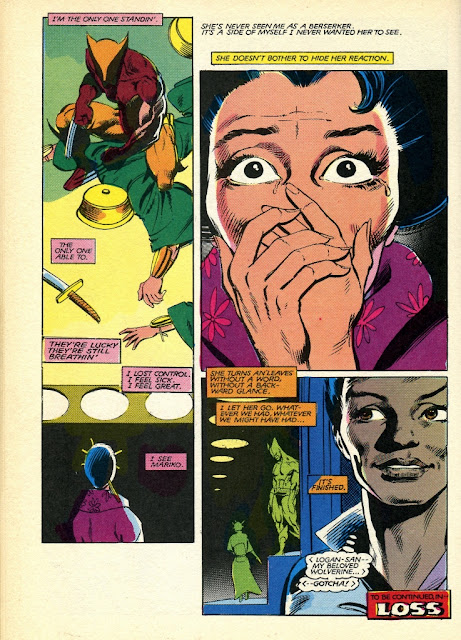 Contrary to the movie plot, Logan's love interest, Mariko, is an ex-fiancee of his, already married to Noburo, and his spousal abuse is referenced in the movie through Shingen's face slap to his daughter, sole heir to her grandfather Yashida's fortune. Wolverine had saved young Yashida's life in WWII in the recent motion picture, and instead of Harada becoming the Silver Samurai, who wasn't in the first volume of Wolverine, Yashida did, who tried to take his savior's power of mortality by force at the movies climax. 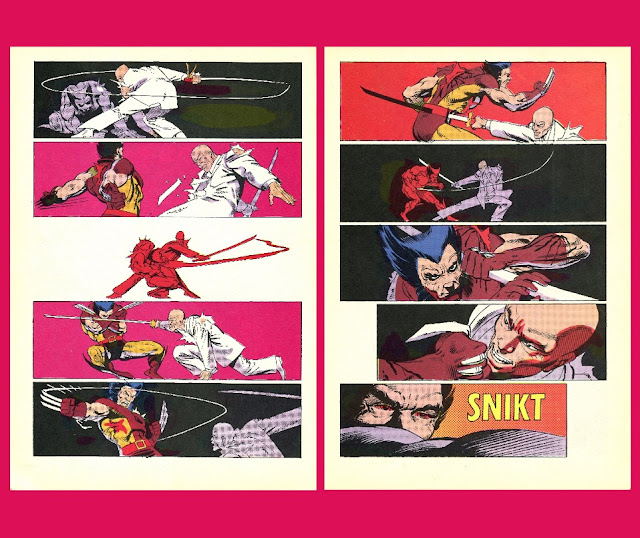 Without a word, artist Frank Miller brings the final duel between Shingen & Wolverine to life with notable fluidity.
(Wolverine Vol.1) 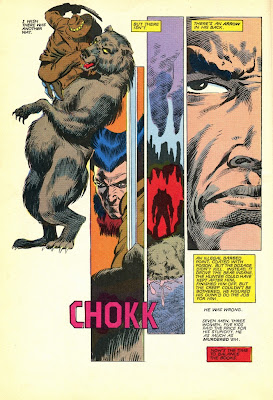 There were many character and plot rearrangements throughout the movie, but as I said, it took a great deal from Chris Claremont and Frank Miller's seminal work. Wolverine's attack on the hunter responsible for the crazed and wounded bear was in the movie, and while Yukio was not a love interest/enemy in the movie as in this 1982 volume, there was a certain allusion to her fascination with the ronin, also echoing his mentorship of fellow X-Man, Kitty Pryde. Logan's alcohol abuse is referenced in the movie, as in the book- a symptom of the anti-hero's dark, desperate nature. Of particular interest, Wolverine is taken down by the ninja-assassin clan The Hand with cabled arrows when trying to reach Mariko in the movie, a scene paying homage to the character's nightmare sequence in the book. I was happy to spot a number of other shots throughout the film seemed inspired by artist Frank Miller's silhouette, noir style, as well as nods story elements from the original story and character traits. And in spite of his matinee good looks, actor Hugh Jackman looked appropriately rough throughout most of the film, which I appreciated. 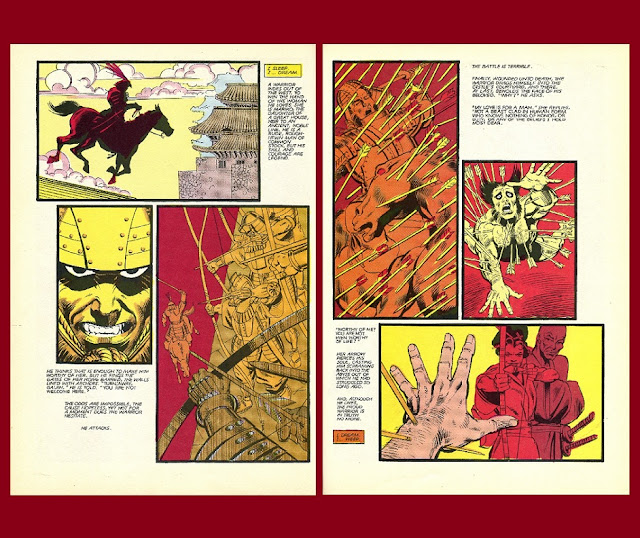 The dream sequence in Wolverine Vol.1 is echoed in the recent movie when our hero is taken down by the ninja-assassin clan The Hand with cabled arrows.

While the film entertained me, I was mildly disappointed with Logan not speaking a word of Japanese- no, he hadn't the previous relationship with Mariko as in the book, but he had been a special agent/Weapon X in WWII. I enjoyed the dichotomy of  Logan's cosmopolitan relations versus his animal nature as Wolverine in the book, something I missed in the movie's characterization. And the mechanical bear Wolverine euthanized looked fake- why, with all the modern marvels of CGI, could that not have looked better? Still, director James Mangold gave us a better movie than we got with the previous X-Men Origins: Wolverine.

Two great drawings by artist Frank Miller- Josef Rubinstein was credited as finisher, and Glynis Oliver and Lynn Varley as the colorists of Wolverine Vol.1... 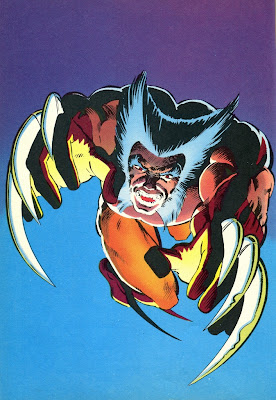 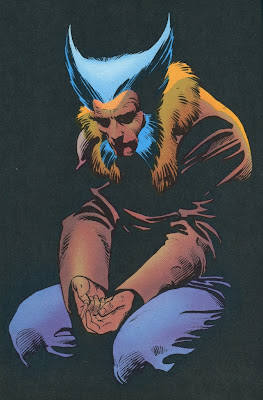 Ultimately, the recent film was exciting and commercially successful, but as they say, if you haven't read the book, you should. Read about Wolverine, Vol.1 at Marvel.Wikia.Com!
More Later- Keep Reading COMICS!
Posted by Super-Duper ToyBox at 10:45 PM

Email ThisBlogThis!Share to TwitterShare to FacebookShare to Pinterest
Labels: Comics, Comics From My Youth, Marvel, Wolverine