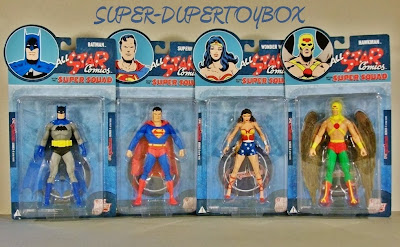 Released in the spring of 2008, the Super Squad Figures are the fourth wave of DC Directs "Reactivated" Series, which seemed to be themed A-List characters, these obviously inspired by the 1940's All-Star Comics title, featuring the adventures of the Justice Society of America. While Wonder Woman's First Appearance was in the 8th issue back in '42, and Superman & Batman were associated with the team, Hawkman is the only original team member among these- perhaps my favorite of these four. I'm all for the helmeted Thangarian warrior,  but I love Hawkman's Justice Society Earth Two costume! 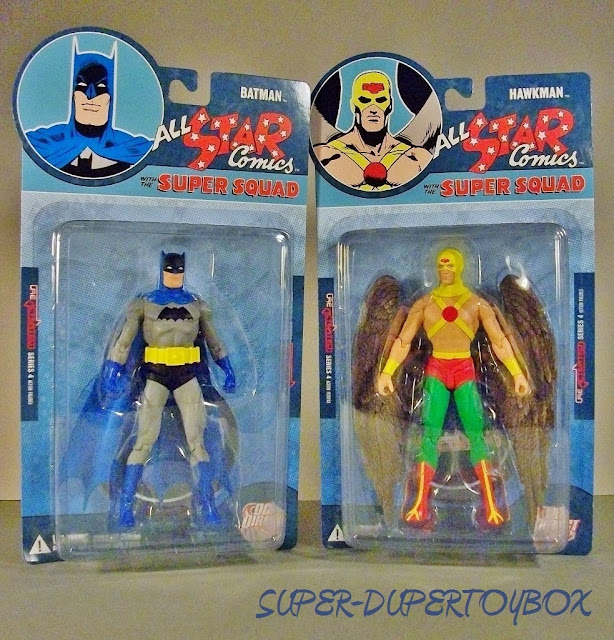 I'm attracted to retro-looking action figures, particularly those produced by DC Direct, who does a great job emulating the art from different comics series. After posting about my First Appearance Series figures, I thought of these. Like Marvel Select is to Marvel Legends, DC Direct is to DC Universe Classics- DC Direct and Marvel Select often lack the articulation that Legends and DCUC enjoy, but usually trump the latter in the sculpt and paint department. The Super Squad figures are simple in their deco, but so cleanly executed in their Golden-Age styling. I ordered these about three years ago for about $5.50 each- pretty good. While I'm generally all for opening action figures, I've been enjoying these MOC figures for awhile now, as I will likely continue to. 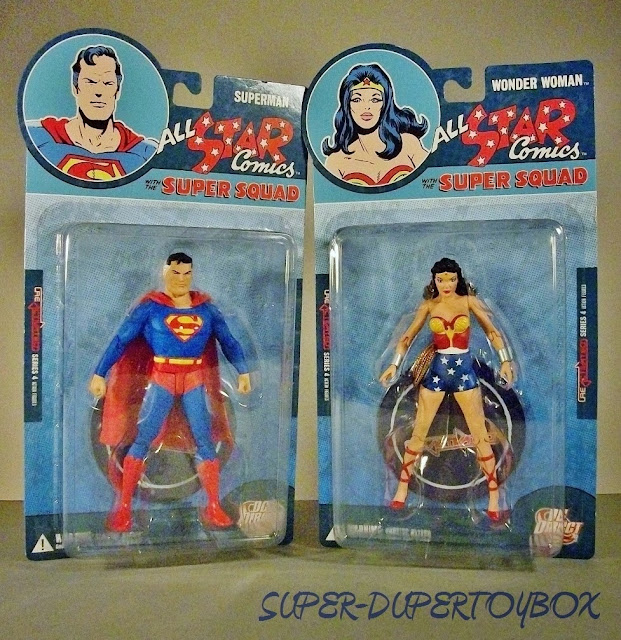