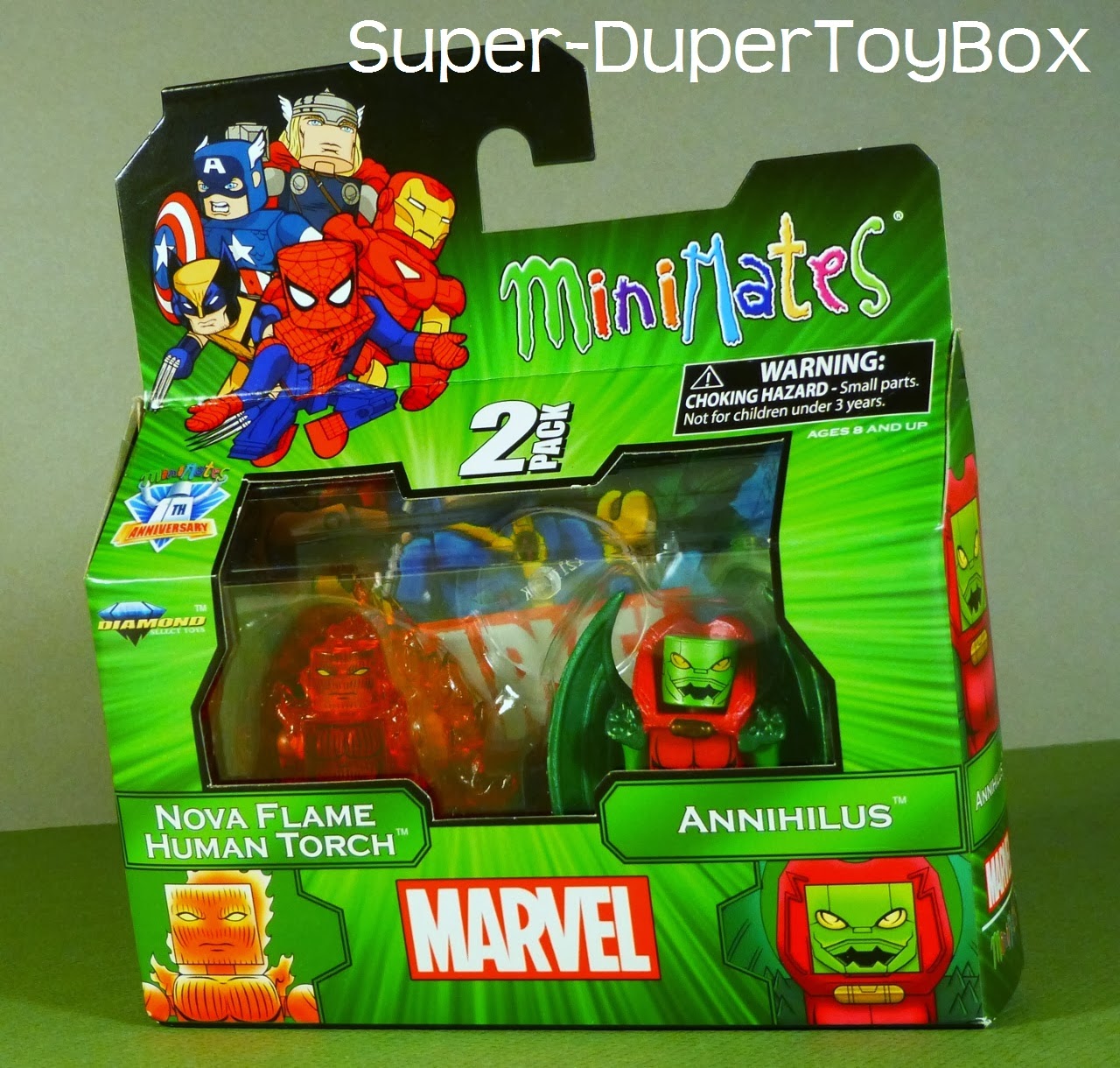 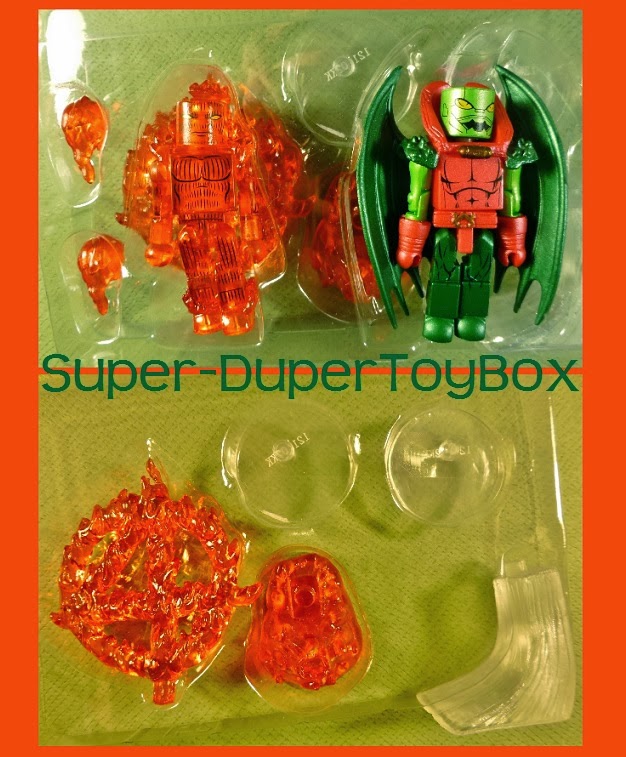 I picked up the Nova Flame/Annihilus 2-pack some time ago, but decided to open it when I found anther 2-pack from the same TRU 15 wave of Marvel MiniMates recently. Having read the Fantastic Four #600 50-year Anniversary Special (2012), the former of these 2-packs was of interest to me, telling the tale behind Johnny Storm's apparent death and subsequent triumph over his Negative Zone tormentor, Annihilus. It's a frightening tale akin to stories of Hell, in which one is gorily killed every day, and revived to face death again and again. But the stubborn Johnny bands his fellow enslaved together and escapes with Annihilus in chains at his feet! 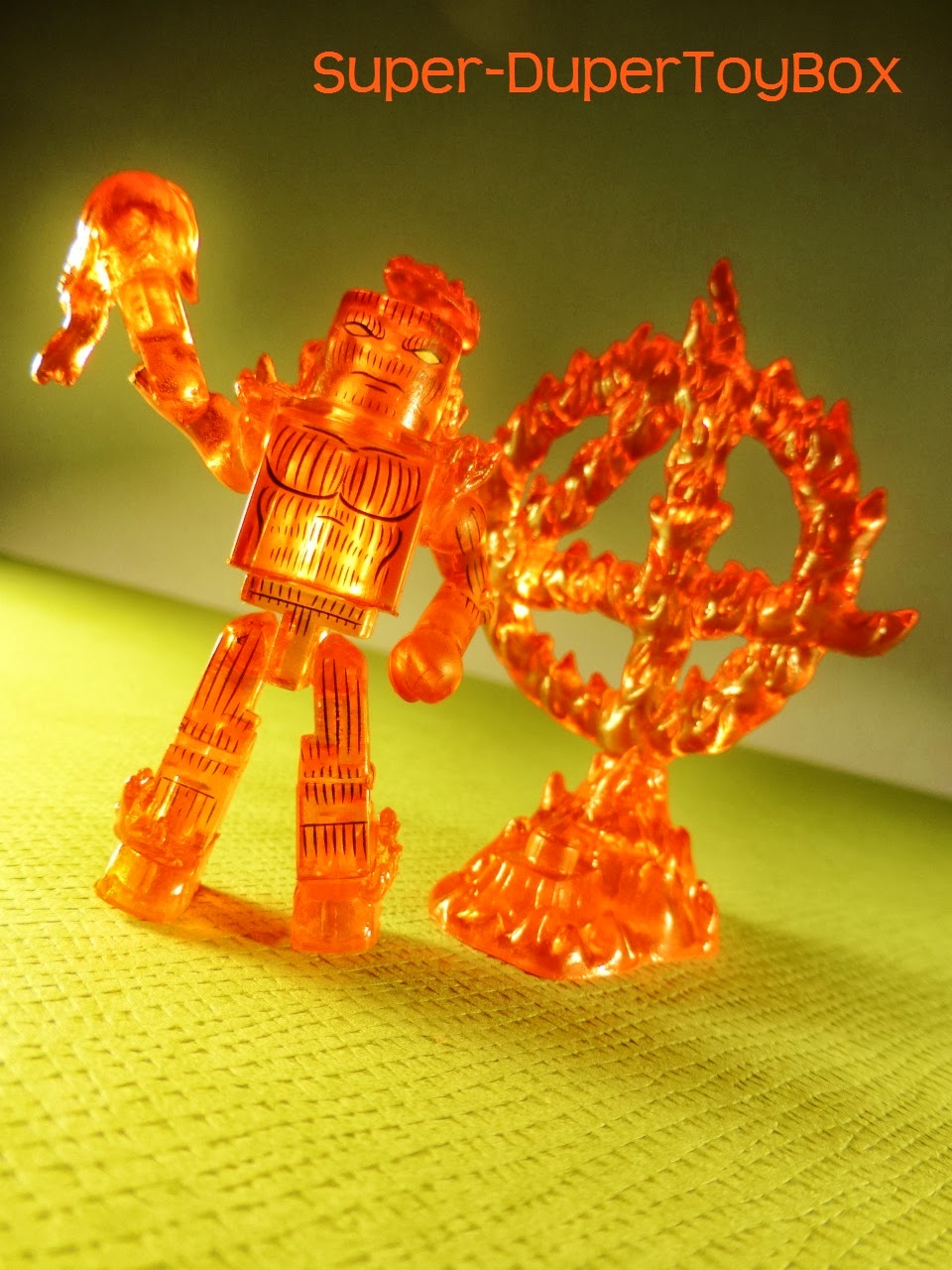 This is a great 2-pack, starring the Human Torch in his nova flame mode, the hero's maximum output of heat, dispelled omnidirectionally in an explosive manner. He looks like a regular Human Torch MiniMate, but does have several fiery accessories, including  fireball gloves, and a magnificent base any MiniMate fan that's collecting the Fantastic Four should have. 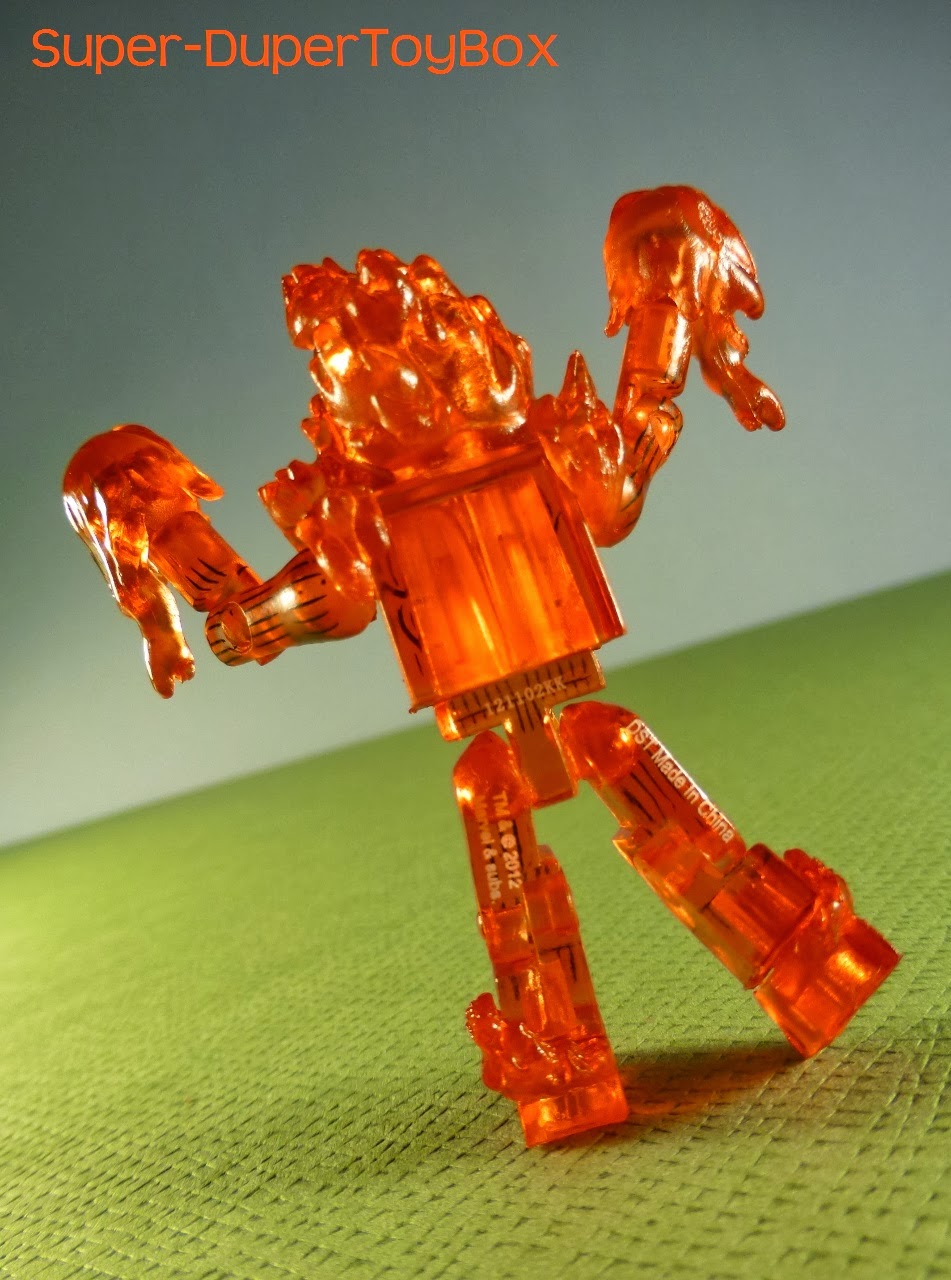 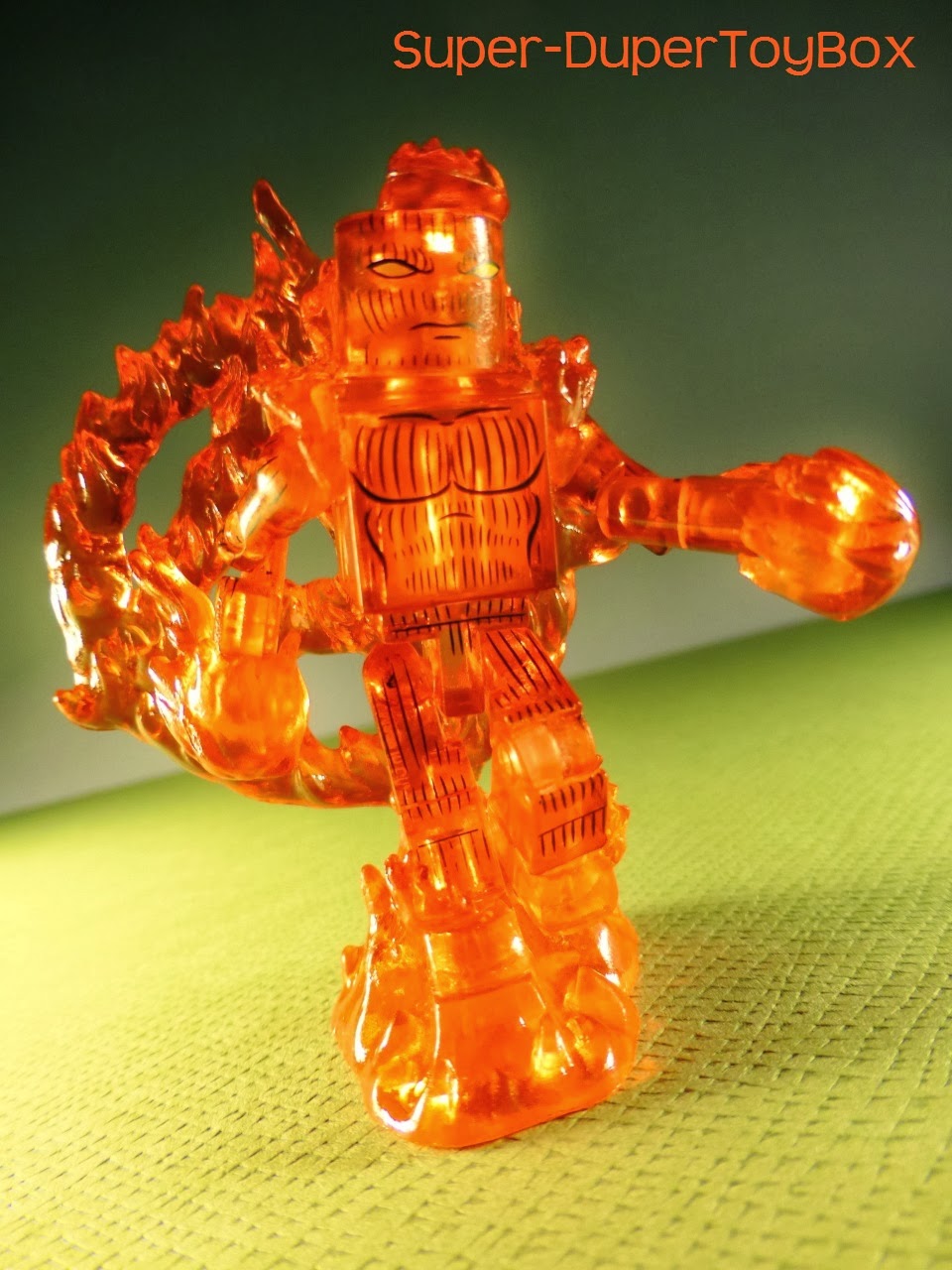 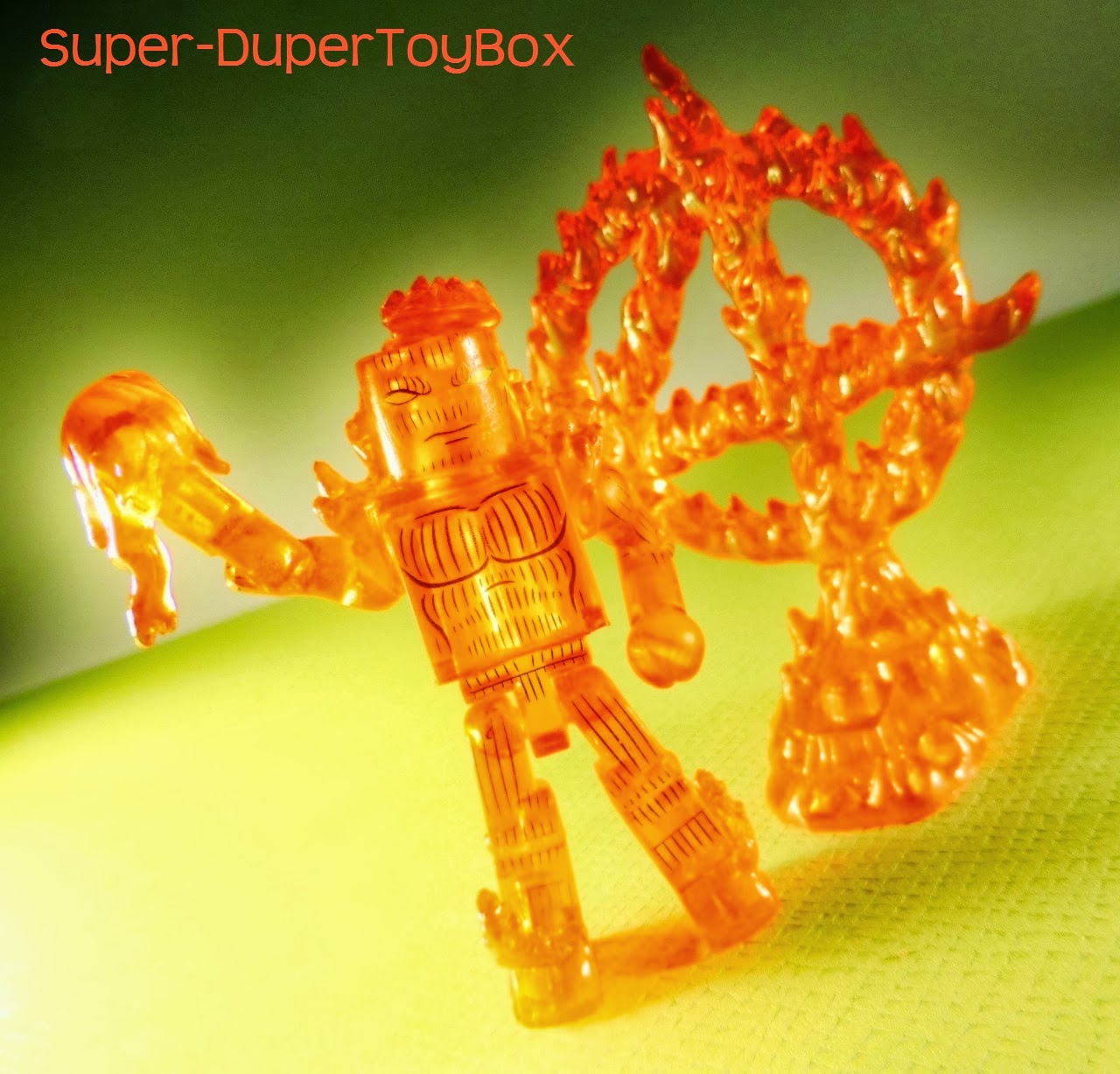 The figure also has extra flame shoulder overlay that laps over his head, and flame anklets for extra flare. The yellow eyes and classic Torch lines painted onto the figure's front side and face are perfect Silver-Age goodness! I love translucent plastic figures in general, and naturally, this character lends itself well to the treatment. 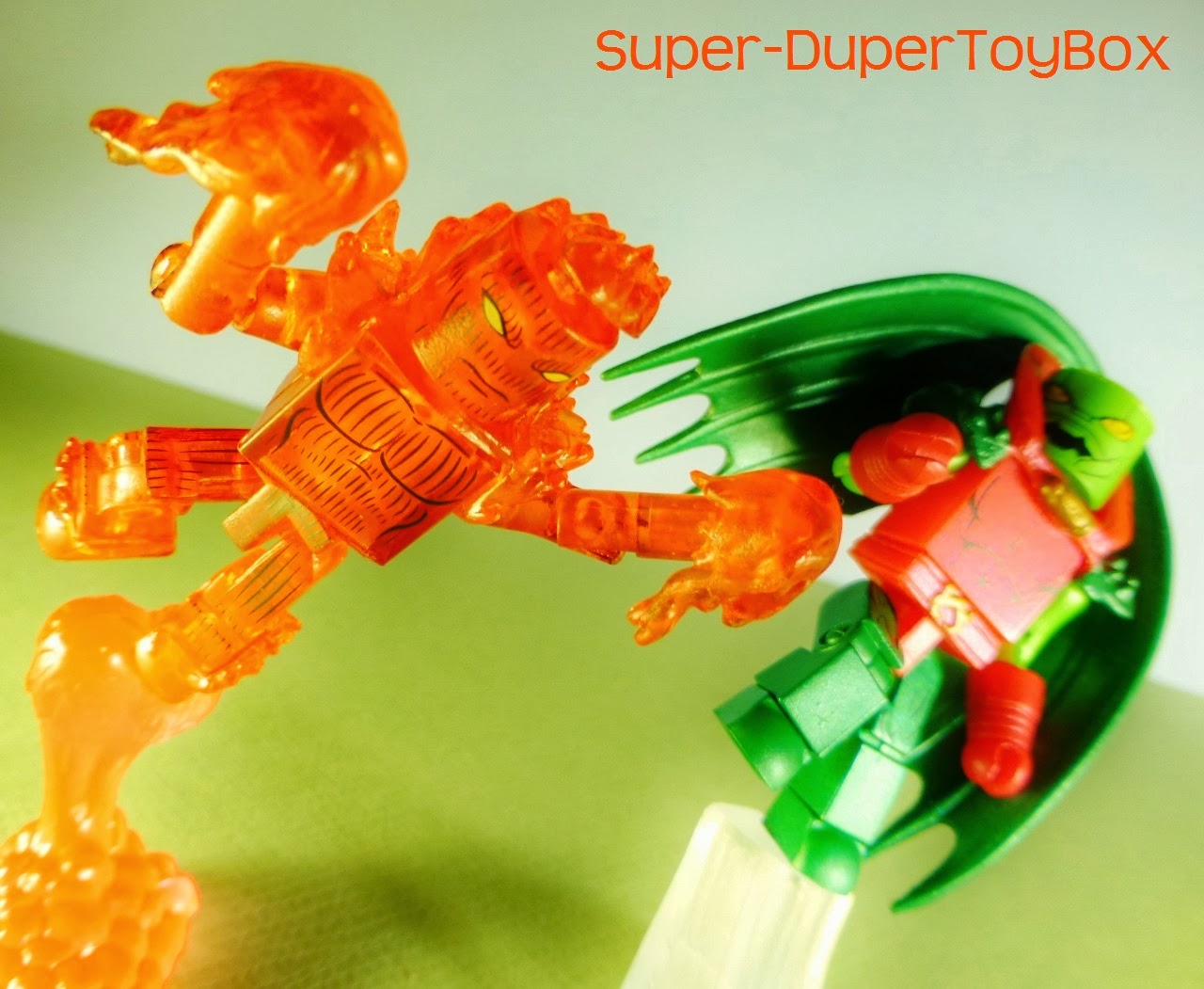 I like this Annihilus MiniMate okay- the spiked shoulder armor and bat wings are really dramatic! It would have been nice to get a Cosmic Control Rod with him, but he looks good and poses well, his wings articulated well enough to tilt from side to side for flying poses. 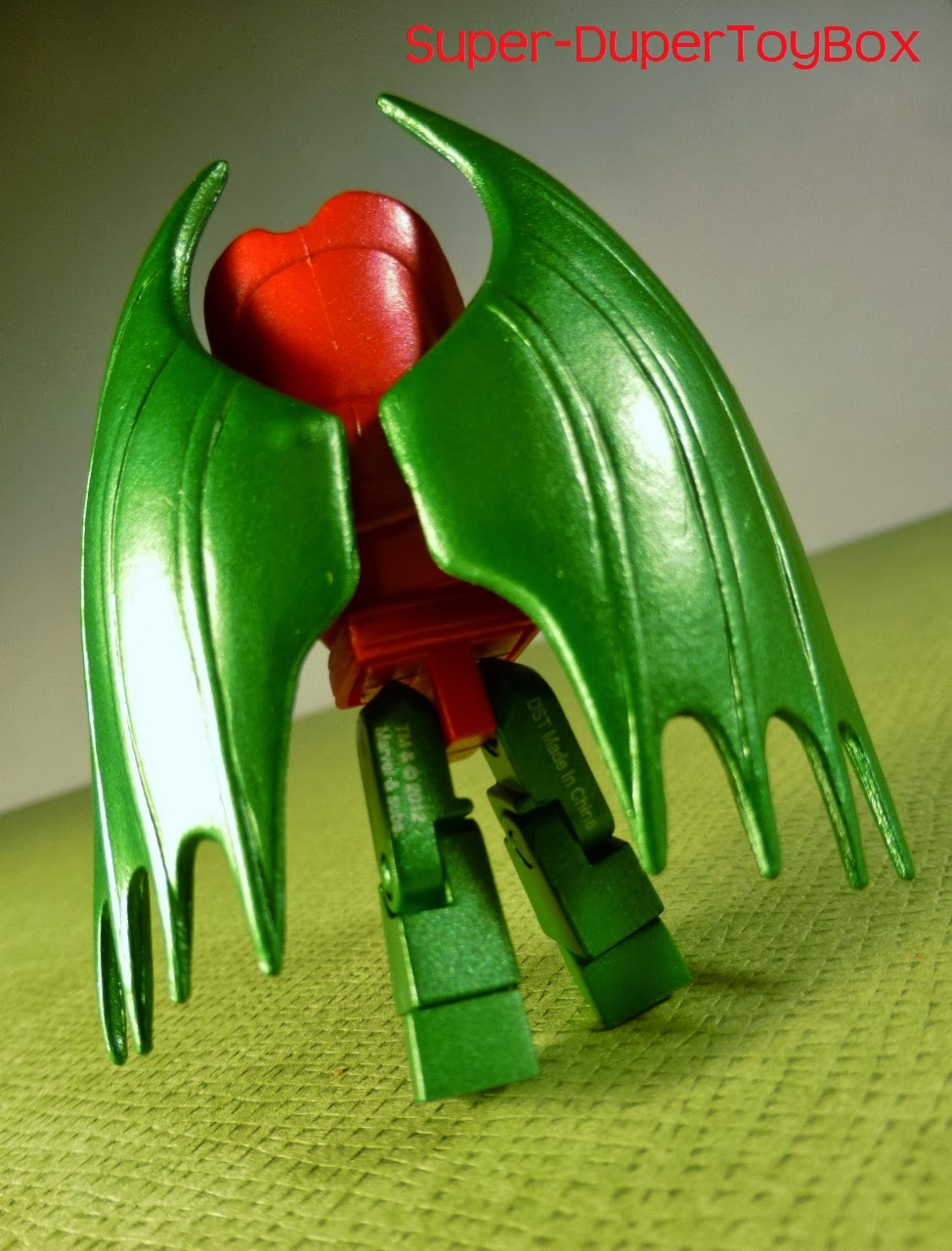 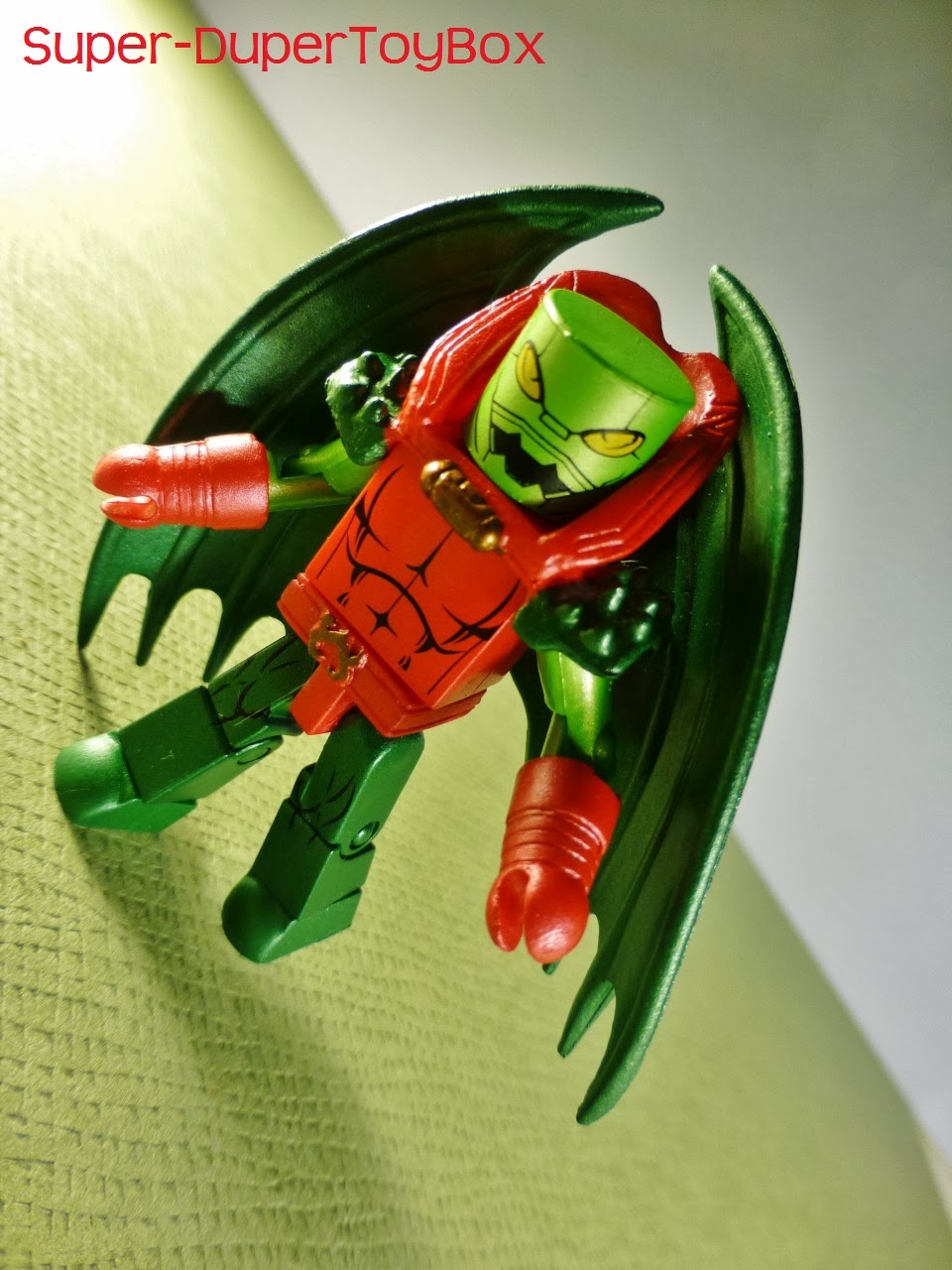 Annihilus creeps me out- he's all buggy with a killing disposition that's downright chilly. Johnny couldn't seem to kill him after many nova flame assaults. He's from the Negative Zone and hangs out with guys like Blastaar. Nasty creature. 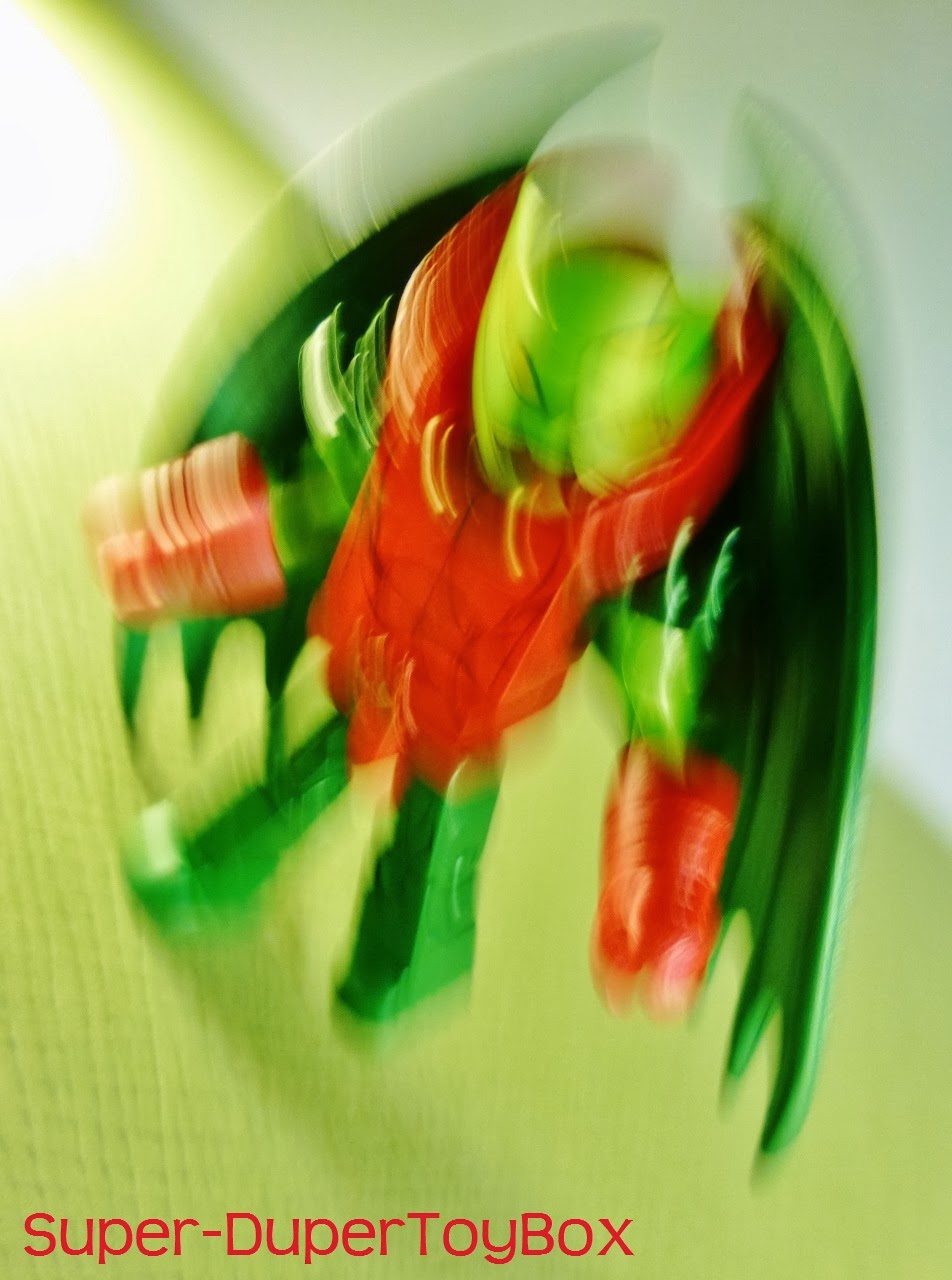 This was an intelligent pairing that is still contemporary with the latest Fantastic Four saga recently concluding. The team just defeated Doom, Kang, and Annihilus in a dimension hopping, alternate reality colliding adventure that centered around old Johnny Storm's frantic race to stop Doom's plans for permanently undoing his team mates. 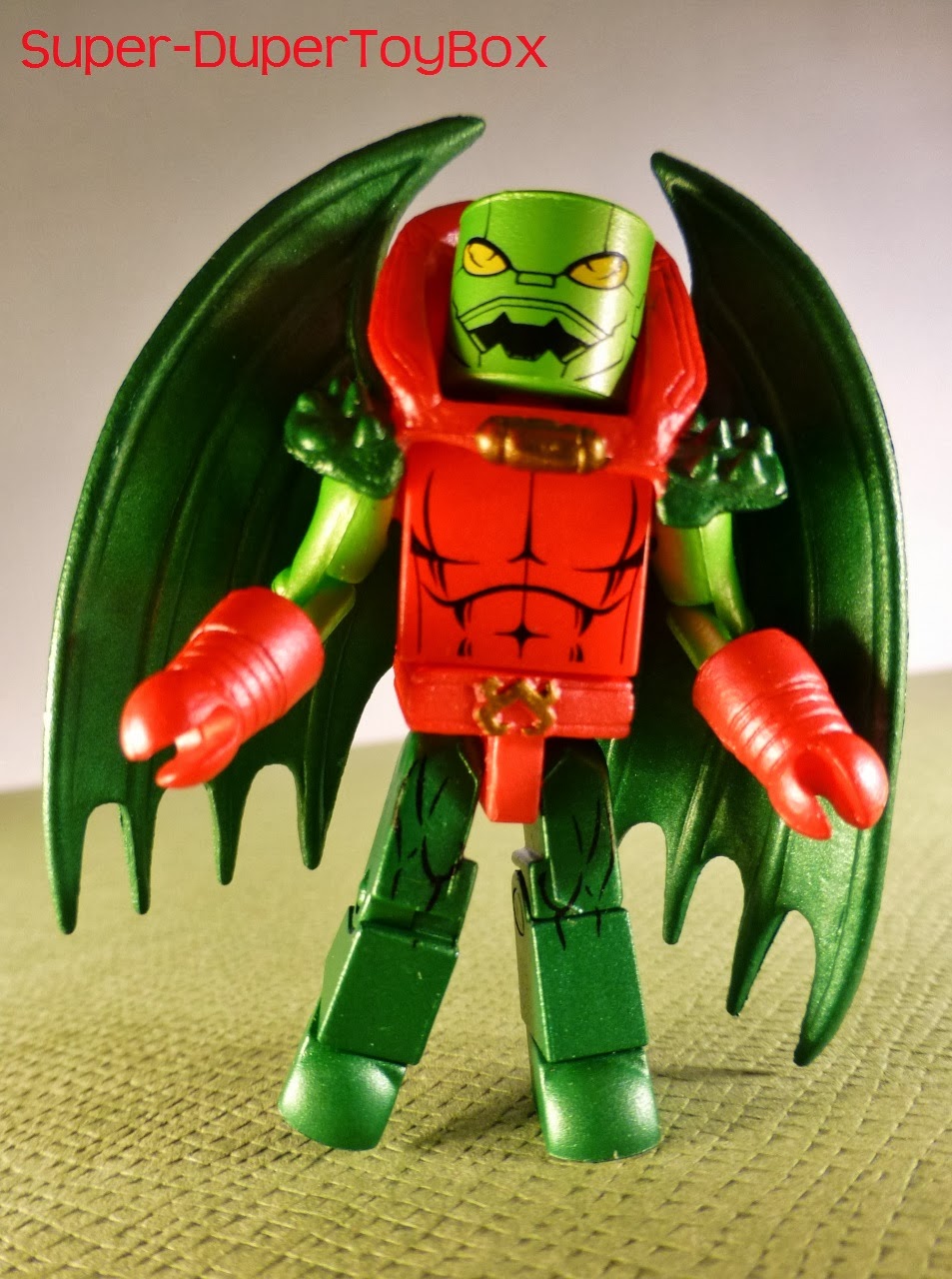 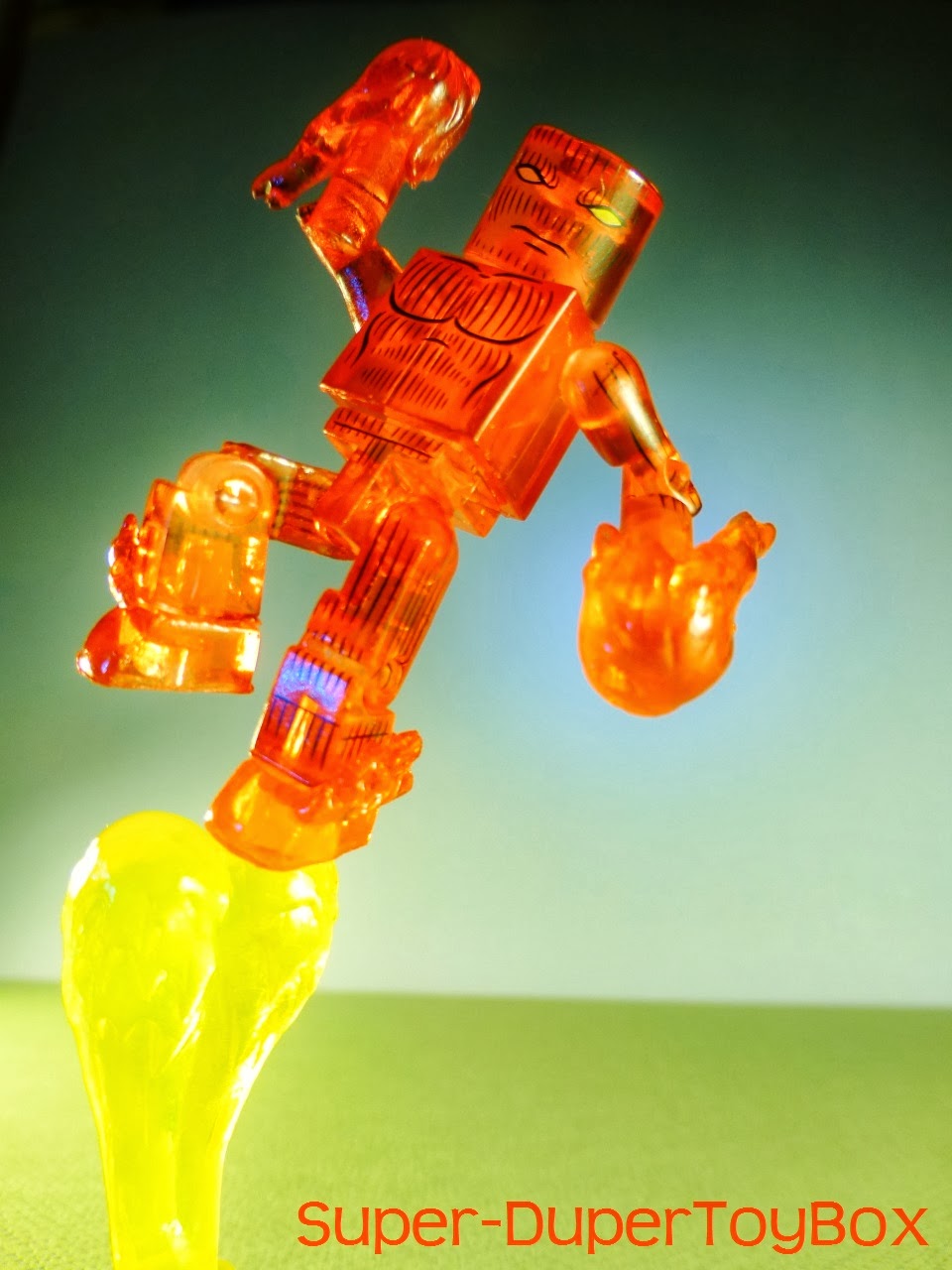 Be sure to visit the MiniMate DataBase! 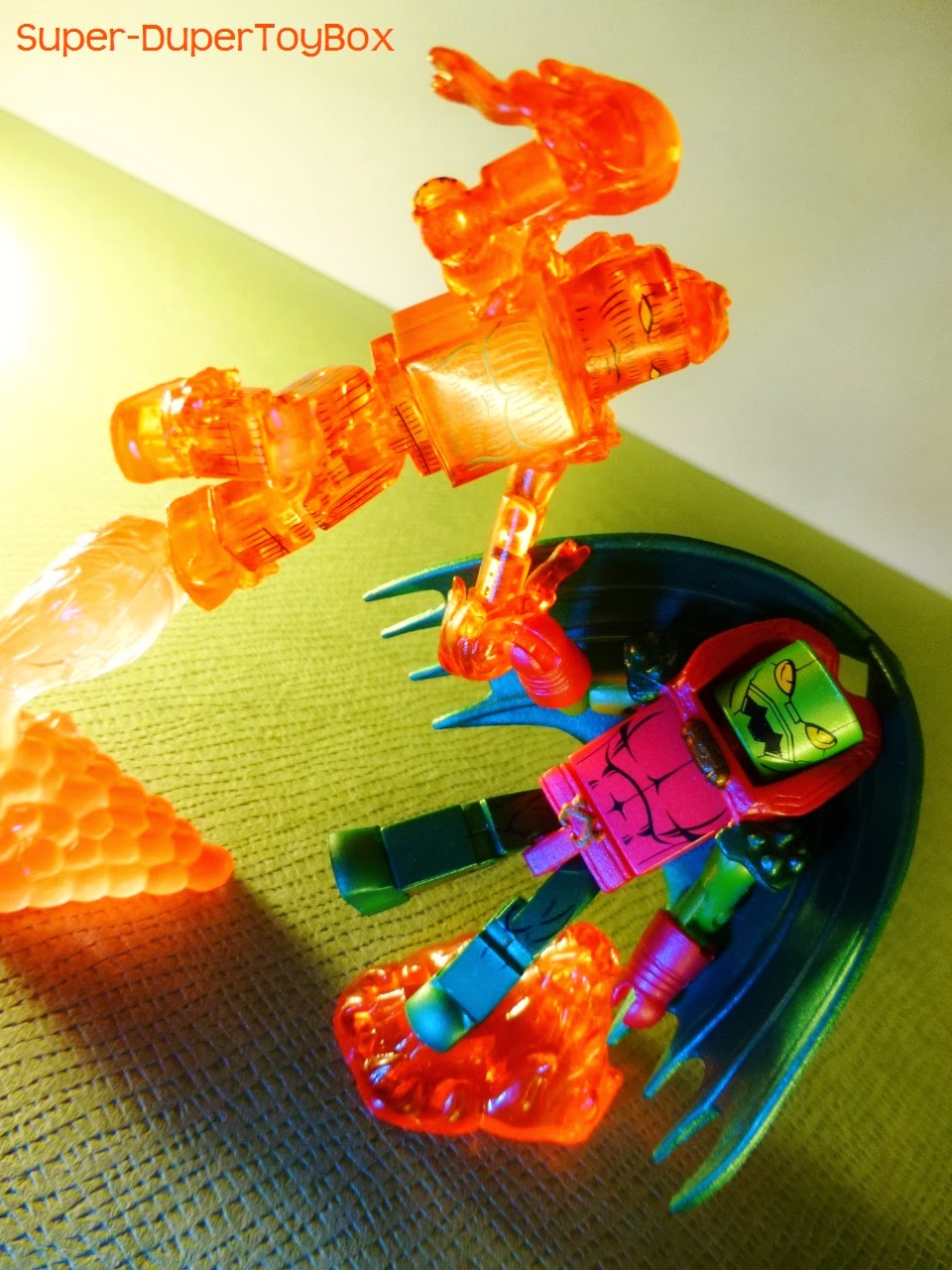