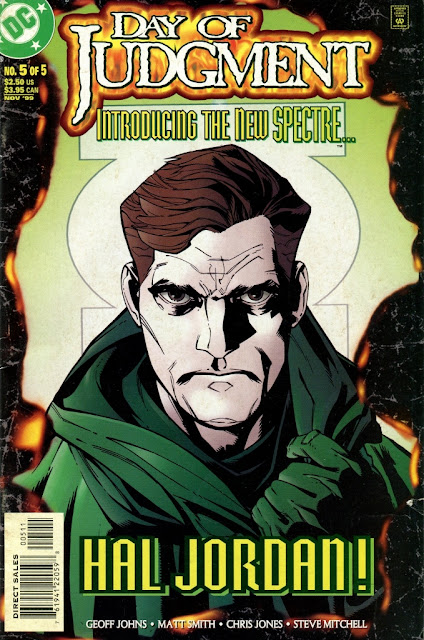 I stumbled  onto all five issues of the DC Day of Judgement series from '99 the other weekend while rifling through the dollar comics bins with my nephew, in which Hal Jordan take the mantle of the Spectre, spirit of Vengeance. Upon reading author Geoff John's run a few years ago, I became a big fan of the Green Lantern mythos. In Day of Judgement, Jordan becomes host for the Spectre in attempt to atone for his earlier transgressions as Parallax, when he threatened the order of the Universe by slaughtering the Green Lantern Corps. Etrigan the Demon has bonded the Spectre to the fallen angel Asmodel in an attempt to usurp rival demon Neron, and unleash chaos upon the Earth. The series features a great cast of supernatural heroes, including Phantom Stranger, Blue Devil, Deadman, Captain Marvel, Ragman, Dr. Occult, Madame Xanadu, and Dr. Fate! In 2001, DC Direct released a glow-in-the-dark Hal Jordan/Spectre figure (right)- further proof that we truly live in the Golden-Age of action figures.

Below: Hal Jordan becomes Spectre, and unleashes the spirit of vengeance upon Neron ...! 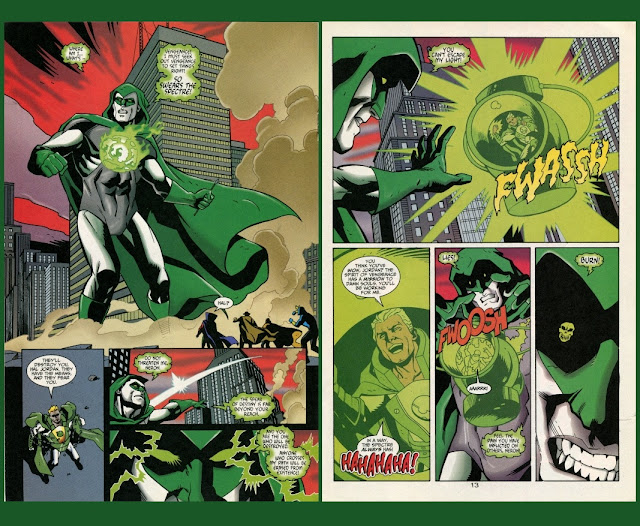 More Later- Make It FUN!
Posted by Super-Duper ToyBox at 10:39 AM