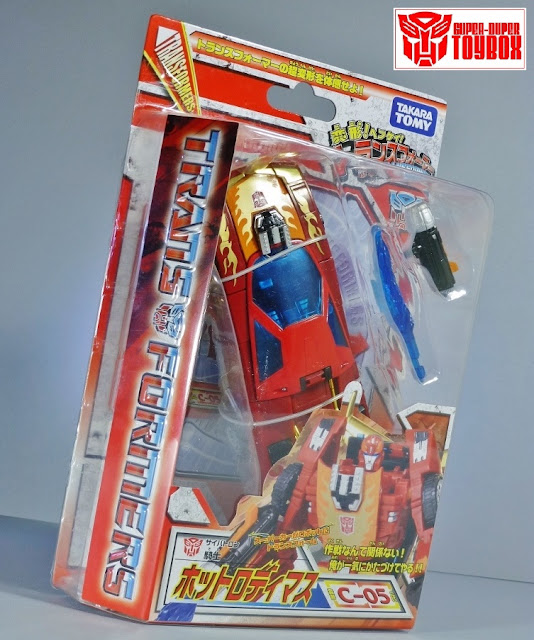 I can't believe June was my last Transformers video, but winning this Takara Rodimus on eBay for only $22.50 shipped was reason enough to resume my latest obsession with the subject. I love the packaging on this import, with TRANSFORMERS in raised lettering down the side of the bubble. Rodimus has slightly less articulation than the recent Hasbro Transformers I'd bought, and he's smaller than a lot of them, but he's stunningly beautiful with his vac-metal blown engine and spoiler, and he has light piping through his eyes. Check out the video: 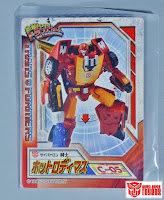 From  2008 to 2009, Takara Tomy released these redecorated Japanese versions of their American counterparts, vac-metal parts often used as tribute to the original G1 Transformers.This deluxe figure was first released in Hasbro's Classics line, and later on in a couple multi-packs, according to TF Wiki. He came with a collector card, in Japanese like the packaging which I treasure! I'd been in search of a decent Rodimus, and there is a lot out there, all popular with collectors and some quite expensive. I'd still like to have a "convoy" version with the trailer/mobile defense bay, but this one will certainly do! 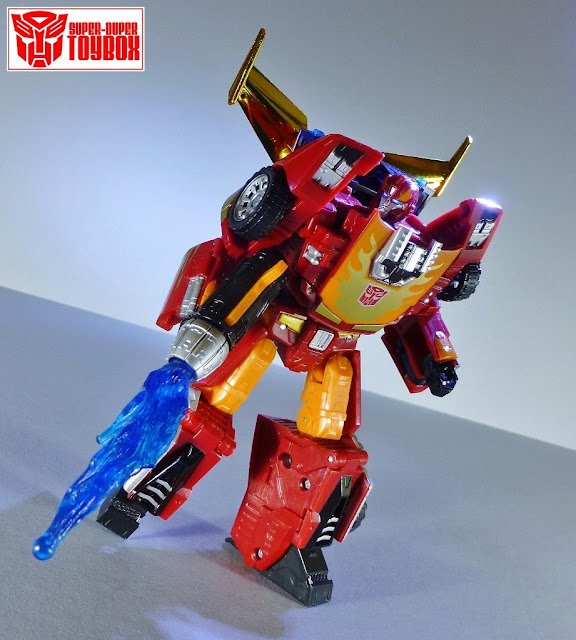 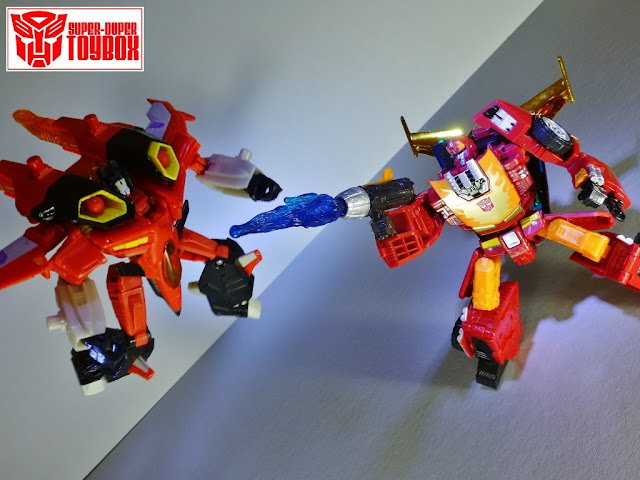