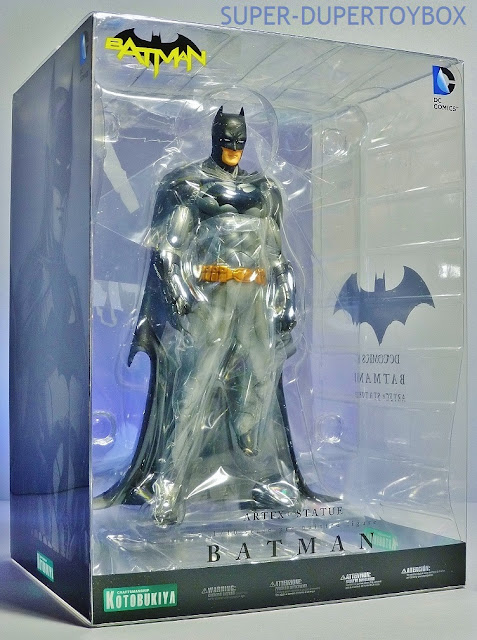 Using a chunk of points on my Amazon card, I chipped about 1/3 off the price of this Kotobukiya Justice League Series Batman statue. This may very well be my first real statue, and while I like even minimal articulation, this 7 1/2" Kotobukiya Batman doesn't take up much room, and is perhaps the most beautiful representation of Batman I've ever seen...  Check out the video: 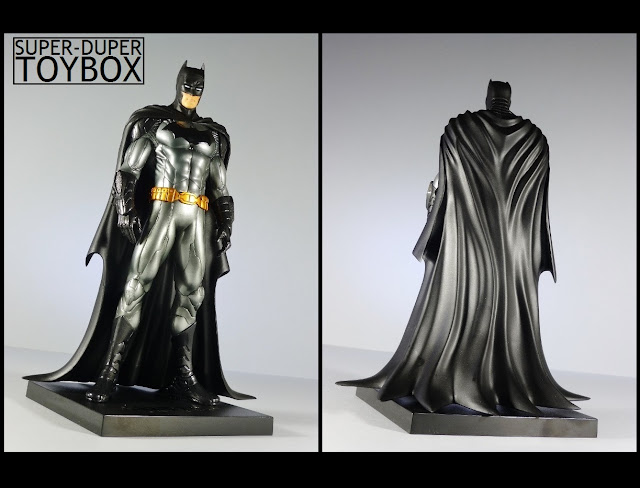 Batman's metallic gloss armor pops against the flat black cowl and cape, which drapes exquisitely down the verso of the figure. I'd prefered it flatten out all the way down to the base, mainly for aesthetic reasons, but the magnets in his feet provide enough stability and it's not too distracting. There is a less noticeable anime look about this Batman than the other Kotobukiya ArtFX+ Justice League Series statues, but just enough to make him interesting while acknowledging Jim Lee's original character design. I'm not sure if or when I'd buy another statue, but this will make a splendid addition to my growing collection of Batman figures. Wow! 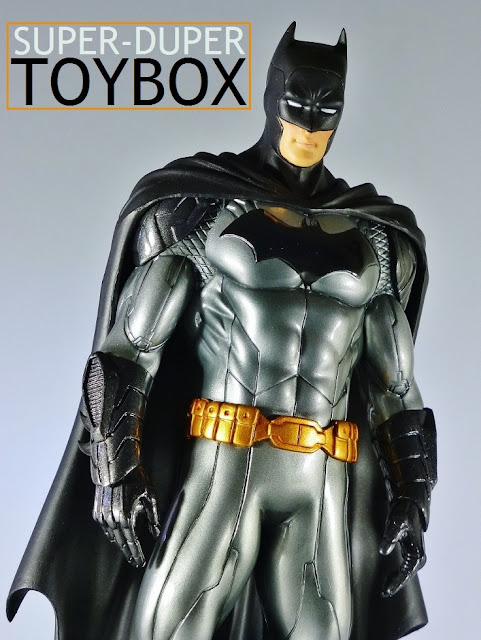 The Kotobukiya and 6" Mattel Unlimited Series Batman side by side... 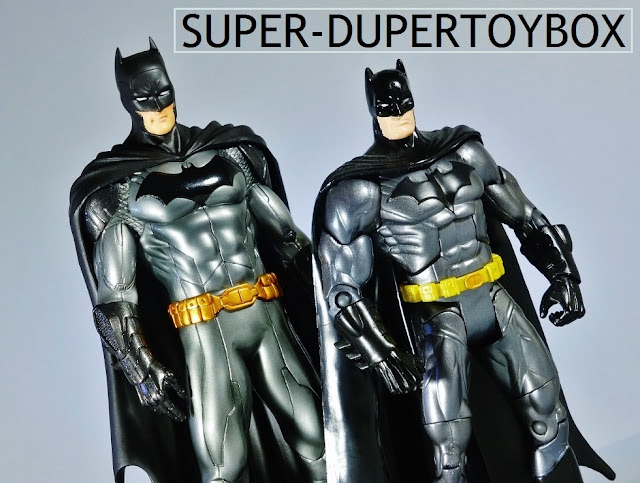