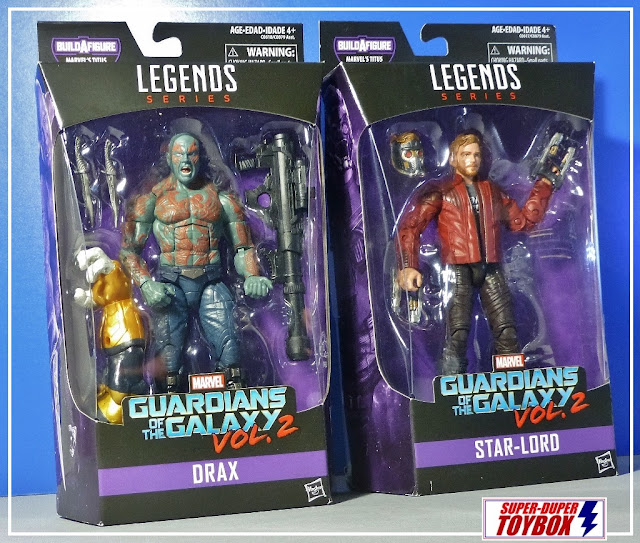 Recently selling a chunk of my Marvel Legends action figures on my eBay store reignited my interest on some newer figures I'd put off buying, including this Drax & Star-Lord from the Guardians of the Galaxy 2 Series. I've also only recently seen the movie, pushing me further into it's merchandising campaign. The deco and sculpts on the Marvel Legends have come a long way, particularly in these movie series figures, Drax and Star-Lord both great examples of the line's improvement. While I have my nitpicks with them, they are beautifully sculpted and have great articulation. 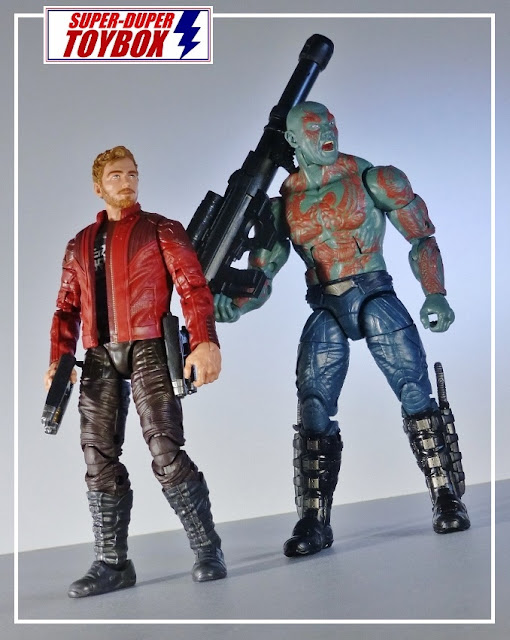 The Chris Pratt head is a good likeness, but the masked head put me over the edge regarding Star-Lord. His blasters have a spiffy paint job, but I'm not crazy about the pegs on the outside of his hips upon which they fasten. The jacket and fully painted shirt logo within pack in some admirable detail. 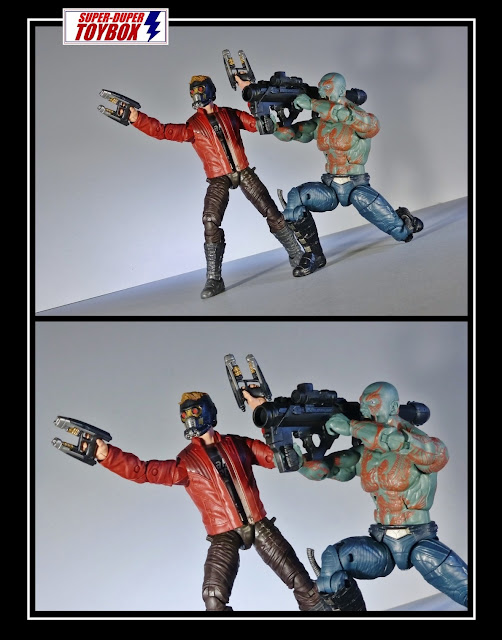 I'm on the fence about Drax's screaming head sculpt, but it is well done, and true to the nature of this volatile character. I love the boot sheathed daggers, but they are loose in his hands, particularly the right where his grip had been stretched after holding the bazooka. Speaking of which, this was not his weapon in Guardians of the Galaxy 2. These complaints aside, Drax is a great figure with some spectacular sculpting and great articulation. 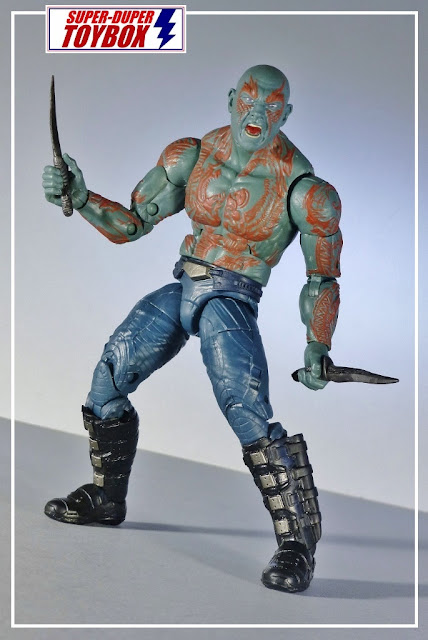 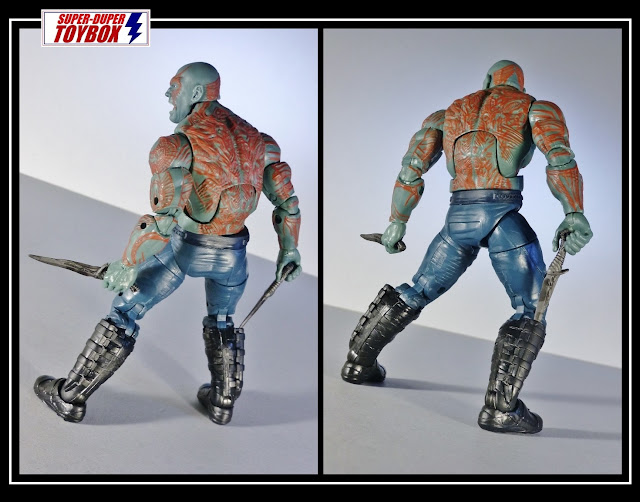 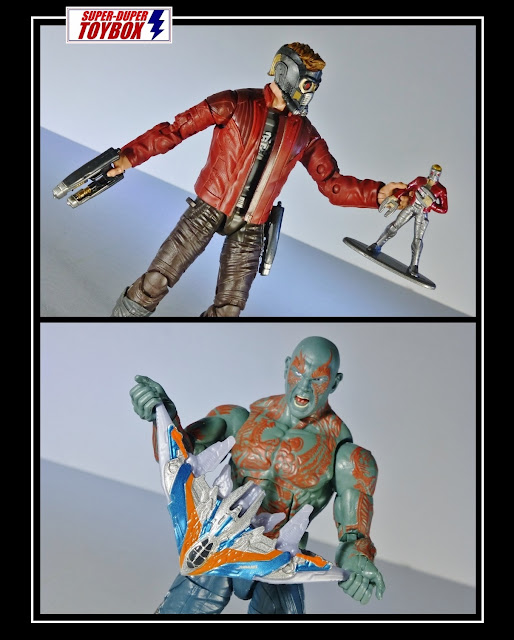 Email ThisBlogThis!Share to TwitterShare to FacebookShare to Pinterest
Labels: Drax the Destroyer, Guardians of The Galaxy, Hasbro, Marvel Legends, Star-Lord