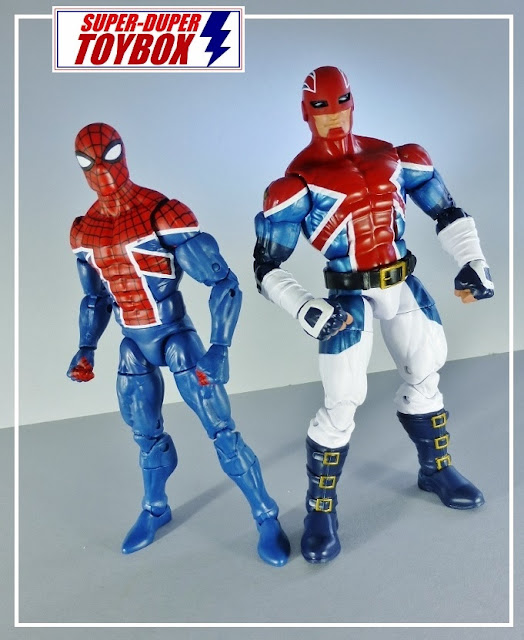 Captain Britain and Spider-UK are characters I'm completely unfamiliar with, my interest purely aesthetic and particularly as a pair. They were not the most popular Marvel Legends figures, Spider-UK the running change with the very popular new Spider-Man 2099 from the Sandman BAF series, and Captain Britain the running change with Wonder Man from the Abomination BAF series. 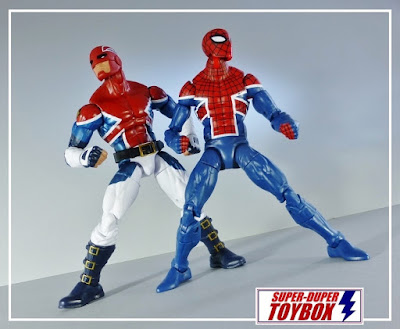 Spider-UK has a simple deco in some respects, but lots of line work that was executed with relative precision, regardless of my careless nick in the white line over the left pectoral. He's a lot beefier than we normally see on a typical Spider-Man buck, this medium build being a new body type for Hasbro. It is well articulated, and seems to avoid the abdominal hinge gap issues seen in the Bucky Cap. I like the anatomical proportions of this figure immensely, as well as the sculpted fabric folds in the outfit, and the articulation meets all expectations of modern action figure construction. 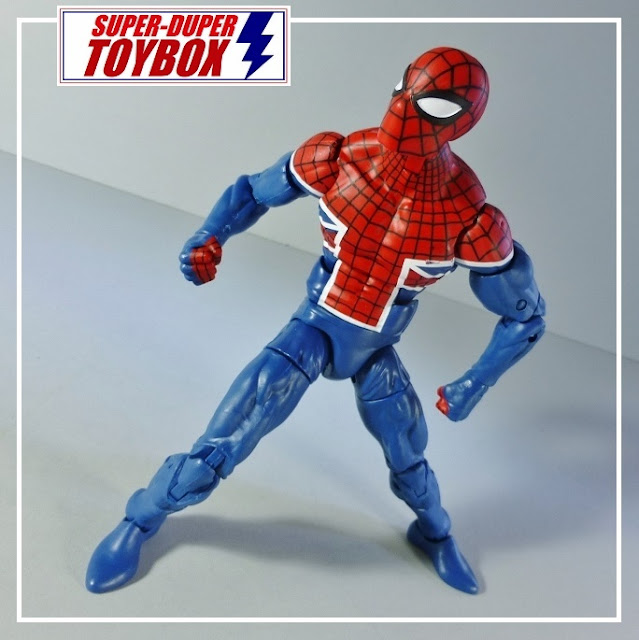 Billy Braddock was a member of the Captain Britain Corps and fugitive from the now extinct Earth-833, who teamed up with the other web warriors to battle the Inheritors in Spider-Verse. My experience with that series is very limited as I mostly stopped buying the new monthly books at the end of 2014, a gap in my readership I'm currently trying to fill with my new subscription to Marvel Unlimited. 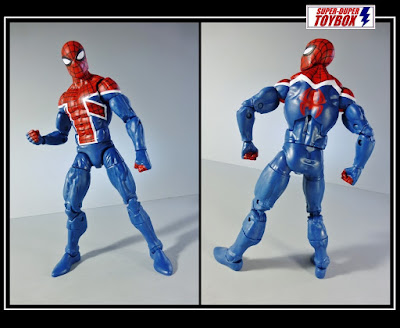 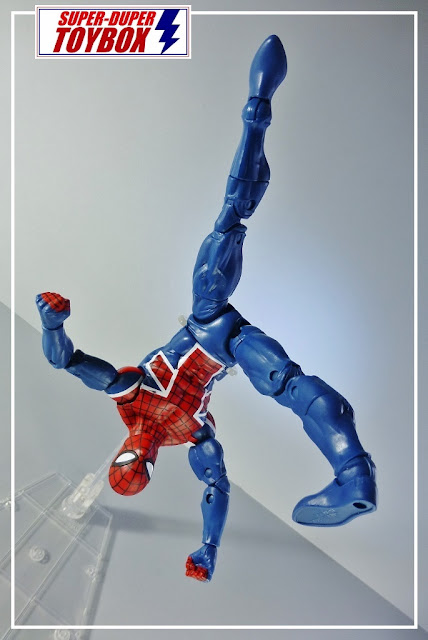 Captain Britain was created exclusively for the British comics market in 1976, but now fights among the main Marvel continuity wearing this, his latest uniform. The pectoral "shelf" of this buck, used previously on Sentry, is a little weird, but I do like this action figure. I literally have no reading experience with Captain Britain/Brian Braddock, but I'm sure that will change with the aforementioned Marvel Unlimited subscription. The painted buckles on his boots and shoulder insignia are nice details, and I like the forearm wraps. 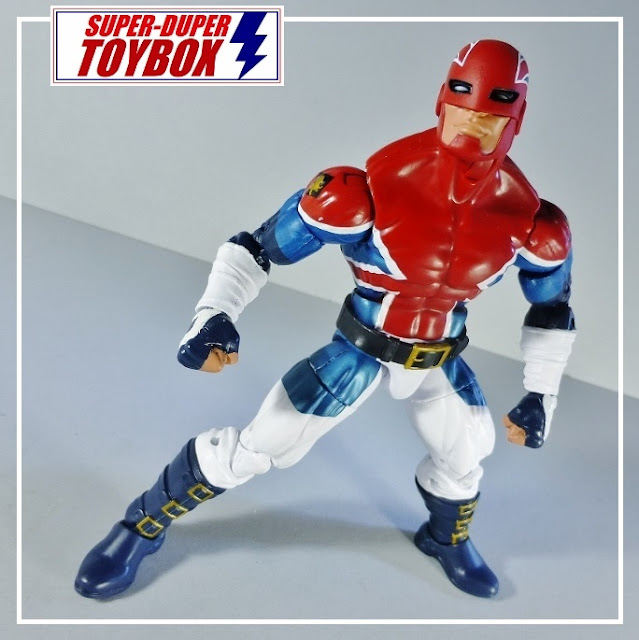 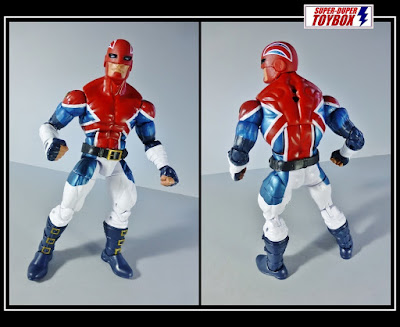 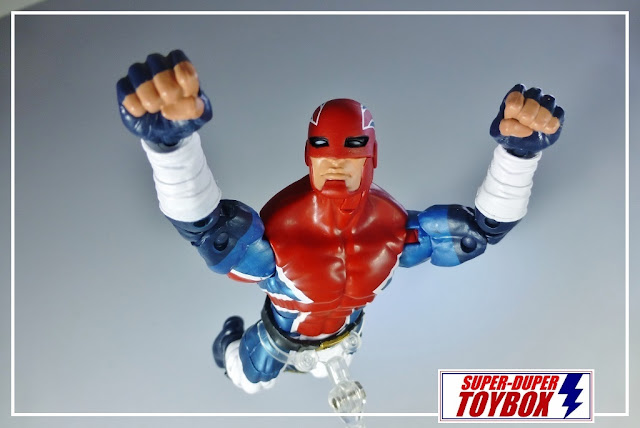 For comparison, below are Spider-UK with my All-New Amazing Spider-Man, and Captain Britain with my Marvel NOW! Captain America... 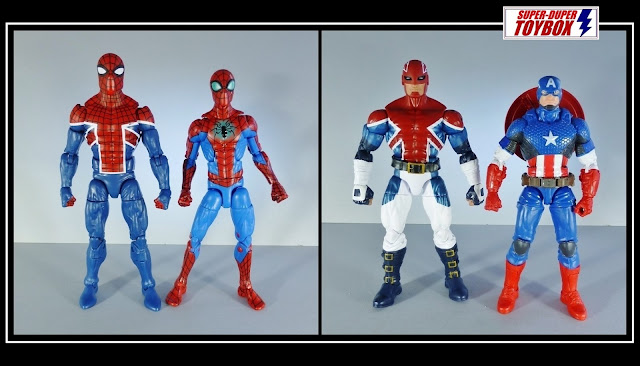 While there's nothing in the way of accessories, and both characters are C-grade heroes in the Marvel Universe, I like them a lot as a pair. I'm a little more excited about Captain Britain due to his more interesting deco with the painted buckles and all, but Spider-UK is sporting a new buck that I feel is closer to an anatomically realistic. You should be able to pick either one up loose at half the retail price on eBay... 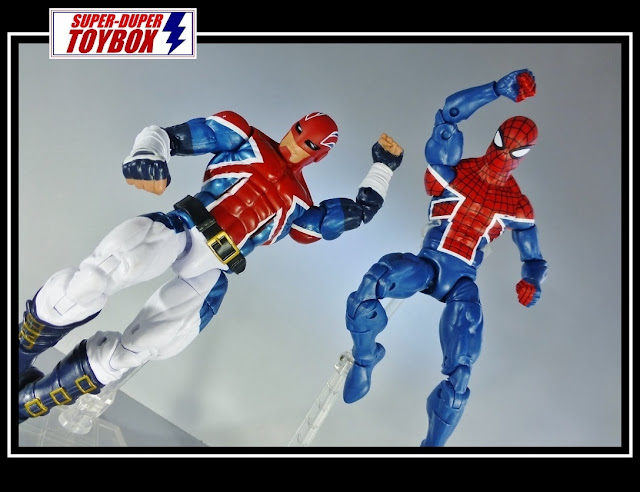 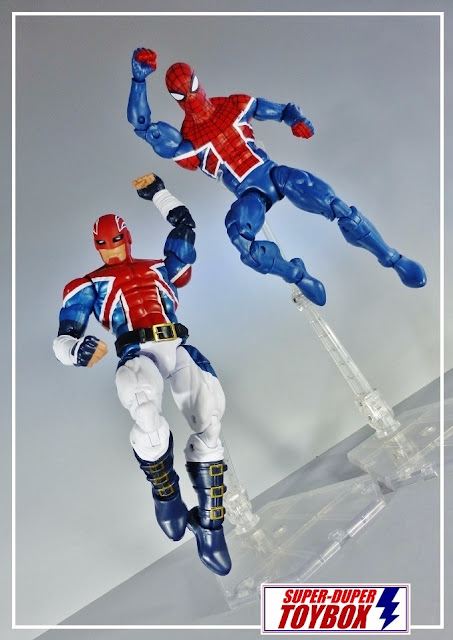 More Later- Make It FUN!
Posted by Super-Duper ToyBox at 12:52 AM