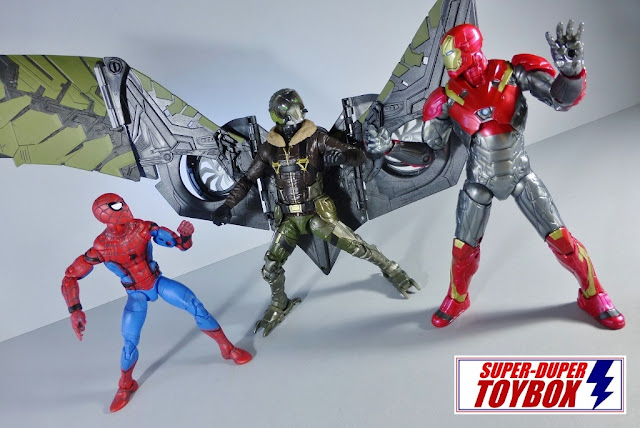 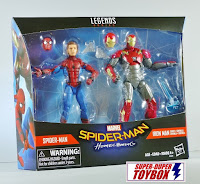 I loved Spider-Man: Homecoming, finally catching it on blu-ray months after it's silver screen debut, and began to look more closely at some of the merchandise thereafter. The Spider-Man/Iron Man Mark XLVII Sentry 2-pk was found from a seller on e-Bay at a discounted price, containing two of the action figures I was most interested in, but I had to pay more for the totally awesome Vulture BAF from another seller. There were lots of complaints about the web wings on Spider-Man and Iron Man's limited hip articulation, and rightly so, but the alternate Peter Parker/Sentry heads in the 2-pk make it a must-have. And the Vulture BAF is a triumph of modern action figure design, with it's highly articulated 22+ inch wingspan. Check out the video:

I would have liked a taller display stand for the Vulture's wings, but it's hard to deny this may very well be the best Legends BAF Hasbro has produced in recent years. The wings are an entire thing unto itself, but the figure is nothing to sneeze at either, with the level of sculpt and paint detail we've come to enjoy on Hasbro's best movie figures. Just amazing... 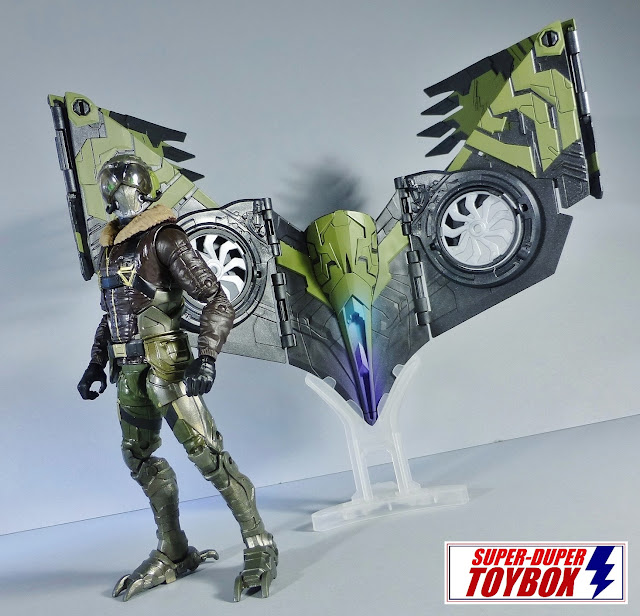 More Later- Make It FUN!
Posted by Super-Duper ToyBox at 8:24 AM