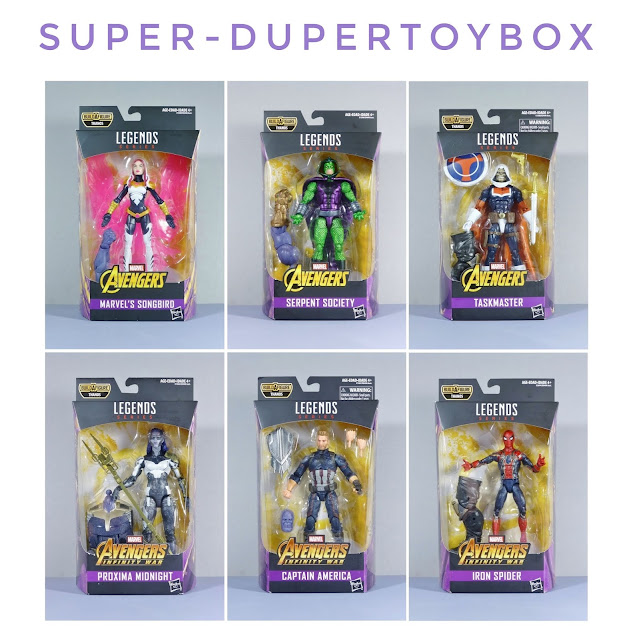 There was a fair enough amount to like this Infinity War Wave for a lot of Marvel Legends collectors, but I was mainly in for the Thanos BAF. I also liked the Iron Spider, and Songbird has a retro Marvel Comics appeal to her, but I'll likely sell most of these on the Super-DuperToyBox eBay store in the future. There was also a Bleeding Edge Iron Man, but I'm fully stocked on that character, and was pleased with the Black Panther Wave Invisible Iron Man, which included a Tony Stark head. Check out the video: 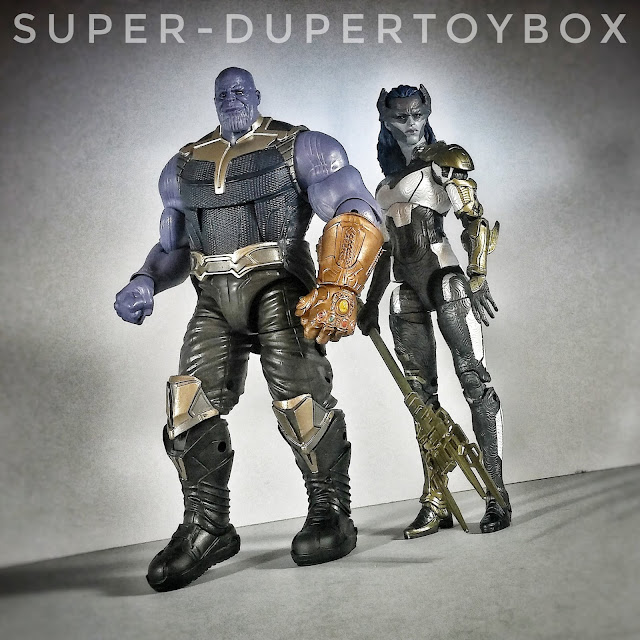 Below, Infinity War Thanos BAF with the recent Walmart exclusive Thanos, a repaint of the 2015 Thanos BAF. Be sure to follow the Super-DuperToyBox Instagram to see more photos of what I'm looking at! 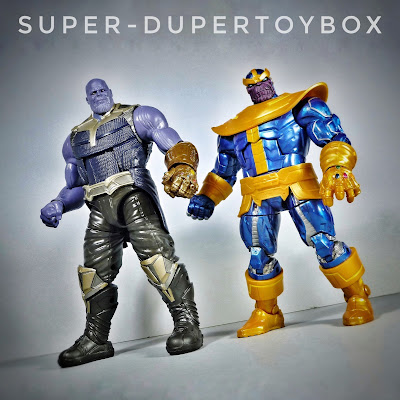