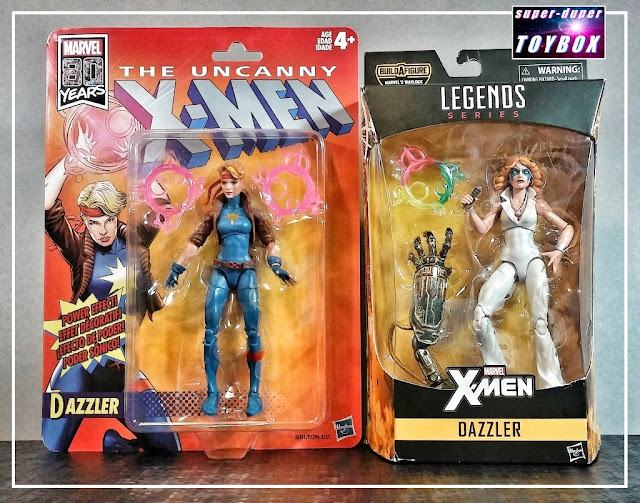 Dazzler was a slow burn for me, from the 2017 X-Men Series "Classic" version, up to the latest 2019 Retro Series, appealing to the younger '90s kids with it's ToyBiz-inspired, X-Men cardback. The latter is somewhat a stand-in for the Marvel Legends Rogue I never picked up, wearing the same jacket and belt of that figure- even a sporty headband! Rogue's secondary market price has ballooned, but Dazzler in her '90s gear will do fine. Check out the video:


I can't say enough good things about these two, though the 2017 classic version on roller skates with feathered '70s hair and disco outfit is probably the more original/unique action figure- we don't often get one on roller skates. That said, the Retro Series Dazzler scratches an itch for me personally. Of note: Dazzler was originally commissioned as a cross-promotion between Marvel Comics and Casablanca Records, who had struck gold previously with the rock group Kiss. While this project fizzled, Dazzler first appeared in Uncanny X-Men # 130 (1980), and went on to be published under her own title from '81-'85, and the X-Men in the years following, before disappearing for most of the next two decades. Read more about Dazzler at Comic Vine! 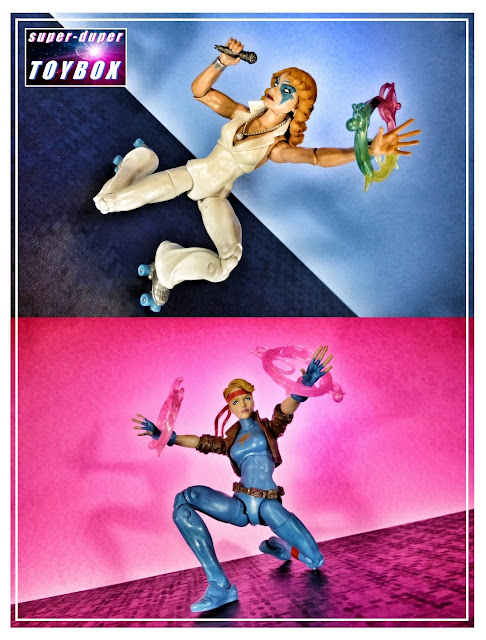 More Later-Make It FUN!
Posted by Super-Duper ToyBox at 12:33 AM