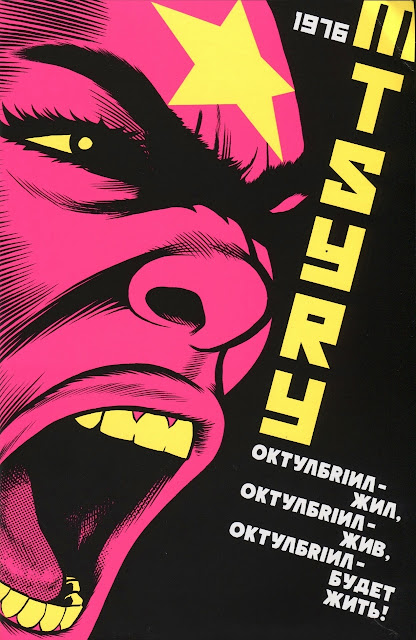 In my ongoing search for great YouTube content on comic books, I came across Cartoonist Kafabe with Ed Piskor. and Jim Rugg, two cartoonists who have worked for larger publishers like Marvel, DC, and Image, but also have seen success as independent creators. Jim solicited his own Octobriana 1976 on Cartoonist Kafabe, published this year by Adhouse books, which bears the distinction of the world's first comic printed in fluorescent blacklight ink. It's raw graphic style and over the top action caught my attention, so I threw down for it. 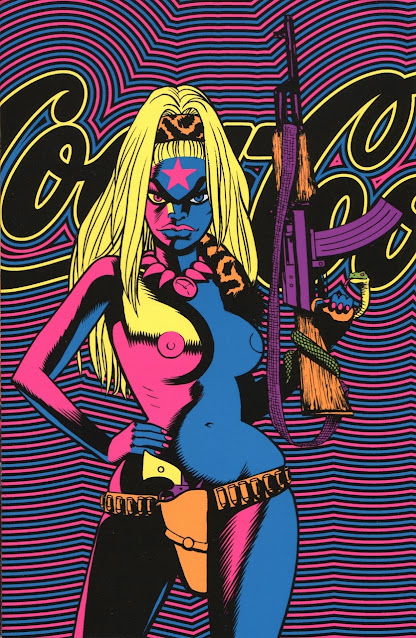 Octobriana was appropriated from Check writer Petr Sadecky's 1971 book about a supposed comic book character he researched while dropping out in the '60s with the PPP (Progressive Political Pornography), who went on to appropriate the character as a symbol of anti-Soviet resistance. A pseudonym or two later, and Octobriana, Sadecky's completely fabricated character, slipped into public domain. Her different presentations brought cult status before Rugg brought his retro '70s exploitation presentation to us this year. This dynamic, colorful sprint alongside the ferocious Octobriana never stops moving, exploding with large panels and halting splash pages. 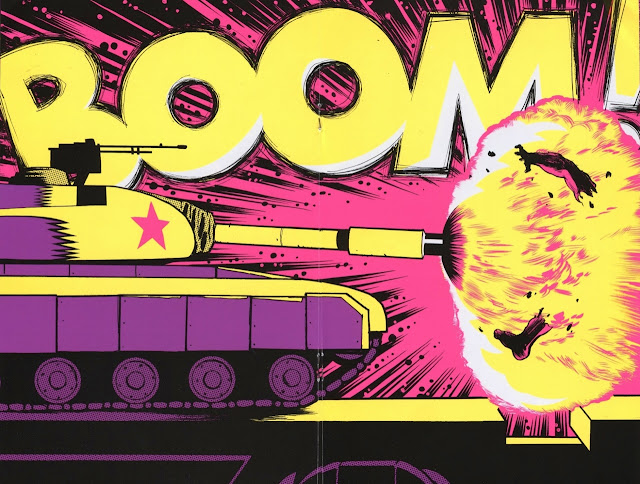 Rugg had me with the savage Octobriana, but cinched it with Robot Stalin, here a metallic Colossus whose train bound Terabomb must be stopped in pursuit of revolution for Mother Russia! 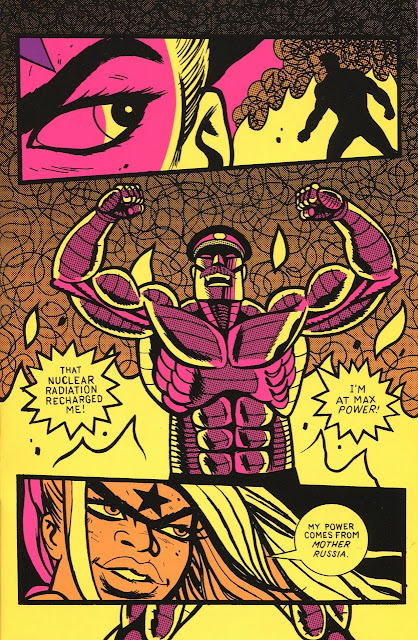 I love the style this book is drawn in, and Jim Rugg gives us a lot of big panels and splash pages that I looked at over and over again, even putting a blacklight to, where it really shined. The 2-page splash featuring Octobriana's battle with Robot Stalin was imaginative and fantastic! 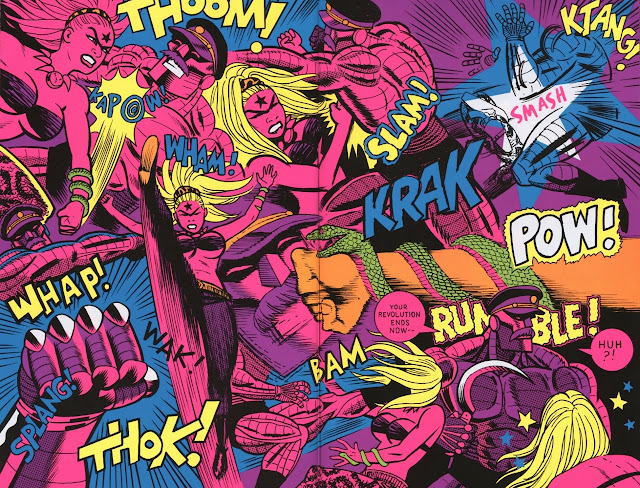 I won't spoil any more of this very short 26 page issue, but the B-Movie vibe attributed in Tim Hayes review in the Comics Journal nails it on the head. I'm unsure if Jim Rugg plans to continue this series, but it has potential, even if in a limited basis. Beautiful to look at and fun! Recommended! 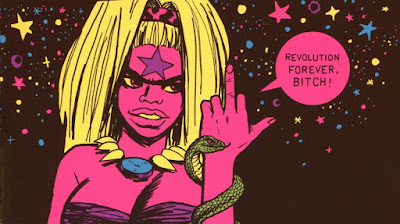