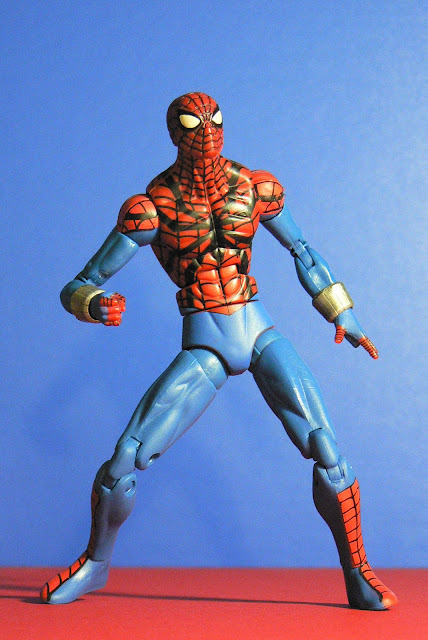 I scored this 6" Marvel Legends Scarlet Spider by Hasbro just a couple weeks ago on E-Bay for ten bucks- he came loose, but I wasn't going to pay for one in the box this time since I planned on opening him anyway. I always liked this version of the outfit worn by Ben Reilly, a clone of Peter Parker, first appearing in Amazing Spider-Man #149 (1975)... it's a long story, folks. 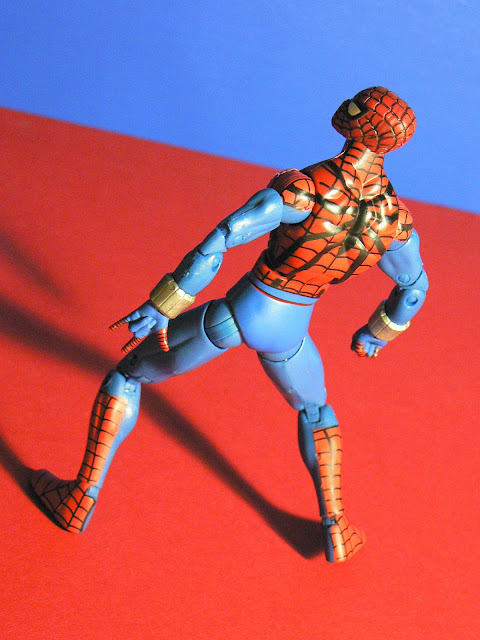 This toy was a fun addition to my other two Marvel Legends Spidey figures- a must have! He has many points of articulation, though no hinged fingers like my other two Spideys, a stationary clenched fist and "web-shoot" positioned hand instead- it works. One problem all three of the Spideys share is the inability to pull their legs/thighs into a 90 degree angle in front of their body- the way the ball-hinge assembly is connected to the pelvis only allows movement to the sides. 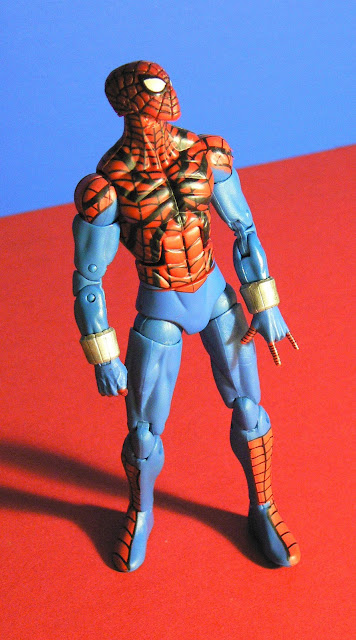 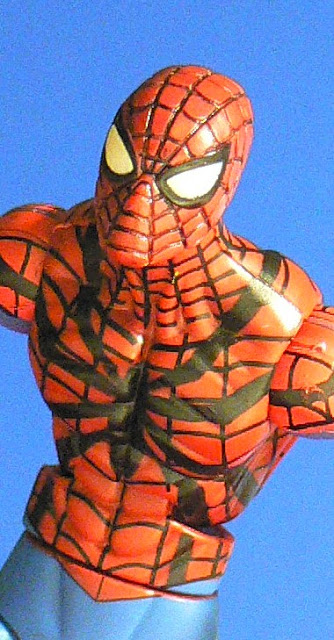 I like the way his head swivels on a ball joint and the incised weblines detailing his mask and eyes. The rest of the paint is okay, and the body sculpt is to my liking enough. His nice coloring made him a joy to photograph! 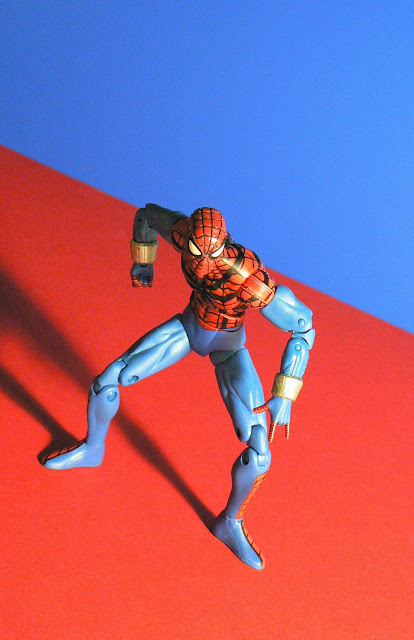 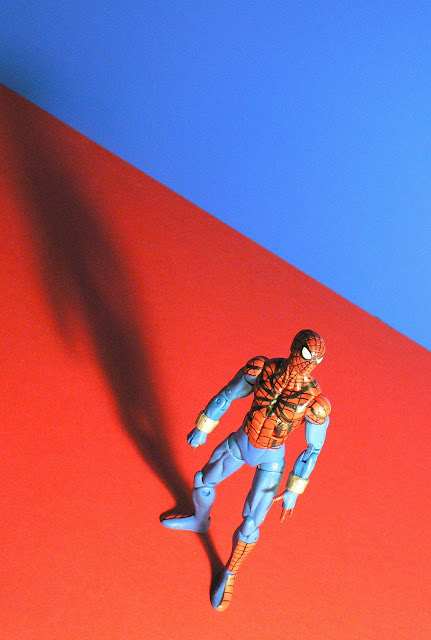 I had no knowledge of this alternate Spiderman until 1996 however, when I picked up Spiderman Team-Up #5, which featured Gambit and Howard The Duck- a FUN comic! I still have it.... 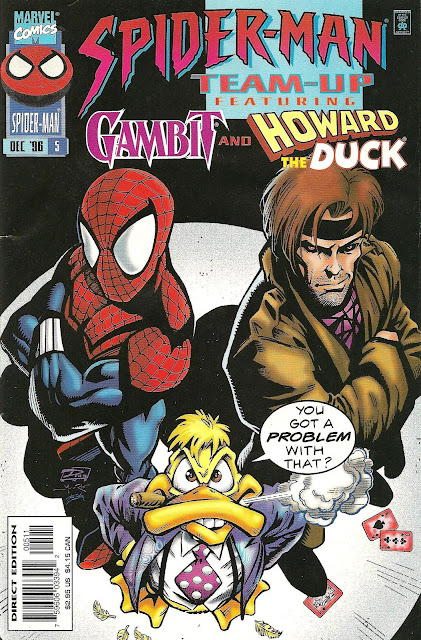 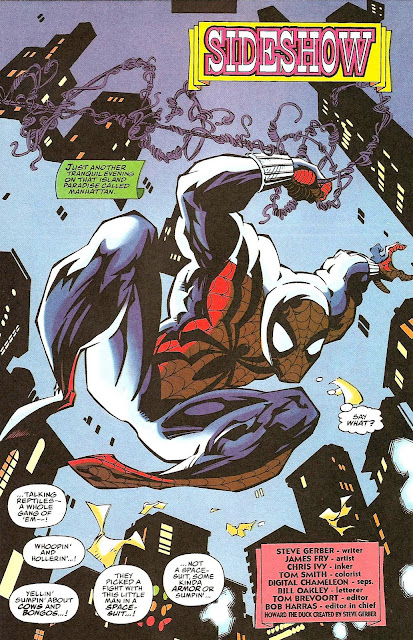 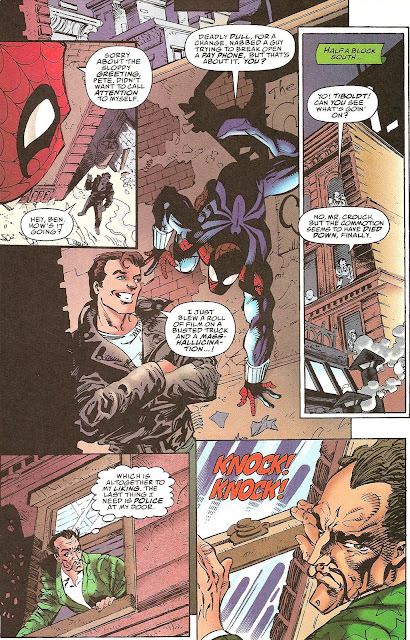 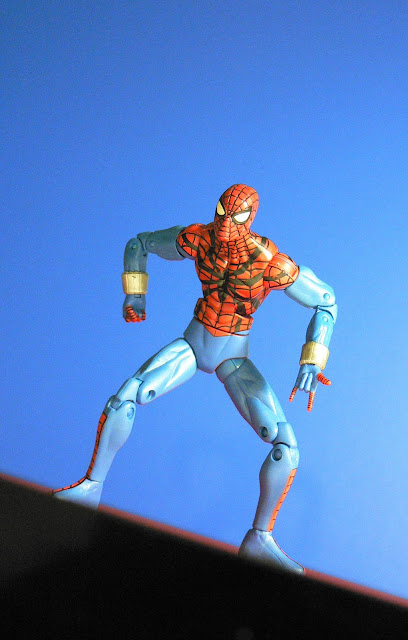 http://www.spiderfan.org/comics/reviews/spiderman_teamup/005.html
Posted by Super-Duper ToyBox at 12:33 AM