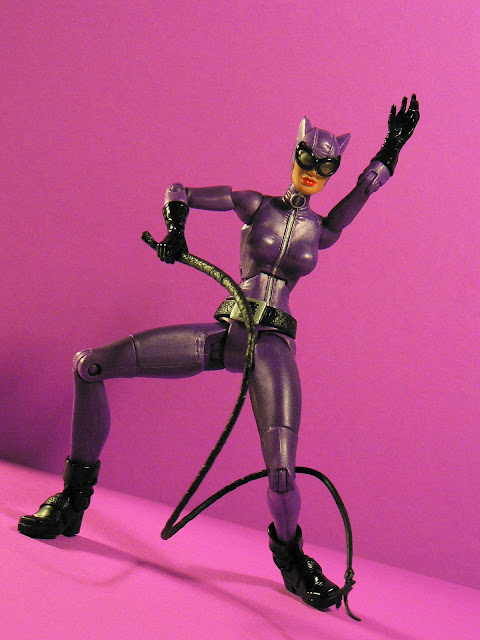 Prior to what we know as the elusive and coveted DC Classic Universe line by Mattel, a very similar design of 6" action figures were being released as the DC Superheroes line. Among those was a Catwoman much like this, painted all black with a backpack & cat statue (2007). I felt okay about scoring this one loose on E-Bay for $11.55 (shipping included), largely due to having witnessed the black version incite an outright bidding war. 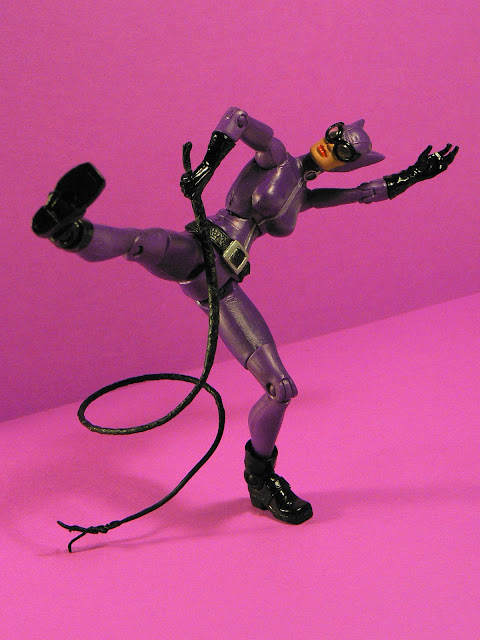 This purple variant was released in a Wal-Mart exclusive Gotham City 5-pack in 2009, which included Batamn, Superman, Lex Luthor, and Two-Face- you can get this set for anywhere from $65.00 to $100.00 currently from a variety of online sellers. 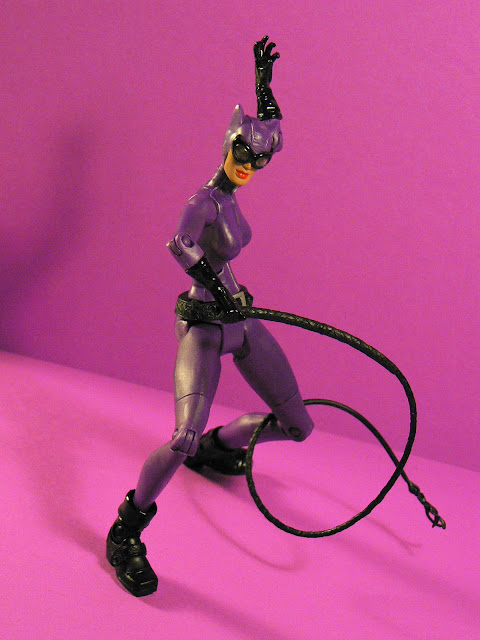 I must say she was FUN to photograph with her (laughs) rubber whip, and was relatively easy to pose, due in part to her wide boots- She stands a little easier than the DCUC Cheetah I just got... kinda cute, isn't she? 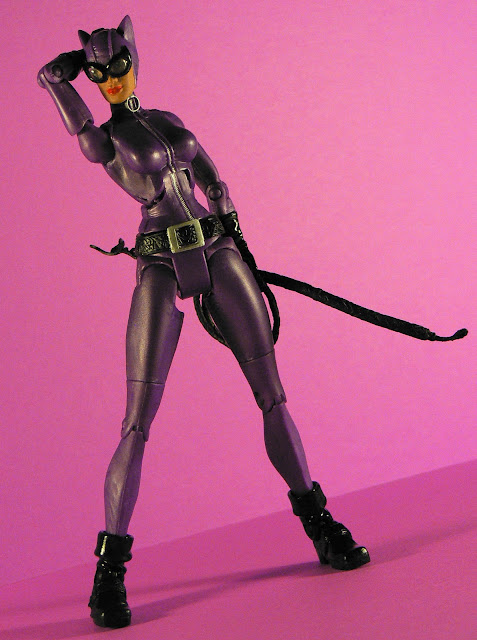 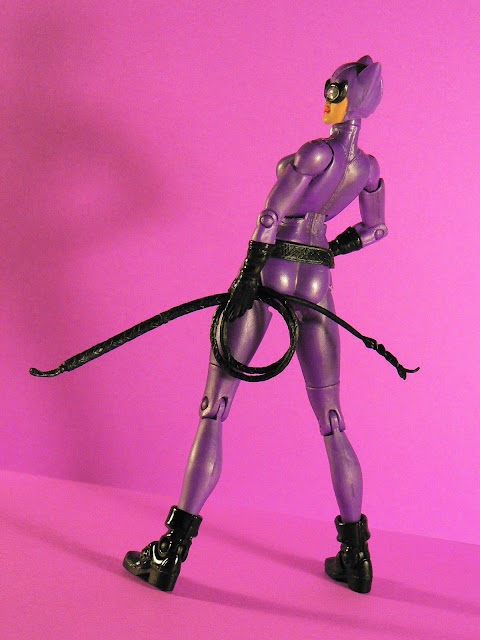 Better watch out, Batman! This saucy minx looks like she might scratch...! Catwoman is, of course, Selina Kyle, the DC super villain that seems to enjoy getting under Batman's cowl. Their romance is one of The Dark Knight's longest running, first appearing in Batman #1 (1940). 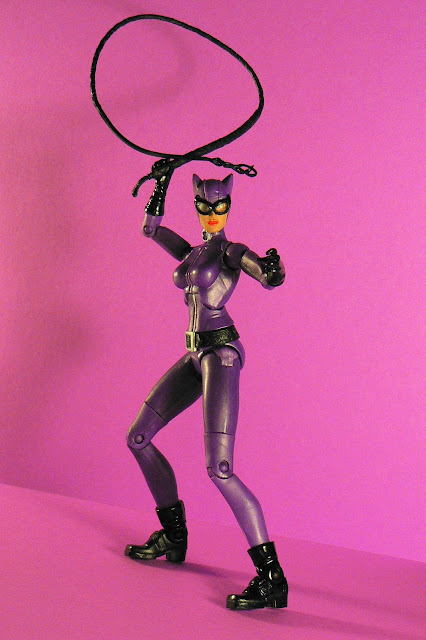 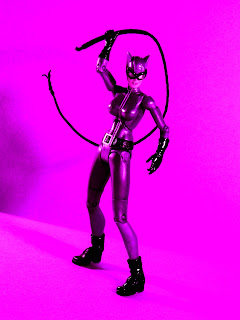 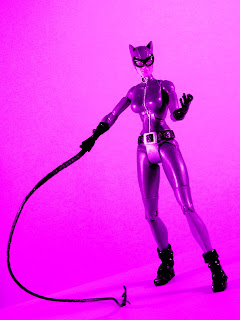 * Visual checklist & reviews of the DCUC line at DCClassics.Com!
*History of Catwoman at Wikipedia!
*Kenner Legends of Batman: Batman Vs. Catwoman dolly action figure set at Super-DuperToyBox!
*13" Deluxe Collector Edition Catwoman by DC Direct at the Fortress of Testicular Fortitude... don't be afraid to peek!
Posted by Super-Duper ToyBox at 11:49 PM